£50,420 when new
Read why you can trust our independent reviews 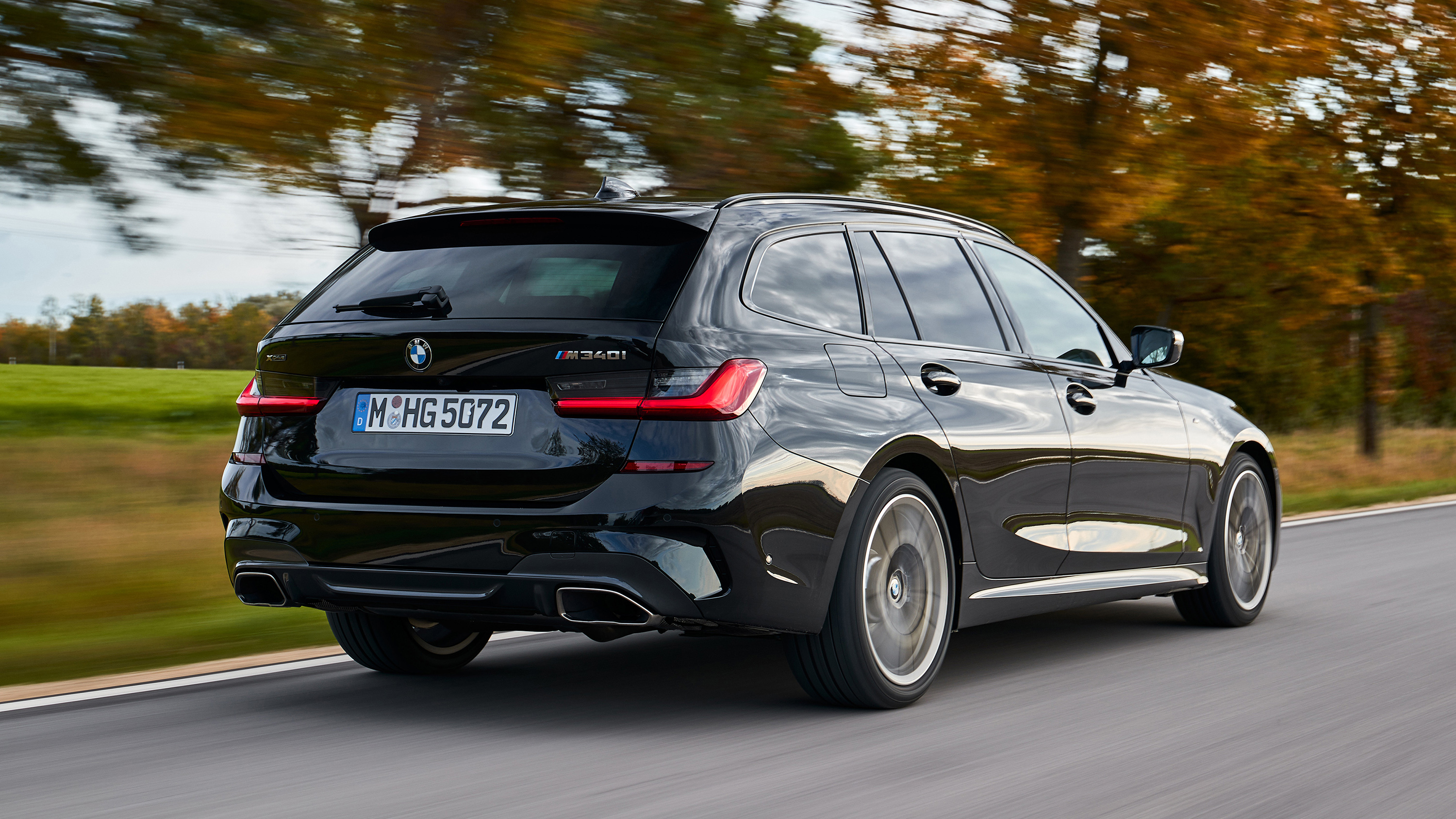 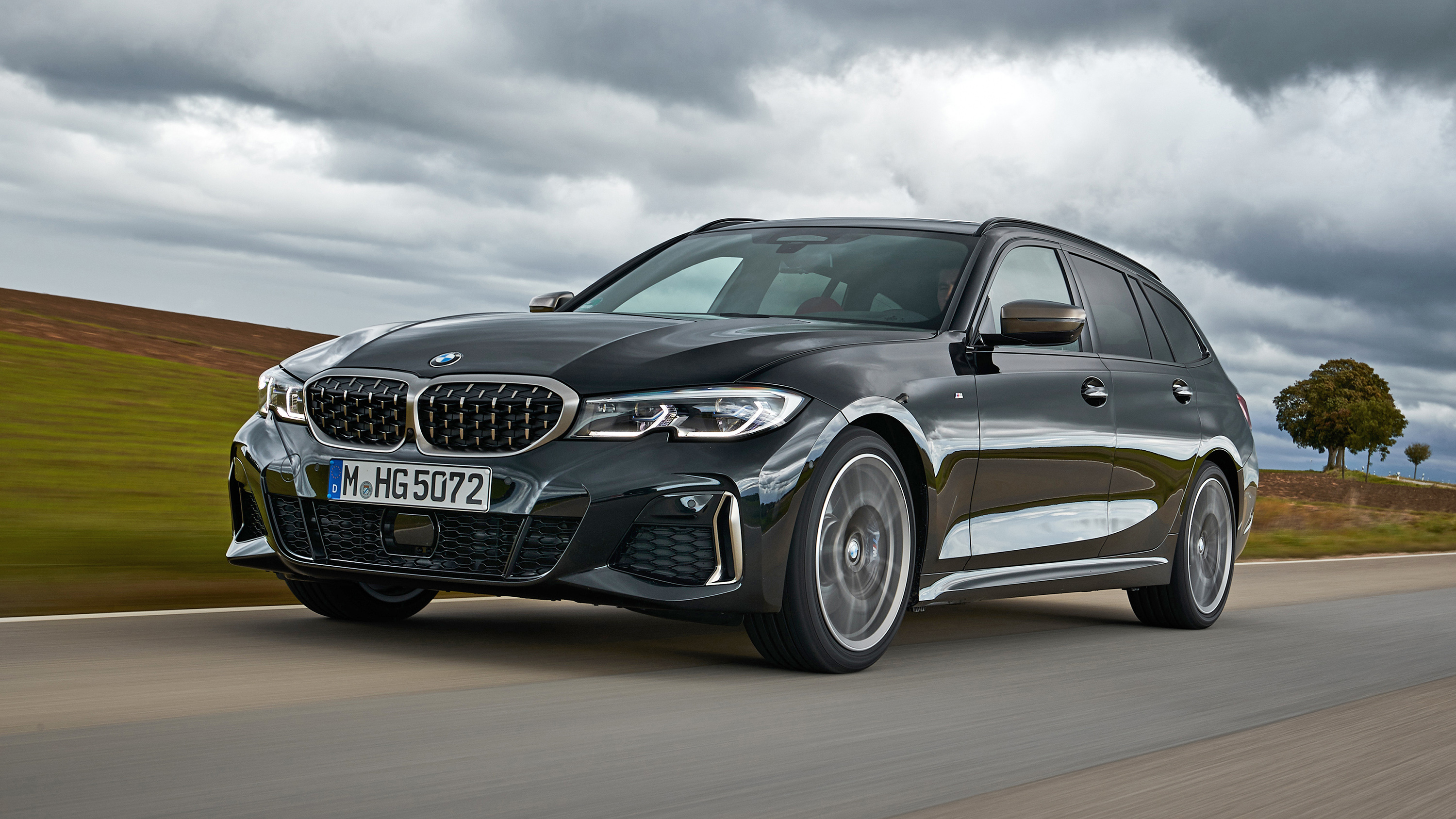 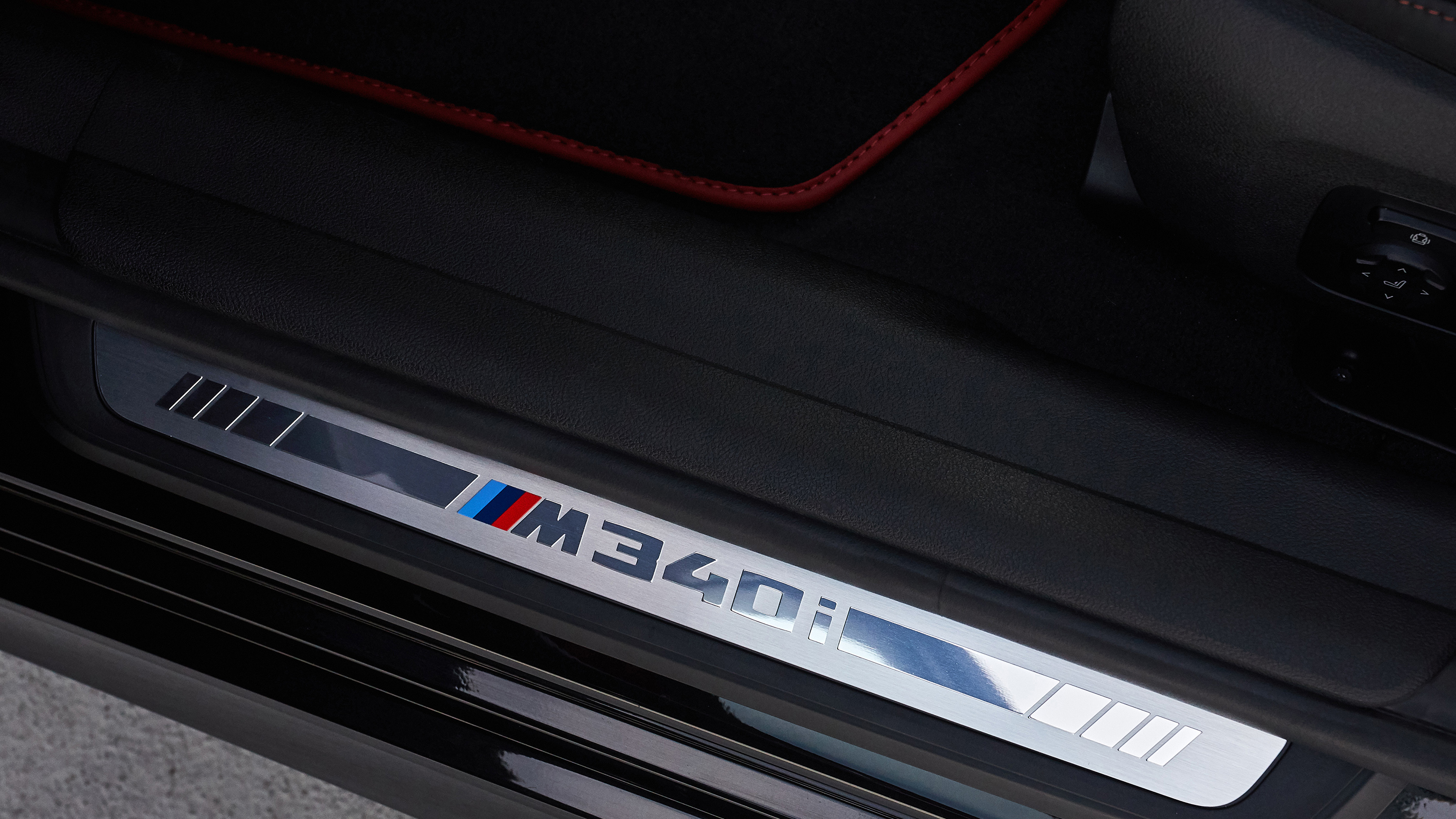 The best car in the real world?

Potentially. This is the BMW M340i Touring and it’s a classic recipe with some slightly new ingredients. So you have the 3 Series – the absolute bread’n’butter of not only BMW’s range, but the whole posh saloon landscape – with a big boot at the back and a large, six-cylinder petrol engine at the front.

What’s new is the standard fitment of xDrive, aka four-wheel drive. But, being BMW, it’s a system that’ll happily throw a good chunk of power at the rear axle if the car’s big electronic brain senses you’re in the mood for fun.

How much power are we talking?

It’s a 3.0-litre straight-six turbo, rather like the one you’ll find in the BMW Z4, and in turn the Toyota Supra and Morgan Plus Six, too. With a stocky 1,745kg to move around (yep, that’s a lot) it’s actually making a bit more power here, with 369bhp and 369lb ft peaks yielding a 4.5sec 0-62mph sprint and an inevitable, electronically limited 155mph top speed. An eight-speed automatic gearbox is your only transmission option.

It means this is the most exciting 3 Series that isn’t an M3. And therefore you’re looking at the quickest, hottest 3 Series Touring on sale now, and perhaps ever, given ever-stringent regulations could soon make transporting your offspring with 6cyl petrol power as shameful as leaving them in a pub, David Cameron style.

For now, though, it’s cool. At least in our eyes. This has the potential to be the only vehicle you’ll ever need if you’ve only a couple of kids (or bikes, or surfboards…) to shuttle around. Practical enough to do the dull stuff, but enjoyable enough to negate the need for a second car drunkenly purchased in the depths of the classifieds in an attempt to keep your enthusiast flame burning.

Well, I think they’ve nailed it. The M340i feels tauter and more precise than other Threes – thanks to the M Sport treatment of stiffer, 10mm-lower suspension, bigger brakes and an electronically operated locking differential at the rear – but forgoes none of their luxury. It’s basically as big as a 5 Series was in the Nineties, but feels as mature and jampacked with tech as Fives do now.

More size and kit also means more weight, naturally, and it’s evidently softer and less agile than an E46 3 Series Touring, which is about as good as small estates have ever been from a driving perspective. But then that’s the price of this car’s newfound luxury. It’s eerily quiet on a motorway and is full of cocooning active safety systems that can, should you wish, be turned off.

For when I want to have fun without the kids?

Indeed. And the M340i delivers on that front too. It’s a bit less pure with xDrive and an auto ‘box as standard, but it still knows how to cut loose and with loosened stability control there’s plentiful mischief still on offer. And it’s going to be much less of a liability when the UK suffers its rare snow days. Wouldn’t want our 15 minutes of fame to come courtesy of a local news shot titled ‘car in ditch’ now, would we?

Accept this is a more grown-up car than its predecessors and you’ll love it. The powertrain is exemplary, making a properly appealing 6cyl noise at all revs but with dollops of accessible torque so that you don’t have to wring the engine right out if you’re not in the mood. You often will be, though. The eight-speed gearbox has delightfully short ratios that quickly entice you into manual shifting. You won’t like the crap plastic paddles, but you will like the transmission they snappily conduct.

Z4 engine. Does it feel like a Z4 estate?

Not far off. I ran a BMW Z4 M40i for six months and while I never truly loved it, its mature swagger ensured it blended into everyday life with far more ease than any other two-seat roadster currently on sale. The M340i makes all the same noises and exhibits a similar, soft-edged sense of humour when you’re driving it a bit harder. And you’ve an identical set of dials and buttons laid out ahead of you. They’re different-shaped peas from the same pod.

Tell me of practical things.

There’s loads of space in the back seats for kids, and roughly enough for most adults. Boot space could be better – a Ford Focus estate beats it, both seats up and down – but the separately opening tailgate glass remains hugely satisfying to use and offers numerous practical benefits. You’re less likely to muddy your hands and trousers by parachuting bags through its aperture rather than fully opening the hatchback, for instance.

All of the criticisms keen drivers might fairly level at the M340i aren’t exclusive to it, they’re just the symptoms of cars constantly getting safer, cleaner and more packed with tech. And thus heavier. This isn’t the darty, involving 3 Series Touring older readers might know and love but it’s still absurdly good to drive for a 1.7-tonne estate car. And it puts up a strong fight against the 300kg-lighter Alfa Romeo Giulia and Jaguar XE that, nowadays, just pip the 3 Series to class handling honours.

Neither Jag nor Alfa can be bought as an estate, though, their makers offering SUVs for those needing more room out back. And if you seek solace from such ubiquitous, high-riding machines, then sensible cars get no more appealing than an M340i Touring. Which doesn’t just represent peak 3 Series; if you like how a car steers, it’s probably peak family wagon.