£619 p/m
External link to
with Leasing.com
Read why you can trust our independent reviews
Top Gear Team
Published: 04 Jan 2022
Skip 22 photos in the image carousel and continue reading 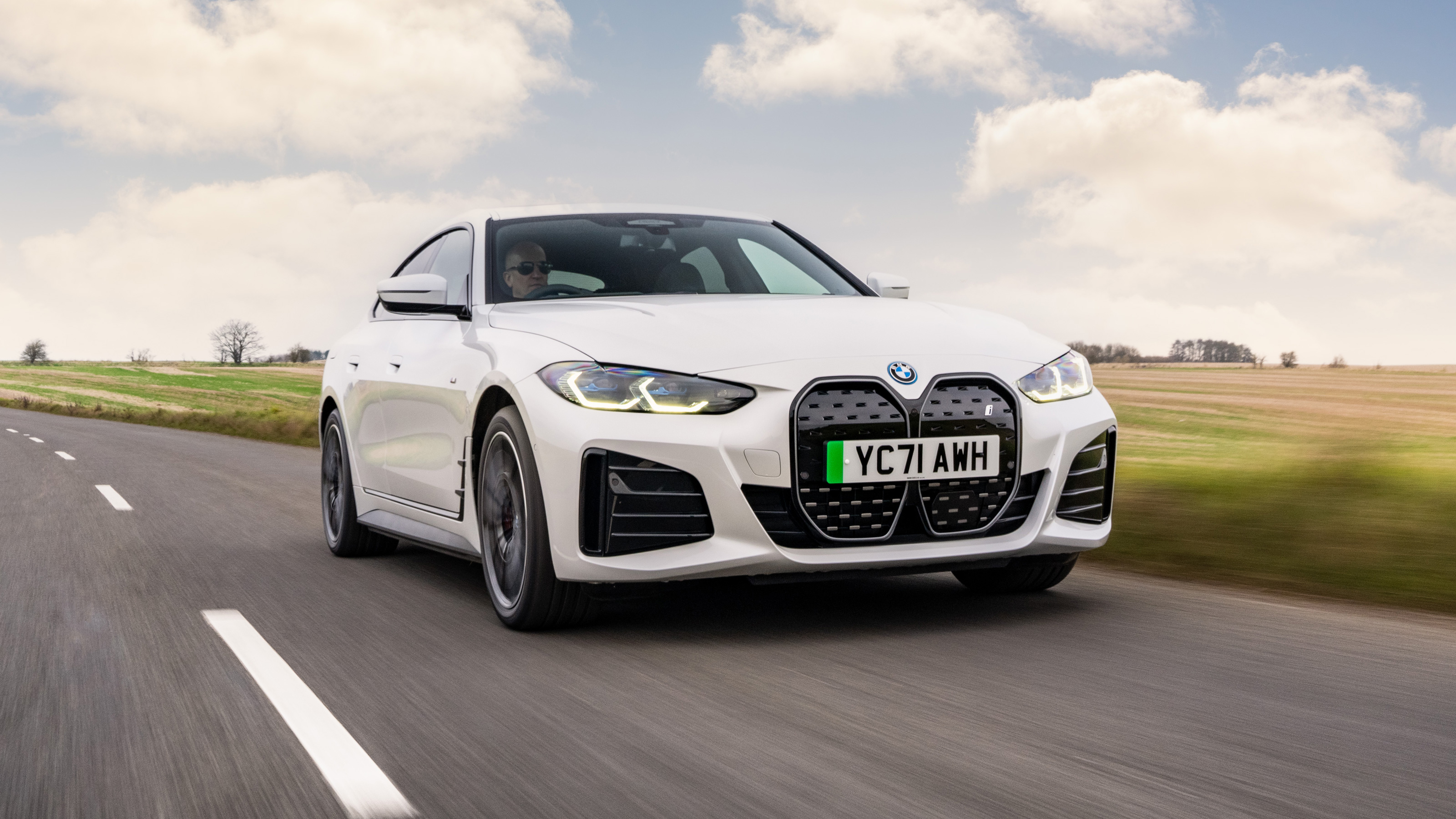 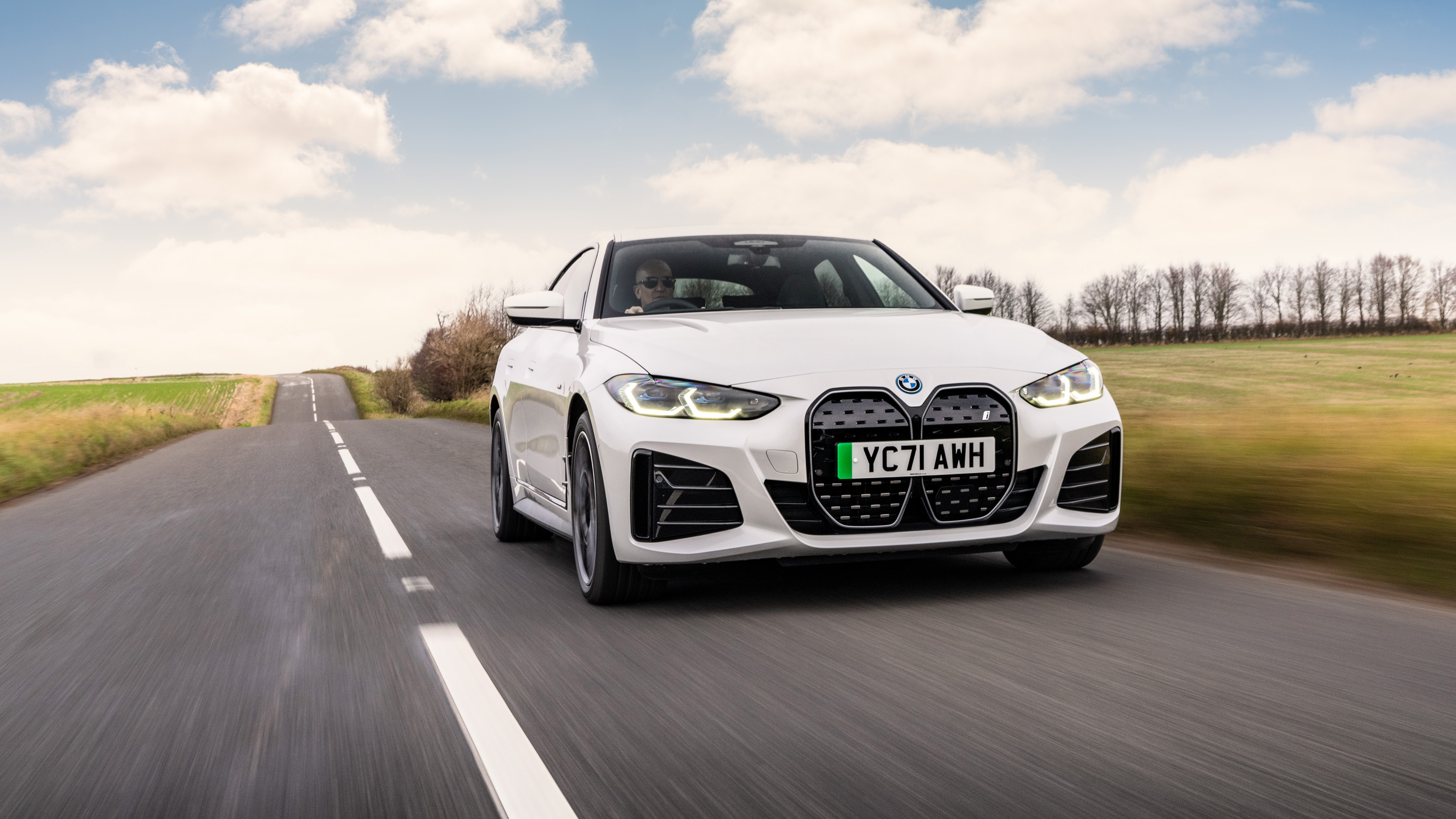 Not as engaging as we hoped. New operating system is annoying

On the face of it this is a mighty attractive idea and an easy thing to describe: an electric 4 Series Gran Coupe. Although to be truthful it's not that, because frankly that'd be a bit of a bodge-up.

It has a different floor, suspension and even seats, all to fit around the electric bits. And it wears a new dash that's on-trend with the enormo-screen experience beloved by fashion-forward EV buyers.

By which of course we mean the Tesla Model 3 and Polestar 2. Yup, the i4 has in its sights those low-slung, fast but not-ridiculously-unaffordable electric cars. Prices for the rear-drive i4 eDrive40 start at £52k, for a zero-to-62mph under six seconds and 365 miles of electric range.

BUT AREN'T 'PERFORMANCE' EVS SUPPOSED TO TEAR YOUR FACE OFF?

Step up to the twin-motor i4 and it does 0-62 in 3.9 seconds. It sits in the M Performance hierarchy, called the i4 M50 and costs £64k. As you'd expect it has firmed-up suspension. But its bigger tyres and extra motor erode the range to 318 miles.

We tested the M50, and yes it is startlingly rapid, especially so if you've double-pressed the mode switch into 'sport boost'. A fairly po-faced name compared with 'ludicrous' we know, but it's effective. While most electric cars seem to run out of enthusiasm once you're broaching UK motorway speed, this one keeps forging ahead into autobahn territory. It's limited to 140mph and can get there in quite some hurry. That's partly due to the design of BMW's motors, which have no permanent magnets. That also means they use no rare-earth metals.

Yet to be honest we're still not sure the M50 is the optimum i4. Sure it has frankly brutal acceleration and grip, especially as the test car had optional 20-inch wheels and tyres. But perhaps in pursuit of all that, it sacrifices the delicacy and feel of the best of BMW's cars.

Whereas the cheaper i4, the eDrive40, has nicer steering, a more compliant ride, and a lighter-hearted RWD attitude to corners. It's not so fast, but it's more fun on real roads.

In the British winter at British motorway speed, our real range in the eDrive 40 was comfortably 250 miles, at 3.1miles/kWh. That was with the optional 19-inch tyres, which cost about 10 miles. In warmer temps, or if you keep the car plugged in to warm it before you set off, 280 is easy, and off-motorway we've seen 3.6m/kWh or about 300 miles. Much further than our Polestar 2 experiences.

WHAT ABOUT THOSE SCREENS?

The i division's airy, new-materials openness, as seen in the i3 and iX, doesn't show up here. The i4's cabin is pretty much what we expect from a BMW sports saloon. Well, five-door hatch actually.

Apart from the new display system. Which is a pair of curved screens joined under a single glass sheet, bracketed proud of the dash itself. The screen system itself works well, and you can configure it with multiple options. There's also an iDrive controller wheel. But most of BMW's other shortcut buttons have been banished. So there's no longer one for the driver aids, and that's a right pain.

HOW MANY EVS WILL BMW MAKE?

Loads. We've seen battery versions of the regular cars – Mini, X3, and now this, which looks like a 4 Series. There are EV versions of the 3, 5, 7 and X5 in the works. But there are also the specialist all-in EVs, the i3 and iX. From 2025 there will be a new batch of EVs called the Neue Klasse, with long range thanks to their batteries being built into the structure, and heavy reliance on recycled metals.

Still, traditionalists can take heart: the company is also developing another new generation of combustion engines for intro the same year.

“More than just an electric 4 Series GC, this is a 'proper' BMW”

We like the Tesla Model 3 and Polestar 2, but there's still a vacancy for a really sweet-driving alternative. The i4, especially in RWD spec, is that alternative.

The new interface is a mixed blessing, but otherwise the cabin has all the qualities of a typical BMW. It's snug and well-made.

Meanwhile, this is a car with the sort of range that should allow almost anyone to do almost any of their road trips. It charges fast, and brisk driving or low temperatures don't harm the range as badly as some EVs.

It doesn't look like a spaceship, but lots of people don't want that. Which is why BMW does so well. This is a proper BMW.