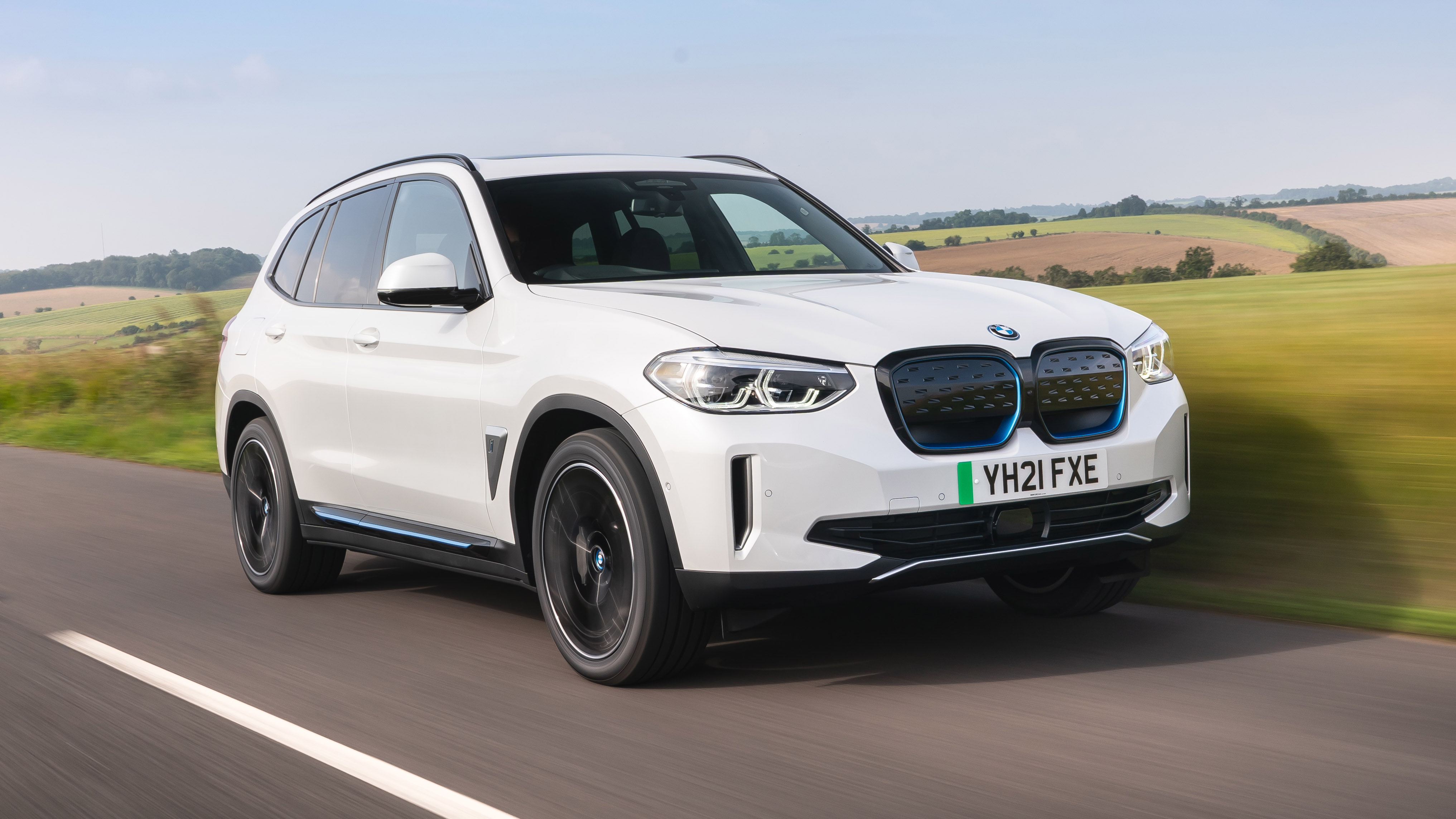 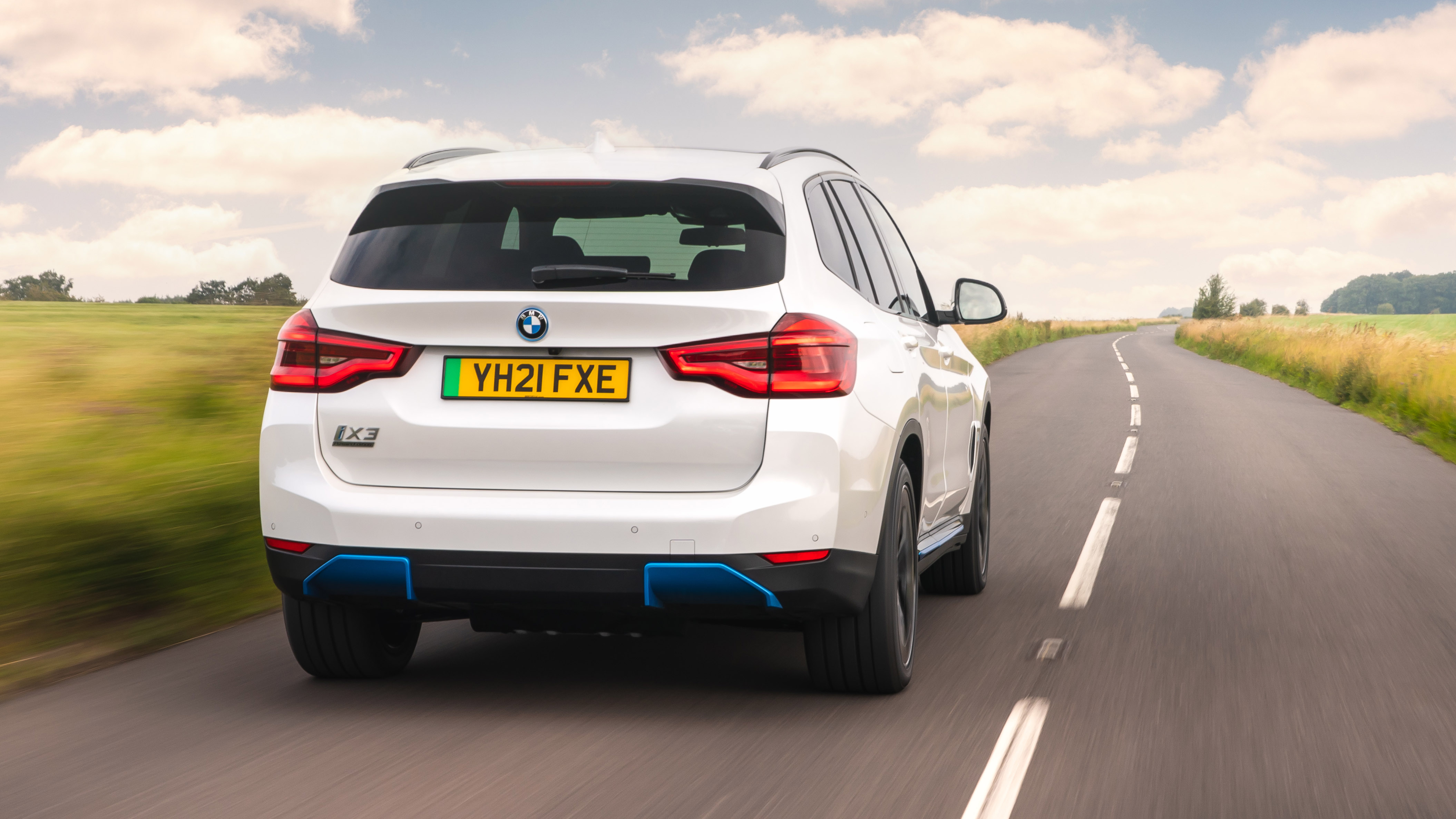 While Audi and Mercedes of course make electric crossovers of extreme smoothness and quietness, they tried hard to make the e-tron and EQC feel normal to drive. But they blew it, by making them super-normally fast. Not here. The iX3 is almost ridiculously normal.

The power comes in with urgency, sure, but it's never brutal, even when you mash the pedal. There’s only 282bhp and 295lb ft of torque shifting over 2.2 tonnes, remember. Still, the iX3 keeps on going determinedly and with the usual seamless pure-electric smoothness, up to its 112mph limit.

An automatic regeneration system takes signals from the sat-nav (for upcoming junctions, tight bends and speed limits) and the radar sensors (for traffic speeds in front). When you lift, it'll set the regeneration level to try to slow you smoothly towards the new target speed. If you lift early it'll let you coast efficiently, where fixed-level regeneration would slow you down too much then you'd be pointlessly back on the power. This system means lifting off has different effects in different circumstances, which is odd until you've learned to trust it, but really rather impressive once you do. Mercedes and Kia EVs have similar gadgetry.

Top-spec Pro versions come with an in-cabin sound generator (developed with Hans Zimmer, no less), an electronic hum that rises and falls in pitch as you change speed, and in volume as you press the pedal harder. Ease off and it sinks back to silence. At first I had it switched on, thinking it might be a useful perceptual aid to judge speed approaching corners. In the end it didn't seem to be, so I turned it off. Exactly the same happened when I drove the Porsche Taycan.

How is it in the corners?

It might be a classically RWD BMW, but you never feel the rear wheels get frisky. Any latent oversteer is anticipated by combination of traction control and surprisingly wide and grippy tyres. In fact the 4WD Jaguar I-Pace's cornering is a fair bit more playable.

Still, the iX3 is superbly easy and relaxing to make progress in. The accurate steering might not have much feel, but it weights up naturally and its response is agreeably progressive. It's also stable in the straightahead on motorways. BMW's lane-keeping system is smooth and tenacious these days, but you won't need it.

The balance between roll and suppleness is also well calibrated, and even on potted Brit roads and 20-inch aero wheels, the ride is decently supple. The dampers are adaptive as standard.

Anyway, the main thing is it's efficient – especially since you’re unlikely to be tempted out of Eco Pro mode. My drive was definitely not hanging about, and range extrapolated to 230 miles. That's usefully better than I'd have managed, experience tells me, in the Jaguar, Audi or Mercedes. Despite the iX3's smaller battery. That drive saw 3.2m/kWh compared to the 2.7 I usually see in those rivals. 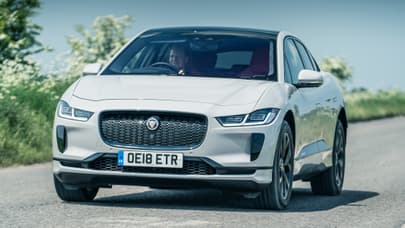 £ N/A
The I-Pace won’t be for everyone, but hats off to Jaguar for making a car that steps boldly into the unknown, and shows those pesky Germans the way 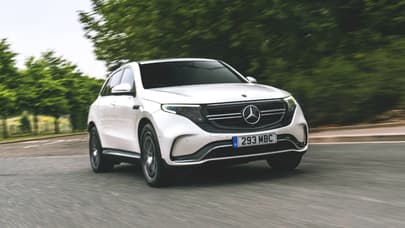 £ N/A
Comfy, refined and reassuringly normal car-ish. But it's also hamstrung by not being a bespoke EV 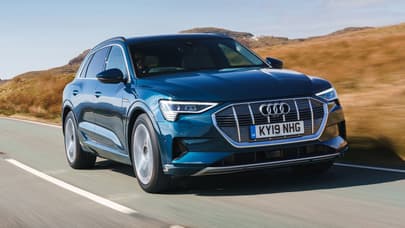 £ 71,505
A very conventional Audi, built to persuade regular SUV buyers to make the EV jump
compare car finance
Powered by
more on this car
Take one for a spin or order a brochure
order a brochurebook a test drive
Powered by