£956 p/m
External link to
with Leasing.com
Read why you can trust our independent reviews
Top Gear Team
Published: 20 May 2022
Skip 20 photos in the image carousel and continue reading 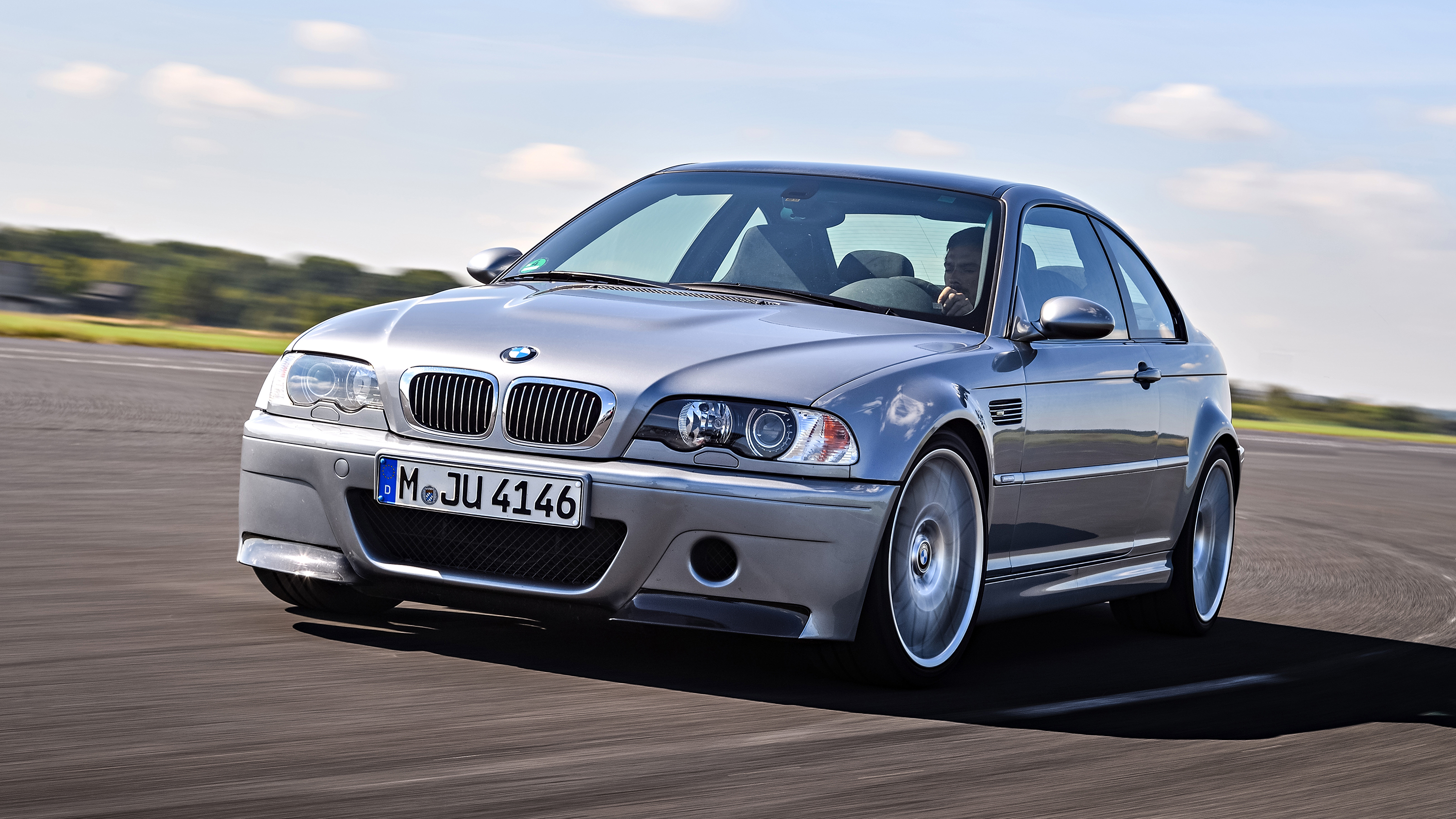 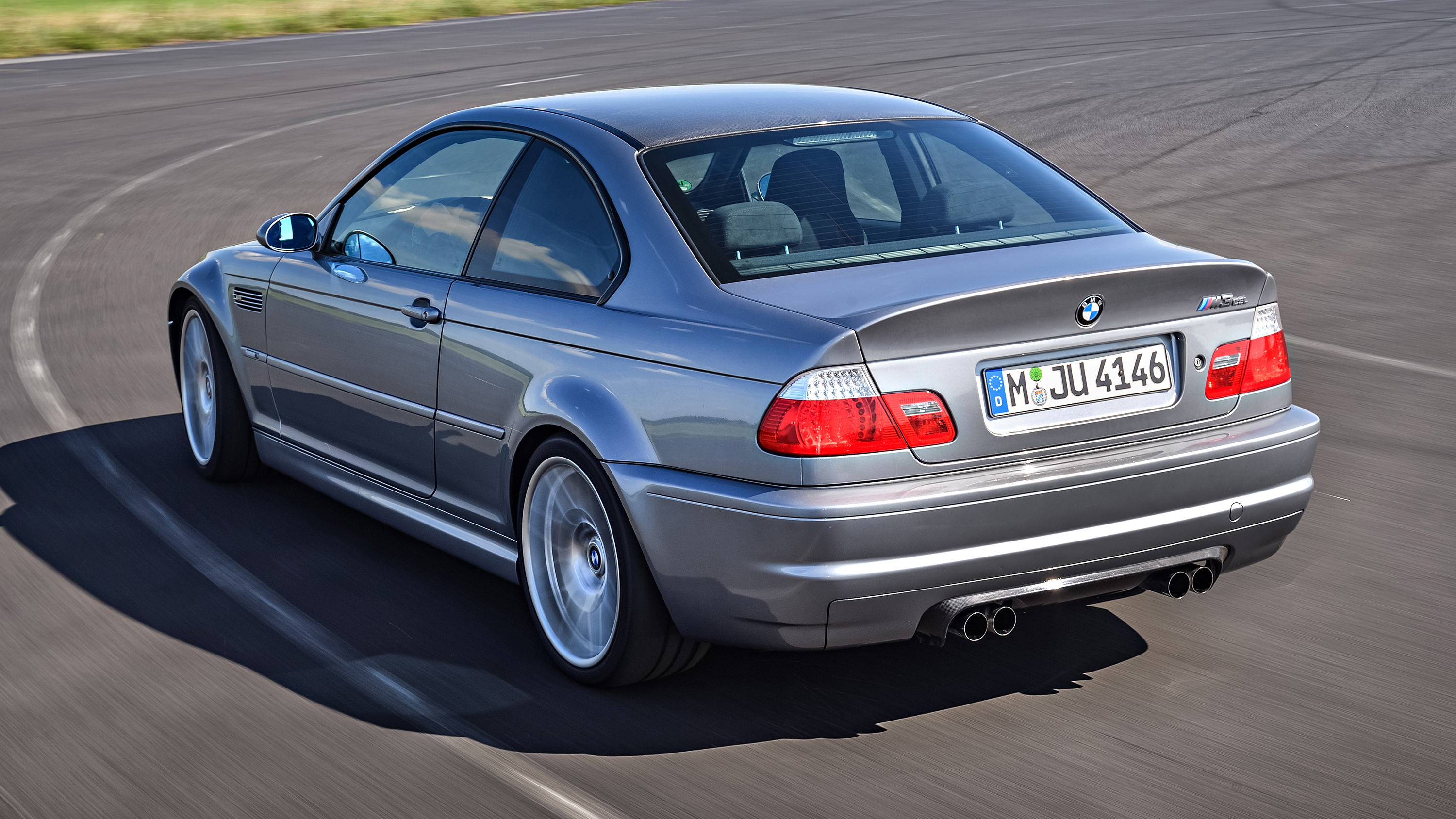 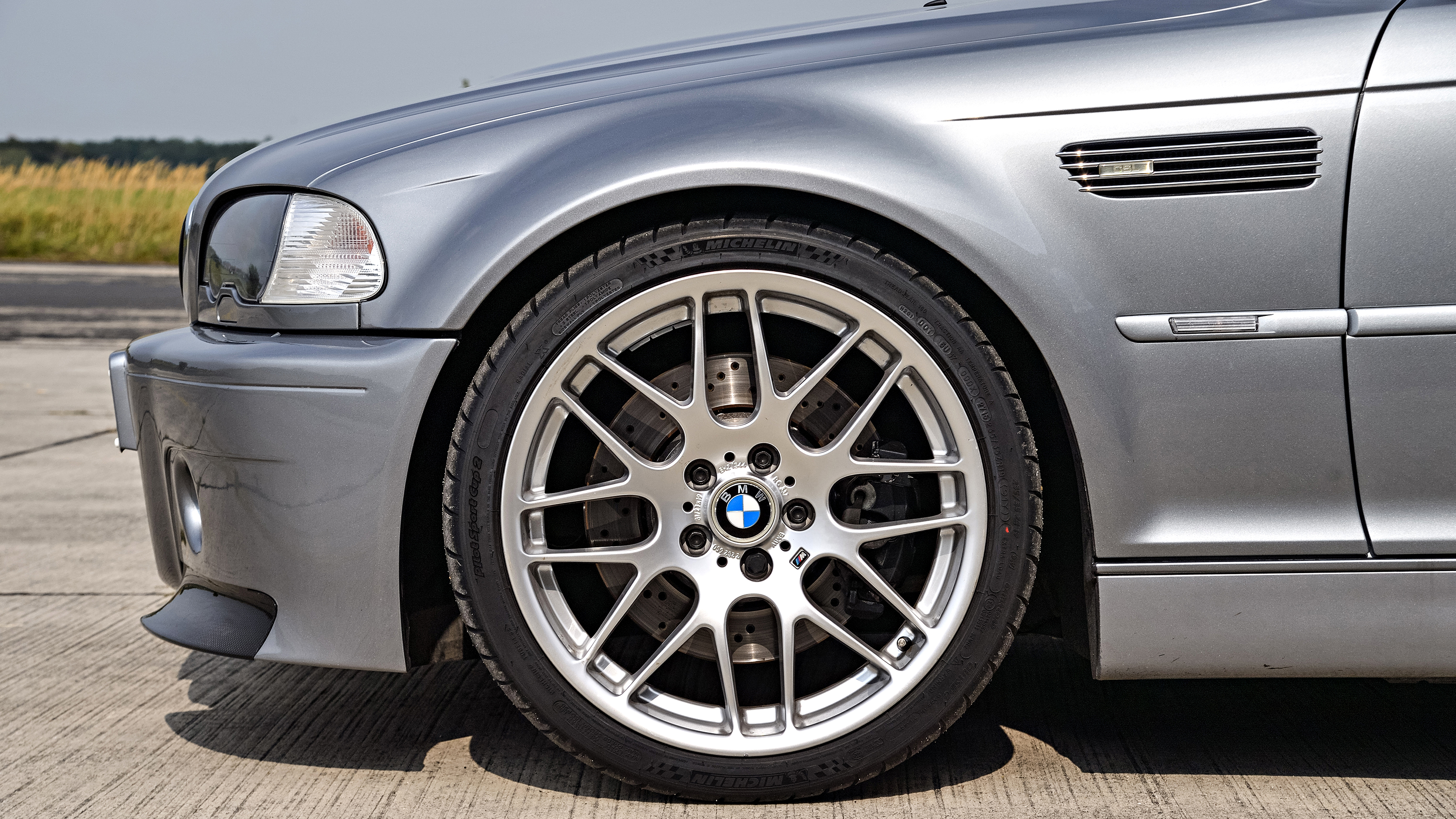 1 / 20
Advertisement
“Simply one of the greatest M cars, jerky gearchanges an' all”

The way it looks, the way it drives, its authentic lightweighting

We hate to be predictable, but its SMG transmission ain't the best

Coupe, sport, lightweight. Before the new M4 CSL, BMW only applied the CSL badge to two cars in its history: the 3.0 CSL, a homologation hero nicknamed The Batmobile, and this oh-so-delicately styled special edition of the E46 BMW M3, introduced in 2003. All credit to M Division, really – it’s surely kept the letters trademarked and could have slapped them on a number of its recent products, but it clearly knows that L at the end needs to be earned.

This M3 certainly did. It was 110kg lighter than the stock M3 of the time, which is considerable when there’s still two seats in the back. Its dieting was much more nuanced and considered than simply flinging superfluous bits in the skip (though BMW would let you lose the stereo and air con if you wanted to).

There’s its carbon fibre roof. Now a staple on even two-tonne M8 Gran Coupes, but the M3 CSL pioneered it. Other areas – the rear diffuser, front skirt and interior panels – used motorsport-derived composite materials while the bonnet was made of aluminium and the rear window from thinner glass than standard.

Think that’s nerdy? There’s also a carbon airbox hooked up to the engine, losing yet more grams while giving the 3.0-litre straight-six a newly nape-prickling intake noise. BMW also fiddled with the cams and valves to liberate another 17bhp, the CSL producing peaks of 355bhp and 273lb ft peaks.

Bundle that in with the 1,385kg kerb weight and 0-62mph took 0.3secs less, at 4.9s. The M3’s electronically limited 155mph top speed remained… unless you walked into the showroom clutching a racing licence, in which case they’d loosen it up to 174mph. And to think you now get a similar gain by lobbing another two grand at VW when you buy a Golf R.

But none of the above are the CSL’s biggest talking point. That’s nestled between the two bucket seats up front, the stubby little cylindrical lever that clicks between reverse, neutral, and first gear. M Division ditched the M3’s stock manual gearbox and replaced it with an automated single-clutch transmission that changed… gear… quite… slowly.

Like a blemish on a supermodel’s face, it diverted many people’s attention away from all the other wondrous stuff the CSL could do. The speed at which paddleshift gearboxes have developed since the early 2000s has only exacerbated how jerky and reluctant its shifts could be. But what happens when we revisit the M3 CSL – and that transmission – knocking on for two decades later?

“Simply one of the greatest M cars, jerky gearchanges an' all”

The greatest ever M Car? It’s right up there, despite its infamous blemish. All the most iconic performance cars have a quirky backstory, or have a chink in their armour that makes owning, running and driving one that little bit more involving. The more effort you put in, the more satisfaction you get out…

Which is an ethos that fits the BMW M3 CSL perfectly. Keep the gearbox in auto, drive it like it’s a modern paddleshifted M4, and you’ll harrumph at its jerky changes. Put in a bit of work – like you would if you were driving a manual M3 quickly – and you’ll not only iron out some of the transmission’s flaws, you’ll ratchet up the size of your grin.

With a factory-fitted manual gearbox, it’s probable this car would score a perfect ten. Every other facet of its chassis and drivetrain is so, so scintillating. But there’s no doubt it’s a more interesting car for its oddball SMG transmission. And just look at where we are with such gearboxes now. Just like with its vast swathes of carbon trim, the M3 CSL was a pioneer in the performance car world, possessing these things before they were the norm.

It’s perfectly imperfect, and we love it. Blemishes an’ all.