Read why you can trust our independent reviews
Charlie Turner
Published: 29 Jun 2016
comments
Skip 12 photos in the image carousel and continue reading 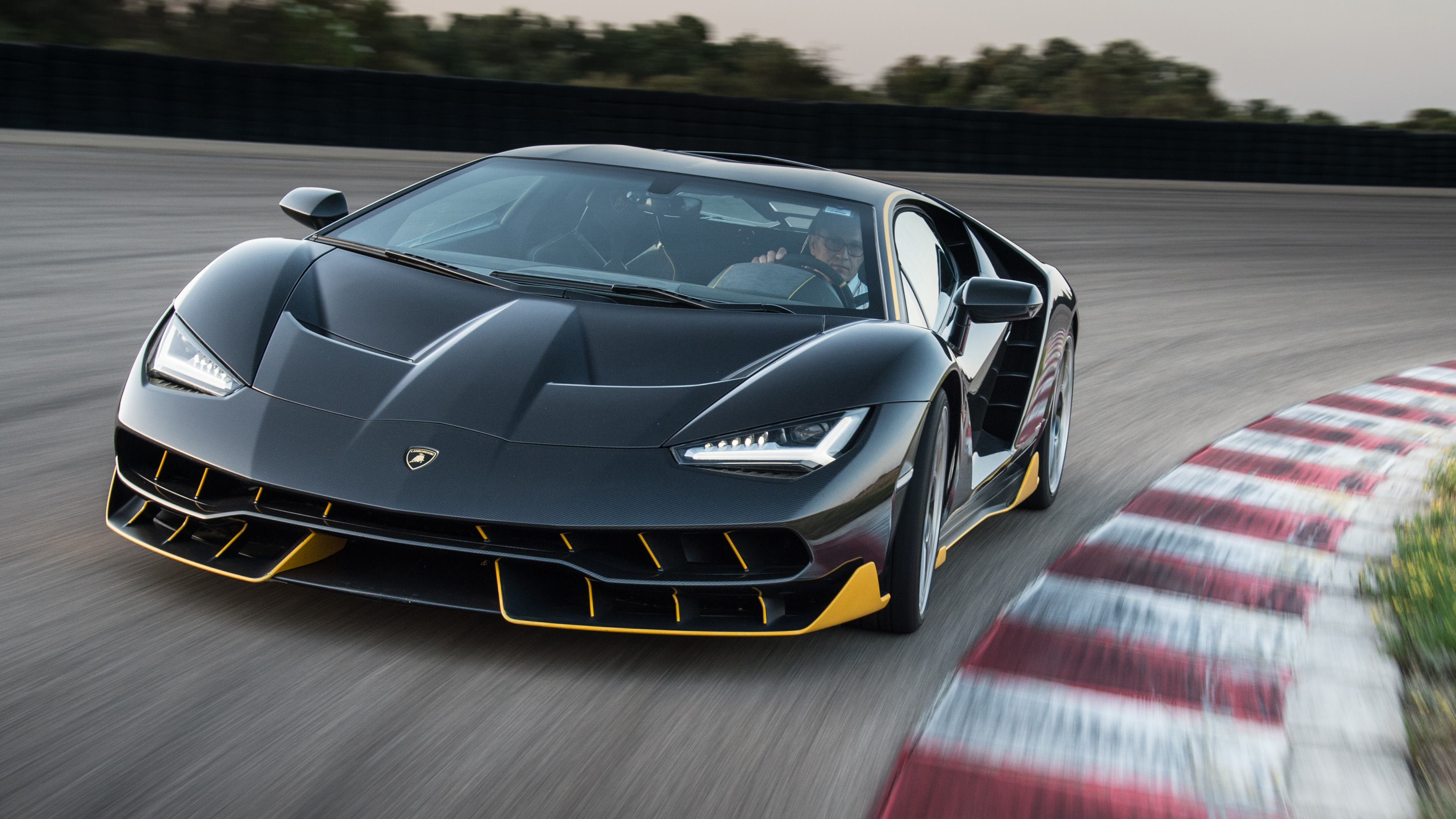 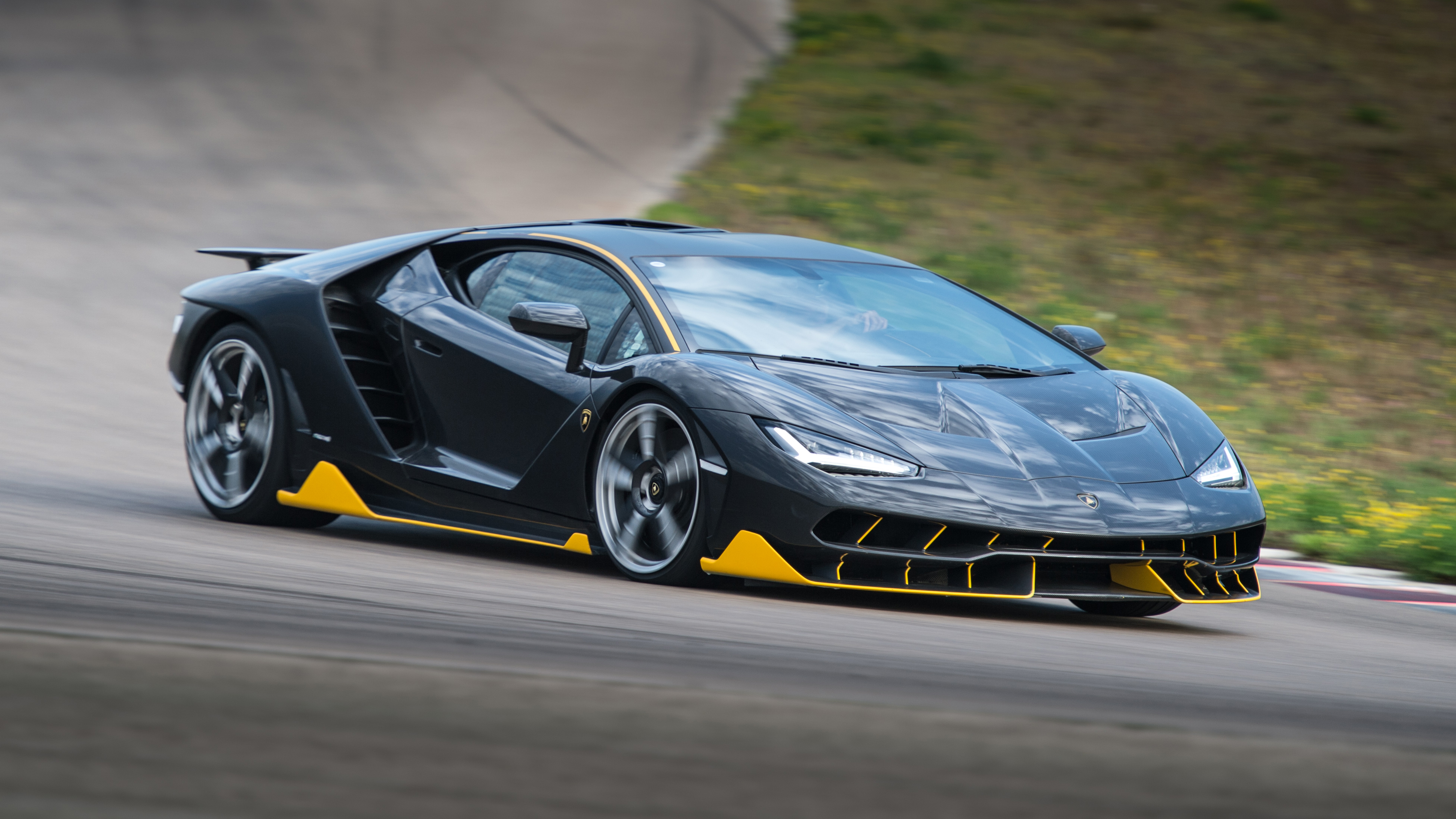 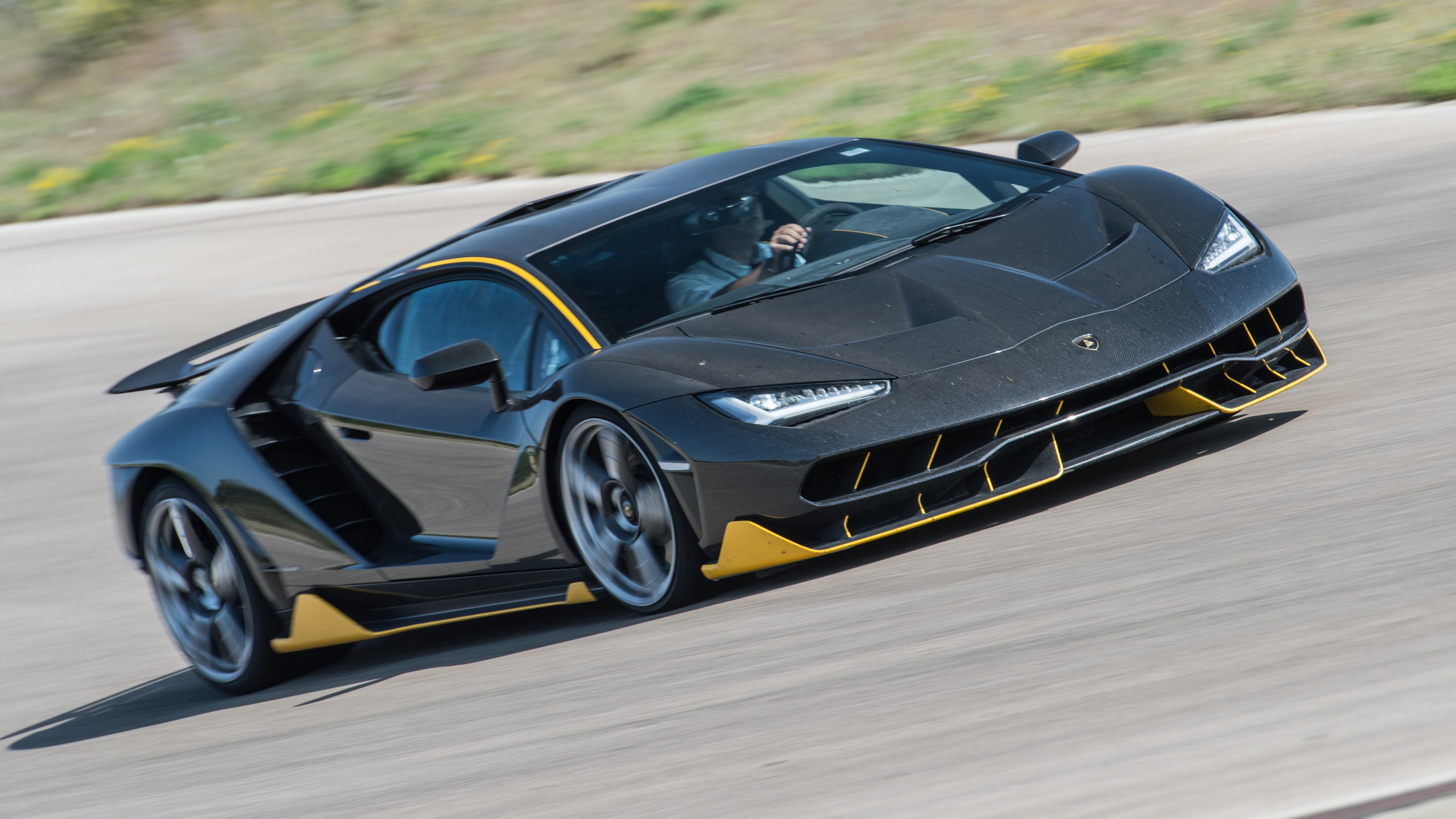 So what's this then?

It's the £1.7m Lamborghini Centenario, a car created to celebrate what would have been the 100th birthday of Lambo's founder Ferruccio. It also happens to be a rolling testbed for the next generation of Lamborghini hypercars.

Yup, it's true that Lamborghini's ability to create drop-the-mic motor show moments and dominate the column inches with ever-more extreme creations shouldn't be underestimated – it’s been a fundamental part of the brand’s marketing strategy for the past decade. And yes, a number of those "limited series" cars could be accused of being high on drama, low on actual technical changes, but the Centenario is different.

It was the last car presented by Stephan Winkelmann before he moved (or rather was moved) to quattro GmbH and was replaced by ex-Ferrari F1 team boss Stefano Domenicali. As such it’s not just a posthumous birthday present, more an automotive baton and technical demonstrator of Lamborghini's future direction.

Please tell me it's not a hybrid...

No, don’t worry, the Centenario is powered by a mighty 6.5-litre V12 that idles at 850rpm, redlines at 8600rpm and produces 760bhp (20bhp more than the Aventador SV, not a car you would ever accuse of lacking punch) and 507 torques. It'll smash from 0–62mph in 2.8 seconds and if you're brave enough (and have enough air left in your lungs after the shouting) explode to 186mph in 23.5 seconds. Harnessing all the madness and applying it to the road are bespoke Pirelli P Zero Corsa tyres: 255/30 ZR20 on the front and 355/25 ZR21 on the rear, poor things.

But beyond the power is the aero. At the front, the more aggressive twin-deck splitter generates massive downforce and channels the airflow over and down the side of the car via the sideblades, but it's at the rear of the car where the dark art of airflow is let off the leash. The Centenario features one of the largest diffusers this side of a Le Mans racer, combined with the removal of much of the bodywork surface area behind the rear wheels and an active rear wing which extends 150mm delivering 227kg of downforce at 174mph.

Clever, but what about the future tech you mentioned?

The Centenario is the first Lamborghini to deploy rear-wheel steering, a system that provides increased maneuverability at speeds below 45mph and increased stability at higher speeds, in effect virtually shortening and lengthening the wheelbase by 1,200mm depending on attack speed. Despite all this added technology, the Centenario weighs in at 1,520kg, 55kg lighter than an Aventador. And while the carbon-fibre obsession runs deep, it's the materials science in conjunction with the aerodynamic and tech developments that deliver the numbers. The Centenario also features Lamborghini's take on the connected car, featuring an all-new 10.1-inch portrait screen which, alongside the usual staples of in-car entertainment, also records telemetry and driving data, so there's no place to hide.

I thought it was exclusive - how did you get to drive it?

With first deliveries due to start at the end of the year, Lamborghini was keen to gain feedback from a privileged few… and somehow I got the UK's invitation. Sometimes stuff just works out like that, but I'm not complaining.

So, a slow-speed drive around a car park, presumably?

Not quite. After much security screening we were allowed access to the top-secret Nardo test facility. Nardo is where the VW group comes when it wants to develop something antisocially, intergalactically fast. It's where they come to cruise up to and through the 200mph zone, and with the Centenario’s vmax in excess of 217mph, it was not a slow day. A day for concentrating, then, to avoid removing five per cent of the genus from existence. 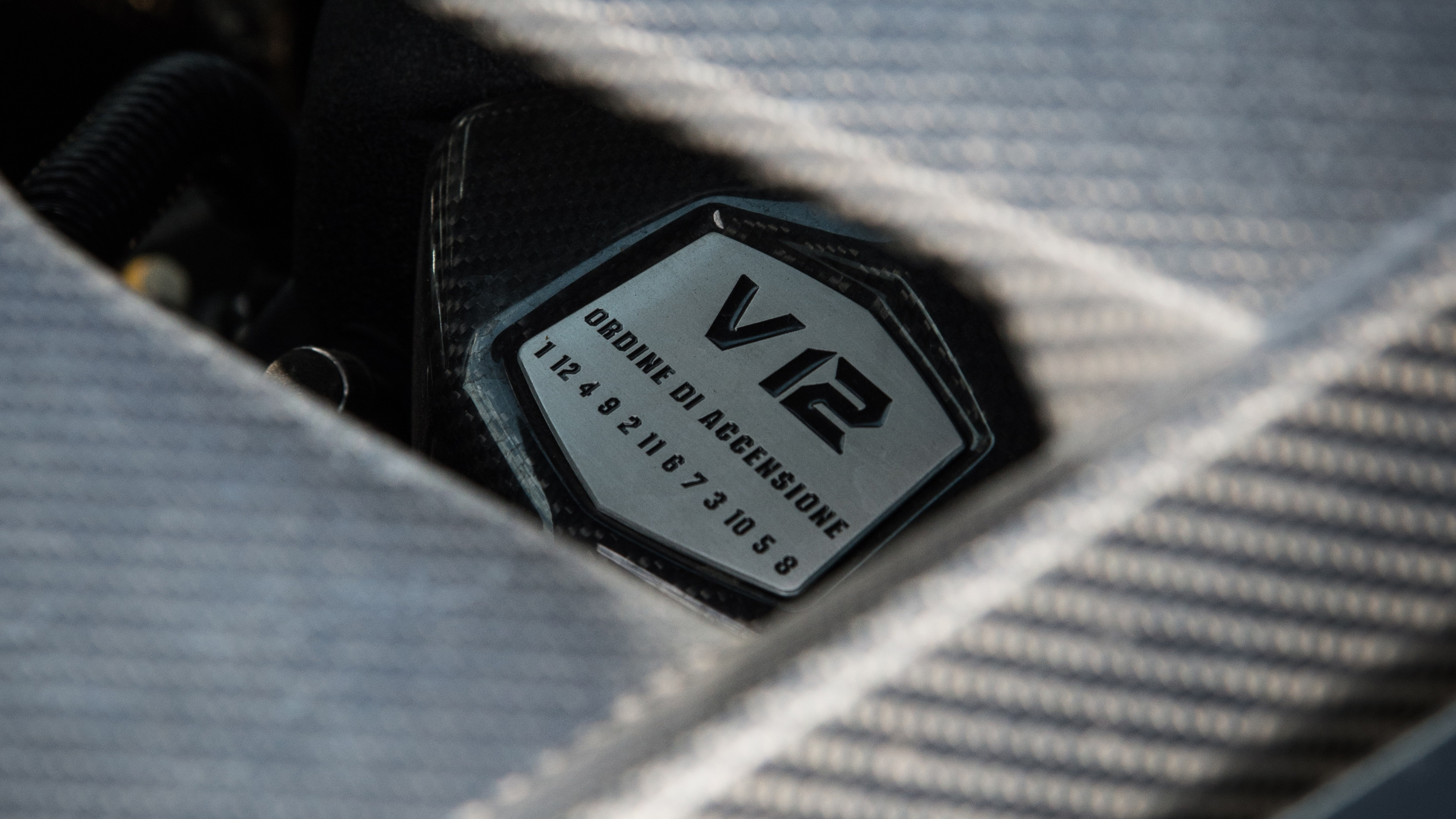 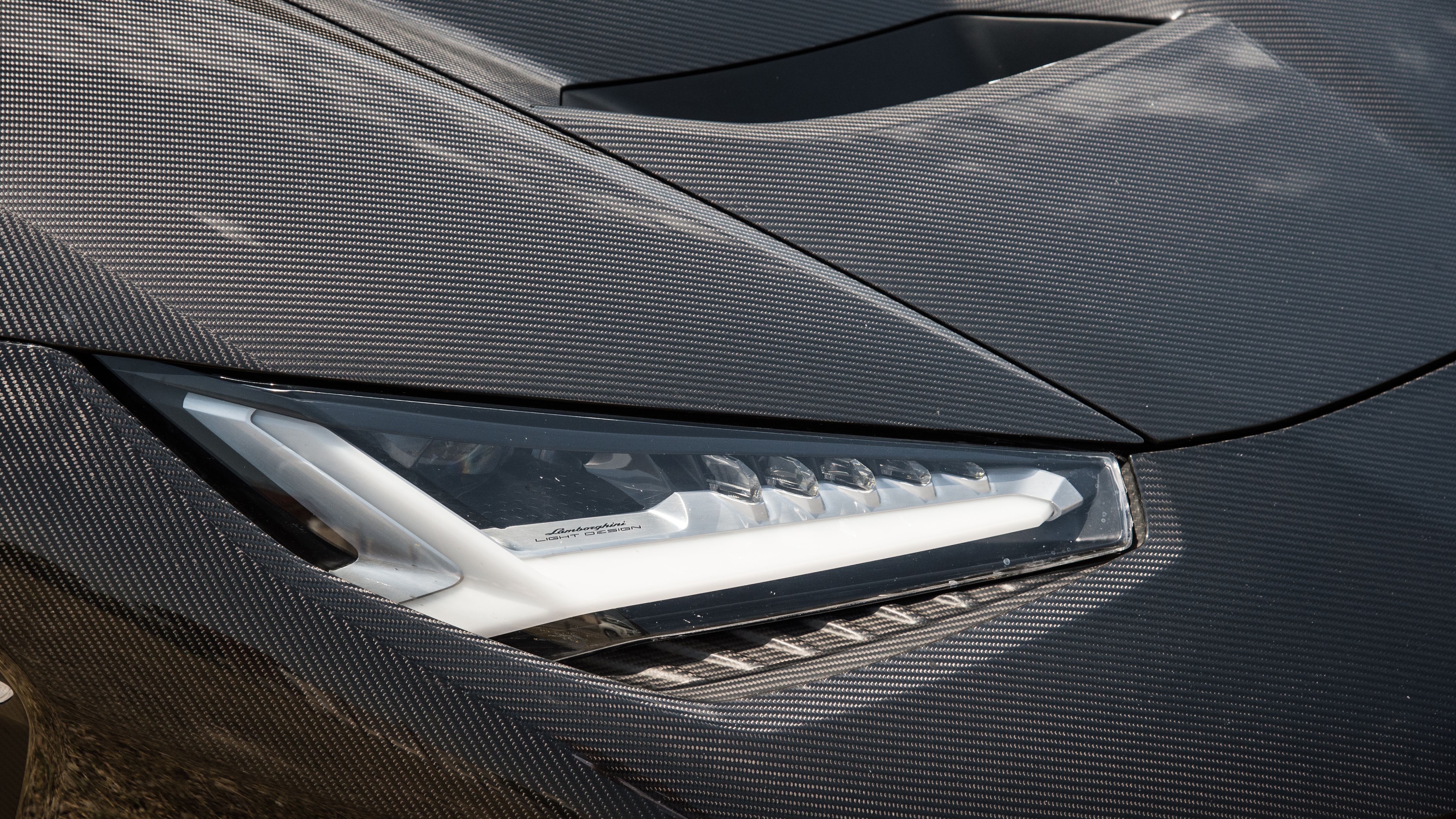 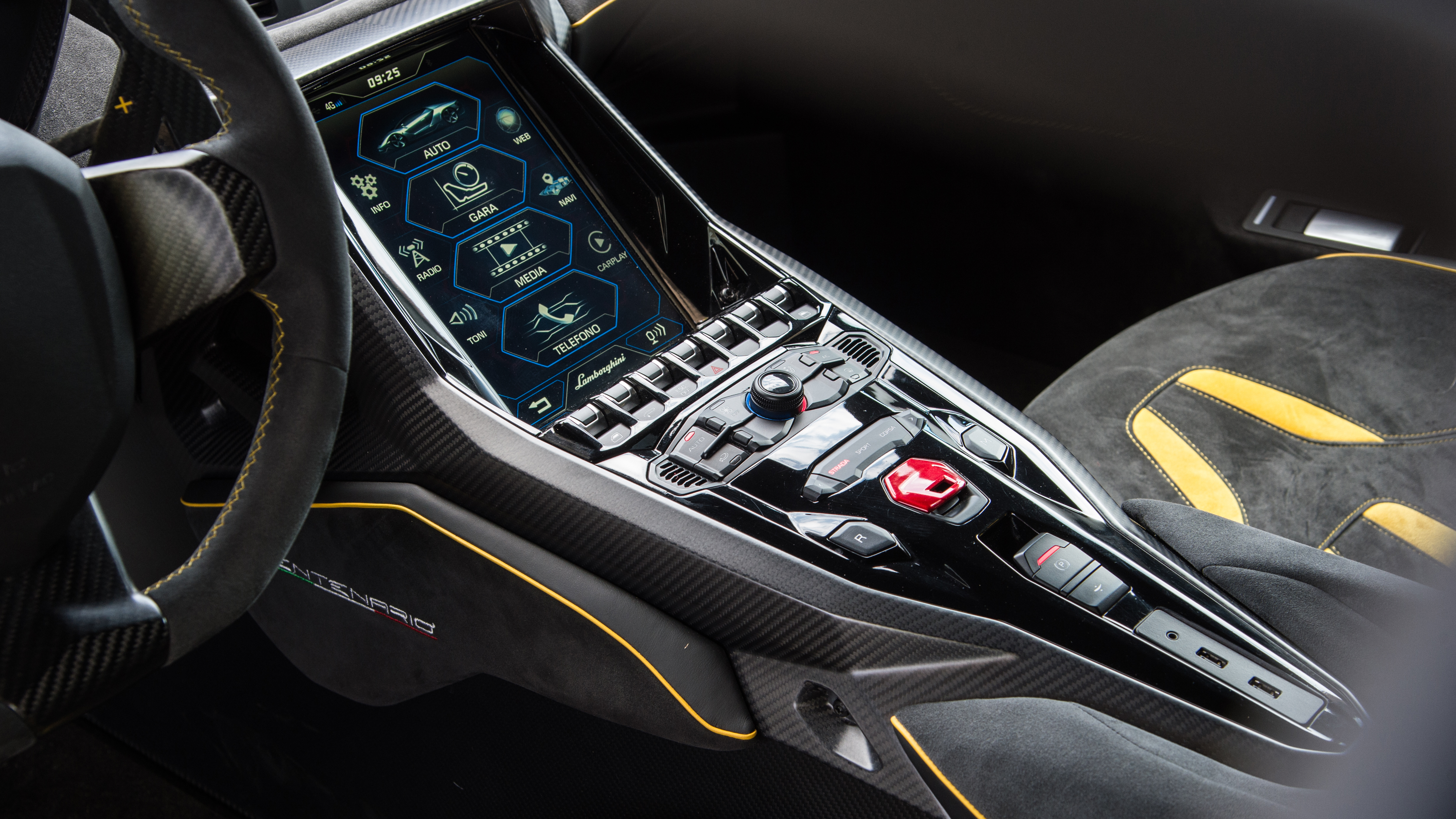 Well, in true Lamborghini style, we had a few cars to choose from. Lambo, as mentioned, was taking the opportunity to gather feedback on the new systems on the Centenario, so as a way of adding some hypercar context there was a 'regular' Aventador and an SV, fitted with an early iteration of the rear-wheel-steer system. This was the car that persuaded the board the tech was worth pursuing. Finally, there's the Centenario. I chose to start with the Aventador and work my way steadily up through the insanity. We were led around the test track by Lambo test driver Mario Fasanetto in a SV, who was clearly not a fan of hanging about. The first set of laps in the Aventador saw me working very hard to keep the others in sight and left me questioning my abilities. The Aventador is best described as 'challenging' at these speeds.

After a quick coffee, I jumped into the SV with RWS and was relieved to be keeping pace with the Centenario. The RWS makes a huge difference to the car’s stability, predictability and so your confidence, commitment and speed grow.

Confidence restored, I finally lower myself into the familiar, yet subtly different surroundings of the Centenario’s cockpit. With only 40 being made, the lucky owners are able to be more demanding regarding the personalisation of their slice of Lamborghini history, and the carbon-fibre-clad interior of our car is exquisitely executed. It's hard to know what a £1.7m interior should feel like, but this feels close. It’s helped in no small part by the new portrait screen, which occupies the centre console and features an all-new, completely bespoke infotainment system that Lamborghini describes as its take on the connected car. It comes with suitably angular graphics and features the usual suspects (media, nav, car set-up) plus telemetry that logs your lap times, gear selection, throttle inputs and braking points – all of which will be reviewed by the development team and Lamborghini’s head of R&D Maurizio Reggiani following the laps. No pressure then.

I lift the fighter-jet safety flap (something I never grow tired of) to reveal the start/stop button, turn the engine and the familiar V12 barks to life. This one, though, has a far harsher, deeper base tone, which suggests deeper potency and the fabulous V12 soundtrack builds as I head down the straight after Mario in the SV.

Where the SV was a leap forwards over the cooking Aventador, the Centenario moves the needle a lot further and represents a more rounded, complete package. In full-fat Corsa mode on the first flying lap of the session, I'm seeing 172mph at the 100m braking point for turn one. Brake, drop a gear and let the aero work its magic through the long, high-speed left-hander, which tightens to a super-late apex… at which point you need to shed a lot of speed and another three gears. The Centenario remains wonderfully stable throughout the high-speed transition as the balance of the front and rear aero weave their magic, in conjunction with the rear wing and magnetorheological dampers constantly adjusting to optimise the car’s poise. It's hugely confidence-inspiring and totally addictive. As the Centenario devours the 6.2km, 16 corner handling circuit, it's constantly communicating: dive too deep into one of the tighter corners in Corsa mode and it can understeer, but let it flow and the way it batters entry, apex and exit makes you grin... broadly.

In Sport, the Centenario becomes a lot less focused on obliterating the lap records and a lot more amusing. Want to slide your £2m hypercar? This is the mode for you. As the laps accumulate, you learn to trust the Centenario in a way that feels unnatural in something so rare and expensive; you delve deeper into its aero capabilities and it rewards each committed approach with scintillating speed. Where the Aventador was mildly dismissive of your efforts, the Centenario keeps pushing you to go deeper, work harder and help it bully physics. Changes from the remapped gearbox are rifle fast but come without the SV's ferocity, which keeps the car more stable as it hunts down its next target. The brakes are spectacular. I'd have liked a slightly firmer brake pedal, but that's a profoundly personal thing and may or may not be redeveloped before delivery. Beyond that, the Centenario proves Lamborghini still knows how to make proper hypercars. Cars that exist at the furthest margins of acceptability and are all the better for it. Cars that demand respect, and reward it.

So do you wish you were one of the 40 owners then?

Absolutely. While the majority of those lucky 40 who will receive their Centenarios in the next few months will be unlikely to delve deeply into the car’s true potential, having the opportunity to explore the margins of its performance and to play Lamborghini development driver for a morning was a rare privilege. More important is what the Centenario's depth of capabilities says about the future direction of one of the last purveyors of hypercar madness, and points to a bright future with Lambo at the forefront of leading-edge technology. The Centenario is a rolling testbed for the next-generation Aventador and represents a suitably barking-mad end to the Winkelmann era and a century of jaw-droppingly desirable cars, but fires the starting gun on the next generation and the century to come.