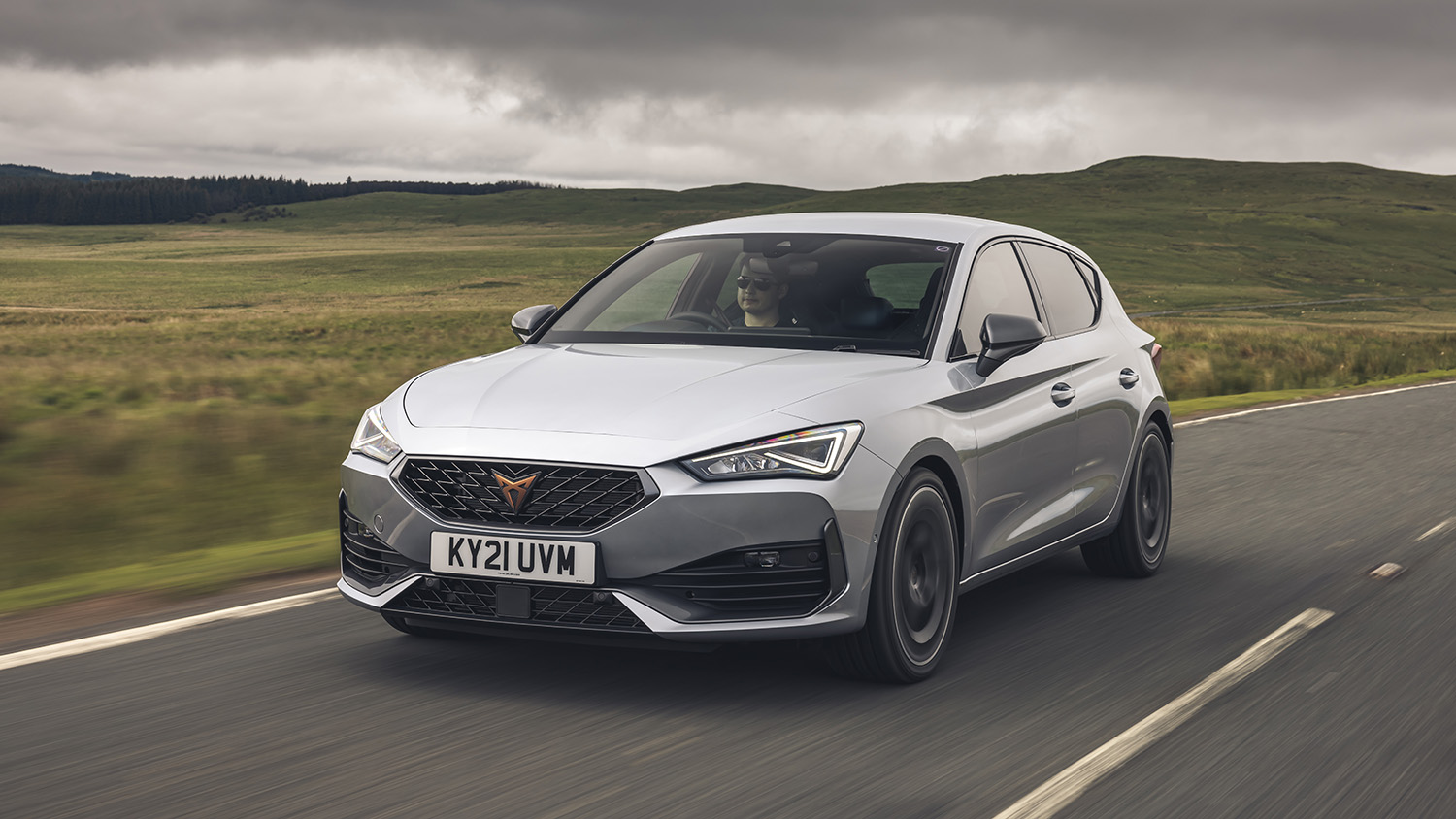 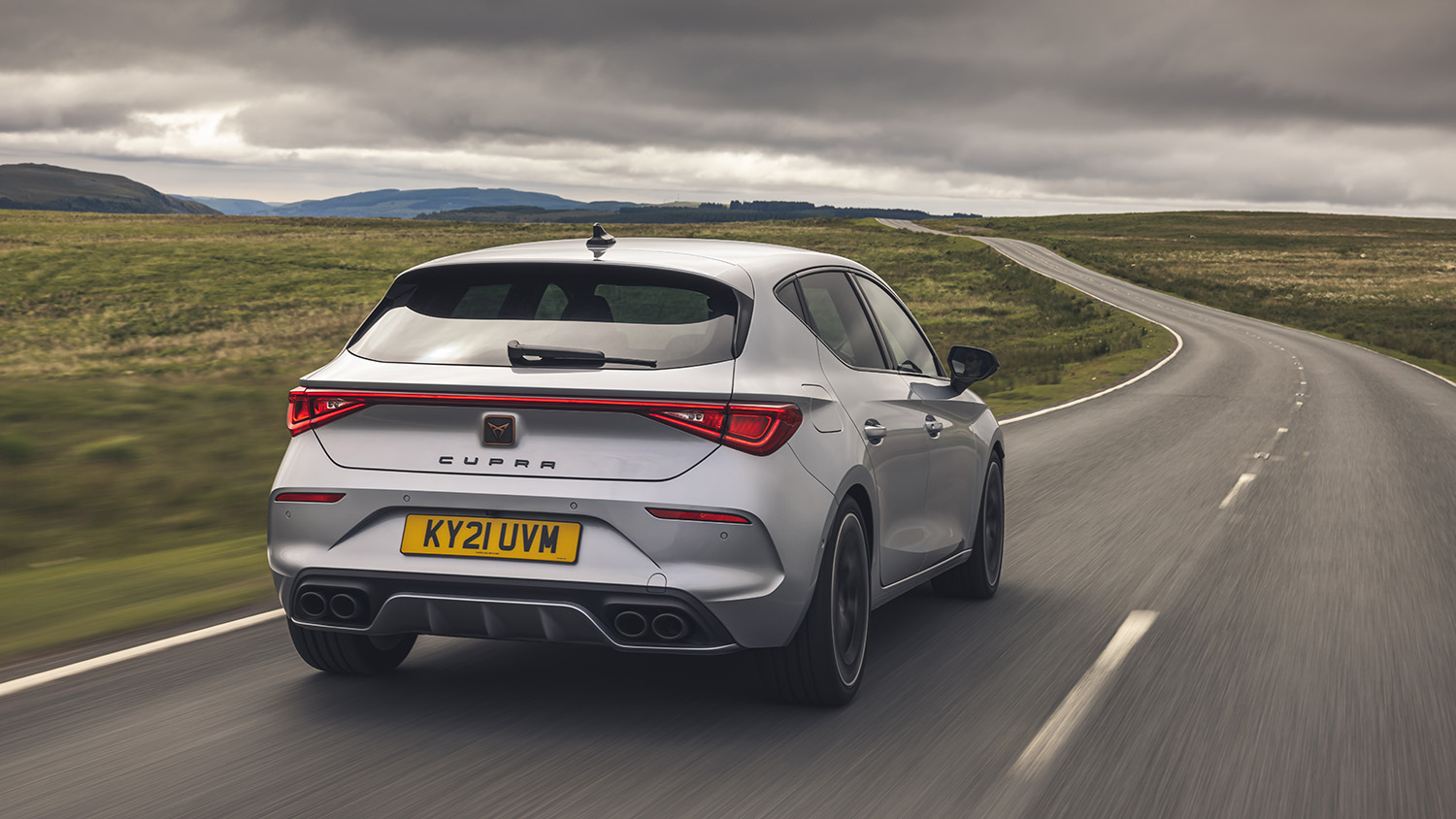 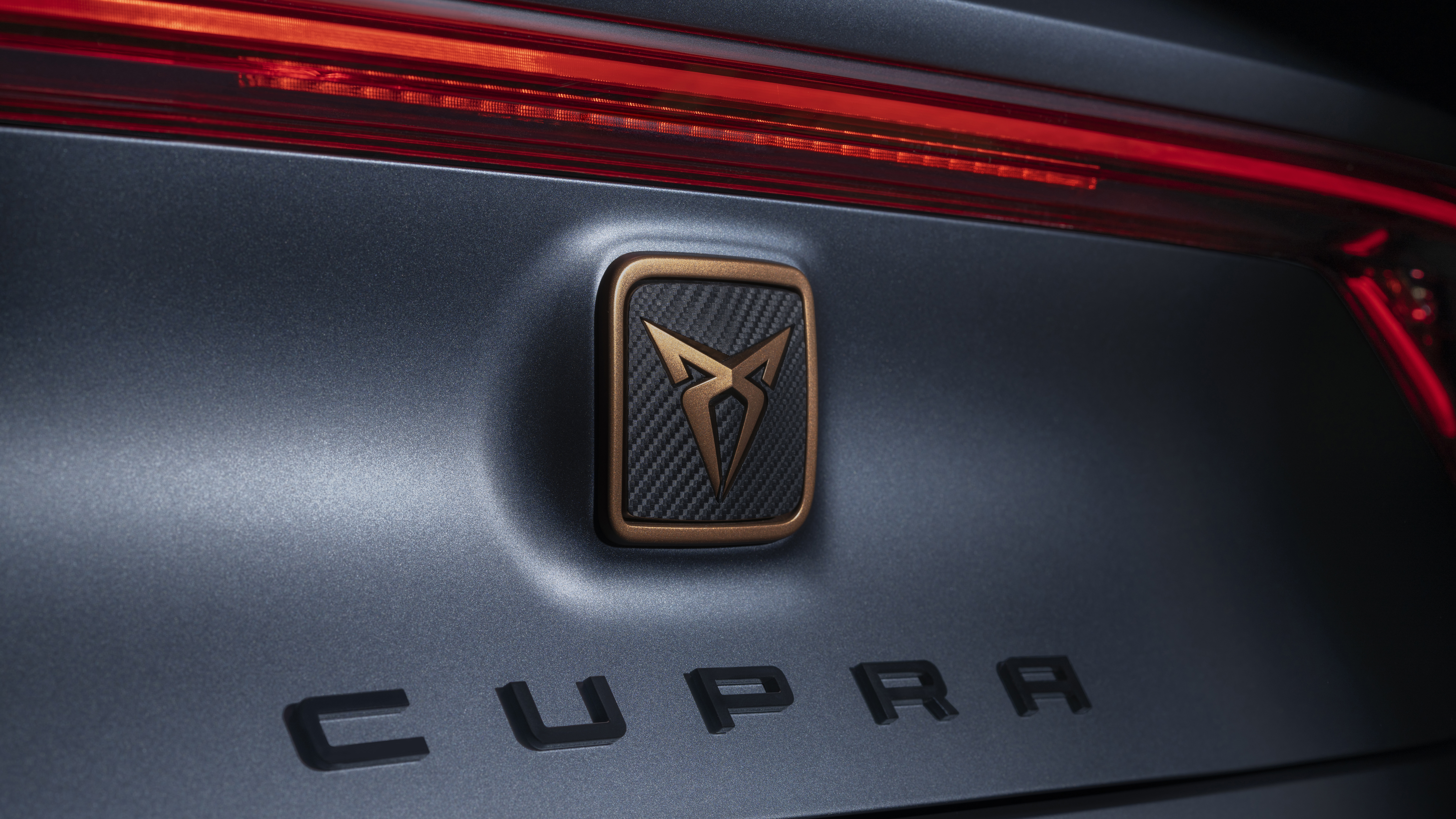 1 / 16
Advertisement
“The Cupra Leon is too compromised to love, but save money with the PHEV and you might not care ”

A decent all-rounder – quick when you want, calm when you don't

How much time do you want to spend explaining to people what it is?

We’ve always liked the fast Leons here – a bit more power than a Volkswagen Golf GTI for a slightly lower price. What’s not to like about that? The Cupra badge has brought some new challenges, though, and it means that the car has had to become more ambitious than just being a GTI alternative.

Is it just the one engine still?

There are a host of options to choose from now – turbocharged 2.0-litre petrols pumping out 242bhp or 296bhp, or a 1.4-litre plug-in hybrid that combines the efforts of a 148bhp engine and a 113bhp e-motor with 13kWh battery. All very modern.

The purely petrol engines come complete with a seven-speed dual-clutch automatic, while the PHEV cars get a gear less. Oh, and there’s an estate version available too, which comes with the electrified engine or a more powerful 306bhp petrol and four-wheel drive. The world’s your oyster.

What about the numbers?

If it’s pure speed you’re after, the extra power in the estate gets you from 0–62mph in a tidy 4.9 seconds, while the 296bhp hatchback does it in 5.7secs and the PHEV hatch in a more stately 6.4secs. Which is what a few hundred kilos of battery and electric gubbins will do, really.

The petrol powered car is business as usual, if a little too much on the sensible side for our tastes. Which means the tax-dodging plug-in version is going to be full-on socks ‘n’ sandals. With official lab test CO2 emissions of just 32g/km, the Cupra Leon qualifies for rock bottom tax bands for both private buyers and company car users.

Choosing one of these could save you hundreds of pounds a year in tax, and a few quid a week in fuel. All of a sudden some sluggish acceleration might seem like a small price to pay. 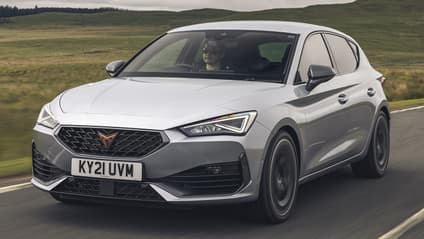 Cupra has only been around for five minutes, but it’s clearly a brand that’s suffering a bit of an identity problem – it’s just not clear what it's actually for. Fast plug-in hybrids are an inevitable compromise, trying to be the best of all worlds, but invariably falling short of any of the goals set out.

Now, the standard Seat Leon eHybrid is a lovely idea, it doesn’t make promises with sporty looks and modes that the drive can’t keep. Fact is, with the battery only lasting for 25 miles in the real world, the Cupra Leon eHybrid simply isn’t a hot hatch enough of the time. If a Civic Type R or Focus RS got breathless after 25 miles, you’d want your money back.

If you want a spicy hot hatch then clearly the more powerful 296bhp version of the Cupra Leon is the one to go for, but even that feels like it has been held back. It’s a decent drive, with sharp handling and a snappy DSG gearbox, but it doesn’t have the flat-out appeal of rivals. It’s all a bit too sensible. And if you were really being sensible you’d go for the plug-in option for its lower fuel and tax costs. That’s not what these cars are supposed to be about, is it? 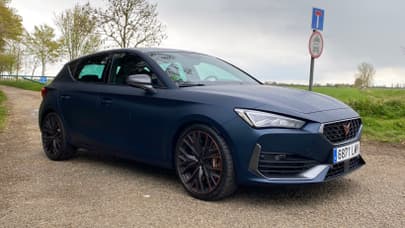