£31,250
£437 p/m
External link to
with Leasing.com
Read why you can trust our independent reviews
Top Gear Team
Published: 20 May 2021
Skip 15 photos in the image carousel and continue reading 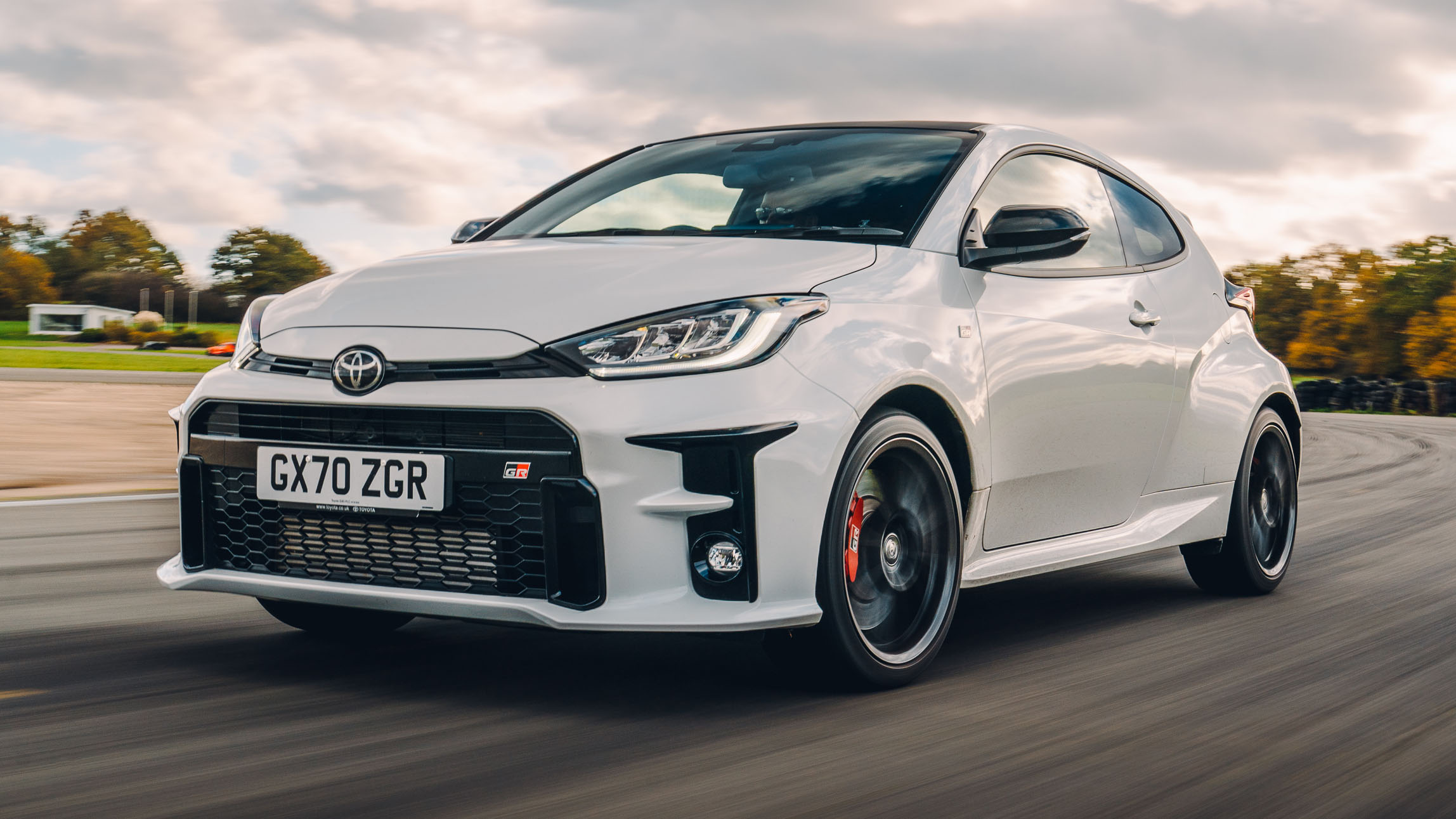 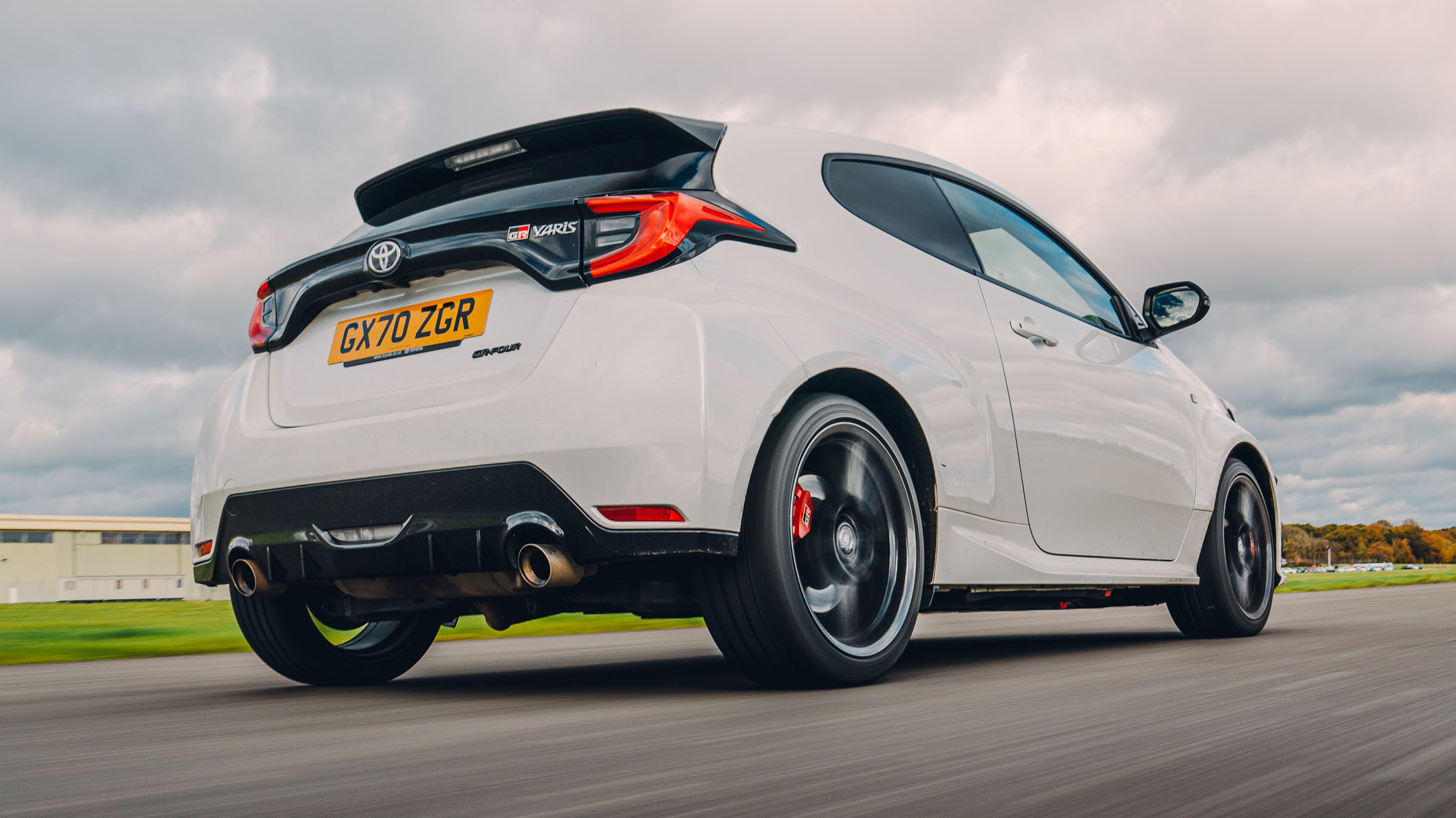 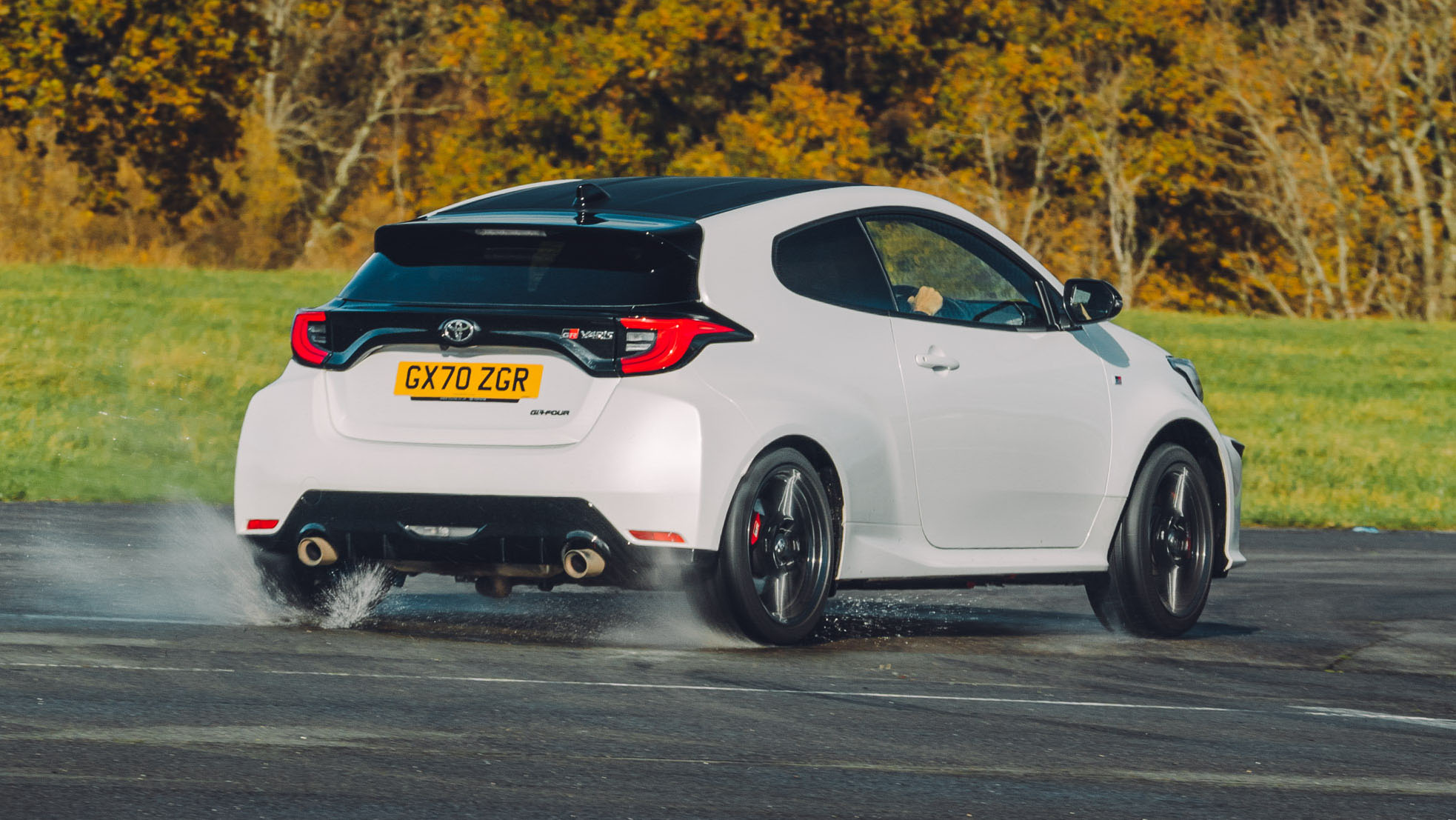 A proper little tearaway of a hot hatch

Limited rear headroom. As if you care

A Toyota hot hatch, if you want to hugely downplay it. Because it’s actually far more significant and exciting than that. And very much not a Yaris as you know it. Here’s the score: the regulations that govern top line rallying dictate that your car has to be based on an existing road car. This is called homologation and although your rally car can deviate from the road formula in many areas, in some key ones it can’t.

In the past, firms have been able to get round this because the regs didn’t insist on too many road-going versions. Sometimes a few hundred, sometimes less. Firms could handle that, and find an audience for a limited number of specials. But the latest regs say you have to build 25,000 road cars. Ouch. So everyone sends out their standard supermini, crosses their fingers and hopes for the best. Because you can’t compromise the rear headroom in Aunt Mabel’s happy shopper because some fast Finn wants a better aero package. The two are just too far apart.

So build something from scratch? Not only have you got to find homes for 25,000 of them, but just think of the investment required. So no-one ever does this. Look at all the years Peugeot, VW and Citroen dominated WRC and the best we got was a C4 ‘By Loeb’ edition.

Until now. Because what Toyota did ahead of the GR Yaris's unveil in early 2020 was design a rally car from the ground up. OK, it’s still a compromise, but the compromise here isn’t happy shopper meets WRC, it’s hot hatch meets WRC. And when your starting point is hot hatch, you’re already pitching the car at an audience that is willing to accept compromise.

So how much of it is shared with the standard Yaris?

Let’s use the roofline as an example. It’s high in the standard Yaris so people can sit in the back, but the rally car wants it as low as possible so it doesn’t block air from the rear wing. Tommi Makinen, Toyota’s WRC boss, apparently wanted it even lower, but Toyota insisted the rear seats stayed in the road car. Similarly WRC regs say you can’t fit aero devices to the rear doors. So the GR Yaris simply does away with the rear doors. The roof is carbon fibre saving 3.5kg, the door skins, bonnet and tailgate are aluminium, removing another 24kg. It’s not even a Yaris chassis underneath. The front half is, but the rear is adapted from the Corolla and CH-R. There are 4,175 weld points, 259 more than a Yaris, plus 35.4 metres of ‘structural adhesive’. The rigidity of a safe, in other words.

It has the Yaris’s 2,560mm wheelbase, its light clusters, door mirrors and roof fin. But that’s it. It’s 55mm longer, 60mm wider and 45mm lower (actually closer to 100mm lower at the rear). Under the bonnet is the world’s most powerful production three cylinder engine, a 1.6-litre with 257bhp and 266lb ft. Its single turbo spins on ball bearings, while the engine itself is hydraulically mounted on one side to reduce vibration and unwanted movement. The sort of tech that front line supercar firms like to bang on about.

No paddleshifts here. The only choice is a six-speed manual, and the 4WD system is claimed to be the lightest on the market. Lightest, but not most basic. There’s an aluminium central transfer case and in Normal mode the torque is split 60:40 front to rear. That alters depending on the mode you choose. Sport is 30:70 and Track 50:50. Skids or grip, you decide. At the rear there’s an electronically controlled clutch pack to divide torque between the wheels.

Alternatively you can tick the £3,500 Circuit Pack box. As well as lightweight 18in BBS forged alloys, retuned suspension, Michelin Pilot 4S tyres and red brake calipers, you get mechanical front and rear Torsen diffs. Same torque split control, but more grit and guts in the system. More rally. Too much? Have the standard one and add the Convenience Pack (JBL premium audio system, ambient lighting, head-up display and more) for £2,180. It’s an either/or thing, you can’t have both packs.

The whole thing weighs 1,280kg, is good for 0-62mph in 5.5 seconds and a 143mph top end. In other words, it’s small, light and fast, eschewing the typical trend of gaining size and weight. Good.

Toyota aimed to sell 750 when it launched in the UK in 2020, and it upped that target to 1,000 for 2021. Prices started at £30,020, and as you can read in the Buying section of this review the lease deals were very tempting too. We use the past tense there because the GR was actually so successful that in July 2021 Toyota announced that every single car due to arrive in the UK up until 2023 had been sold. Boo. Still, when that news was announced it was at least possible to stick yourself on a waiting list - Toyota now says that due to 'unprecedented demand' the GR Yaris is completely unavailable to order.

It’s a genuinely exciting car this, a hot hatch with a real purpose in life. After all, when was the last time we had a proper rally homologation special, something we can all aspire to? Not since the Imprezas and Evos of the 90s. This, then, is a once in a generation special. And the best news of all is that Toyota has smashed it out of the park. 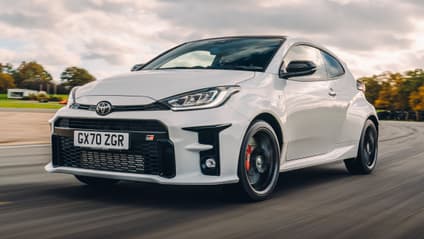 Two things stand out. That Toyota has created this car at all, and that it’s done an outstanding job of it. Cars like the GR Yaris simply don’t happen these days when everyone spins countless bodystyles, often across several brands, off one platform. Toyota has been as guilty of that as anyone – look at the BMW-based Supra.

This is Toyota’s riposte. And it’s superb. It proves what we’ve long suspected – that a pukka road-going rally car is the best thing for tackling a modern B-road: small and light, with punchy dynamics and a gutsy motor, it’s a deeply compelling machine.

It hasn’t got the Civic Type R’s pedigree, but its more rugged approach is arguably better at delivering driver entertainment on any road, in any weather. It’s a hoot to drive from start to finish, the playfulness of the Ford Fiesta ST combined with the sort of composure and eagerness that Subaru Imprezas used to do so well. And for the performance and experience, it’s not over-priced at all. The best Toyota we've ever driven. 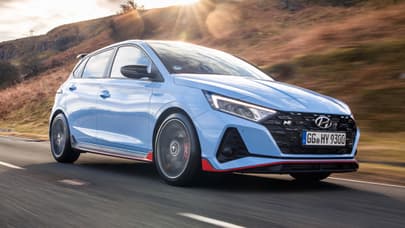 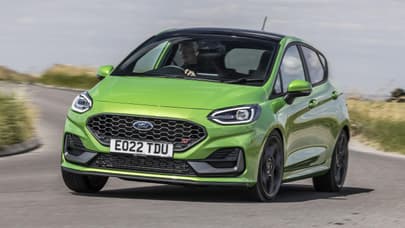