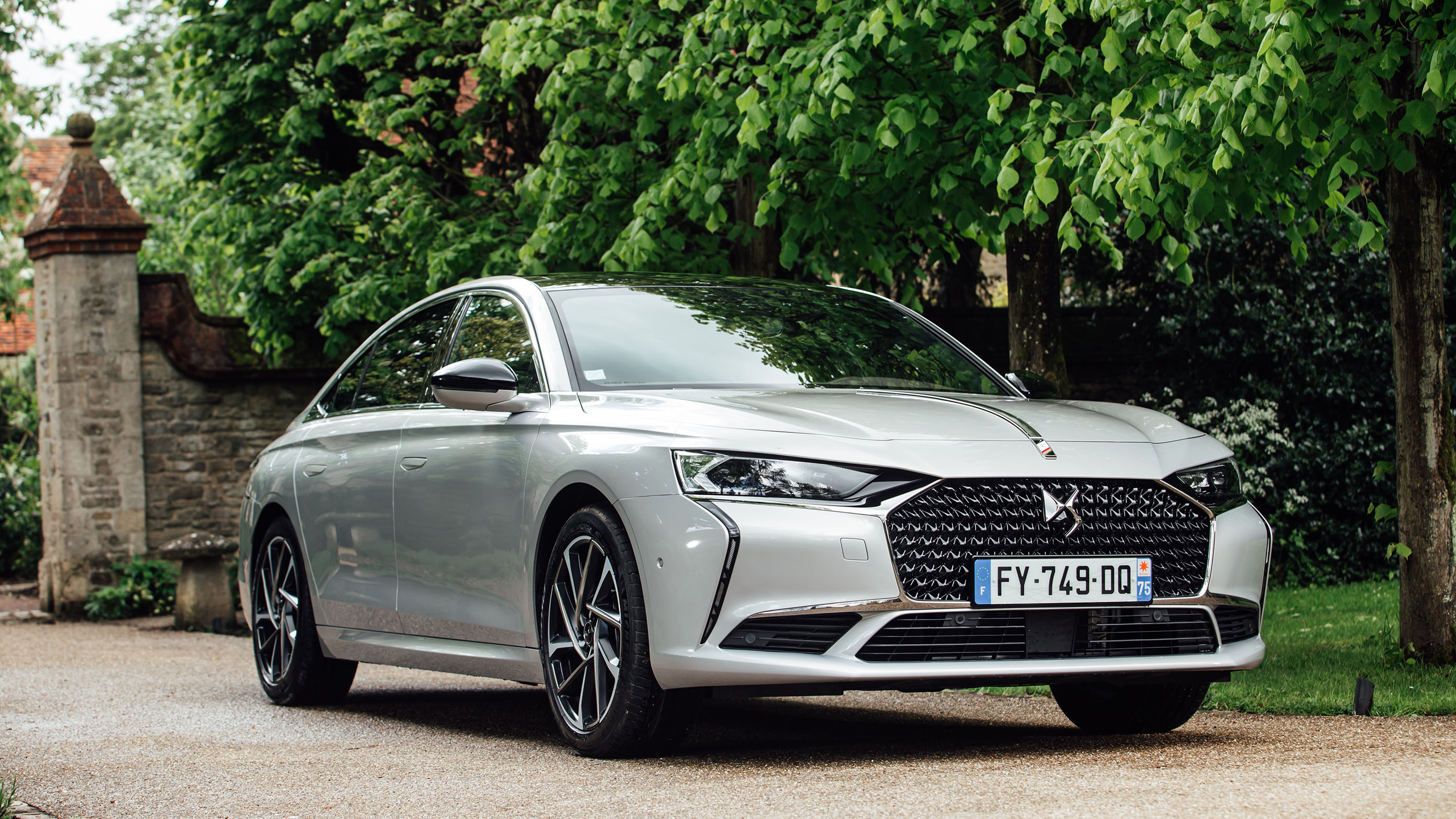 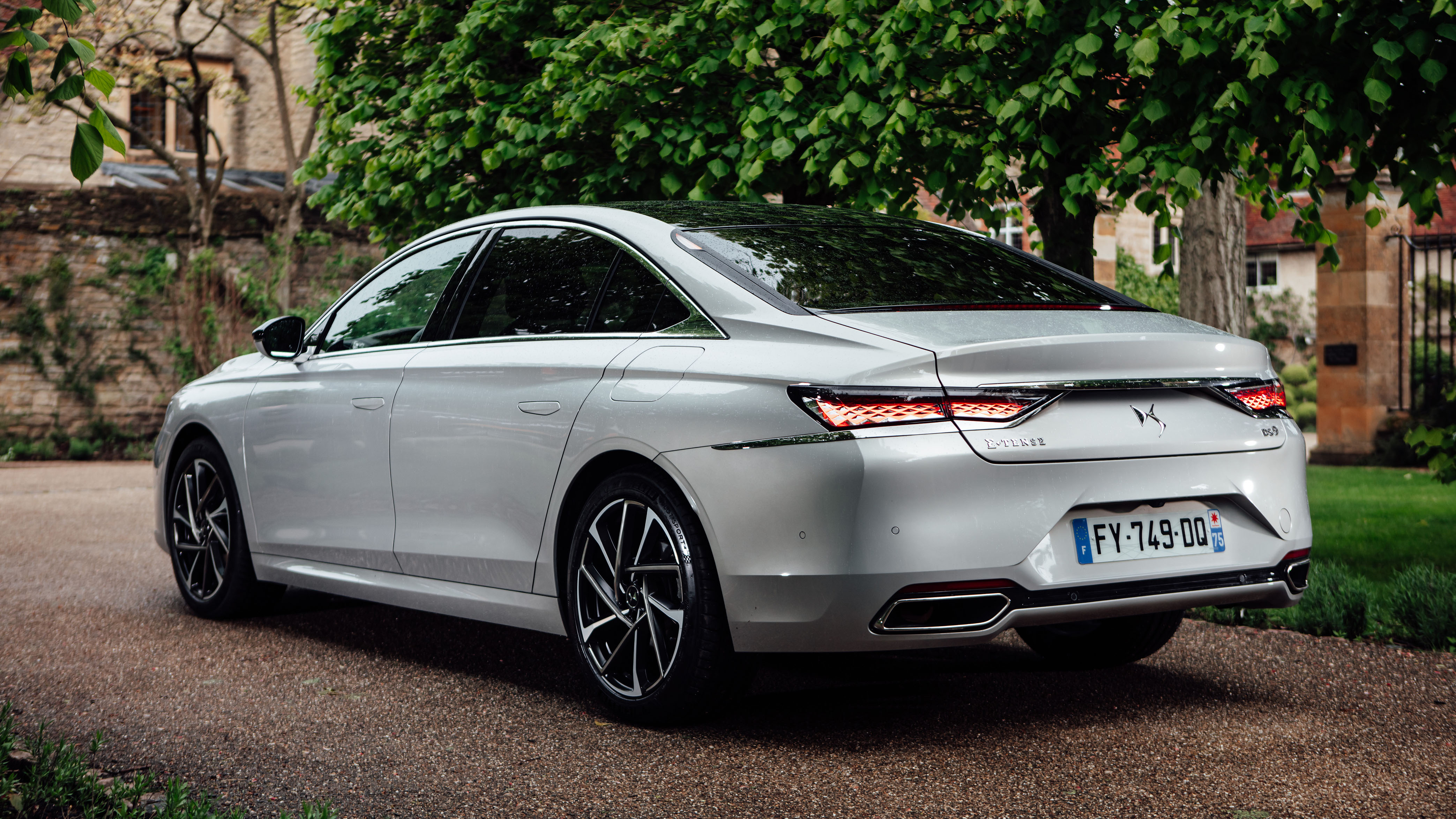 1 / 15
Advertisement
“The most convincing DS. Tried all the German best-sellers? Here’s a thoughtful alternative ”

Old-school focus on quietness, comfort and class instead of overbearing tech, handling and performance

Try being brave enough to swim this hard against the current

The DS 9 is the third model from Citroen’s deluxe offshoot brand, but unlike the DS 7 Crossback or the DS 3 Crossback, it’s the first designer-label French car for ages to shun the jacked-up crossover craze. Look, it’s a perfectly conventional four-door saloon car. Remember those?

Sizewise, the DS 9 is a nailed-on rival for the dominant BMW 5 Series, Audi A6 and Mercedes E-Class… but even DS doesn’t think it’ll be squaring up to those guys in a straight fight.

The game plan is to nick a few hundred sales from the Jaguar XF and Lexus ES, and provide a French-flavoured alternative for anyone who’s on their sixteenth Merc and fancies a change.

Three powertrains are on offer, and diesel is nowhere to be seen. How the times have changed, eh? Choose instead between a 1.6-litre petrol four-cylinder good for a heady 222bhp, or a plug-in hybrid that teams a lesser petrol engine with an e-motor. It also adds up to 222bhp, but with a useful 34 miles of claimed all-electric range. Topping the range is the 355bhp plug-in 4x4 set-up found under Peugeot’s 508 PSE.

While the DS 9 shares its under-the-skin foundations with Peugeot’s impossibly handsome 508 – which is also available with a fleet of hybrid drivetrains – the not-a-Citroen is longer and somehow more subtle.

The droopy front LED motif and big Audi-esque grille give it some snarling road presence in your prey’s rear-view mirror, but despite lashings of chrome and intricate lights, the 9 isn’t immediately gorgeous. It’s not an ugly car, but it seems to be trying quite hard to be inoffensive. And surely a DS should be wantonly mad and obviously stunning? Seems odd that Peugeot’s cheaper saloon is the palpably more seductive machine.

DS hits back on the inside, with a lush cabin that’s familiar from the DS 7 Crossback, but somehow feels more upmarket when not jammed into a jumped-up hatchback.

Front and centre, a 12-inch touchscreen. Behind the (regular-sized) steering wheel, 12.3 inches of fully digital instruments. The metal window switches live on the centre console, while the well-trimmed leathers and fillets of flashes of metal ramp up the perceived quality.

Sales targets are modest: DS wants to sell a few hundred in the UK, while a future as a French state car surely awaits across the Channel. Can it set a president for the return of big French cars? No? Merde.

“The most convincing DS. Tried all the German best-sellers? Here’s a thoughtful alternative”

The DS 9 brings out into the light the strange contradiction at the heart of the whole DS brand. What, exactly, is it for?

Is it supposed to channel the spirit of the original Citroen DS, which was one of the most technically advanced, forward-looking cars in history? If so, this DS 9 isn’t ambitious enough. It’s competent and well-considered, but ultimately not-at-all technologically ground-breaking.

If, then, DS is supposed to be a masterpiece of design, why is Peugeot churning out a wilder-looking range of cars at the moment? It almost feels like the badges got mixed up at the factory and Peugeot’s wacky-interior’d 508 should’ve been the DS contender. See also: the Citroen C5X.

DS argues it’s a premium brand: Louis Vuitton on wheels. And we can at least agree the world definitely doesn’t need any more firm-riding schports saloons – ‘comfort’ is the new ‘Nürburgring lap time’ if you want to stay sane in the twenty-twenties. Here is where the 9 starts to find its niche. Because it’s the least sporty saloon car money can buy, it will have a rare-groove appeal for anyone disillusioned with modern obsessions over alloy wheel size and brittle damping uber alles.

Now the engineers have turned out a squishy, polite hybrid saloon, it’s going to be up to the marketing and advertising sorts to actually convince you it’s high time – for the first instance in a generation – to drop 40 grand-plus io a big French car, not a Lexus ES or a Volvo S90.

DS top brass concede this flagship – despite boasting all the tech you get from the Germans, all the space, and superior refinement – won’t make a pinprick in Audi or Mercedes’s profit margins, let alone a dent. But if you’ve tried all the usual suspects, and you’re after a change from the norm, this is the most convincing product from DS yet.