£450,000
Read why you can trust our independent reviews
Top Gear Team
Published: 12 May 2017
Skip 10 photos in the image carousel and continue reading 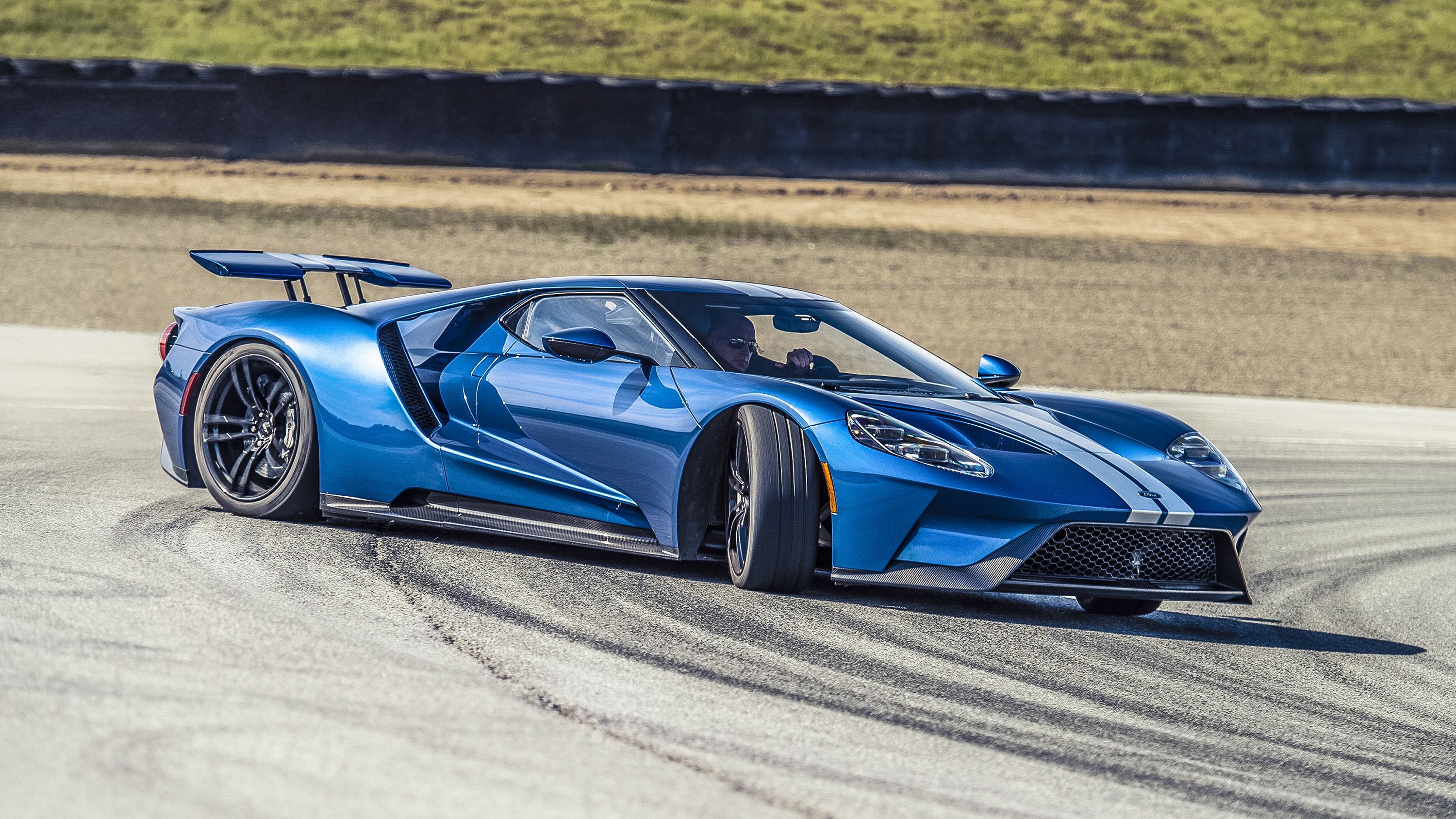 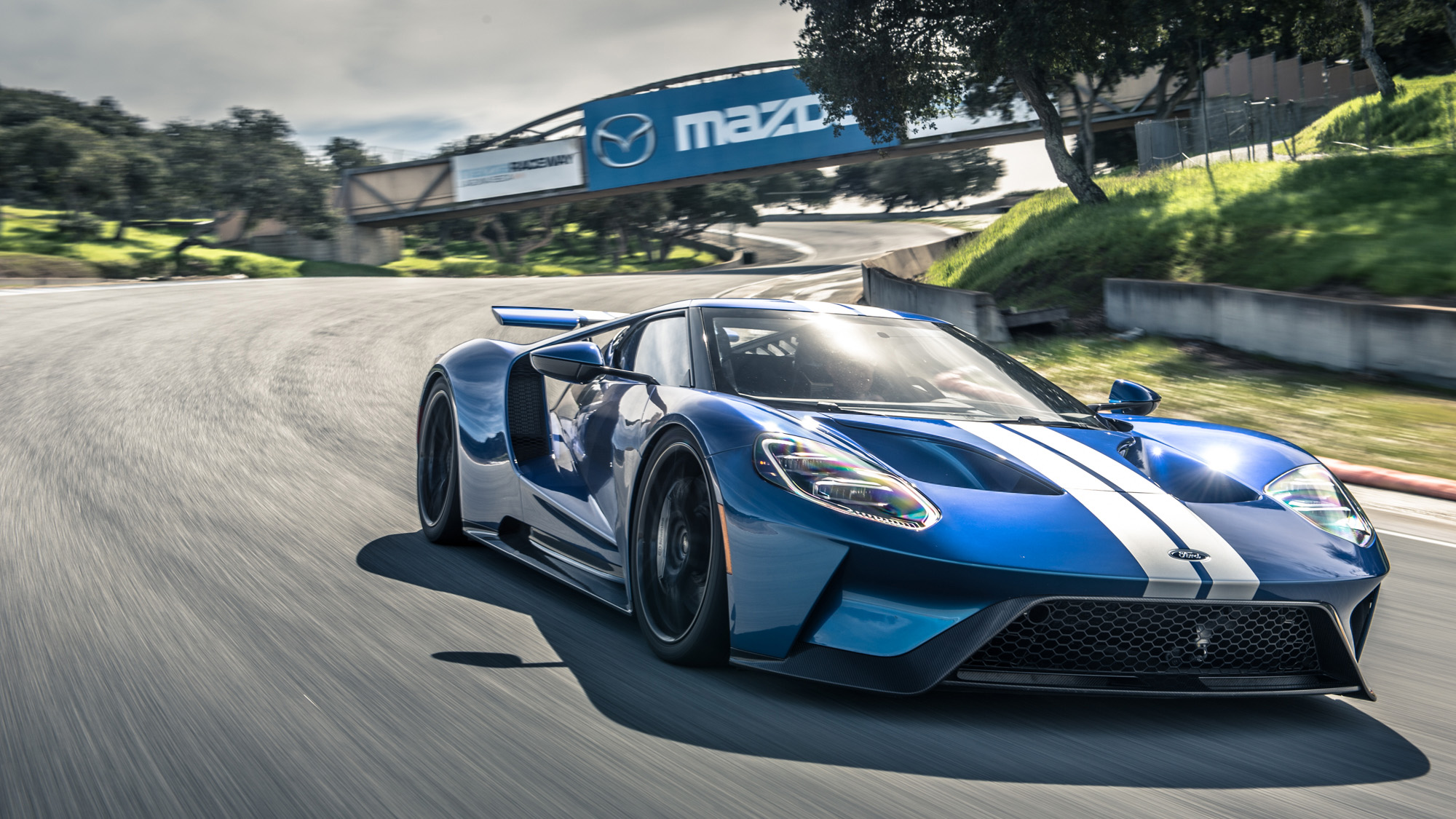 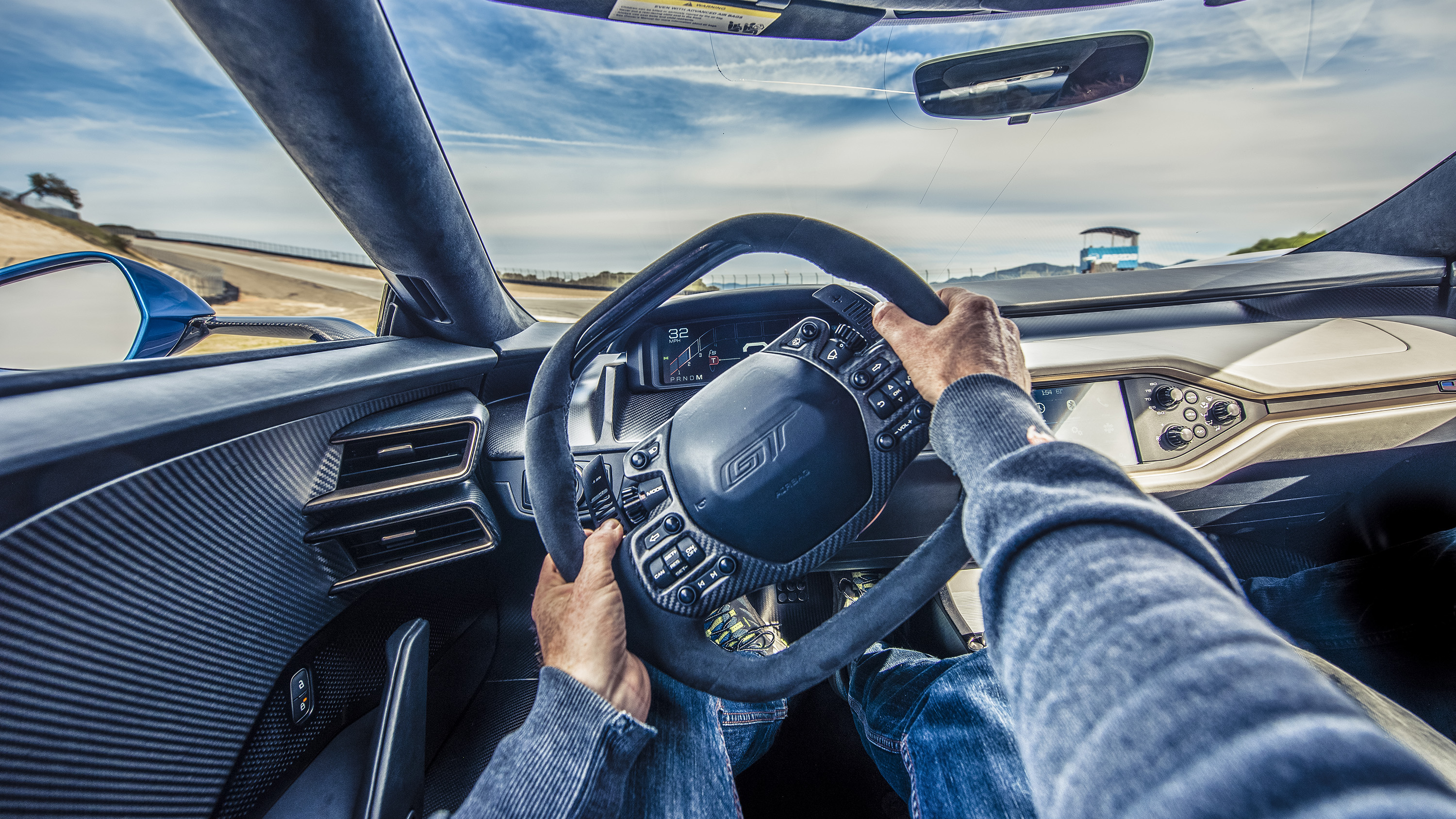 1 / 10
Advertisement
“Forget the engine, the chassis is the star of the show here. One of the best handling cars in the world right now. ”

V6 is effective rather than entertaining, no boot space.

The new Ford GT. We’ve driven it. About bloody time too. It’s almost a year since it won its class at Le Mans, and several weeks since Matt LeBlanc drove it on the TV show. But we’ve got a lot to get through, so let’s press on.

The basics you’re probably familiar with, but let’s go for a brief recap because there’s a reason the controversial V6 is the right engine for this car. And that’s because the Ford GT is all about packaging and aerodynamics and driving behaviour – it’s a chassis car, not an engine car.

Firstly, as road and race versions were developed in parallel, aero was critical. As Jamal Hameedi, the chief engineer of Ford Performance, puts it: “We wanted downforce, but it had to be efficient downforce – we didn’t want to pay high drag penalties. And that’s why we migrated to a fixed seating position, because that really allowed us to shrink the greenhouse and lower the frontal area.” So you stay where you are in the cockpit and pull pedals and wheel to where you want them.

The compact longitudinal V6 is shoved up against the carbon tub’s bulkhead, and the turbos that force its induction are further out under the massive aero channels. The intercoolers for the turbos are further out still, in the pod-racer outriggers. Now, if the GT had used a V8 it would have taken up more space and the GT wouldn’t have been able to make so much use of aero (plus it would have weighed more). How much aero? How much downforce? Well, that’s the one thing Ford won’t say, because it might allow rival race teams to calculate how much downforce the racing version produces.

But everywhere you look on the bodywork is an aero device of some description. The flying buttresses that link outrigger to central body are wing profile (they’re also hollow and channel intake air to the engine, which is pretty cool), the rear lights are hollow and vent air from the intercoolers, there’s an underbody diffuser, splitter, flat undertray, active rear wing, plus, Hameedi points out, “you would never have a hole unless it’s feeding a cooler.”

How weird would it be if this bleeding edge aero work was teamed with an old school big-banger V8? So it’s an all-aluminium, dry-sump 3497cc V6 that develops 647bhp at 6250rpm and 550lb ft at 5900rpm and pushes all that to the rear wheels via a seven-speed twin clutch gearbox. The suspension is double unequal length wishbones all round with inboard spring/damper units. There are carbon ceramic brakes with six piston Brembo front calipers clamping 394mm discs (four piston calipers work the 360mm rear discs), and hydraulic, not electric, power steering.

And then there’s Track Mode. Twist a knurled knob on the steering wheel to ‘T’, confirm with another button press and the GT drops 50mm instantly. It’s like the underside of the GT is a suction clamp. All told it has a dry weight of 1,385kg. Which probably means it weighs getting on for 1,500kg when loaded with fluids. So not much lighter than an Audi R8 V10 Plus, while a McLaren 675LT has a dry weight of 1,230kg...

The McLaren’s important, because by Ford’s own admission, that’s the car they’ve benchmarked the GT against. Right, enough information, let’s get on with driving it. 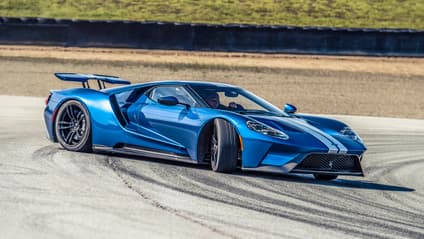 “Right now, it might just be the best handling hardcore supercar of them all.”

The Ford GT is not a supercar in the same mould as an Audi R8, a Ferrari 488 GTB or even a McLaren 720S. It’s the next step on, where they strip out the weight, ramp up the aggression and really work the aero. Really, really work the aero in the case of the GT. It’s utterly, I suspect purposely, impractical which serves to remind you that it’s all about the driving.

And it is a sensational car to drive. Always on the balls of its feet, it’s beautifully balanced, sharp, stable and rewarding. It’s also exciting. This is not one of those relentlessly efficient cars that’s too concerned about lap times to have a good time. Instead it sucks you into its world. It’s joyful, exuberant, friendly enough to entice the less experienced, talented enough to fascinate the chargers.

No, the engine isn’t that charismatic or exciting to use, but there’s no denying the force it offers. Just know that you’ll get your kicks through your touch points not your ears. And if it didn’t have this engine, if it had a V8, the packaging would be different and the GT wouldn’t have its USP. Because the aero, the buttresses and those ridiculous channels, aren’t only an instant visual ident, but allows this car to carve its own place in the market. It’s a compelling machine. 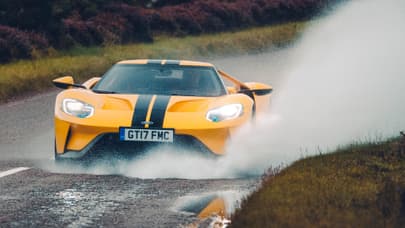