£618 p/m
External link to
with Leasing.com
Read why you can trust our independent reviews
TopGear.com
Published: 07 Nov 2022
Skip 16 photos in the image carousel and continue reading 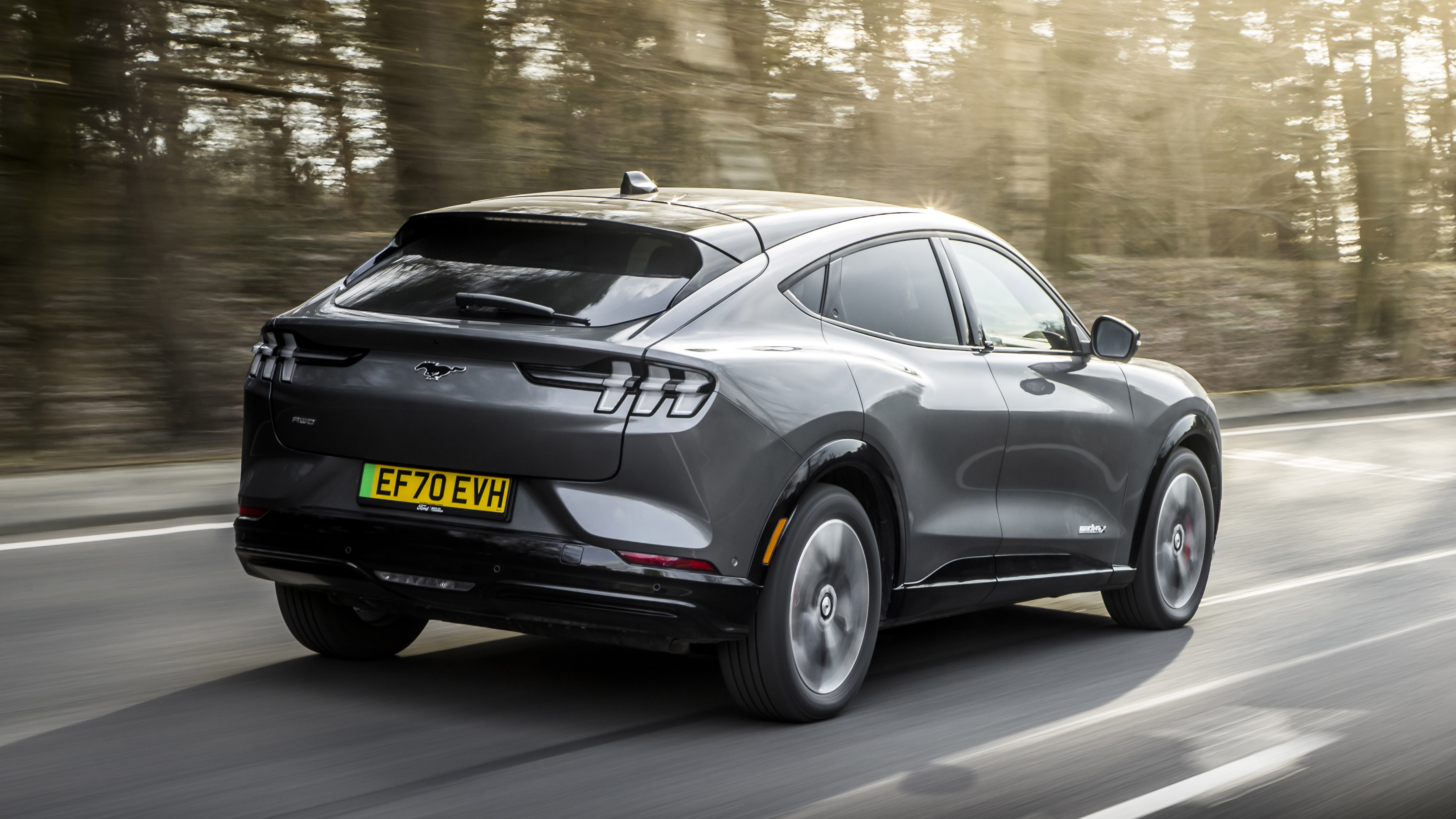 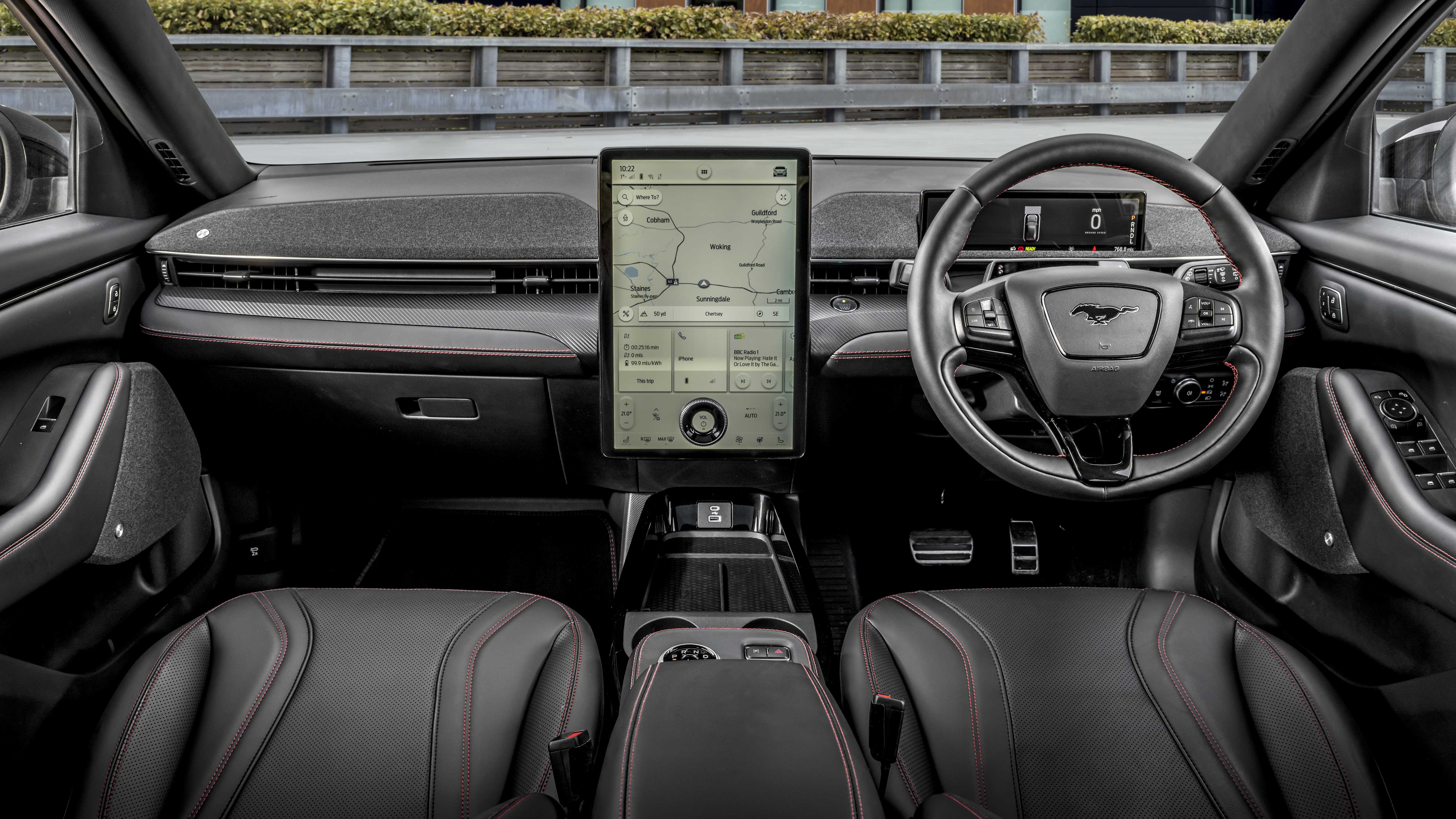 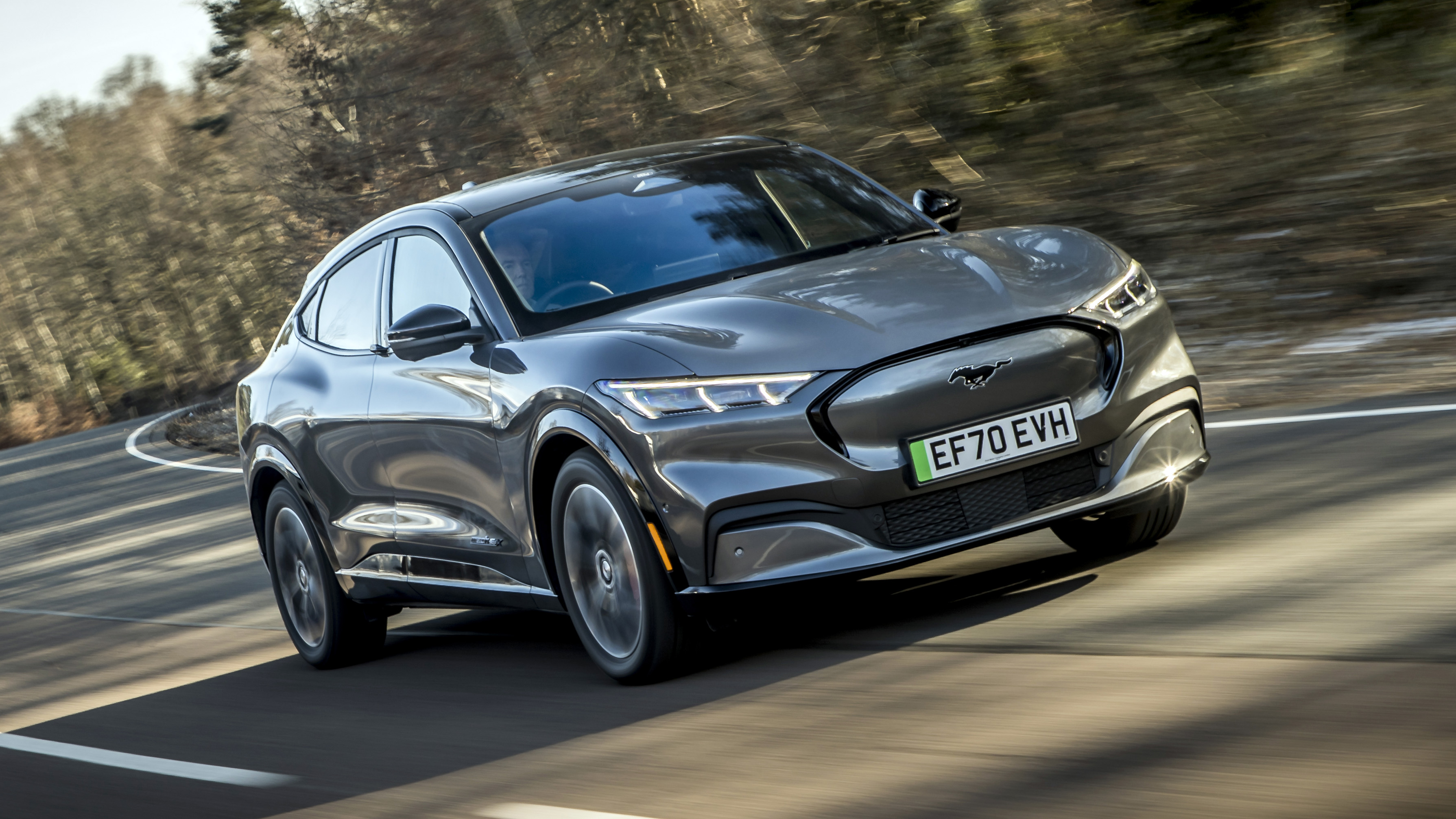 It’s clear Ford was treading a narrow path here. It wanted the Mach-E to be as sleek as possible to get across maximum Mustang vibes, yet carve out enough space inside to convince as a family wagon. It just about does that. Outwardly the sloping tailgate and long bonnet ensure it’s a car you won’t mind being seen solo in, but inside you will fit five people and a load of kit.

Does it live up to its premium billing?

There’s a clear sense of design, but the materials and quality are Tesla-level rather than Audi-level. At £50,000 they’re not really good enough, and as you move further up the range you might be left feeling even more short-changed.

The switchgear is mostly lifted from lesser Fords and there’s quite a bit of it – it hasn’t been stripped down to the bare minimum so you still have conventional column stalks (from a Fiesta, no less) and steering wheel buttons. The same can’t be said for the interior door handles – small levers instead operate the electronic door latches. No door handles on the outside, either; these have been replaced by small circular buttons to improve aerodynamic efficiency. Teaching children to reach into the door jam to open a door might not be Ford’s smartest idea ever.

There’s a useful screen in front of the driver for essential information (speed, nav directions, warnings etc), but if you want more than that you’re interacting with the giant, upright central screen, complete with physical knob controller, used to control volume and the like. Shame Ford couldn’t have gone for a neater look, though.

Is it simple enough to use?

It takes some getting used to – there’s a heck of a lot of menus to scroll your way through – and the whole touch, pinch and swipe, while cool, isn’t easy on the move. Just as well it accepts over-the-air updates for future improvements.

There’s a row of frequently used apps (nav, media, phone, settings etc) across the bottom, and pressing one of them makes it fill the top half of the screen. This means Apple CarPlay or Android Auto don’t take over the whole screen, so you could have Waze and the in-car nav working simultaneously. The nav, like most other electric cars, will direct you to charging stations if needed en route (though unlike Tesla it can’t tell you if they’re working or unoccupied) but the mapping is fairly simple.

The FordPass phone app links to the car to give you some elements of remote control and the ability to use your phone as the key, but the one thing worth getting excited about is the B&O sound system which has a row of speakers behind the mesh on the dash. It looks the part and it sounds good, too.

How much room is there?

The 402-litre boot may not sound that generous, but floor space is good and if you pack around the cables there’s a bit more space underneath. Seats folded, that expands to 1,420 litres. And there’s another 100 litres or more in the ‘frunk’. Quite frankly given the length of the bonnet, you’d have thought Ford would have been able to make more of that space. There’s a lot of plastic under there.

The dipping roofline means you need to watch your head on the rear doors, and being sat high means taller folk may strain their necks. Still, the floor’s flat, so the central passenger doesn’t have much to complain about and legroom is fine. But it’s hardly an exciting environment. The leather throughout is plasticky and there’s little to keep occupants, er, occupied. No attractive design or neat features.

On a more practical note, the storage is really well thought out and extensive – two level central trays (featuring wireless phone charging, which work well), a deep bin, cupholders and all the rest.