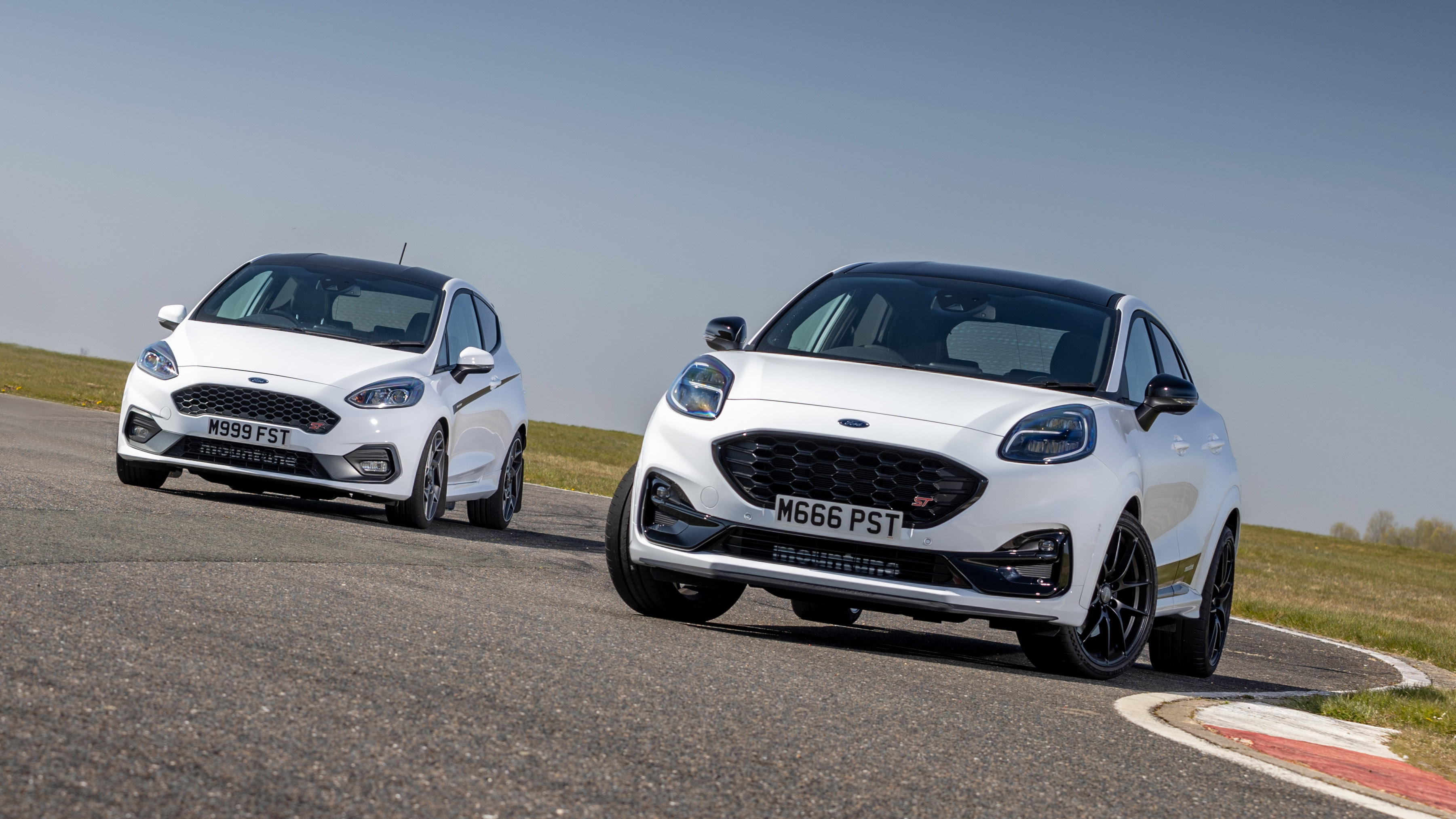 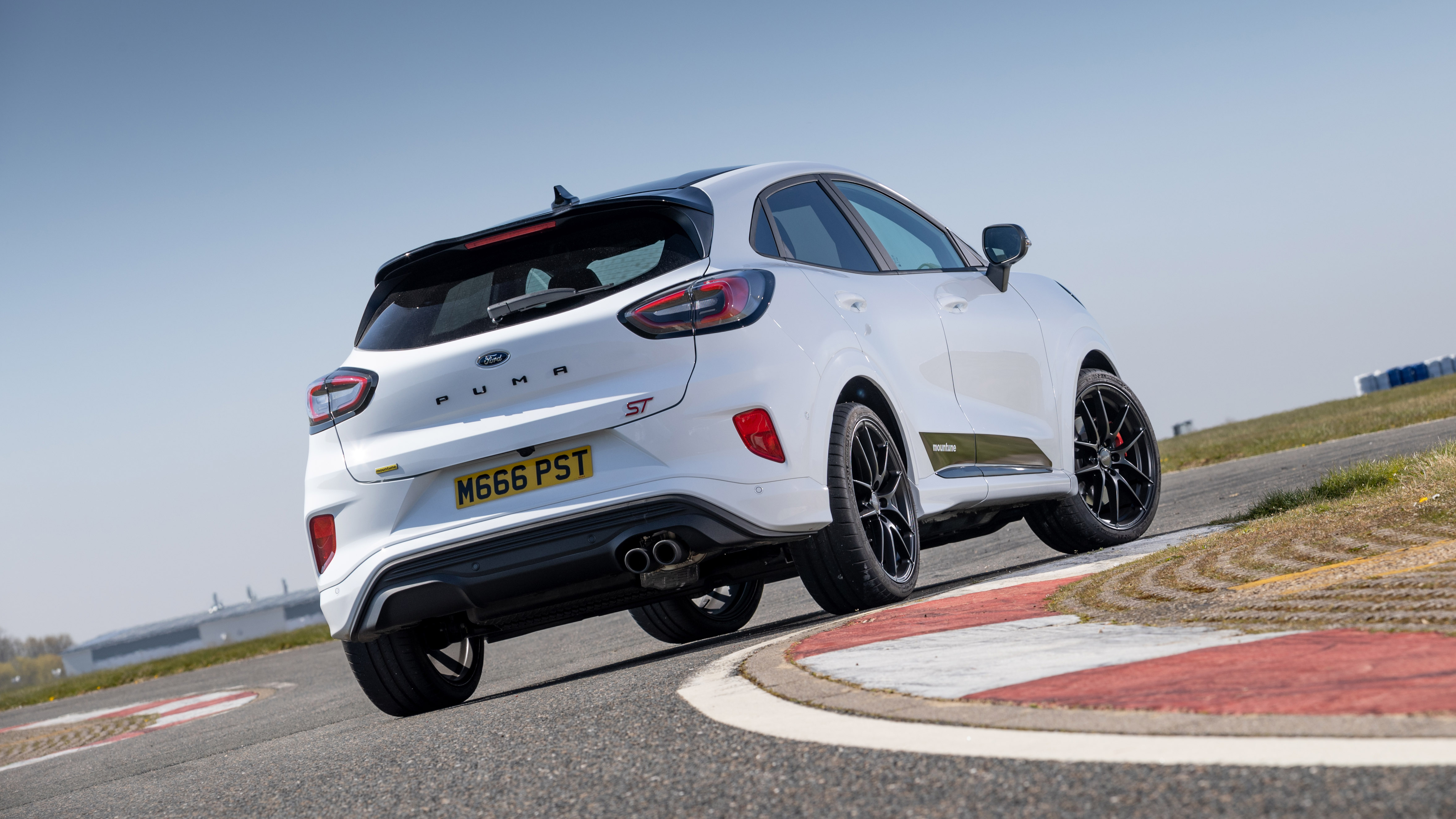 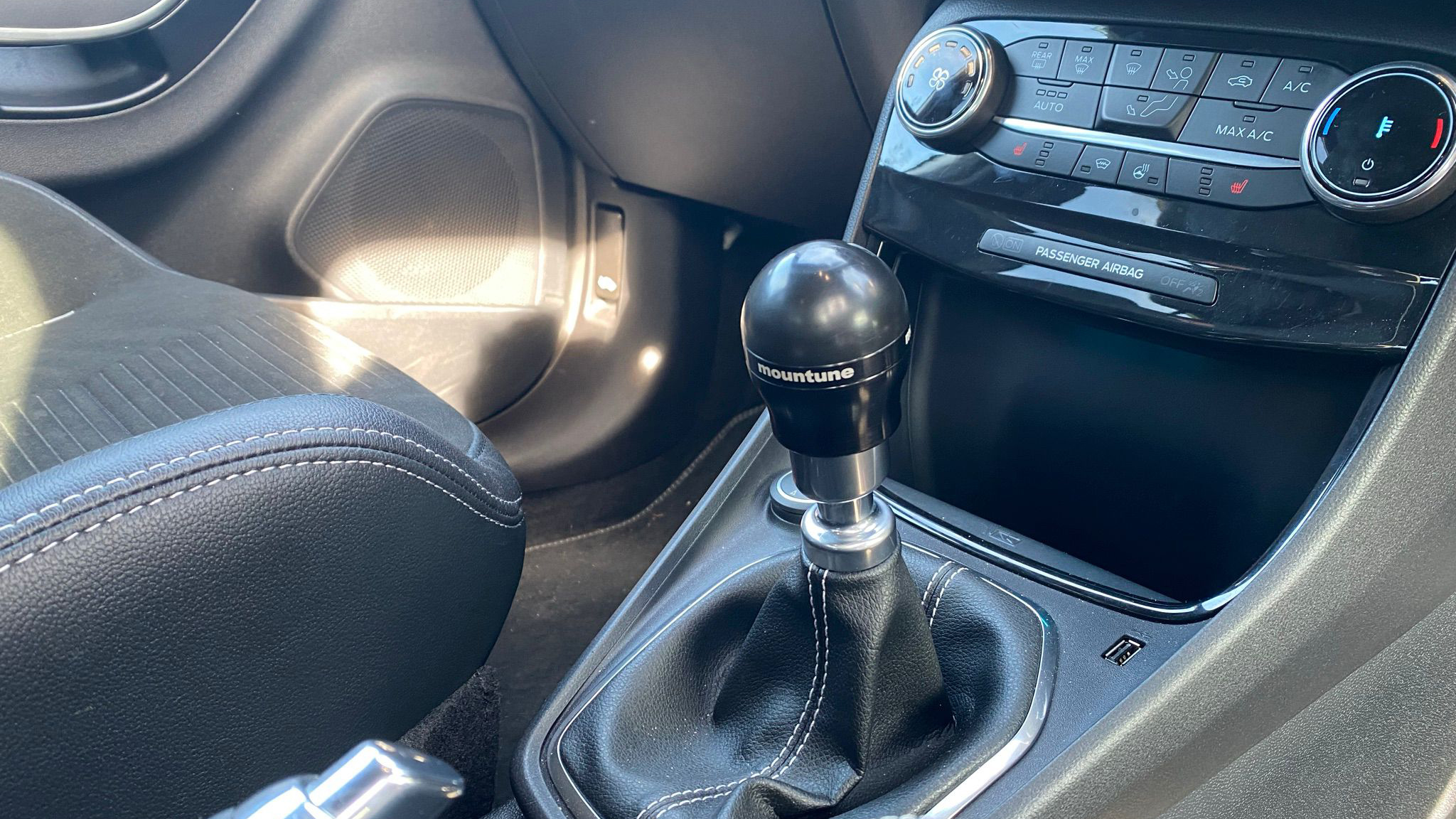 What have we here then?

You knew it was coming, didn’t you. Mountune has been modifying (and racing) fast Fords for over four decades, so there was no chance it’d miss out on the Puma ST.

Yes it’s a compact SUV, but the standard ST-on-stilts still manages to be a proper performance car. The Essex-based tuners describe this as ‘a Mountune for a different generation’, but that doesn’t mean any less work has gone in to the modifications.

What have they done to it?

The latter also gets an ECU reflash, but it’s combined with a new induction kit, a charge pipe kit and a new intercooler. It’ll only run on premium unleaded too. The beauty of Mountune’s Bluetooth kits, though, is that if you spec the m260, you can use a mobile phone app to switch back to the m230 or completely back to standard. Oh, and there’s also the option of an ‘Anti-Social Mountune Overrun’ calibration that adds the all-important pops ‘n’ bangs – that’ll only really work for car shows though, reckons Mountune.

Looks like they’ve done even more to that car, though?

Keen fast Ford eye you’ve got there. The car above – and the one we’ve been driving – is Mountune’s demonstrator. As well as the m260 kit, it’s got a new prototype exhaust with carbon fibre tips and prototype springs that drop the ride height by 25mm. To give you a sense of where that leaves the Puma, we parked alongside a current-generation Focus Active and both were roughly the same height.

How does it feel to drive, then?

Ah yes – as with Mountune’s smaller products, it’s really rather good. The m260 provides a noticeable increase in power over the standard car, with more grunt available lower down in the rev range and an impressive lack of turbo lag. You’ve now got 269lb ft of torque, and 256bhp is mighty for a three-cylinder – it means the Puma is just one horse down on a GR Yaris but with it all still going to the front wheels. Mountune’s new exhaust helps it sound a little brawnier too, without being over the top.

The standard Puma ST is remarkably good when you get into the twisty stuff, with the optional Performance Pack’s Quaife limited-slip diff shifting torque around for maximum grip and commitment. Here you get even sharper turn-in thanks to the lightweight wheels, and not even a hint of body roll. It feels light, with a quick steering rack and perhaps an even better ride than the standard car that means mid-corner bumps are less likely to kick up a fuss.

Those Cup 2s offer huge amounts of grip on dry roads, but like the standard Puma ST the rear axle is a little less playful than a fast Fiesta’s. The brakes here are standard but offer enough bite to deal with the extra speed, and you should absolutely spec a Mountune metal gearknob (£59) that gives proper touring car vibes.

Speaking of that gearchange, Mountune has also added a ‘no-lift shift’ function to the m260, meaning above 5,000rpm you can bang in gears without coming off the throttle. It only requires a little software remap and is lost if you switch to the Anti-Social map, but it can make slip roads fun. You also get more aggressive launch control courtesy of Mountune.

How much will all of this cost me?

Well, you can pick’n’mix the bits you want and leave out anything you don’t fancy, but the standard m260 remap is only £675 (the m235 is £575) and the recommended additional engine upgrades come to around £1,000. Seems like good value for this much extra performance.

At the time of writing Mountune has sold out of its OZ wheels, but there’s little doubt that they have quite a large impact on steering feel and the ride. The exhaust and lowering springs haven’t been priced up yet.

If you’re not a fan of the standard Puma ST it’s unlikely that these upgrades will convince you (not to worry though, you can now get the m260 upgrade for the Fiesta ST) but if you’ve already bought one or are considering the larger fast Ford – Mountune’s upgrades undeniably take it to the next level. It’s cracking fun to drive, and that’s all that matters with a hot hatch right? No matter how tall it may be…