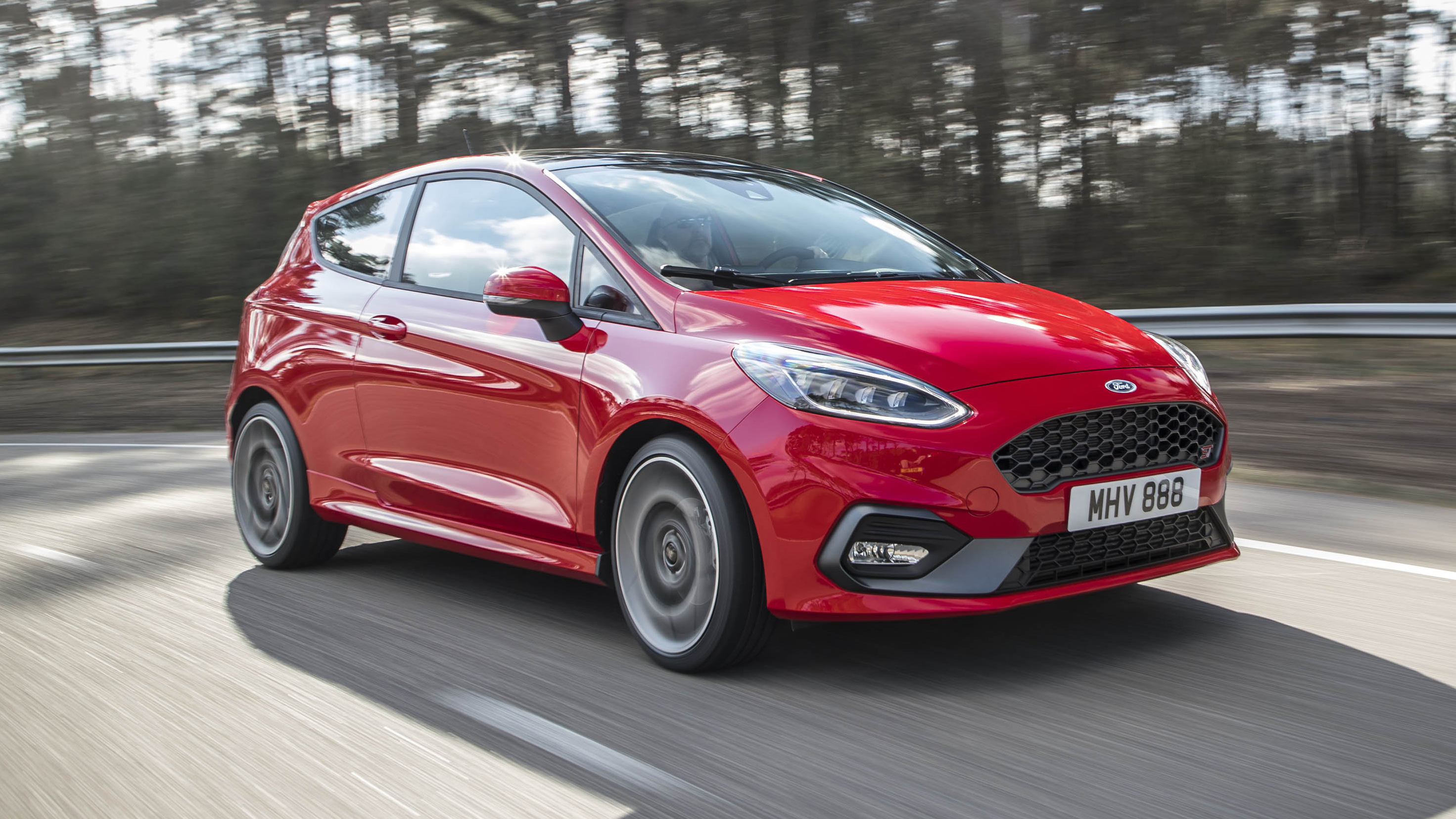 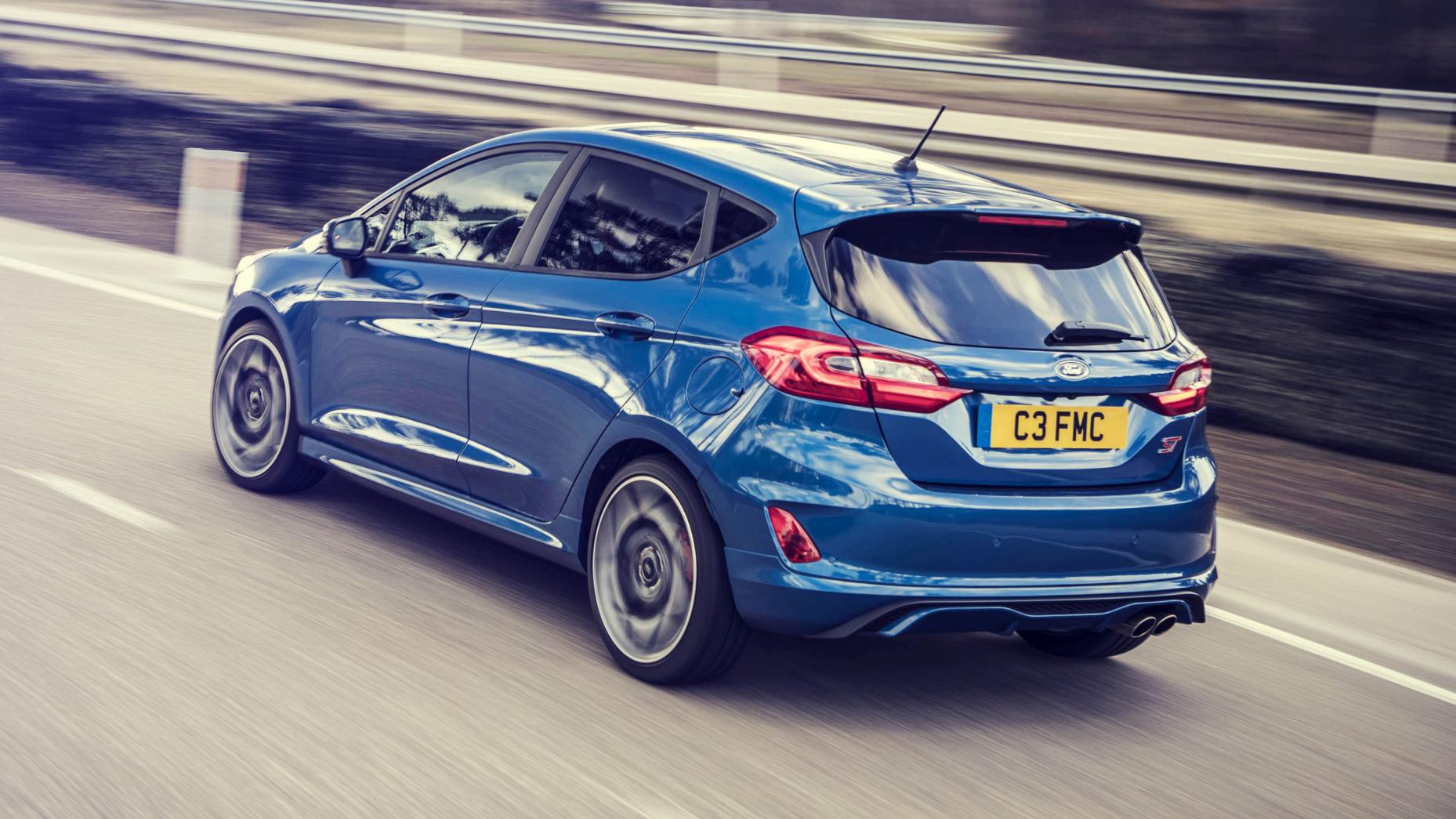 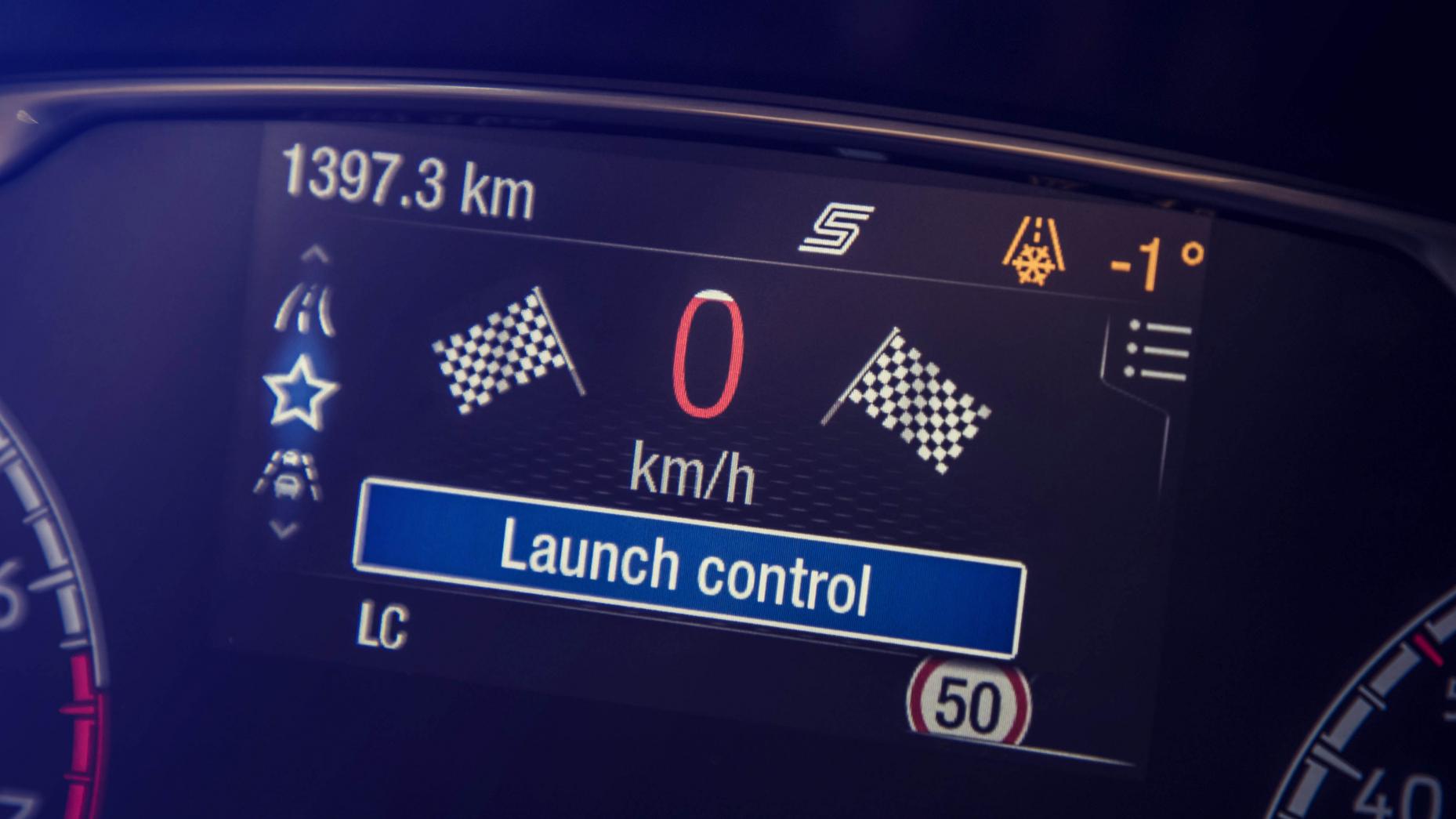 1 / 10
Advertisement
“The fast Fiesta is more grown up in all the ways you’d want, marginally less chuckable than before, but still hilarious ”

Does it really need the mode complication? Probably not. Gearshift not as slick as before. Looks too timid from the rear

The sequel to one of the best fast Fords of all time. The last ST was a best-in-class, Top Gear Car of the Year-winning, affordable, fun and fast tonic of a hot hatch. So you’d forgive Ford for playing it ultra-safe with the new one. A couple more horsepower and a smarter interior, perhaps. Nope. Ford’s gambled massively, and installed a smaller engine, clever fuel-saving tech and driving modes, while keeping power on par with the old car.

That’s brave. When Renault tried to reinvent the small hot hatch with a paddleshift gearbox and multiple settings, it tanked. You all bought Fiesta STs instead. But what makes this new ST a winner is that it’s kept almost all of the chuckable, engaging approachability of its predecessor, while evolving into a more refined, comfortable, cheap to run and easy-to-use piece of kit. It’s some reinvention. And it’s still priced very punchily – the ST 1 starts at £18,995. An ST 2, the sweet spot, will set you back around £20k, and there’s a very tempting Performance Pack option for £850. Fingers crossed for a Mountune tuning package soon…

So, the big change. The engine is a new 1.5-litre, three-cylinder EcoBoost unit that’s all-new and vastly more economical than the old car’s 1.6-litre four-cylinder. In our testing it’s so far averaged 38mpg and managed over 45mpg on the motorway. Not bad for outputs totaling 197bhp and 214lb ft. Those are the same numbers as the old ST on its 20-second overboost – but the new one makes the numbers over a wider rev band.

Meanwhile, at a cruise it’ll shut down one cylinder to save you fuel. Not even the normal Fiesta EcoBoost can do that.

Inside, it’s a familiar Ford ST makeover. Massive, deeply bolstered Recaro seats face a flat-bottomed, ST-badged steering wheel and the gear gaiter’s decorated some blue stitching. That’s your lot – but it’s enough to amp up the ambience. And the new Fiesta’s basic cabin is vastly superior to the button-festooned old car’s plastic.

You can have a three-door or five-door bodyshell, there are two trim lines at launch, and not many options. The alloy wheels pictured are 18-inchers – 17s are standard. Want paddles? Forget it. At its heart, this is still an old-school fun-filled hot hatch, even if some of its methods are firmly 21st Century.

Read a long term review on the Ford Fiesta ST by clicking these blue words. 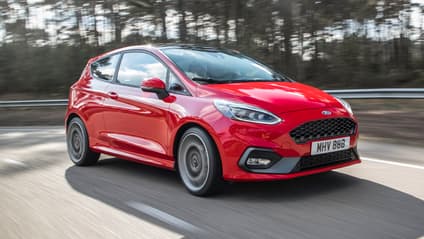 “A gamble of a reinvention, but the new, grown-up yet gigglesome Fiesta ST is mostly a winner. Buy one.”

The Fiesta ST is, overall, a triumph. And given how much of the old one Ford threw away and started afresh with (engine, suspension, steering), that’s a massive result. The innate chuckability is almost all still there, and even if this one does sacrifice a mite of it to have more stability and comfort, the payoff for many will be a less wearing car to live with every day. Which, when all said and done, is sort of the point of a hot hatchback, isn’t it?

The ST goes well, handles cheekily, looks handsome and it’s priced aggressively. The interior’s a two-generation leap from the old one – just as well, too – and it’ll be cheaper to run. We’d like less doughy steering, the jury’s still out on whether or not the modes actually add anything meaningful to the ST’s personality, and the seat can be a literal pain in the arse, on first impressions. But it’s not enough to put us off. This is a very clever reinvention of a true Top Gear favourite. Basically, buy one.