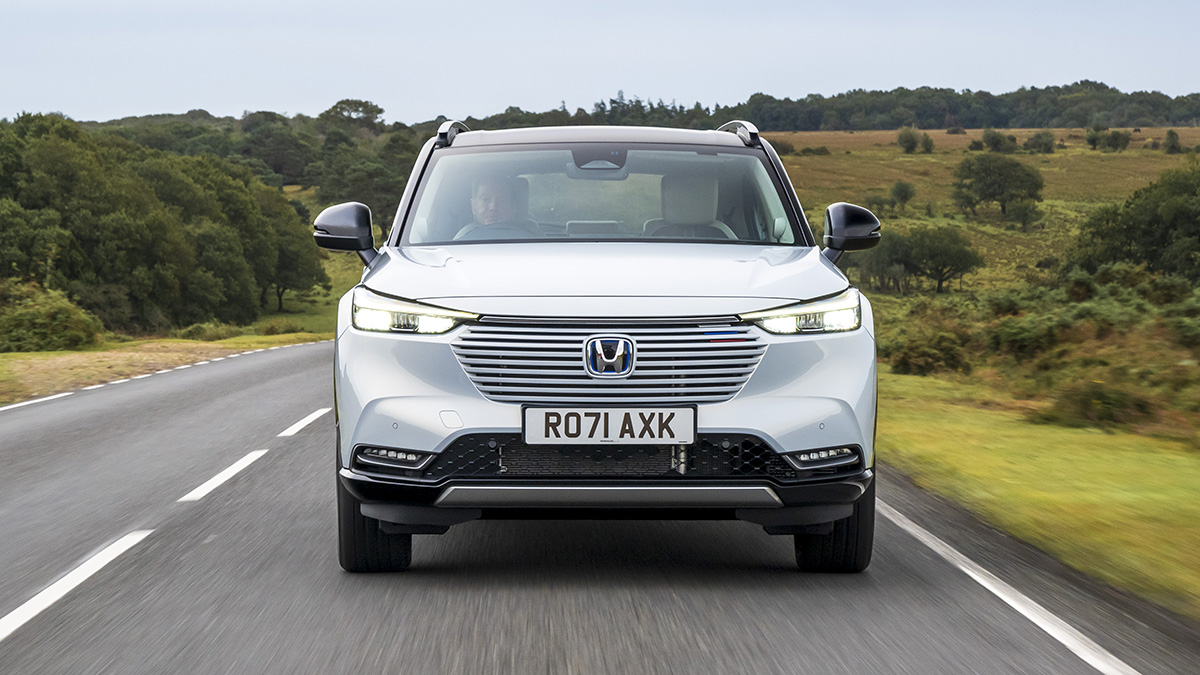 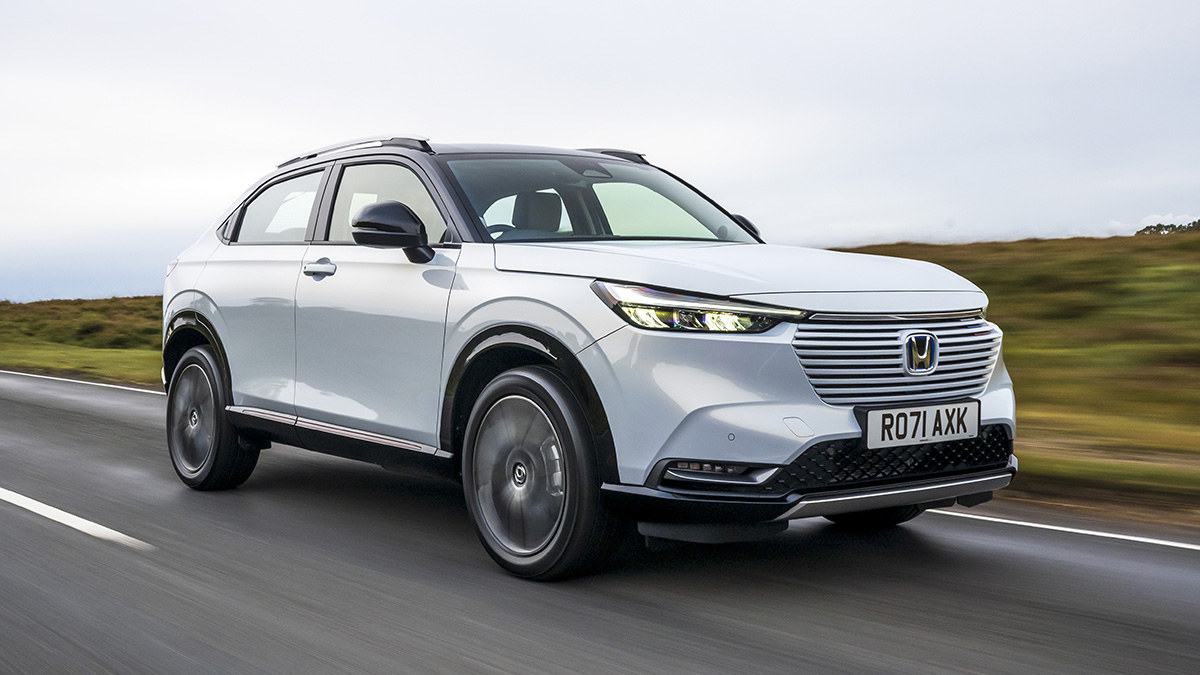 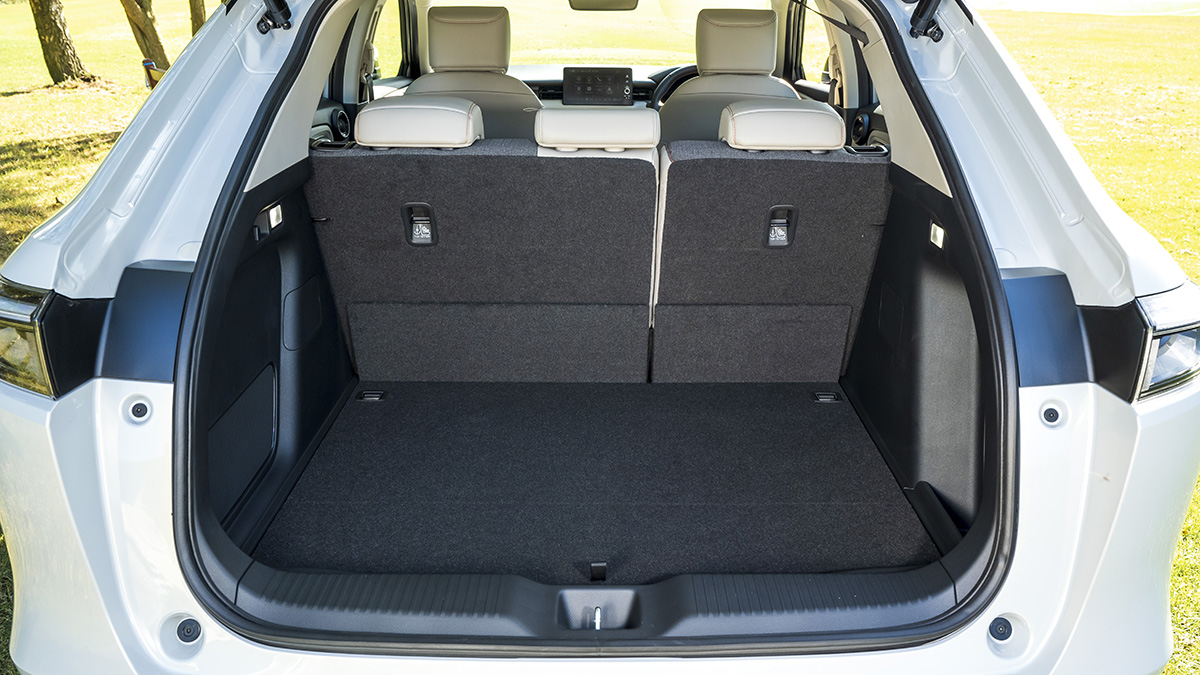 Small family motoring at its most practical and sensible

Doesn't really move the game on very much at all

This is the new third generation of Honda’s HR-V SUV, which started out back in 1998 as a super cool, three-door soft-roader for the surfing crowd, went quiet for seven years then came back as a slightly more conventional crossover.

This third version comes with what you might call a ‘bold’ new look that aims for clean, simple lines and tries to ape the silhouette of a coupe (it’s the latest fashion trend in small SUVs you know).

What engines can you choose from?

Choose is a very strong word, but seeing as cutting emissions is also very fashionable these days (fashionable/legally mandated, same thing) and with diesel demand in the toilet, Honda’s made the latest HR-V hybrid only. In China they get an electric version of the HR-V that manages nearly 300 miles on a charge, but over here we have to make do with the half-way house.

The hybrid set-up gets a 1.5-litre 4cyl petrol engine that runs on the Atkinson cycle (it burns fuel more efficiently, but you get less power from the same displacement as a more standard engine, so it works well when matched up with some electric assistance) – it’s a format that will sound familiar to hybrid aficionados, but Honda’s keen to emphasise the many ways it feels that it’s done things differently to its great rival from down the road. Like the gearbox, that’s different.

Is the HR-V as big as it looks in the pics?

What’s immediately surprising as you approach the new HR-V is that it doesn’t look as big and SUV-ish as it does in pictures. In the metal it is very wide and quite low, to the extent that you’ll probably bump your head the first couple of times you get in.

The second surprise is that the interior doesn’t match the boldness of the outside – it feels more like a facelift inside than anything brand new, as if Honda has pimped the old car. There are some nice touches, but it’s quite a conventional layout and it’s a bit tough to find a comfortable driving position, especially given that the steering wheel doesn’t extend very far towards you.

Does it have the magic seats?

The rear seats in the HR-V are indeed magic – sadly they won’t make you richer, thinner or any more attractive, but you will be able to effortlessly fit bulky items in the middle of your car. The fuel tank sits under the two front seats, so that’s saved a bit of space.

There are other nice little touches in the cabin, like the L-shaped ‘diffuser’ air vents that avoid the trauma of air blowing right in your face by creating instead a “gentle breeze” along the side windows. The power tailgate (mid-range upwards) is also useful, opening up to a wide, accessible boot, just don’t try and talk to it while it’s working, otherwise you’ll confuse it and it’ll get stuck. 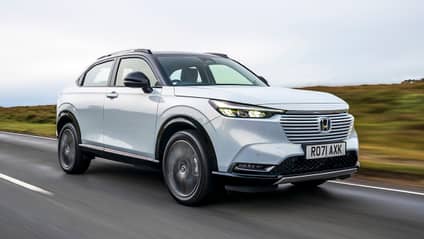 The HR-V is a mature and sensible addition to the tightly packed crossover landscape. Honda’s added some thoughtful touches to the car without loading it with gimmicks. There are better drives out there, and probably better styled cars depending on your tastes, but the HR-V is a decent all-round package. Sadly, it’s likely to be overlooked beyond those wanting to upgrade from a smaller Honda.