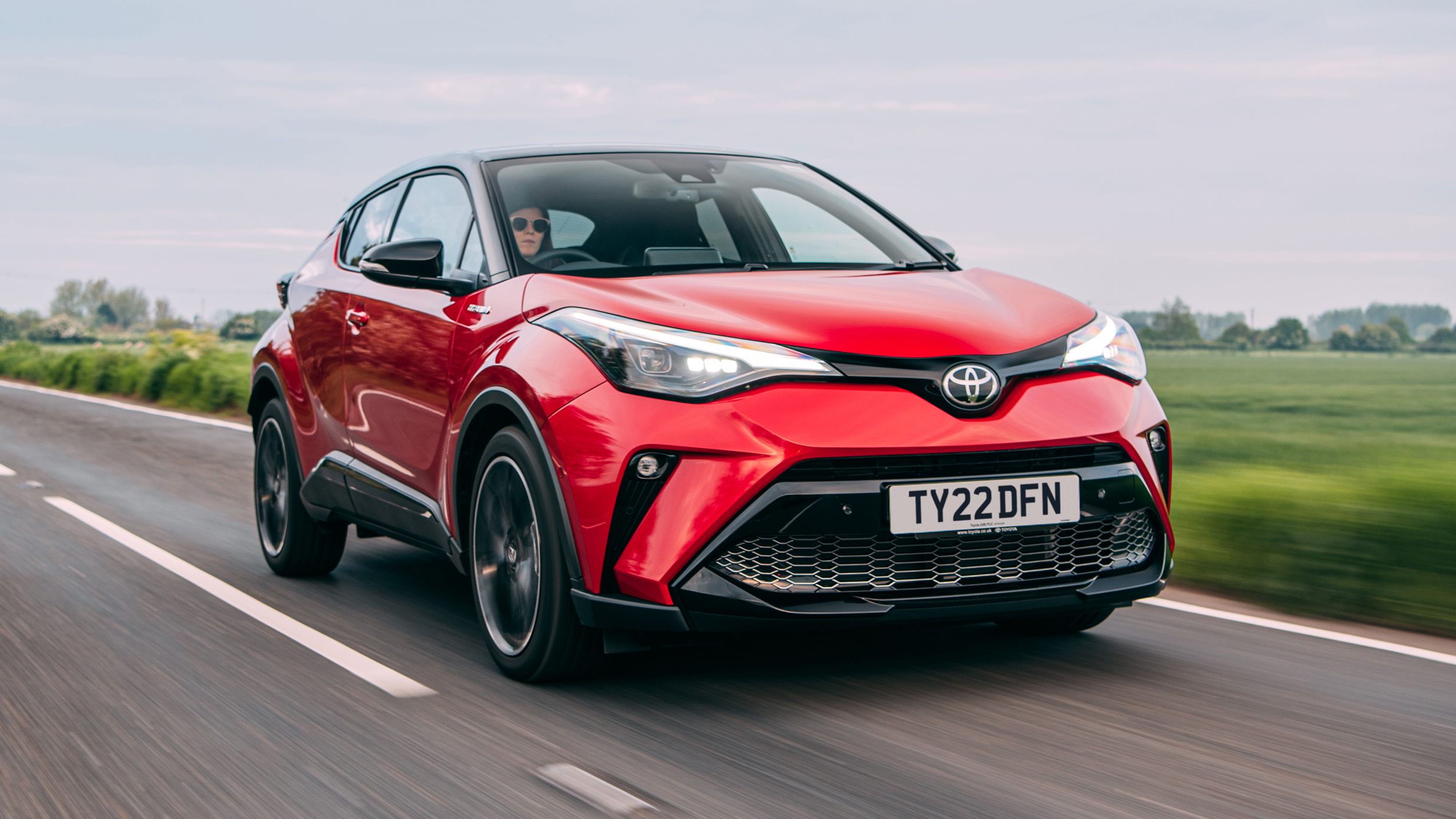 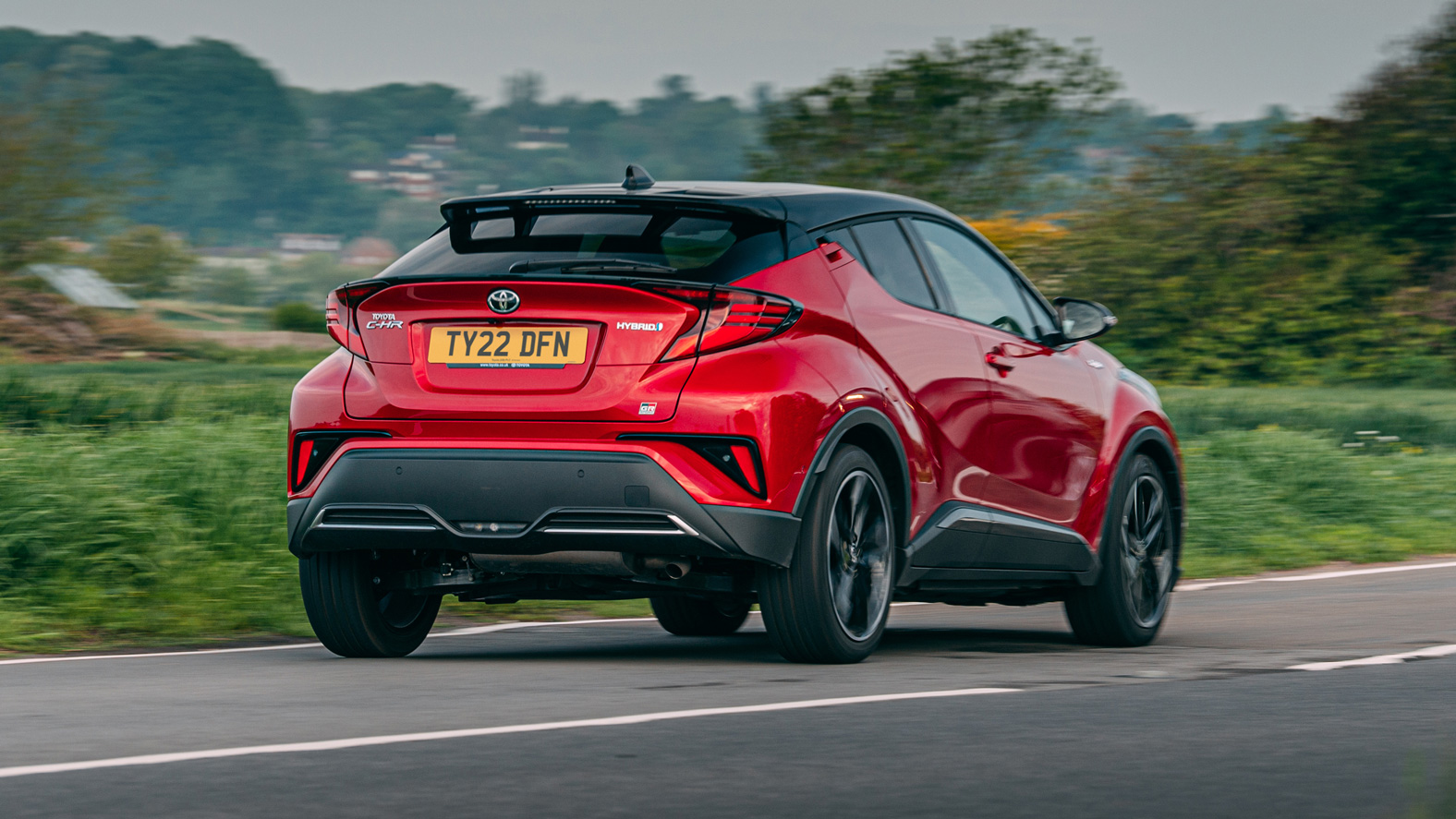 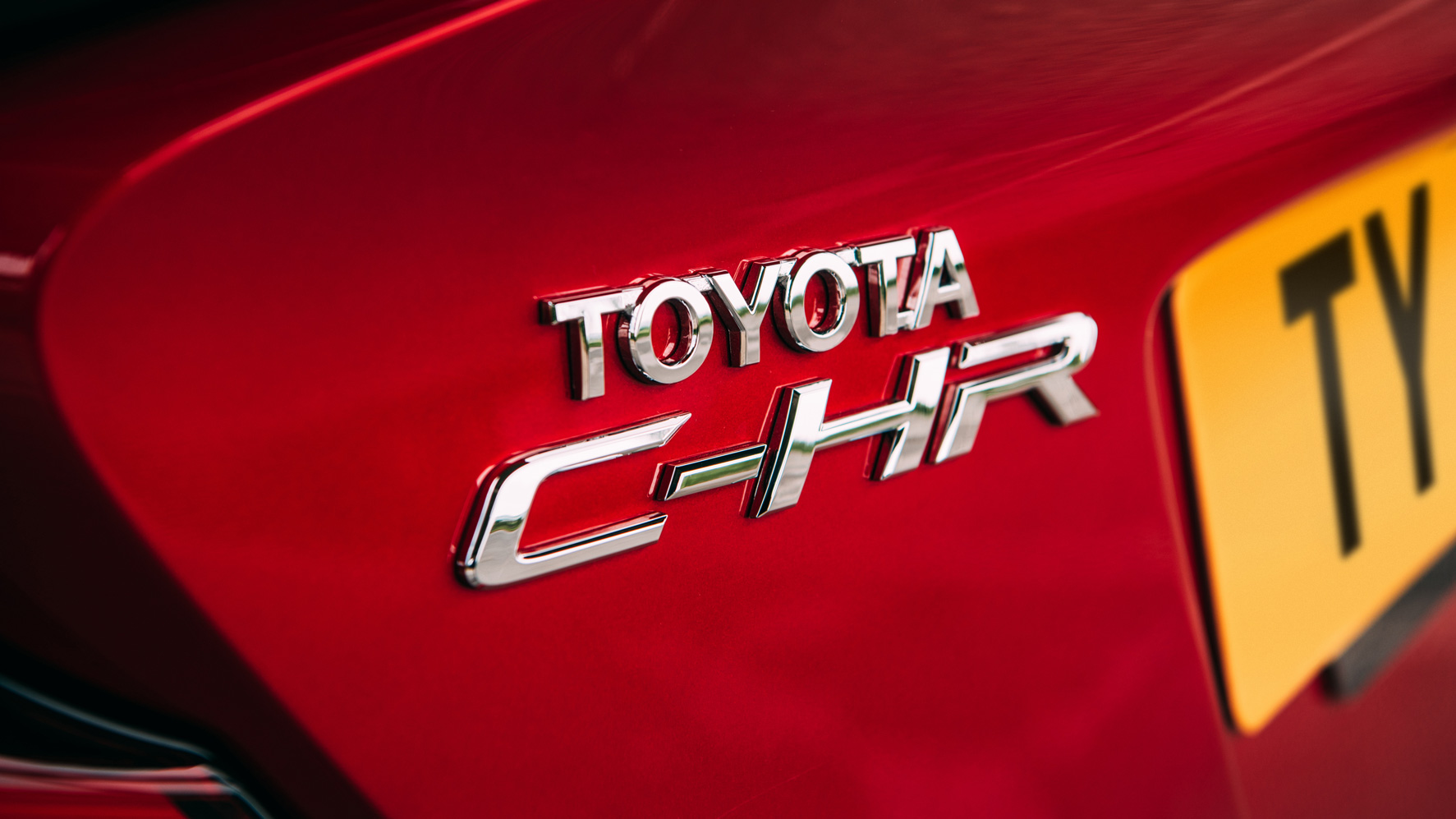 1 / 16
Advertisement
“The C-HR handles well, looks quirky and makes a tank of fuel go a long way, but small families will quickly outgrow it ”

Launched in Europe in 2017 the Toyota C-HR has evolved a great deal over the years, but still sits snugly in the company’s line-up beneath the larger RAV4 SUV, using the same iteration of the TNGA platform that underpins the Corolla hatchback.

And as a small-ish crossover it has a big-ish pool of rivals to contend with, namely the Renault Captur, Citroen C3 Aircross, Skoda Kamiq, Ford Puma, Peugeot 2008, Nissan Juke and Seat Arona. Heck, you can even chuck the cheap-as-chips Dacia Duster in there too.

With so many other cars occupying the same territory the C-HR needs a USP, and here the car suffers from split personality disorder to a degree because the main things it’s good at are handling and using as little fuel as possible. So it can’t quite decide if it’s sporty or economical. Best of both worlds, perhaps?

What are my engine options?

These days your engine options are limited to two petrol hybrids: a 1.8-litre that generates 120bhp and is good for 0-62mph in 11 seconds flat, or a 2.0-litre harnessing 182bhp and completing that headline sprint in 8.2 seconds. The former will easily do something close to 60mpg, while on paper the latter only lags about 4mpg behind. These days, with fuel prices seemingly spiralling out of control, frugality is a very handy characteristic to have.

As for its ability to go around corners, the C-HR is rather good. The caveat here is that, as is the case with most crossover-y thingymabobs, it’d be even better if it wasn’t simply a hatchback on stilts. But we digress. Though you shouldn’t mistake it for a sports car, the C-HR tucks into corners well and on the rare occasion you approach a B-road with nothing in front of you, it won’t entirely disappoint.

Damning with faint praise, much?

Sorry. We’re a little irked with Toyota ever since it killed off our favourite drivetrain; the 1.2-litre four-cylinder turbo with its slick six-speed manual ‘box. Trouble was, it represented less than 10 per cent of the model’s sales in the UK, and the Japanese manufacturer wisely decided it’d be better off focussing on variants that actually sold well.

So now it’s autos only, which is a shame because we’re not big fans of the CVT transmission. The C-HR is now also hybrid only, a la the RAV4. Except you can get a plug-in hybrid version of that; with the C-HR, the only one on offer is of the non-plug-in variety where the electricity is harvested from the brakes and the zero-emissions range is tiny.

Worth mentioning too that the C-HR has had its suspension setup upgraded, and the power steering system has been improved too. Head over to the Driving tab for more info.

Got it. What about the looks?

That’s up to you, isn’t it? It’s fair to say that the C-HR’s exterior design is a little polarising, but they clearly worked with the British buying public. So it should come as no surprise that when the time came for a mid-life facelift, barely any of it changed.

Squint hard enough and you might just notice the bolder grille with repositioned fog lights, or the ever-so-slightly different light signature at both ends. There’s also a new body-coloured front splitter and chrome-infused rear diffuser, but the awkward rear door handles remain.

Thankfully the interior has had a few more updates, most notably where the touchscreen is concerned: on all but base-spec Icon trim, gone is the infuriating Touch 2 system and in comes Toyota’s Smart Connect+ setup on an eight-inch screen. The new one’s not perfect by any means, but we can’t tell you how glad we are to see the back of the previous system. Almost. The sooner it departs the entry-level C-HR too, the better. Rant continued over on the Interior tab.

All that remains is to ask yourself ‘Do I want to buy one?’ If so, you’ll need to stump up £28,470 for the entry-level 1.8, or a minimum of £32,595 before you’ve even thought about upgrading your trim level. Find full details - and TG’s recommended combo - on the Buying tab. 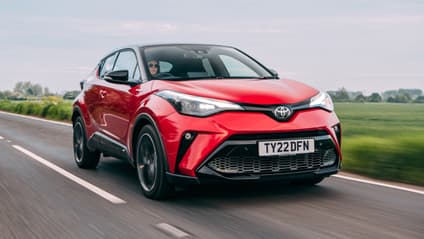 “The C-HR delivers superb fuel economy and decent handling, but that CVT should come with a set of noise cancelling headphones”

If you’ve been sold on the coupe-crossover thing as a whole (and lots of people have been), the C-HR will tick a lot of boxes. The striking looks, superb fuel economy from Toyota’s ultra-clever hybrid system, and more than decent road manners make for a strong offering. But it’s not without its flaws. That horrible CVT should come with a set of noise cancelling headphones to block out the drone at anything beyond half throttle, and practicality isn’t the greatest.

With the dismissal of the small 1.2-litre engine - and with it, the option of a manual gearbox - that ticket price has quietly crept up too. Sure, soft-touch surfaces give the cabin a more premium feel, but £32.5k+ for the powertrain you actually want (as opposed to the one you’ll likely make do with) is BMW X2 and base-spec Audi Q3 Sportback money. Expensive, in other words. 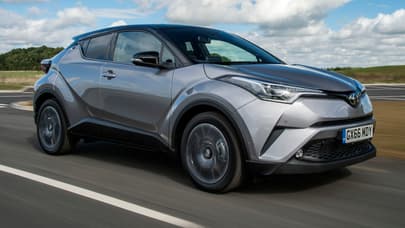 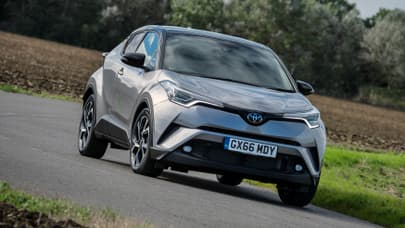