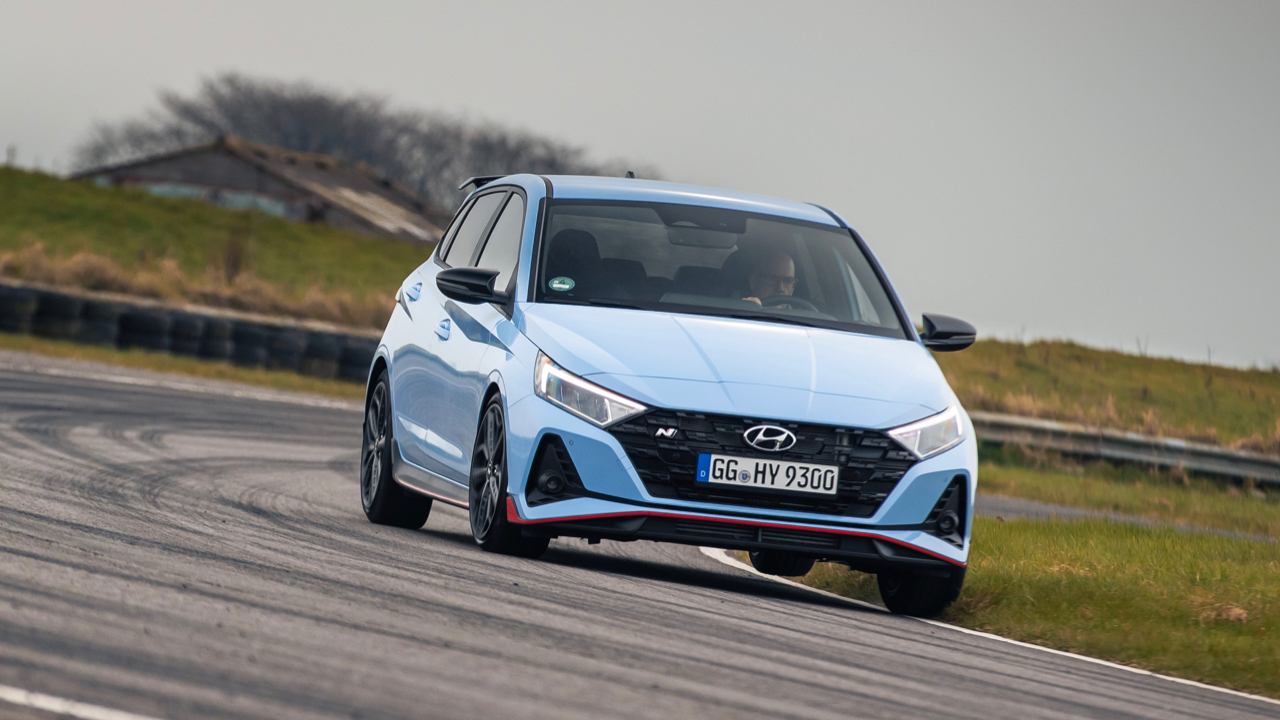 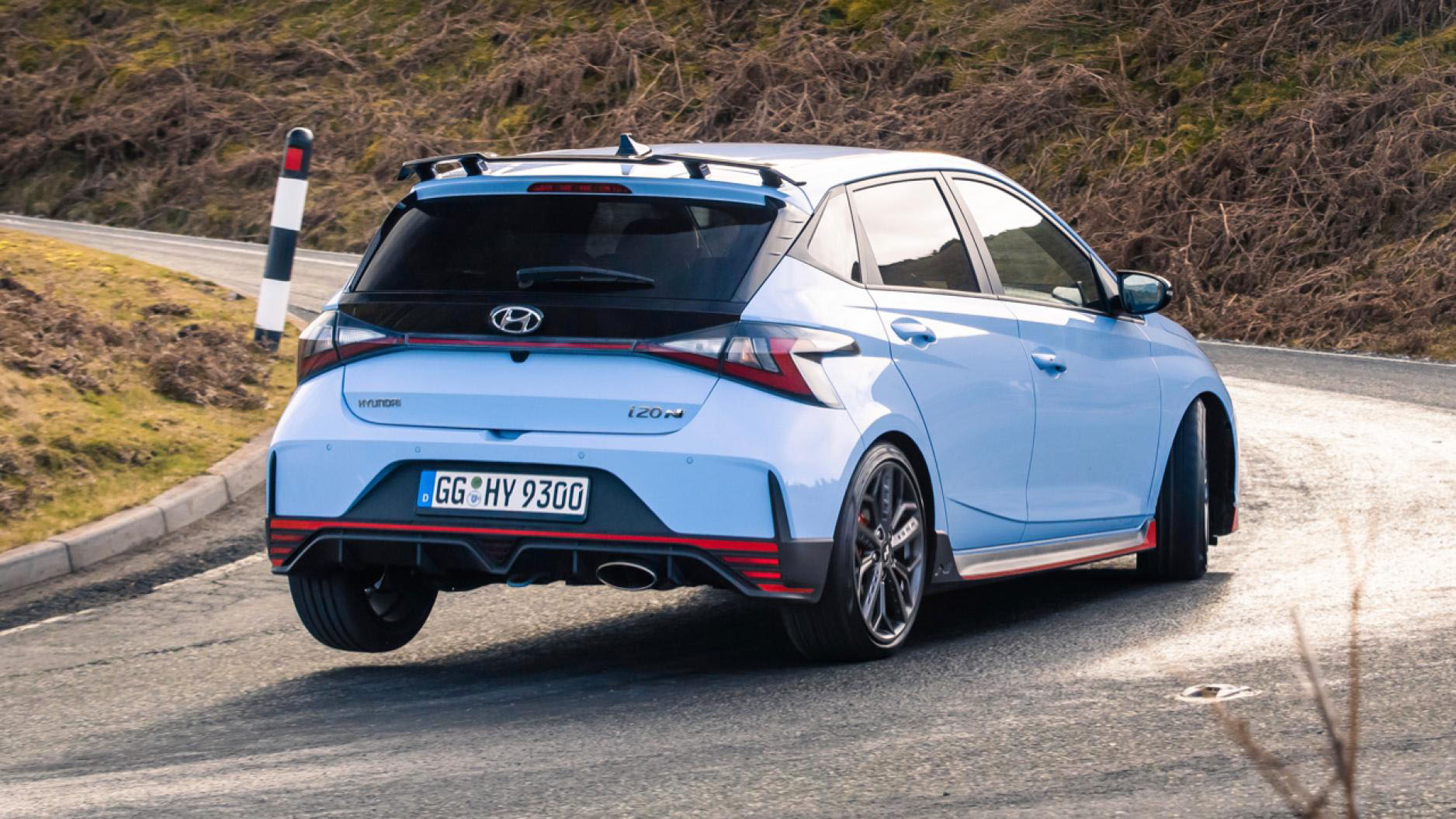 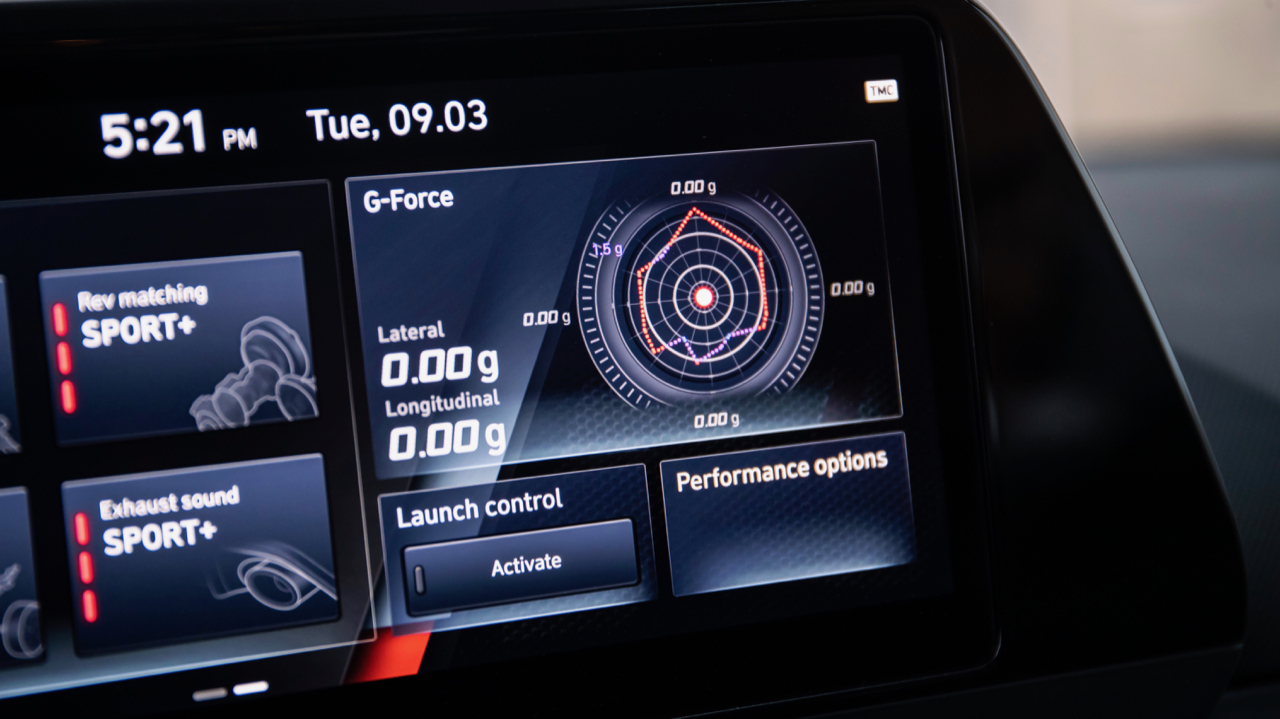 This is Hyundai reinforcing its hot hatch credentials. First, back in late 2017, we had the i30N, now we have the i20N. Soon a Kona N will be along, because hot crossovers are a thing these days. But the i20N is interesting, because this is Hyundai heading into a hot hatch sector most firms have abandoned. Renault no longer does a hot Clio, Mini no longer genuinely cares about driver engagement and all we have are lukewarm efforts such as the VW Polo GTI.

And the Ford Fiesta ST. This could be the reason no one else bothers. The same reason no-one builds a Porsche 911 rival. The fast Fiesta is so well-suited to what it does, it is everything to everyone. But here’s Hyundai tackling it head on. Four cylinders instead of three for the turbocharged motor, but near identical power and torque figures at 201bhp and 203lb ft. All sent to the front wheels through a compulsory six-speed manual gearbox and standard limited slip differential. In some markets the latter will be optional, but in the UK the i20N comes comprehensively kitted out as standard.

Which explains why it costs £24,995, when the Fiesta starts at £21,950. But actually the Fiesta almost everyone has is the £24,575 ST3, which adds in Recaro seats and the limited slip diff of the Performance Pack. Spec for spec, they’re evenly matched.

Hyundai claims the i20N is inspired by the i20 WRC rally car. Of course it does – they need to justify the sporting crossover somehow, even if it’s just pointing to the road car’s matching engine capacity and identical 1,190kg kerbweight. That’s commendably light actually, over 70kg below the Fiesta even though it has five doors. No three-door version available, which is likely to put off those who don’t want people to think they’ve bought a happy family shopper.

At least you can spec it in Performance Blue paint, and all come plastered with Tomato Red lipstick. Sharp lines too, although maybe too many of them around the rear three quarter area. Compared to a standard i20 supermini there are also LED headlamps, a 10mm suspension drop, a ‘WRC-inspired’ roof spoiler, 18-inch wheels, uprated brakes and – like the i30N – a wide range of configurable driving modes inside.

The mechanics are quite sophisticated and the changes over the standard i20 far-reaching, lending credence to Hyundai’s claims that this is a proper driver’s hot hatch. The engine features an intercooler and 350-bar fuel injection, the gearbox has been reinforced, the chassis stiffened at 12 extra points, there’s a new anti-roll bar, springs and shocks, more camber on the wheels, reinforced suspension turrets and that Torsen (torque sensing) locking diff to give the front end some bite and attitude under power.

The claims are 0-62mph in 6.7secs and 143mph, although you may be more interested in the as yet unconfirmed mpg and CO2 figures. If so, you’re wrong. It even has a launch control system, and you’ll be wanting to test that out. Inside there’s plenty of N branding and interesting screen data to keep you occupied, including lap and acceleration timers, although we bet the 10.25-inch central touchscreen will more often be configured to handle Apple Carplay or Android Auto. There are well bolstered seats and a manual handbrake.

You might think this will deliver Toyota GR Yaris-style rally shenanigans. If so, you’re misleading yourself. This is rally-inspired for marketing reasons only. The driving experience, like the i30N before it, is more track-inspired. Don’t forget the N in its name stands for Nurburgring.

It comes as little surprise to us that Hyundai has nailed the i20N. The company has very directly copied the firm-riding, direct-handling template of the i30N. If anything it’s even better this time round, the car feels very together, complete and well-rounded in a way we’re not sure even the Fiesta ST can match. As an ownership proposition, there’s a lot to like here.

What it isn’t is as playful and laugh-out-loud amusing to drive as the Fiesta. That car, with it’s zingy engine and addictive chassis, remains the most fun in its class. The i20N is more serious-minded, a little hot hatch that thinks and acts bigger. The engine, which needs to be livelier, holds it back a bit, but otherwise there’s a lot to be said for the i20N. Not least the fact Hyundai has bothered to develop and create a convincing car in a class that others have recently deserted, and presumably against an internal tide swinging strongly in favour of hybrid and electric.

Maybe a ‘we’ll-show-‘em’ attitude at the N Performance division provided the extra focus needed to make the i20N so convincing. Whatever the reason, this is a fast, engaging and likeable supermini. Chalk it up as another success for Hyundai N.