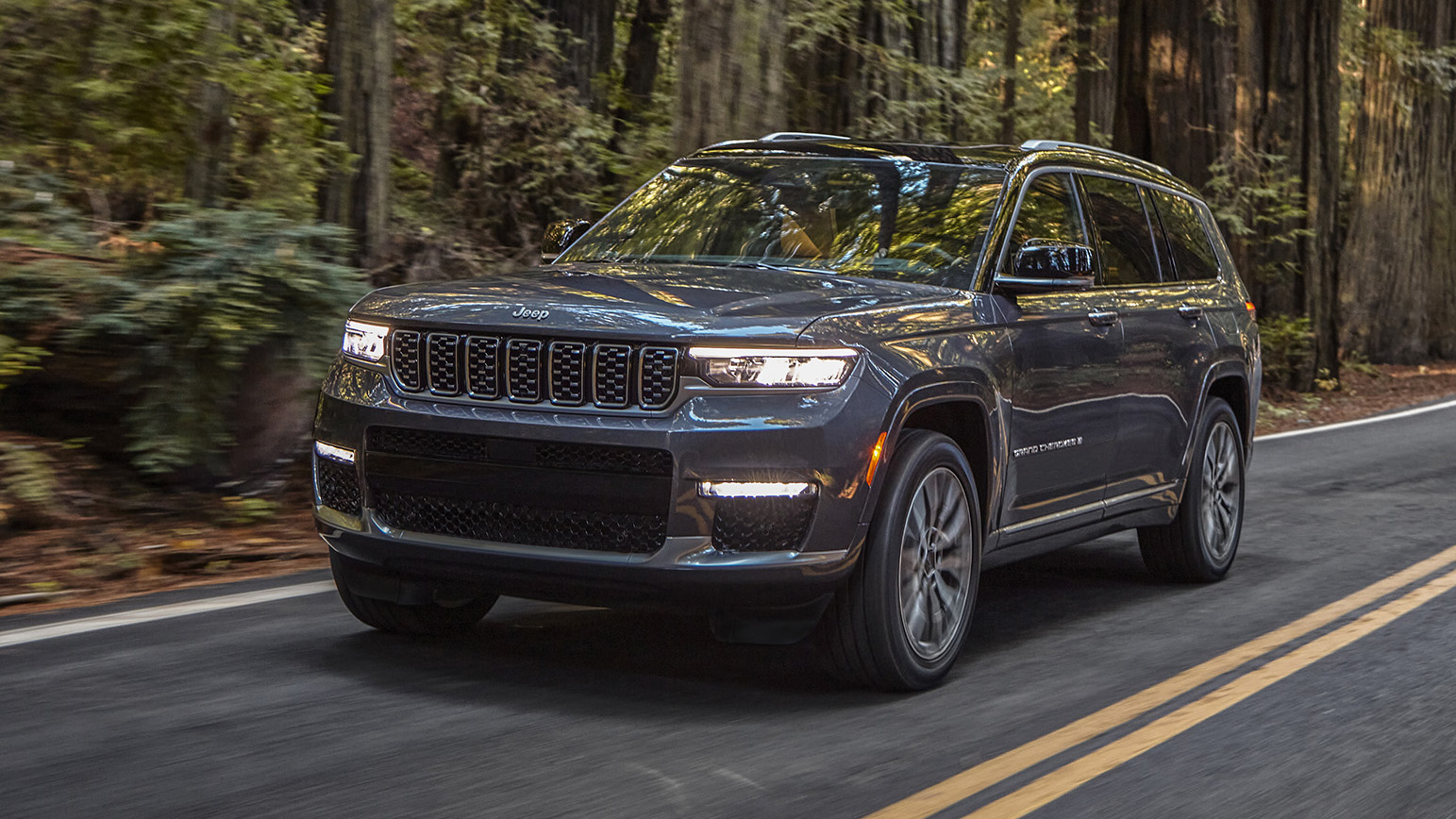 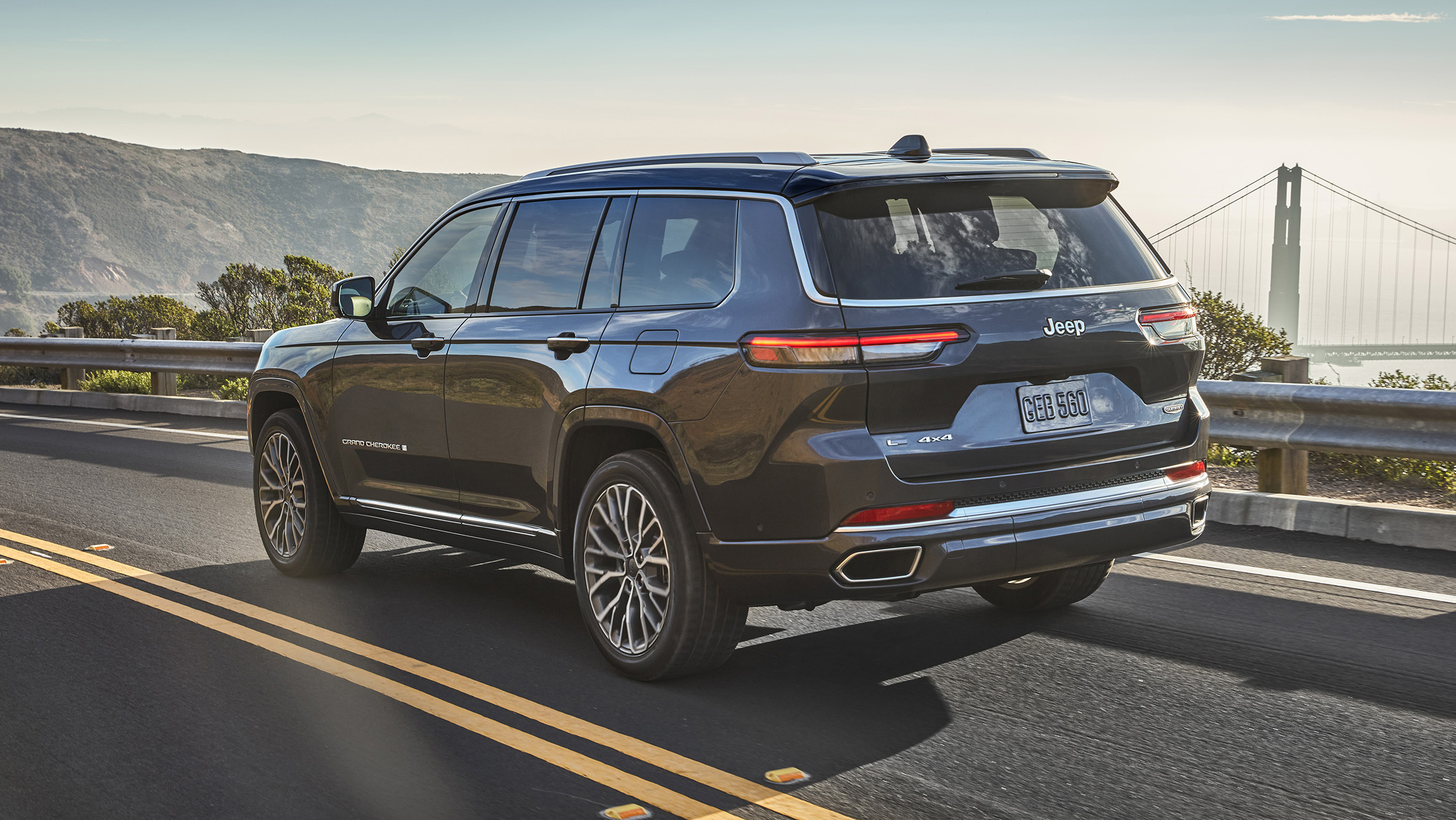 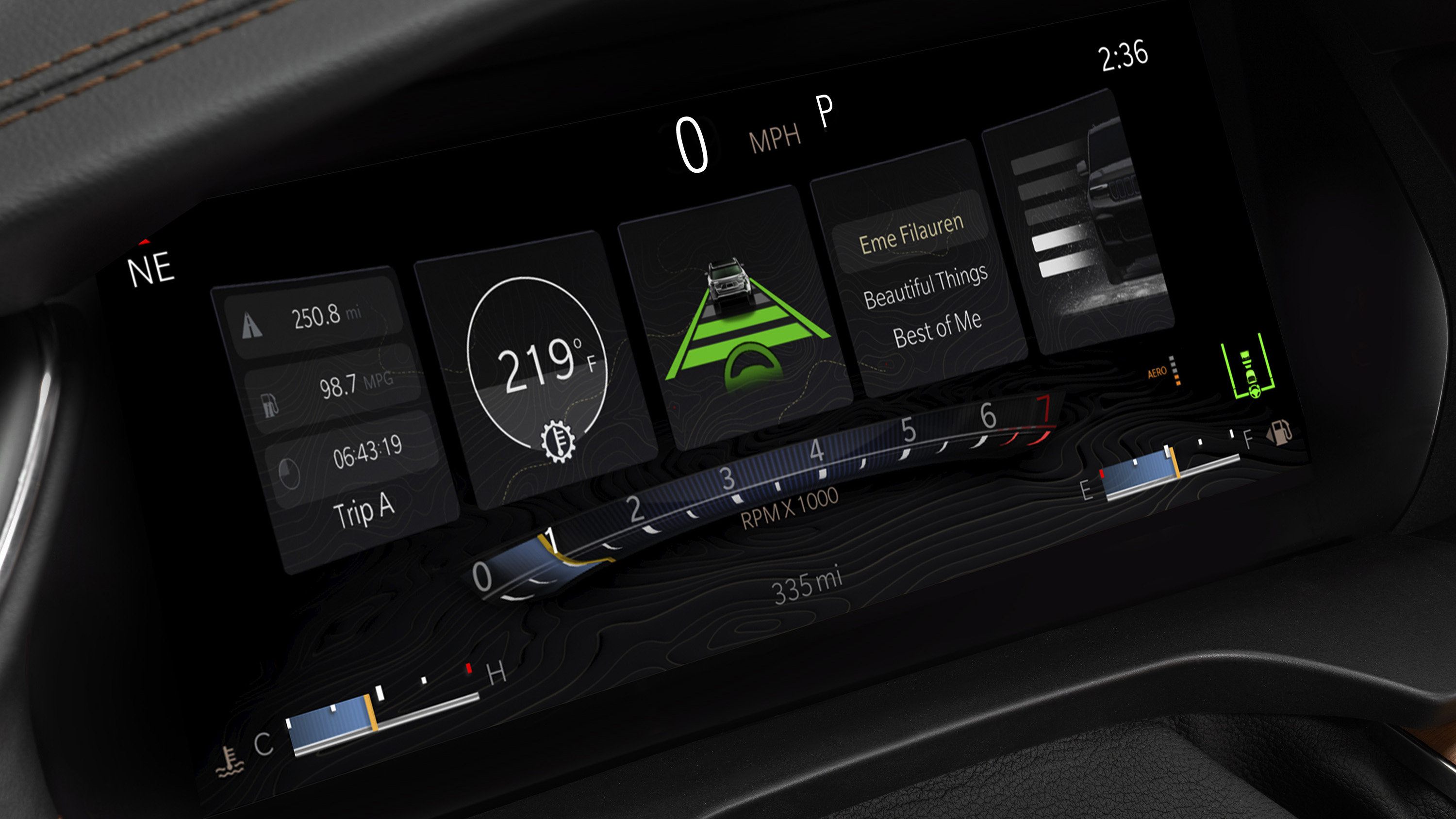 1 / 17
Advertisement
“This is the best Grand Cherokee Jeep has ever produced. And it’s one that is now more than capable of squaring up to the competition ”

Three-row version will not be coming to the UK

The Jeep Grand Cherokee has been a capable, evergreen all-rounder in the US line up for years. Offering no-nonsense, good-natured performance on and off road, it is the golden retriever of the Jeep range – everyone’s friend and easy to live with, just with less hair and dribble.

The current model is now only available in the UK in bonkers Trackhawk spec but, as of 2022, this new-gen model will join the UK range as an American alternative to the Land Rover Discovery. In the US it will be offered in either three-row or two-row configurations – over 75% of US full-size SUV buyers want three rows these days – but here in the UK, it will be two-row only.

You mean 'hood'. Engine options in the US models are a 286bhp 3.6-litre Pentastar V6 unit that, in a range of guises, motivates a huge swathe of the Stellantis product line up, from pick-ups to saloons to SUVs. And a 352bhp 5.7-litre V8 which also appears across the multi-brands. Both are super tried- and-tested, bullet-proof motors. No word yet on which will feature in the UK-bound vehicles.

And before you sneer that US cars don't work on European roads, the Grand Cherokee L’s all-new architecture has been developed precisely to deal with our road conditions. It has a longer wheelbase, wider track, stiffer bodyshell and a laundry list of other features. All designed to make the Jeep GCL handle more precisely, produce less NVH and be more agreeable to live with.

All this new-found solidity is wrapped in an exterior inspired by the original Wagoneer, Jeep’s original luxury SUV. While still instantly recognisable as a Grand Cherokee, the L gets a longer bonnet and forward-tilted grille, among many other revisions. Likewise the interior quality and design has been lifted several notches. And to top it all off there is an optional 19-speaker McIntosh – a US audiophile brand – audio system.

So the Grand Cherokee L needs to be approached with fresh eyes and thoughts. It might look similar to its smaller sibling but this is an all-new vehicle with global aspirations, not one just playing to the home crowd.

“This is the best Grand Cherokee Jeep has ever produced. And it’s one that is now more than capable of squaring up to the competition”

This is the best Grand Cherokee Jeep has ever produced. And it’s one that is now more than capable of squaring up to the competition – and winning.

The only misstep appears to be the non-inclusion of the third row in UK-bound models. While this anomaly might possibly be resolved before we see the cars, it will create a major hole in the Grand Cherokee’s appeal among families. All or most of whom liked and now demand three rows or nothing.

But that fact aside, the main differentiator is likely to come down to your brand preference. The Land Rover Discovery is a well-known choice. And the Volvo XC90 is still popular but lacks the off-road ability. So the Jeep brand, as suffused in adventure as it is, is sure to make more than a few people’s hearts beat a little faster.

A full head to head will really sort them out. But, for now, the Jeep gets a recommended vote from us. 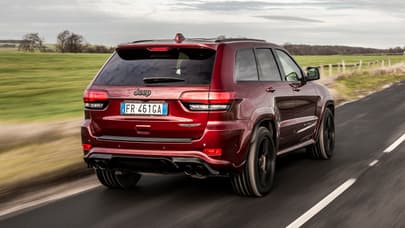 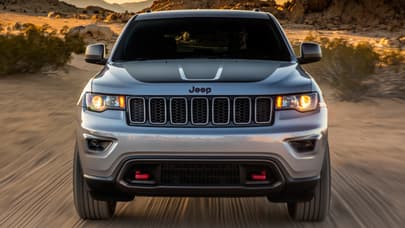 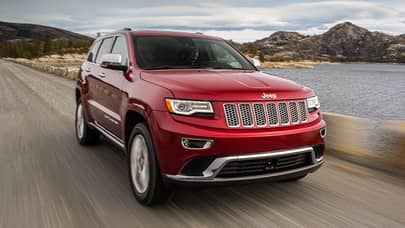