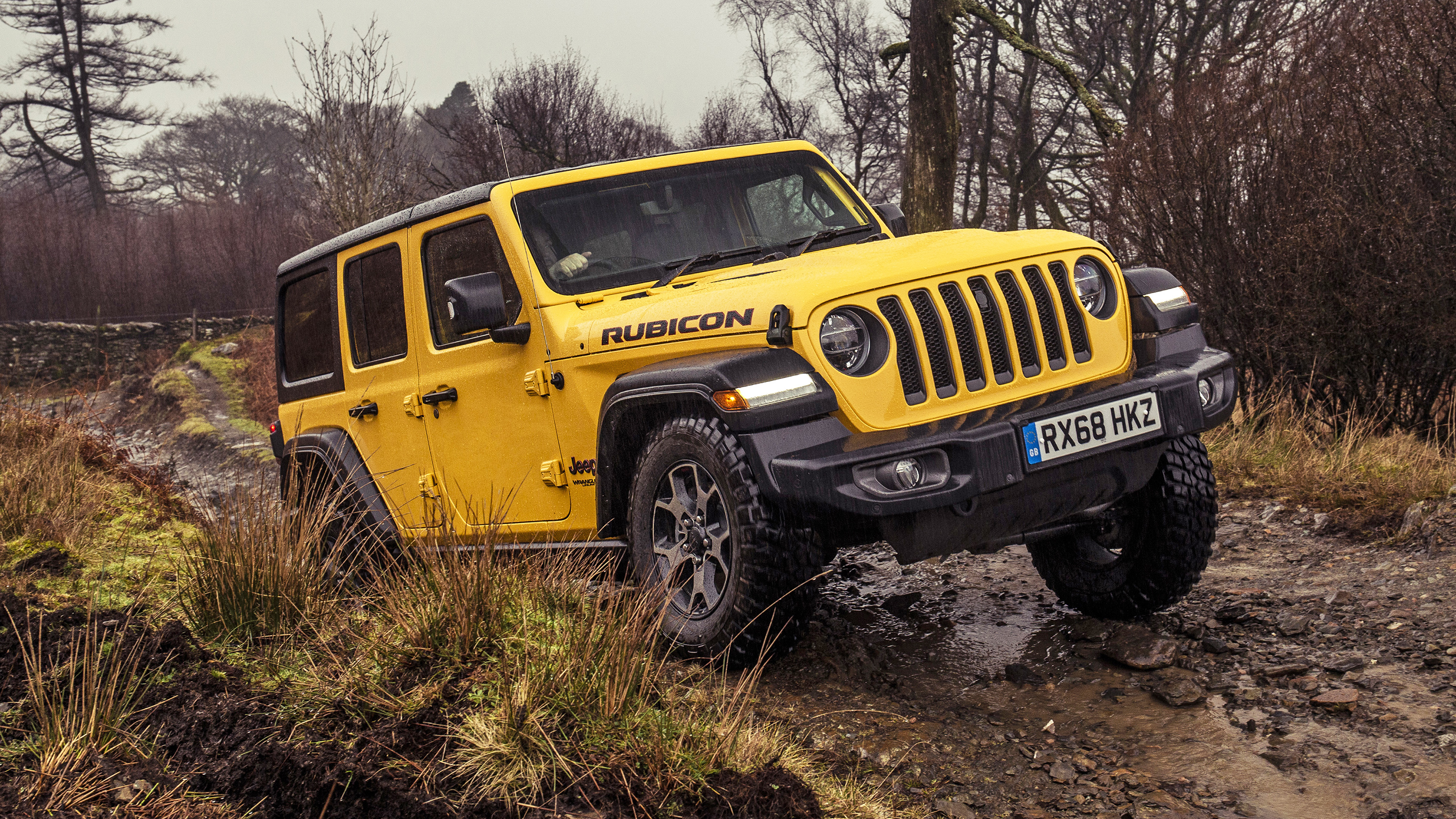 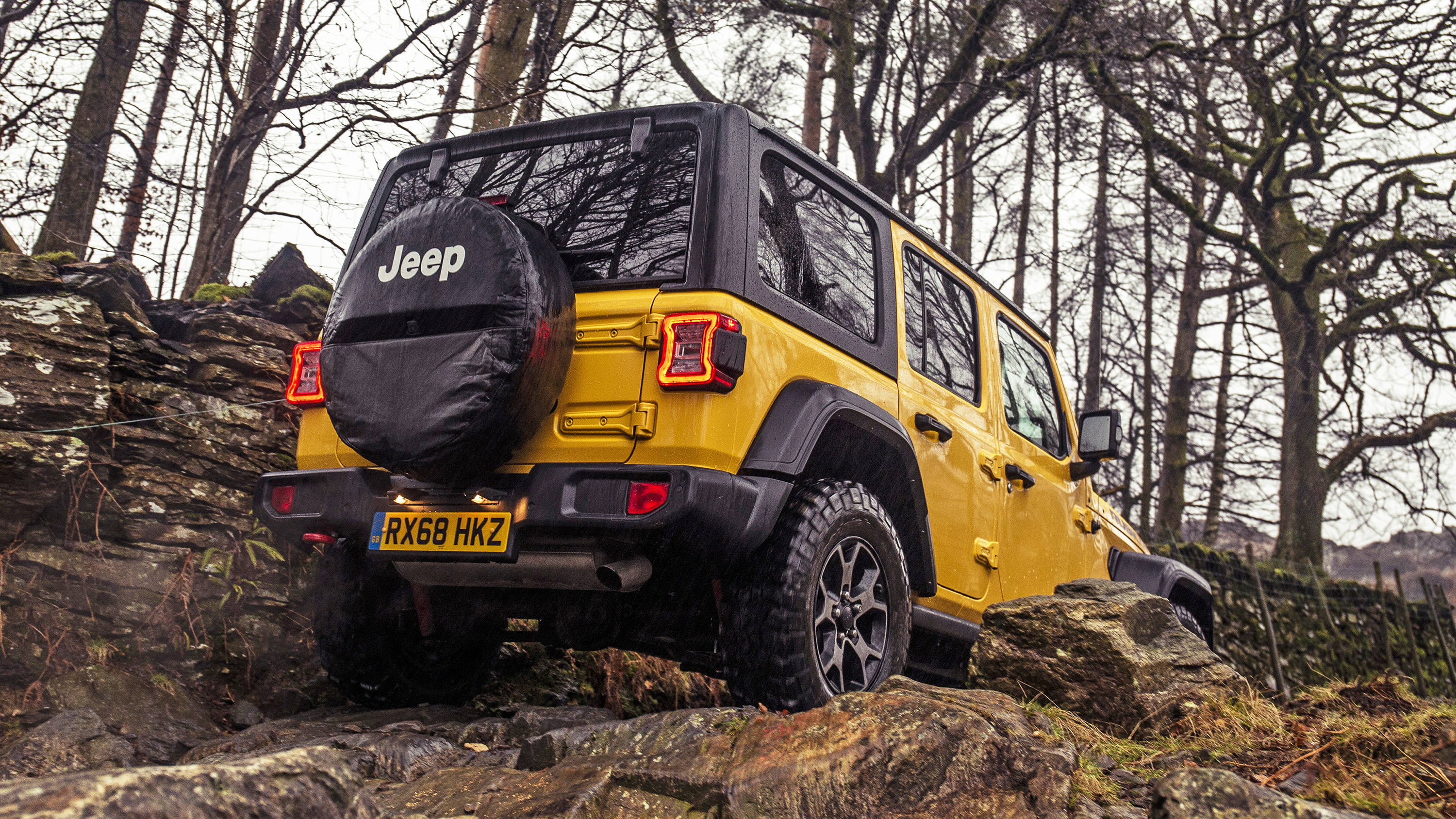 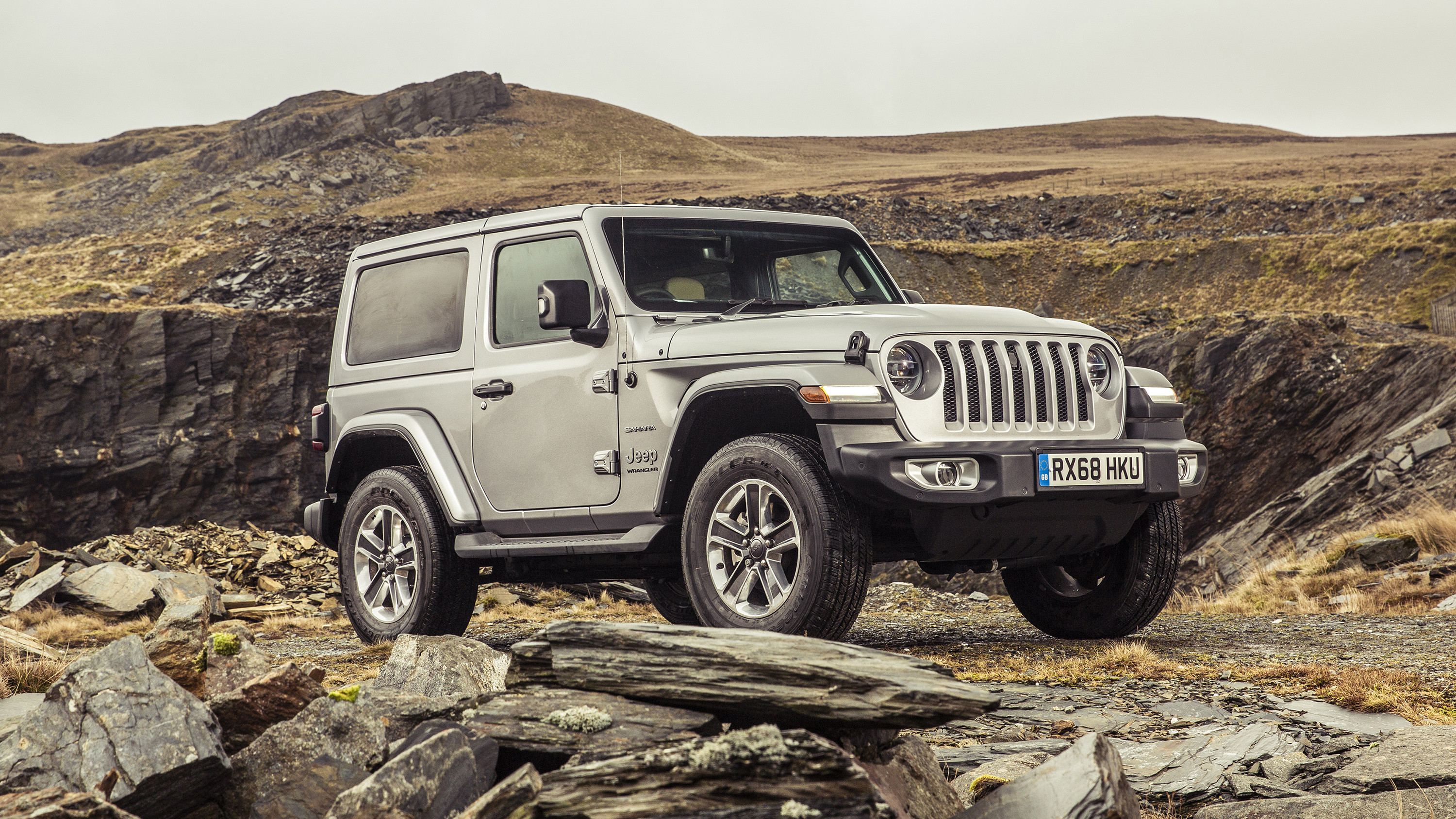 Not another reborn off-road icon that isn't a Land Rover?

Yup, in the Goldilocks position between the dinky Suzuki Jimny and bloated Mercedes G-Class, here we have a brand-new Jeep Wrangler. And as with those other two, it's an all-new car cunningly disguised as an old one. Like a Gore-Tex bowler hat. It's just arriving in Britain, ready to eat the non-existent Defender's lunch.

The body – much of it aluminium to save weight. The engines and eight-speed automatic gearbox. Some fancy off-road tech. And the cabin, complete with a surprisingly comprehensive array of infotainment.

How's it feel on British roads?

It feels like it wants to be off British roads. There's no doubt the rough is its natural habitat. But it doesn't lack charm.

It's American. Many cylinders?

Nope, both engines are four-cylinders. The petrol has a fair bit of gumption, making 268bhp and useful mid-range torque. The installation isn't great – it sounds dieselly in the mid revs – but will then spin happily and it shows little turbo lag. It's actually pretty aristocratic, being related to the Alfa Giulia engine, but with a different cylinder head.

The diesel makes 200bhp and is civilised for its kind. Both of them mate seamlessly with the automatic.

Okay, so I won't make any prejudiced assumptions about the absence of handling.

You might want to. It's not great. But then there's only so much that can be done with a separate chassis and live axles. Good news is that the steering is quite accurate. But there's a lot of shimmy and shake, plus some lateral corkscrewing and brake dive.

The long-wheelbase four-door is more stable than the shorter two-door, but you still wouldn't confuse it with a car. Or even a crossover. (If you want one of those Jeep will happily oblige.)

You just have to slow down. If you want to avoid licence points, this is your car. It feels brisk even when well below most limits.

It’s awesome, even in standard trim. Get the hardcore Rubicon version and it's a total mountain goat. And you want the Rubicon. After all, if you're going to buy a Wrangler, a vehicle badly compromised on the road, you want the version that's uncompromised off it.

So what's it got?

The initial two specs, Sahara and Overland, give you a proper low-range gearbox, and a four-wheel-drive system with a centre differential so you can run it in 4WD full-time. The Rubicon adds even lower crawler ratios, off-road balloon tyres for better grip and clearance, locking diffs front and rear, more underbody protection, and disconnecting anti-roll bars to improve the wheel articulation.

Those all help to keep the wheels clawing evenly over the terrain, adding to your sense of peace and control. The four-door pitches you around noticeably less than the two-door, but is more prone to grounding its sills. Even so, this thing has truly impressive ground clearance.

Surely no-one gets a box-fresh car and throws it at rocks and mud and branches?

Jeep's people say they do, even in Britain. But there's another bunch of buyers who are in it for the style.

And they might be concerned by the cabin. Is it any good?

It's boxy and cramped and upright. That'll be the 'iconic' styling then, which dictates that by leaving width for those wheel-arches, the cabin is narrow. And robust bumpers and a tail-mounted spare add length outside without adding space inside. Plus, all those underbody girders and castings steal space from your feet.

The two-door has hardly any rear legroom, and it's a pain to get in there anyway because the front seats don't easily slide forward. The boot's pretty small too. But the four-door fixes those things. It also surrounds you with the bulky pipework of a stout roll cage, the roof unbolts and even the screen folds flat, but why would you?

Still, Jeep has made big efforts with the dash, so you're always reminded you bought something different. The switches are chunky, and the whole dash and screen system is water-resistant so a bit of rain won't hurt.

It's also a good system, with snappy graphics, decent maps, CarPlay and a whole load of off-road apps with handy indications whether or not the diffs are locked or you've just rolled over.

Good question. It got a dismal one-star EuroNCAP rating. That's not just because it lacks active safety aids like auto-braking. It also crumpled too much in the crash test.

You're not really talking it up.

Look, it's great at what it's meant to do. That means a turbulent ride, a cramped cabin, lots of wind noise and a languid approach to B-roads, but that'd be okay provided you make use of its ability on not-roads.