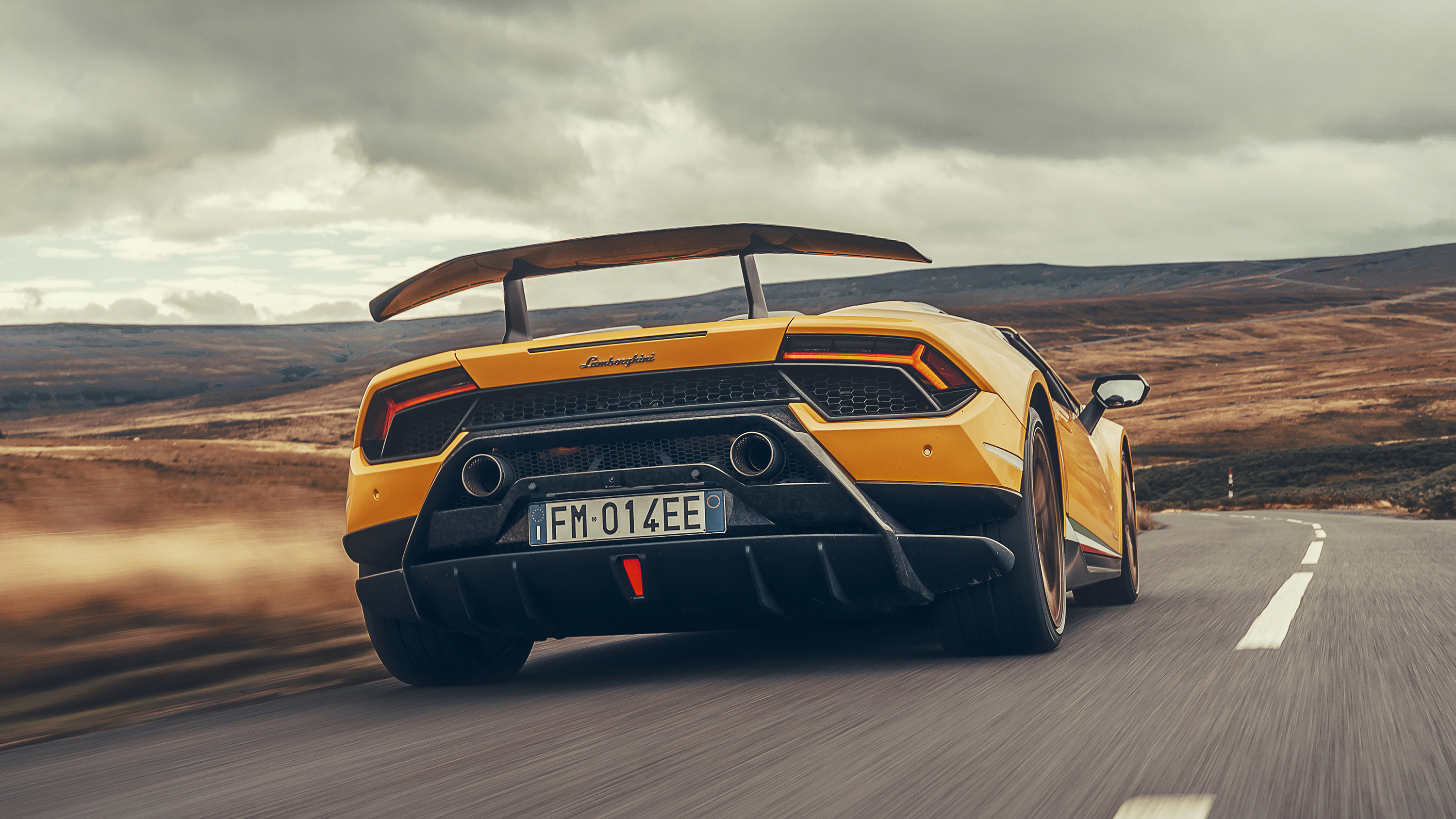 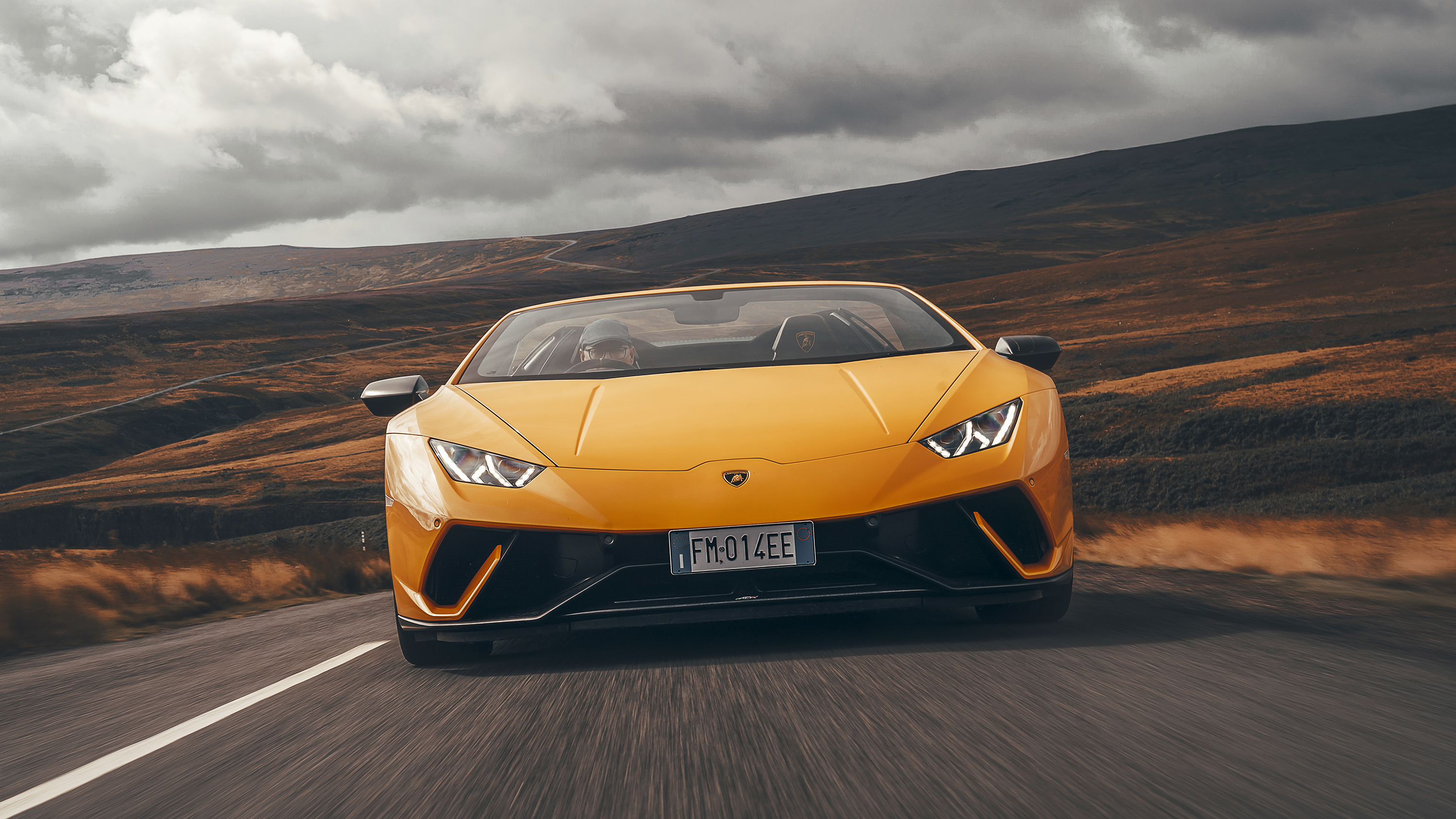 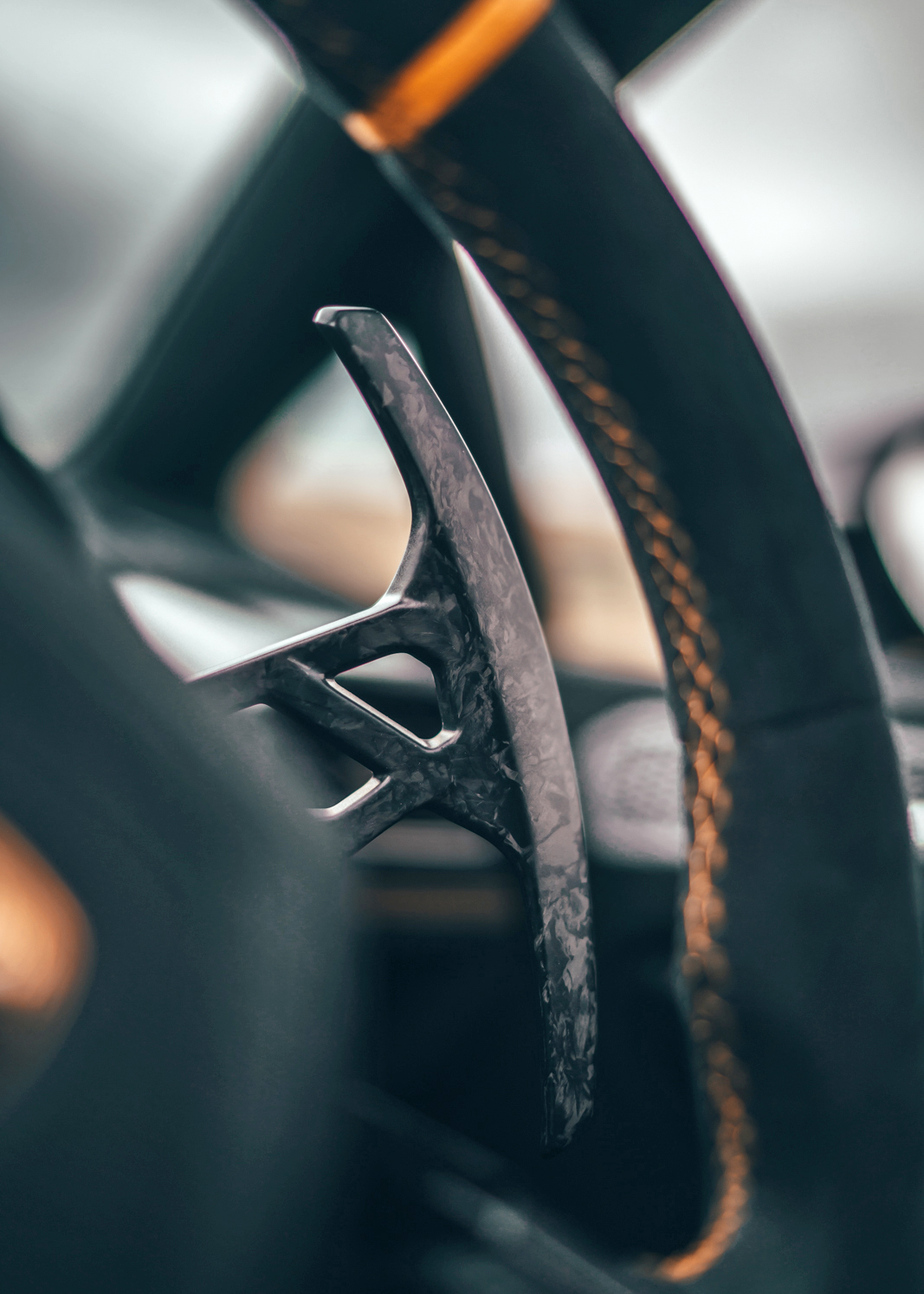 Wow, the Huracan Performante Spyder. Just the sort of car that car fans love, and you journalists love to hate.

The Performante is one of the cleverest aero cars in the world, but this is an aerodynamically compromised version of it. It's a 125kg heavier version of a car that's been engineered to save weight. So you could argue it's 'impure', and it certainly undermines some of its own logic. But it’d be wrong to say I don’t like it. It's fabulous and adorable.

You're not going to quote Nürburgring times at me?

Nope. It's true the hard-roofed Performante is a phenomenon at the Nordschleife, doing a 6m52s and beating the hypercars. And sure, it achieved this partly because of its aerodynamic system.

But that's not what the Spyder is about. It's a road car. It's got number plates and lights. And a 'Strada' mode

Like any self-respecting mode switch these days, it affects the throttle map and the adaptive dampers, and the front-rear torque split. The 'Sport' and 'Corsa' modes also open the loud valves in the exhaust system at lower revs, but of course that adds no real performance for the exact reason that full power happens only at high revs.

But this being a Performante, the mode button has two special tricks. First is the actively geared steering (optional but fitted in this car), so in the aggressive modes you move the wheel less for the same amount of steering lock.

Second trick is the active aero system. In the Strada mode, the front and rear aero are set in for max downforce. Whereas in the other modes they can be stalled, saving drag but cutting downforce. The stalling is done by small hidden flaps, which is faster and lighter than moving the whole wing, if less theatrical.

They can do that asymmetrically, to nudge the car into a turn. But that sort of aero trickery needs big speeds – track speeds.

And the Spyder’s roof?

Weatherproof when raised. And there's a good reversing camera for parking. But that's not why you asked. It drops at up to 30mph without you doing any more than holding the switch. At bigger speed, cockpit buffeting is well under control, so there's no reason to raise the thing unless in a downpour.

With it down, you get even deeper into the sensation of speed the Huracan provides. It's a road car, remember, so it's about the sensation of speed, not the lap-timed measurement of speed. The rear screen, a small vertical glass panel, also operates under separate electric control, so you can keep it up as a wind deflector or drop for even more engine noise.

Tell me about the engine…

Lamborghini's 5.2-litre V10 is hidden in the Spyder. The Performante coupe puts it on display under a transparent panel, all the better to enjoy the beauty of its gold-painted cast plenums. But even if it's out of sight you won't forget this engine. Performante-spec brings titanium valves, which are lighter and so can be made to lift higher, bringing more power. That's 640bhp at 8,000rpm.

The Performante has an instantaneous and infectious vivacity. Even in the middle revs it hurls the car ahead. Then, just at the point where your turbo-accustomed fingers are involuntarily moving towards the 'up' paddle at 6,000rpm, this awesome unblown engine takes on a whole new magnitude of urgency and pelts onward.

It's free and happy to spin at 8,500rpm, throttle butterflies admitting their air as predictably as atmospheric pressure dictates, and exhausts untrammelled by the muffling and inertia of turbines. The effect of this confection is an electrifying, affecting, unforgettable love song to natural aspiration.

But open cars are floppier in bends…

Not this one, not really. Any flex or top-heaviness is so marginal there's no way it impinges on the cascade of other massages the car is giving. It disposes of curves majestically, never losing its level or its tenacity. Oh, and in a damp second-gear corner it'll edge its tail out if you insist, especially in the more rear-biased Sport mode. But the drama is tidy.

You won't use Corsa mode on most British roads because it tightens the dampers so much. Also, I prefer the Strada mode's lower-geared steering, because it means when your arms are knocked by a bump, the disturbance won't jostle you into inputs that knock the car off course. The Performante's springing is supple enough to breathe nicely over lumpy roads, but it hardly ever runs out of travel.

And in all this, the tactile sensations are gorgeous. You touch the tyres, knowing how their grip changes as first the fronts, then the rears negotiate a bump or dip. The engine wires itself into your nerves and your cochlea. With the roof down, the effects of motion and sounds redouble themselves.

Not just a rebodied Audi R8 then?

Nope. It's sharper, louder, quicker, more powerful, shorter in the wheelbase, and with its own clever systems including the aero and steering, and it uses more advanced composites. The only Audi things you notice are the sat nav and the mid-rev, mid-throttle 10-cylinder harmonics, both of which are more than satisfactory attributes taken from a more than satisfactory Audi supercar.

Anything to complain about?

This or the coupe, then?

Well, Lamborghini says that the active aero system still works properly in the Spyder. No doubt the car’s extra weight nibbles at straight-line and track speed. But if you want a road car, choosing the Spyder adds a whole other world of appeal.