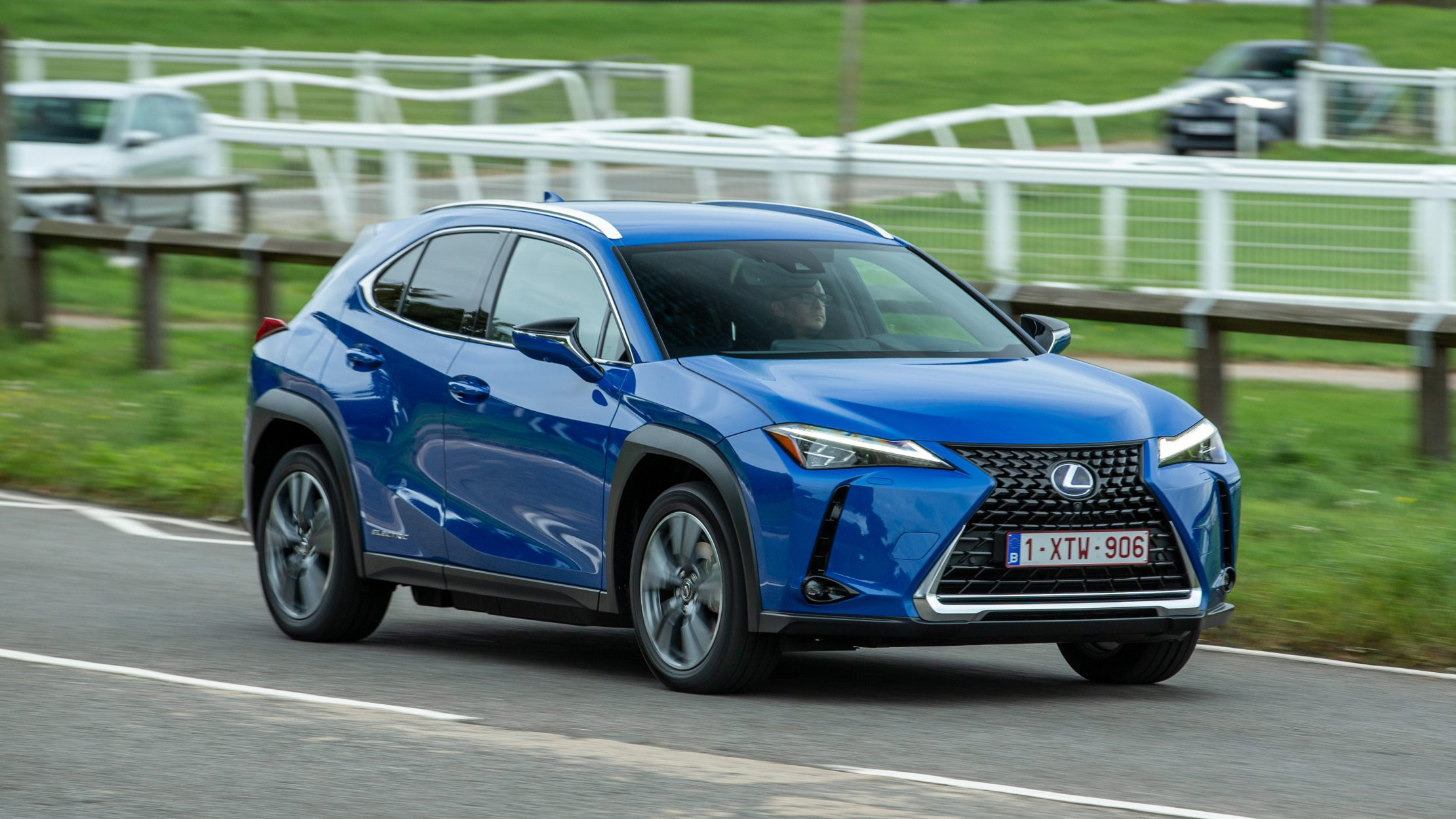 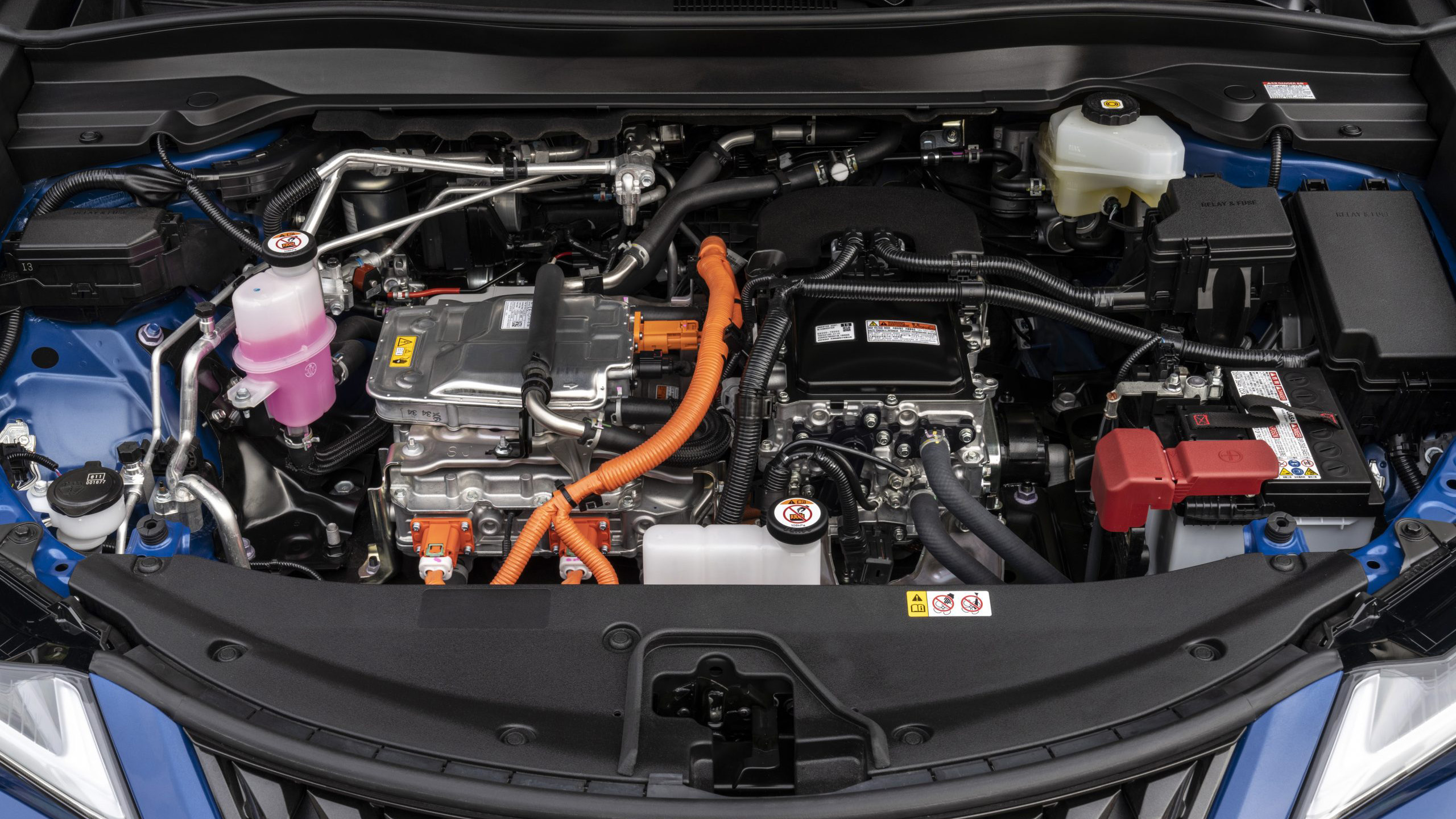 1 / 18
Advertisement
“It might be a bit quirky for some, but quiet EV power really suits the Lexus vibe ”

Suffers slightly from not being a bespoke e-platform

Bluntly, Lexus’ first attempt at a pure electric car, based on the urban crossover/soft SUV, the UX. It’s all traditional electric architecture under there, so a 54.35kWh slab of battery mounted low, with a traditional 150kW permanent magnet motor up front where the internal combustion engine usually lives, driving the front wheels only.

That translates to 201bhp and 221lb ft of torque, 0-62mph in 7.5 seconds and a top speed of 100mph. All healthy, if not startling, numbers. According to official cycles, the UX300e should manage 196 miles of range on a full charge if you run the smaller 17-inch wheels, around 190 if you go for the optional 18s - rolling resistance for larger, wider wheels being a bit grabby on efficiency.

So far, so legacy manufacturer having a good go at electrification. The rest is pretty much as per the standard UX, so you get a low-riding, quirky-looking urban SUV that sits below the NX and RX, aimed at 30-something townies that are, and we’re quoting here, ‘creative urban explorers’. Whatever, you won’t miss it in a car park, what with the chunky, angular plastic arches and slash-cut bodywork.

There’s a lot going on, and bizarrely, it looks better the brighter the paint. It’s not a subtle design, so it suits less subtle paintwork. Go dayglo or go home.

Now, some might balk at a mildly expensive pure EV with a sub-200-mile range but as ever, Lexus has an answer, and there’s been a fair bit of thought that’s gone into it. Lexus boffins identified the uptake of urban EV was most suited to the urban-crossovery-ness of the UX, and that most Lexus owners were travelling just 29 miles per day – hence the range.

Sticking a whacking great big battery (and hence upping the range) might be psychologically appealing, but would add considerable physical weight  - compromising the handling and efficiency - as well as jacking the price significantly. This is what Lexus considers to be a balanced approach, leaving a bit of squish in the numbers after a week’s-worth of commuting.

Is it enough? There’s a lot of talk about ‘right-sizing’ in the EV market at the moment, but customer attitude and behaviour is a hard thing to challenge, so we’ll see what the market thinks. 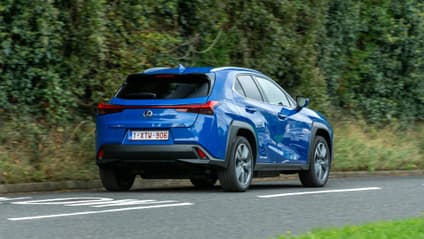 “It might be a bit quirky for some, but quiet EV power really suits the Lexus vibe”

A solid effort at a full pure electric vehicle from Lexus. It’s quiet, efficient enough, makes good use of the advantages of the drivetrain and is a relaxing car to drive. There’s not a huge amount of surprise and delight - it feels like ‘just’ an electric UX, and you wonder what Lexus might be able to do with a bespoke EV platform given the opportunity. Which it likely will have in the not-too-distant future.

Interestingly, Lexuses have always suited slick and quiet motivation, so the application of electric feels entirely in-keeping with the brand - it feels very natural to be piloting a Lexus BEV. It’s not particularly cheap, and there’s a lot of competition on the horizon, but for now, it’s a decent effort.