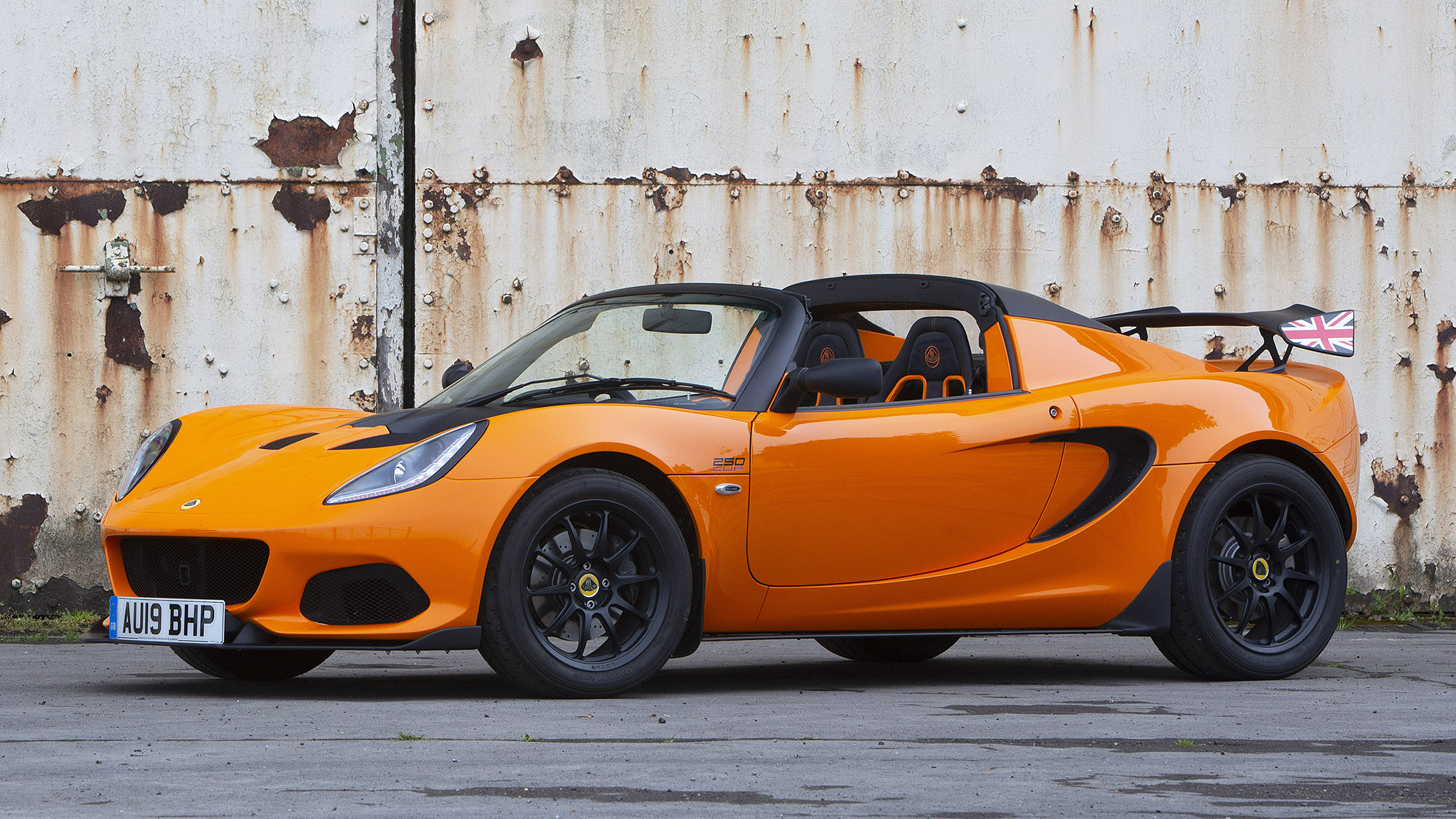 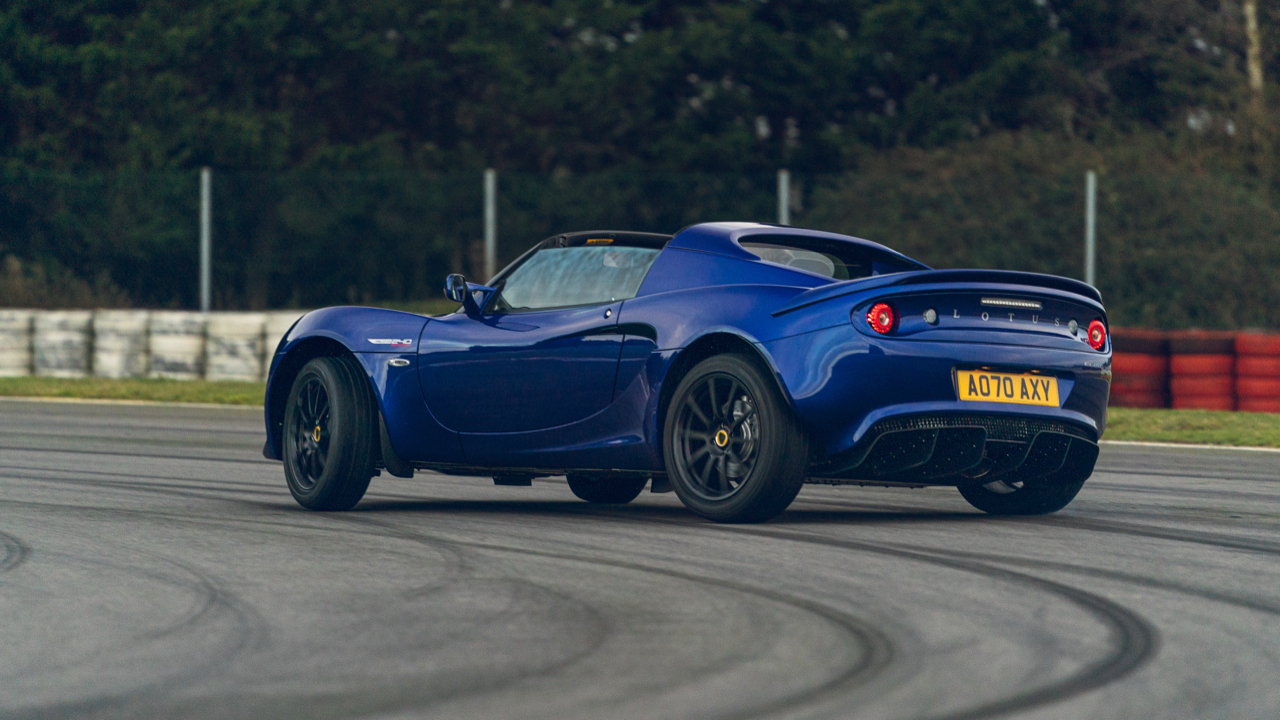 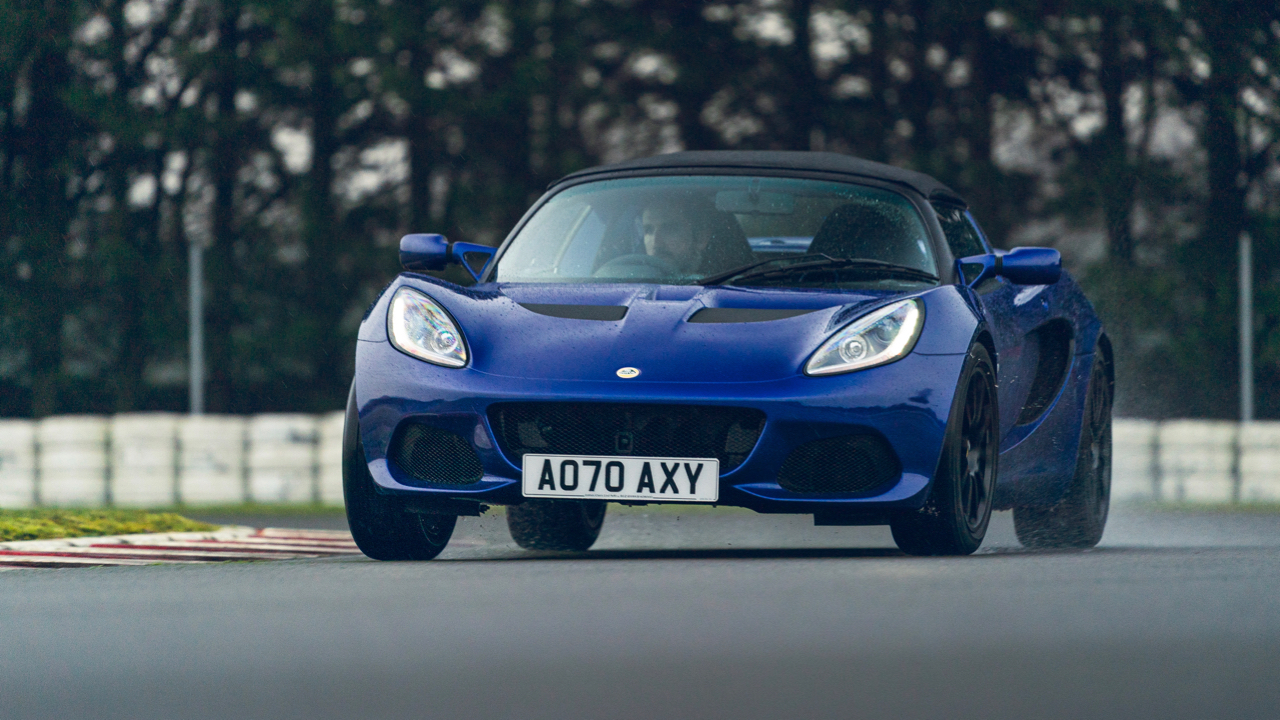 1 / 9
Advertisement
“As the years have streaked by and the zeitgeist for sports cars has become ‘complicate and add horsepower’, Lotus has managed to retain what really matters when you’re driving just for the fun of it ”

Astonishing handling, defiance of the ‘more is better’ mantra that ruins too many sports cars

It’s now been a quarter of a century since Lotus first introduced the Elise, and it’s fair to say that it’s the car that’s defined Lotus since it arrived in 1996. Case in point: the Exige, Hethel’s most extreme (and possibly best) car, grew from Elise origins, adding V6 power, aero and general insanity along the way.

The Elise continues to define modern Lotus by following the same precepts that made Lotus a force, on both road and track, since men wore flat caps and David Hockney was referred to as a ‘confirmed bachelor’. It’s the all-too famous (and often butchered) mantra: simplify, then add lightness.

And even over the past 25-or-so years, as most cars have become as complicated as string theory and as bloated as Gérard Depardieu, the Elise remains resolutely simple and svelte. For a road car to go on sale in 2019 with a kerb weight comfortably under the one-tonne mark is something to be celebrated. For the same car to offer just the driving essentials, without the gesture-control, active-whatsit, haptic-touchscreen frippery that’s pervaded the rest of the market is surely worth inventing a new award. Let’s see... if music has the Grammys, how about the Autommys? No? Fine, you come up with something better.

There’s a temptation to look at the Elise’s aluminium chassis, two-seat layout and rear-mid-engine setup and imagine that not a lot has changed in the decades since the S1 was launched. But that’s like saying that not a lot changed between the first and last Jaguar XJ. The new Elise performs an interesting perversion of the Ship of Theseus analogy by replacing everything and coming up with something that’s true to the spirit of the original, but that’s adapted over the years to suit the modern demands and desires.

The Elise’s chassis and bodywork have also changed over the years, as have the crash structures, brakes, gearbox, suspension, tyres... look, we realise that while it is technically impossible to run out of internet listing all the wholesale changes and minor tweaks that have graced the Elise over the years, it’s entirely possible to run out of the will to live while reading such a list. So let’s get on to the absolute best thing about any Lotus: the driving. 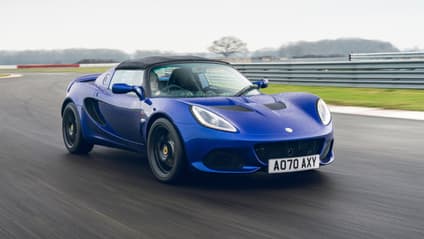 “If you really, truly care about driving, the Lotus Elise is about as obvious an answer as water being wet and fire being hot”

If you really, truly care about driving, the essence of it, the sensations of tactile involvement at every level, the Lotus Elise is about as obvious an answer as water being wet and fire being hot. You might want to go for something more niche, more specialist, more characterful, but there’s a very good reason why the Elise remains the yardstick, the reference point we start at when we look at anything else small, light and driver-focused. And driving-focused, come to think of it.

The Elise is an example of a commodity that’s growing increasingly rare in the more democratically priced end of the car market – a machine designed for just one purpose. There’s any number of limited-run manic-mobiles, each offering insane speed and track ferocity in exchange for six and seven figures’ worth from your account. They attempt to tempt with an increasingly tired rhetoric – complicated driver aids, priapic bodywork and enough power to overturn Brexit. But then there’s the Elise, too – the offer of a small, simple, usable and tenable sports car, ready to hit up a track day or just liven up the milk run.

The Elise is the antidote to (and the antithesis of) an automotive climate that pursues complexity in a perpetual game of feature-loading one-upmanship. Do we really need four-figure power outputs, active torque vectoring, four-wheel steering and multi-stage traction control? Does that really add to the driving experience?

Well, in case this liberal use of italics hasn’t already given the answer away, of course we don’t. Driving – the real, pure sensation of being wholly present and entirely responsible for the actions of a complex mechanical instrument – is only filtered and diluted by the addition of intermediaries between road surface and feet and fingertips.

So what’s the answer? Perhaps it’s something to do with simplifying and adding lightness... 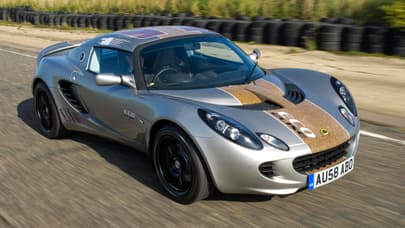 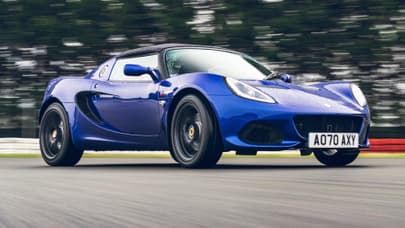 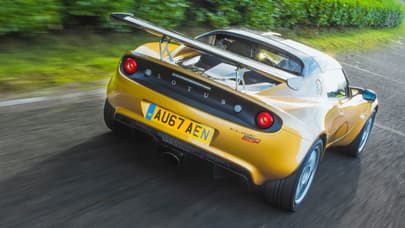