Read why you can trust our independent reviews
Top Gear Team
Published: 01 Sep 2022
Skip 4 photos in the image carousel and continue reading 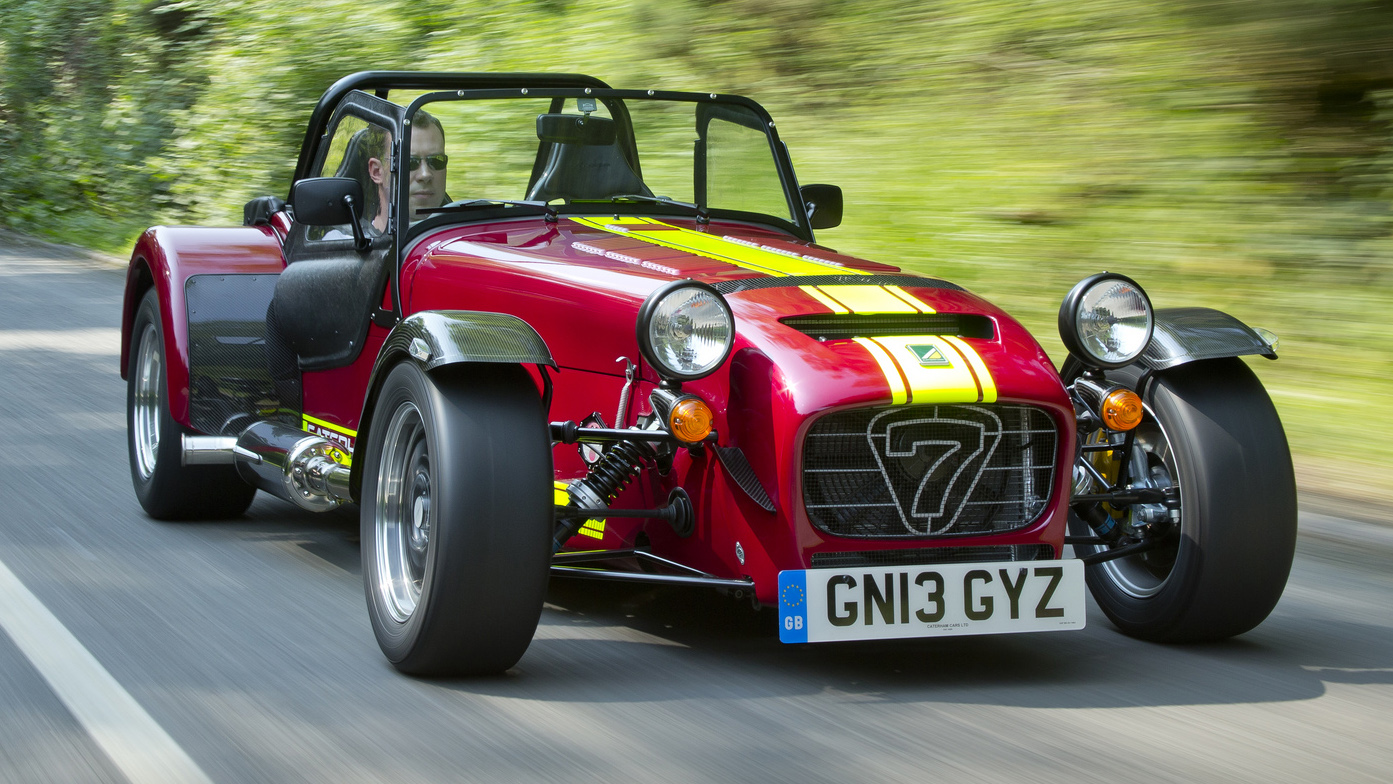 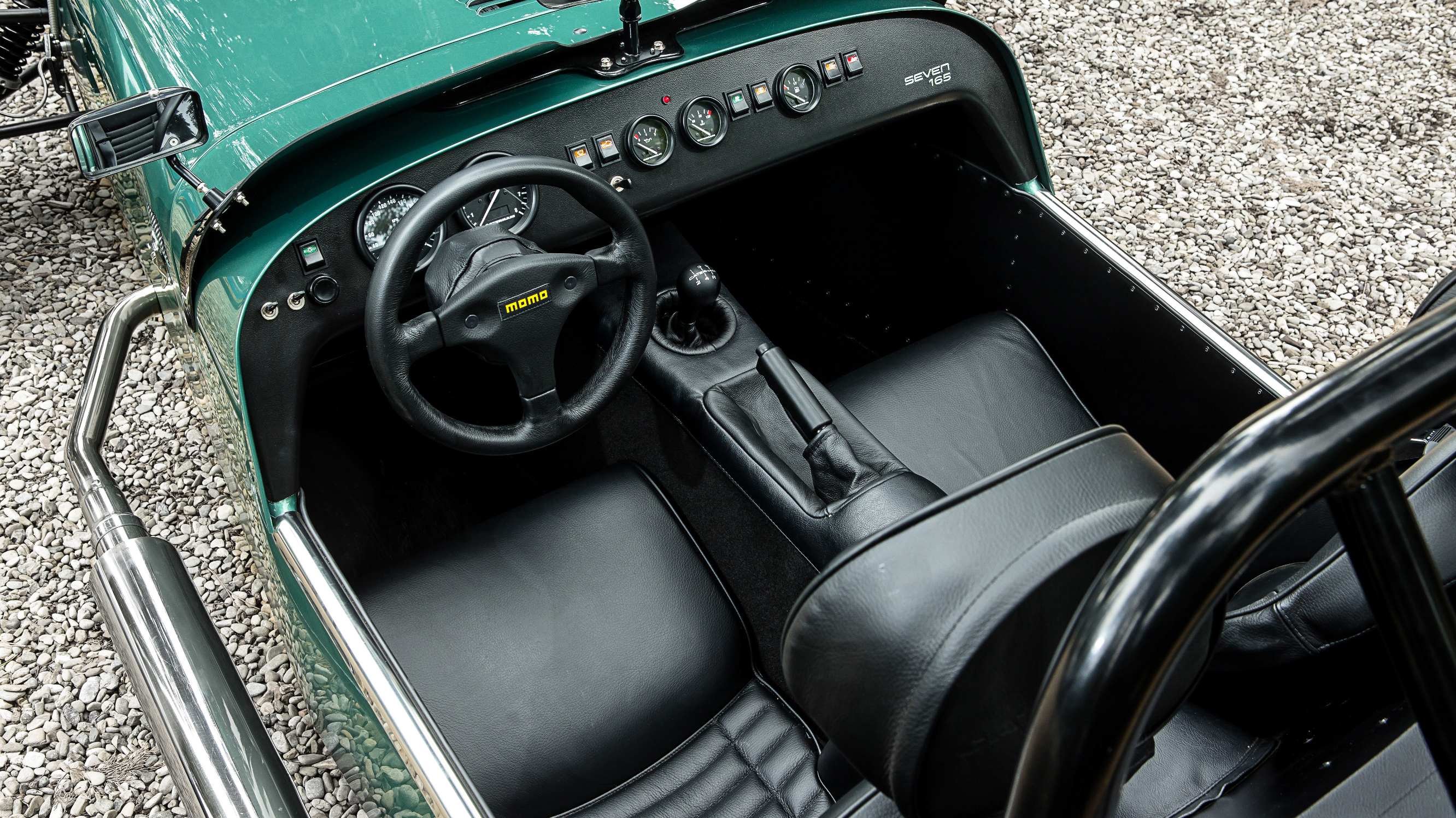 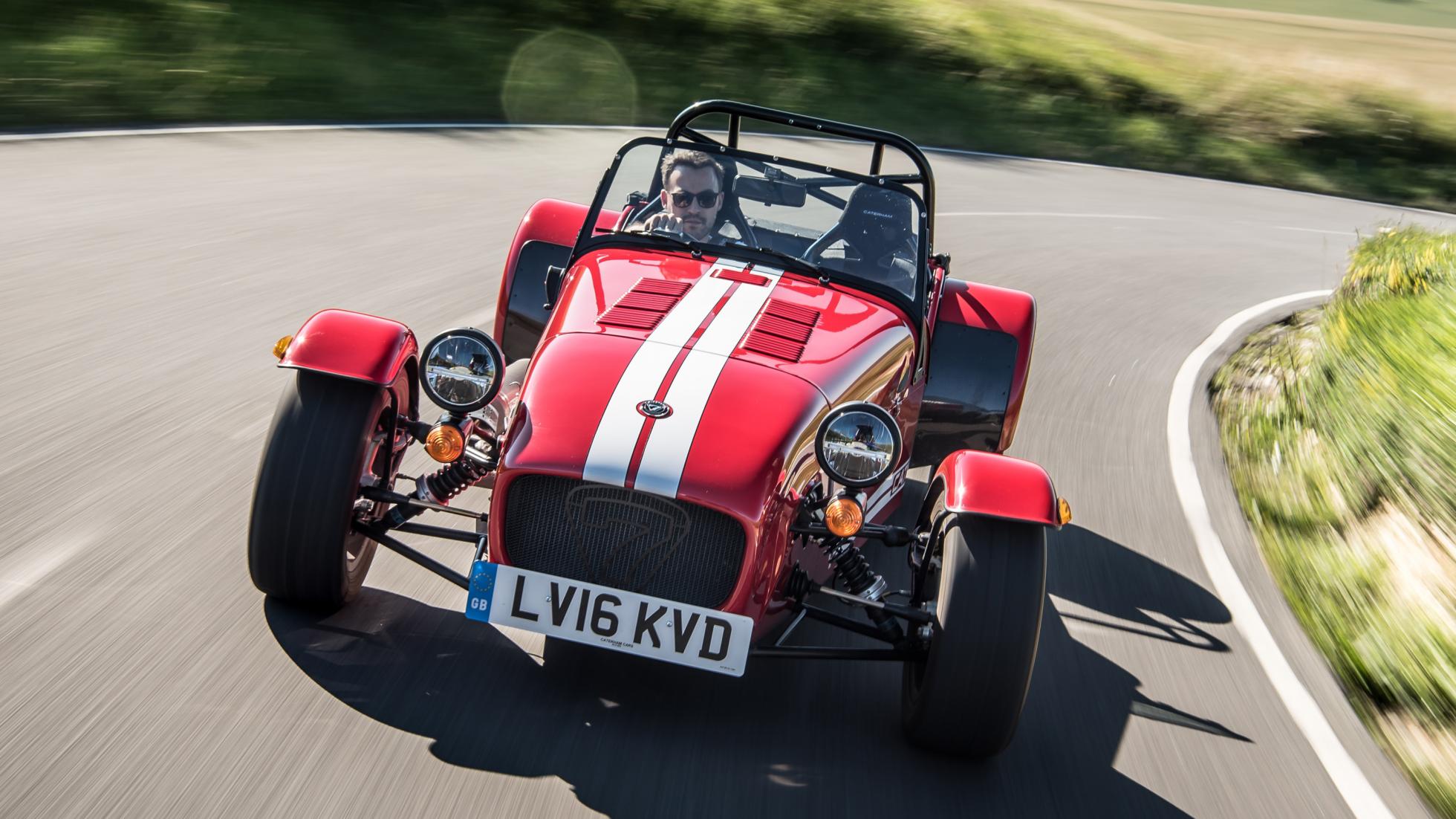 Cramped and uncomfortable interior, the roof is a nightmare

If you look hard enough, you’ll find Caterham Sevens on some ancient cave drawings. Probably. The archetypal old-stager is based on a design by Lotus founder Colin Chapman and hasn’t changed in 60-odd years. For what is fundamentally a two-seat tub with wheels, stripped and spartan, it remains a seminal driving experience for those interested in driving rather than simply travelling.

So it's the same as it's always been?

While it looks that way, the Seven is a master of evolution. The latest range is the strongest it's ever been, with a clear progression from entry-level 170 through 360 and 420 to pant-wettingly fast 620. Each is named after its power-to-weight figure, so given they all weigh around 500kg, just divide those numbers in half for the bhp figures. All engines are sourced from Ford, and can grow from 1.6 litres to 2.0 litres and have potential to be strapped up with a supercharger if white knuckles are something you’re looking for from a car.

Emphatically not. Equipped with modern engines and brakes, the Seven can scare even the most outrageously powerful supercars – helped in part by modest dimensions and steering that connects directly to your brain. In the most powerful cars, 0-62mph is possible in 2.8 seconds. So it’s quick. Also uncomfortable, cramped and noisy, with a devastatingly rubbish fabric hood arrangement that’s harder to put up than a broken tent. It, of course, remains an absolute TG favourite.

Do I have to bolt it together myself?

If you’re mad enough, you can build one yourself. It’s claimed that, armed with just a simple set of tools and 70 hours of free time, even the most mechanically deficient human should be able to transform Caterham’s pile of boxes into a road-legal car. To make sure there’s no room for artistic interpretation, all kits come fully wired, with the instruments in place, the fuel and brake lines fitted and all essential safety equipment secured. Essentially, all the other parts are just bolt-ons. It’s like an Ikea flat-pack with an exhaust.

Caterham says that as of 2022, demand is so strong there's an eight-month waiting list on pre-built Sevens. The car has quite simply never been more popular, or more relevant.

In an era of three-phase charging, electric torque-vectoring and turbine range-extenders, the Seven is as simple as things get this side of a pedal car: a steel spaceframe chassis, engine at the front, power at the rear, and driver slung over the back axle to feel everything the featherweight is doing. It’s driving purity.

“Brilliant, fearsomely potent, and never less than addictive to drive. ”

The Seven is one of the purest motoring experiences you can buy. And the older it gets, the better it gets as it naturally distances itself from all the tech wizardry that’s on offer. The organic feedback it serves up is so crisp and clear it’s like you’ve docked your coccyx to the chassis.

So anytime it does step out of line, it’s incredibly natural to get it back again. Also terrific fun. If you’re a bit scared, try a smaller engine first as the senior stuff may be a bit too much for some. But all that oomph makes for a truly exhilarating, yet wonderfully usable lightweight for the road.

As cars get heavier, larger, and more complex, this tactile little thriller which consumes so little and delivers so much has never been more welcome. 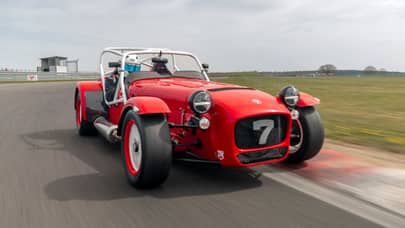 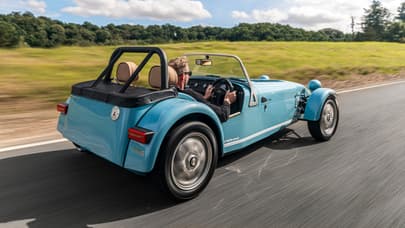 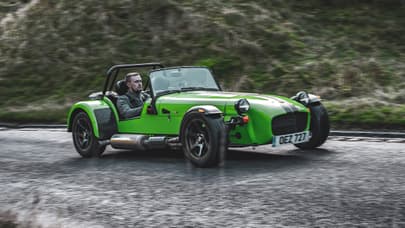