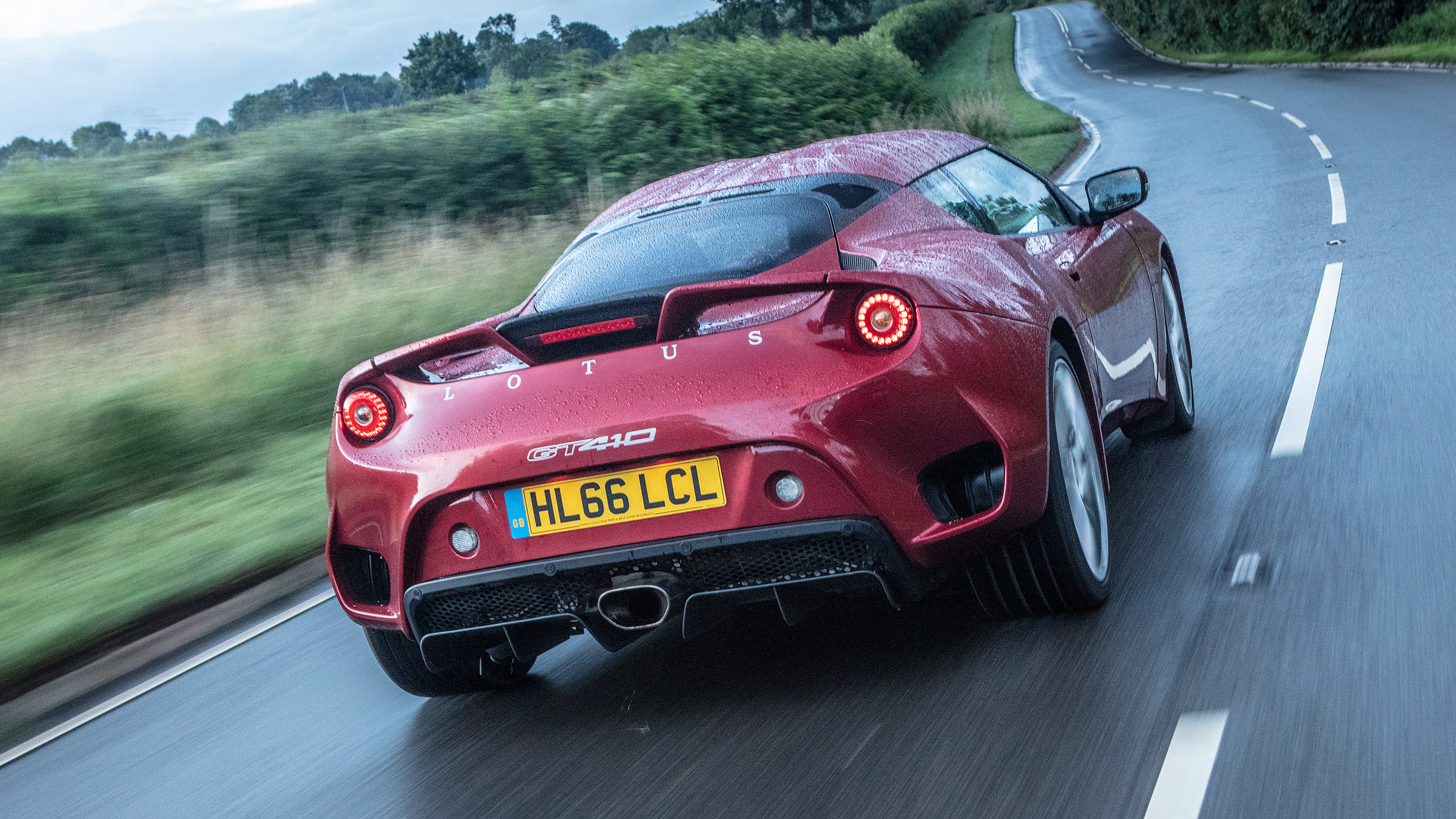 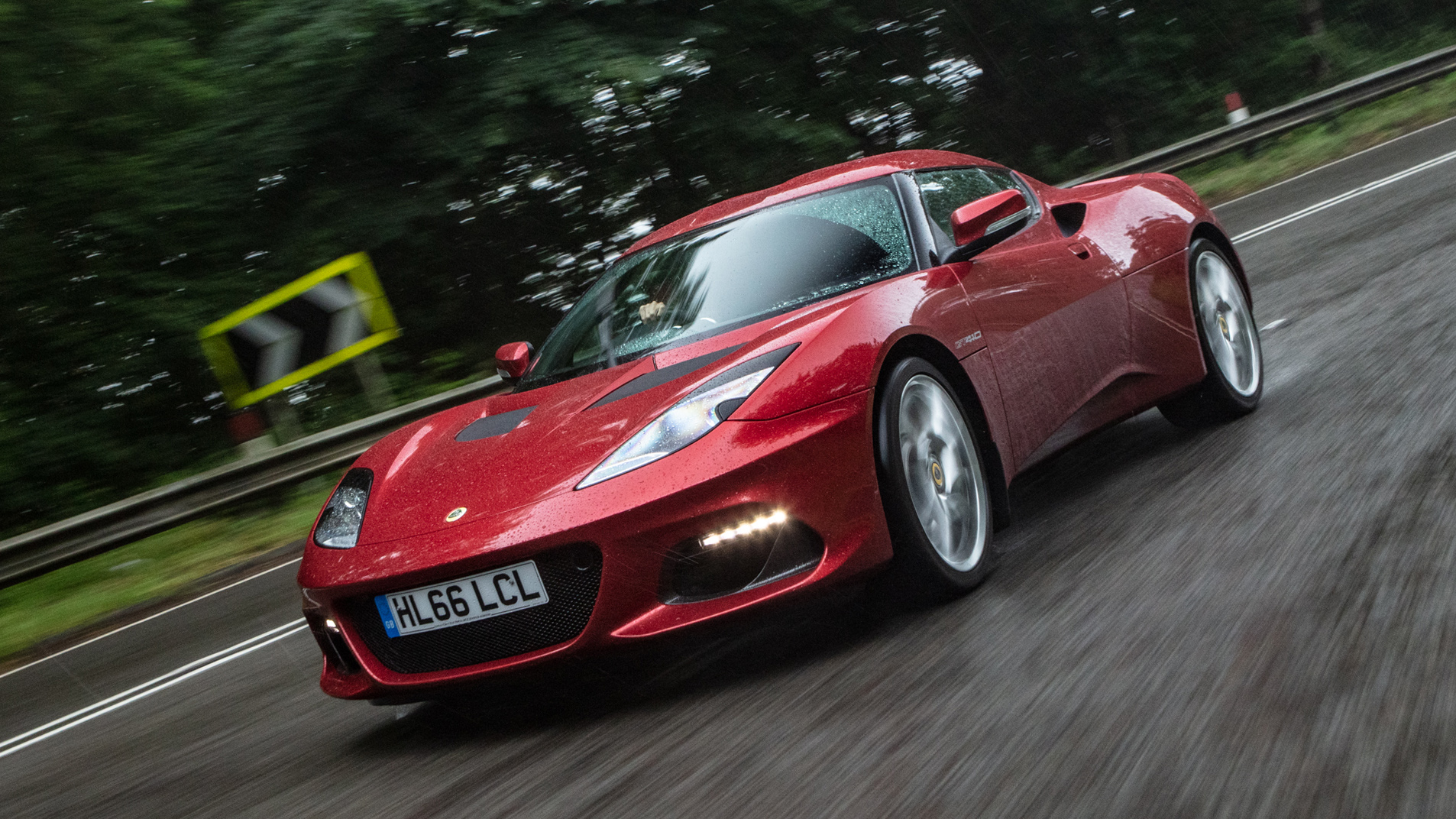 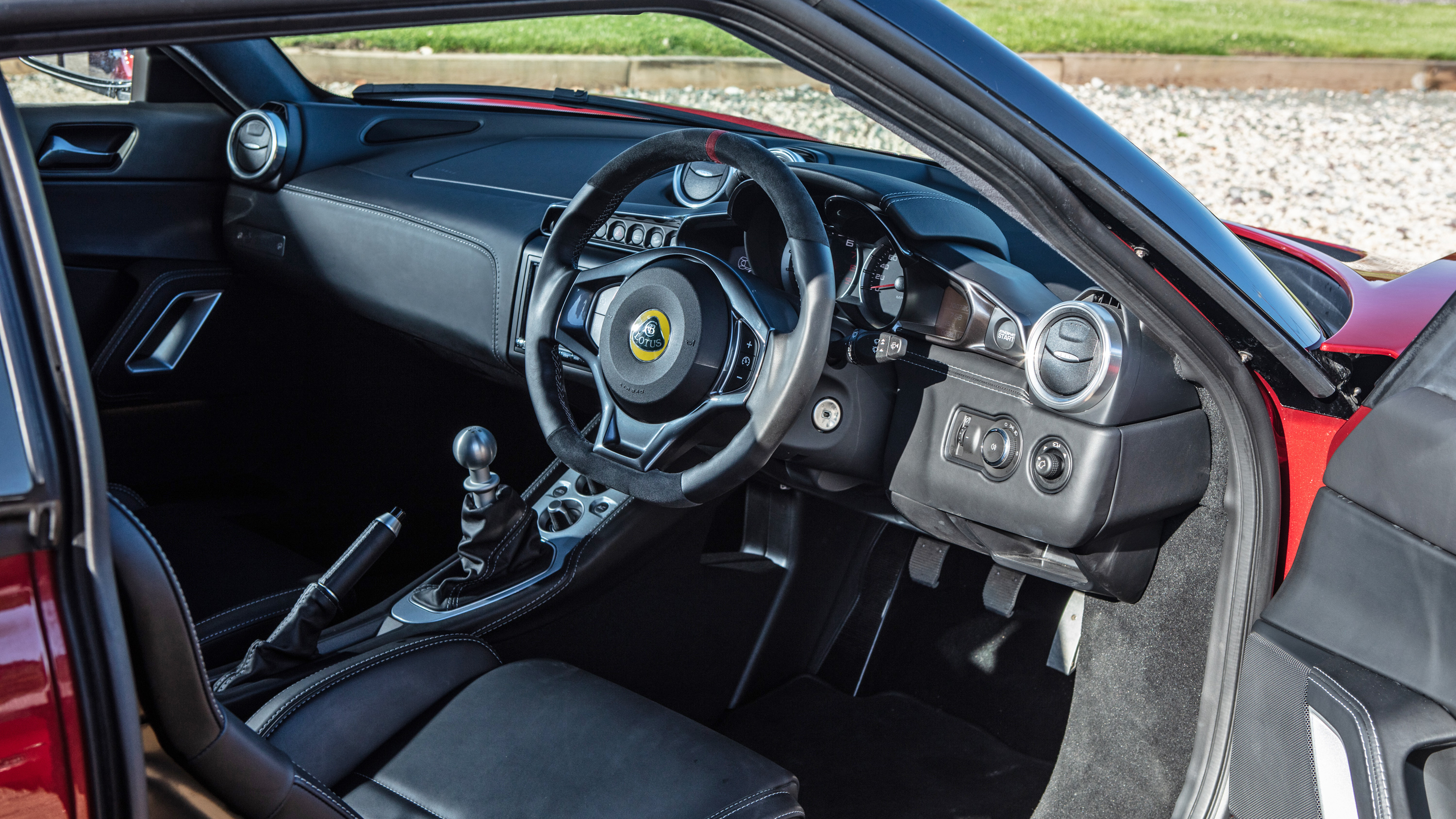 The Lotus Evora GT410 is quite the opposite, actually. “Over the past three to four years we’ve been extremely focused on the lightest possible cars, the highest power, extracting real lap times out of them,” says Lotus’s Gavan Kershaw.

“We’d moved away from plushness and then when Phil Popham joined as our new boss, he had an Evora as his car and said ‘it’s amazing, but I’m doing quite a big commute…’ So I said I could mess about with the car. We took a spec similar to the Evora we export to America. He started to drive that more and we morphed and morphed the setup until we ended up with a big enough difference to offer ‘sport’ and ‘comfort’ versions.”

And this is the ‘comfort’?

Correct. If you’ve truly got your heart set on spending over 80 grand on a car that’s over a decade-old at heart, then the Lotus Evora now comes in either GT410 or GT410 Sport iterations. Both use the same 3.5-litre supercharged V6 producing 410bhp, driving the rear wheels via a choice of six-speed manual or automatic gearboxes. Lotus actually quotes the same 1,361kg kerb weight for both, and the same 4.2sec 0-62mph sprint. And both are available with rear seats, too. So the devil really is in the detail.

The GT410 Sport actually came first, so the process of making a ‘standard’ GT410 has effectively happened in reverse. Compared to its harder-cored sibling it's got softer suspension (to the tune of around 10 per cent), additional sound insulation, more everyday tyres (Michelin's Pilot Sport 4S rather than its Cup 2), a glass tailgate as opposed to a louvred one that buggers up rear visibility, and the addition of arm rests on the doors. Which are so shallow, we’d argue they make little difference, as you have to deliberately lead your elbow to them rather than it nestling there naturally as you drive.

So it’s all a bit of a gimmick?

Actually, no. The arm rests are, perhaps. But the rest of the car feels quite special when driven back-to-back with the Sport, where the transformation feels vivid. “We try never to be brutal,” says Kershaw. “I hate cars with choppy, turbulent ride and false steering efforts. I’m surprised by the amount of tyre noise in competitors, they’re quite tiring to drive.”

And it’s that lack of tyre noise that really stands out if you've first had a stint in the Sport. Lord knows how the two cars weigh the same, as it feels like a substantial amount of insulation has been piped in here. This is no ‘eggboxes on a teenage bedroom wall’ fix.

The ride is sublime and, thanks to more amiable tyres, the steering is lighter too. Both cars use a nicely traditional hydraulic setup and it's exquisite in both – making even Porsche’s witchcraft electric steering suddenly seem a bit vague (it’s not) – but it’s the stock GT410’s wheel that’ll most deftly move around in your hands.

Is it easier to drive?

The Evora’s always been a supremely accessible thing, its big wide windscreen and visible front haunches lending a supercar-exotic experience with none of the trepidation, and being able to see moderately well out of the back helps here too. Compliant suspension and sensible track widths ensure no belly scrapes through compressions nor any nervously flinging towards the hedges at the merest whiff of a tractor on a country road, too.

But truth be told, without driving the cars alongside each other – a luxury few will have – a GT410 Sport (pictured below in blue) won’t feel like a brutal session with an intolerable PT. In fact, I think it’s even more impressive than the newly 'plush' GT410. 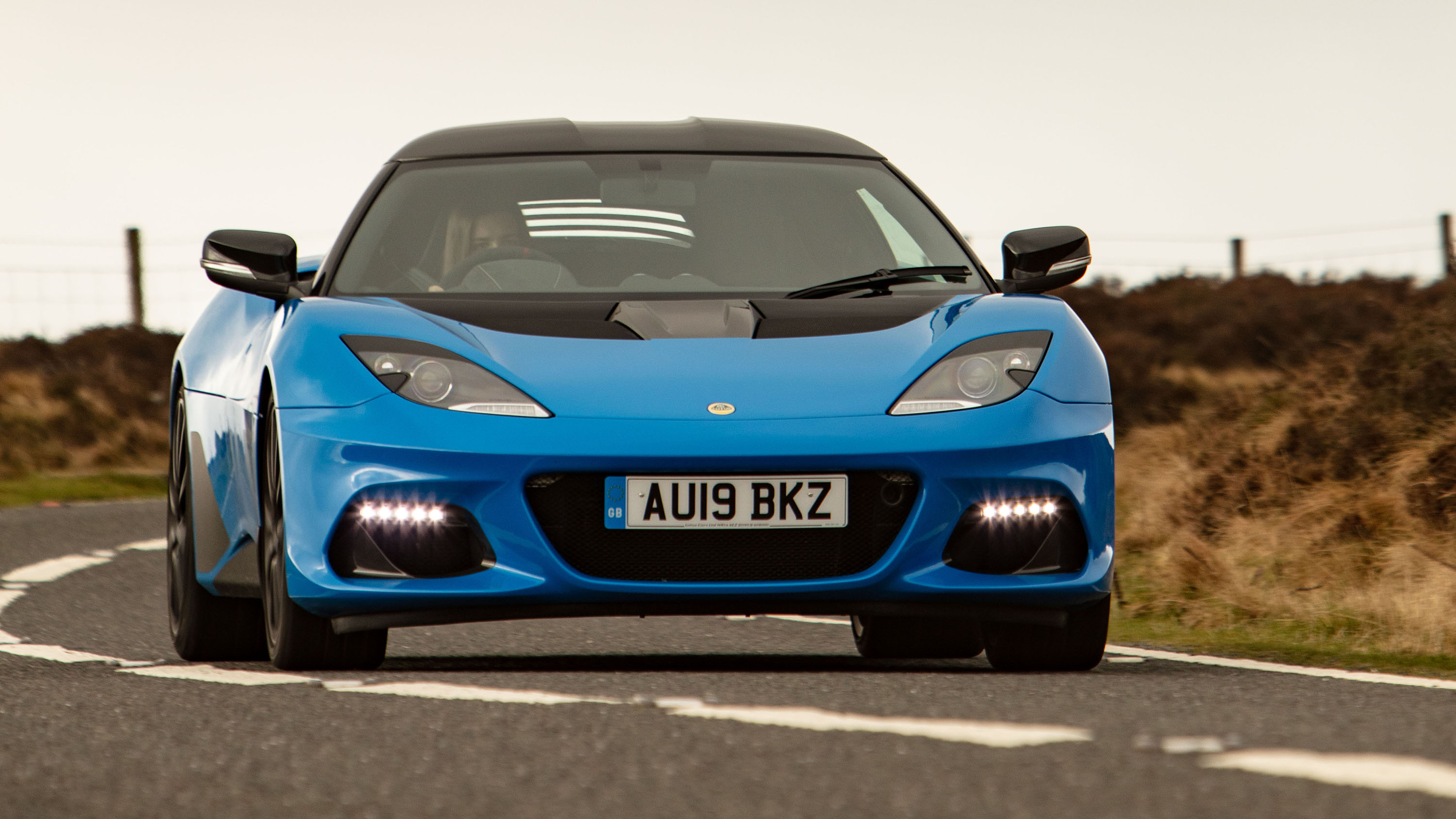 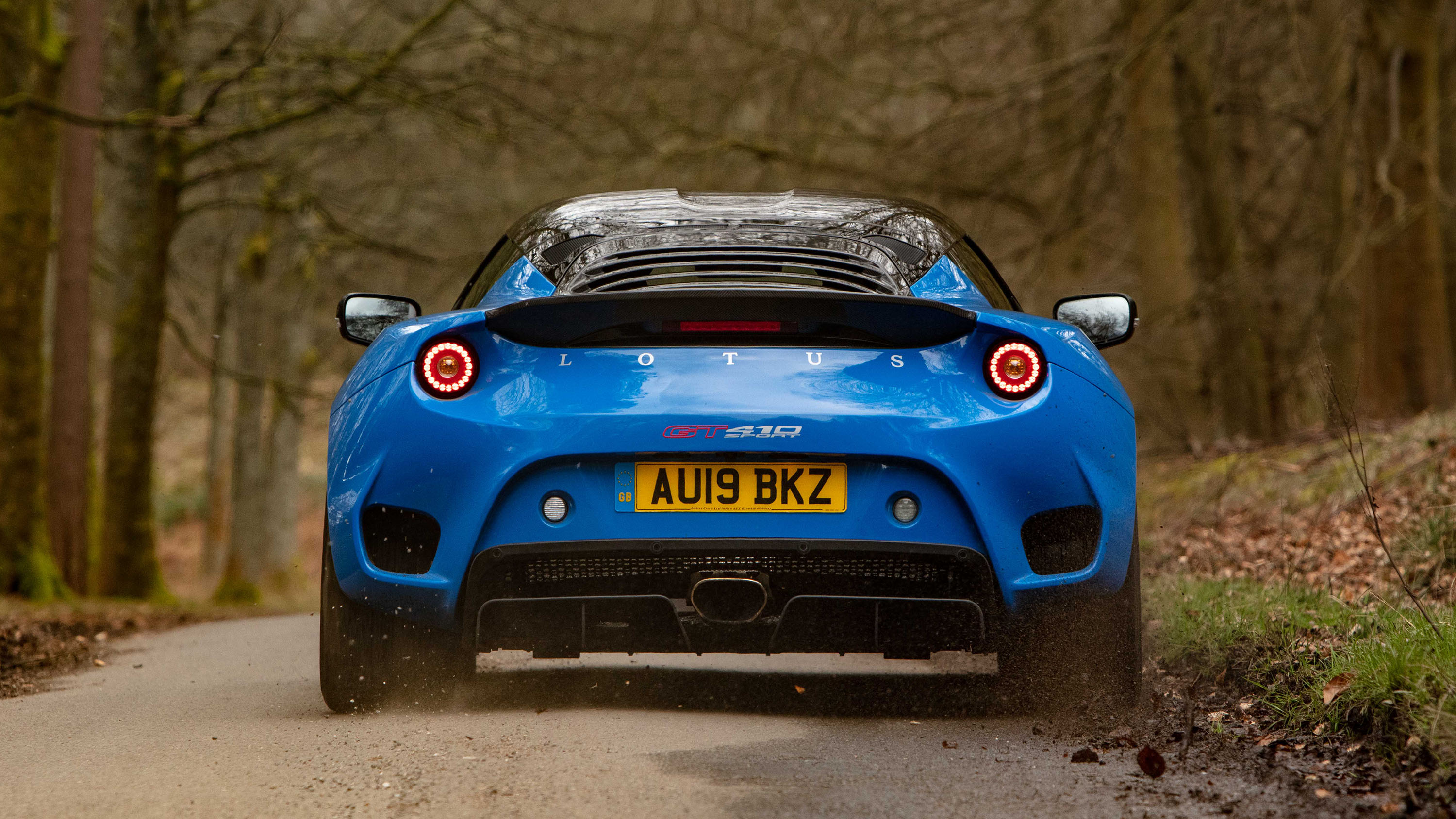 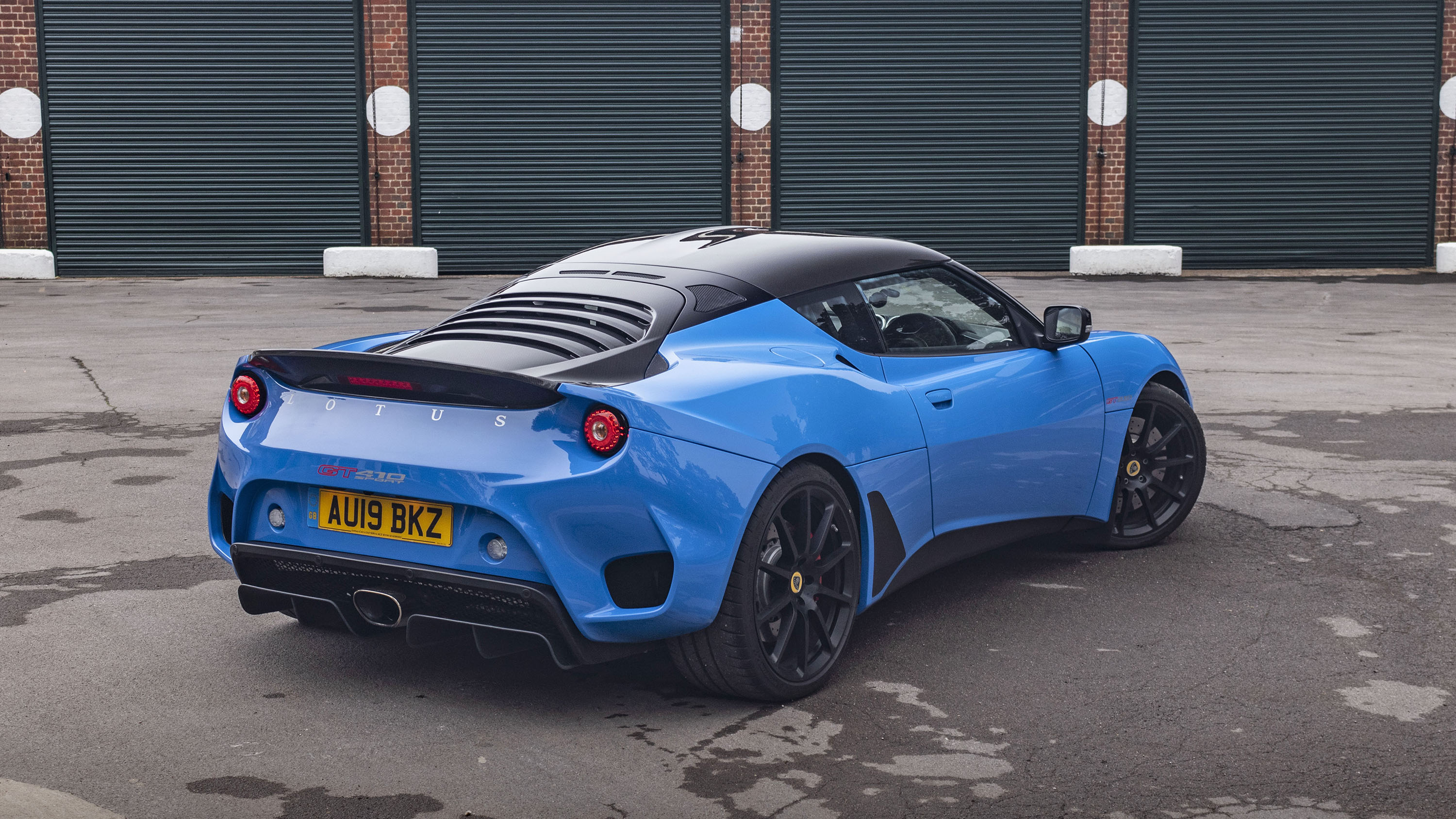 Its trick is to give you all the histrionics of a trackday-special but without losing Lotus's trademark amenability. Given the stock GT410’s comfy treatment doesn’t expand the rear seats into anything beyond ‘token gesture’ and the Evora’s key, indicator stalks and Alpine head unit still look like spares from a Ford Escort parts bin, it doesn’t suddenly become a Bentley Conti GT on the cheap. So I’d say go Sport.

Where the more usable car wades into battle with low-spec 911s and is inevitably mullered for practicality and modernity, the GT410 Sport feels more laser focused at rivalling the 718 Cayman GT4. And sublime though that Porsche is, I think they’d be a surprisingly hard pair to split on a decent stretch of road (or track) so long as interior tactility and boot space didn’t matter one iota to you. The Sport is less rounded, but more honed at what it’s designed for, a task where the Evora’s innate rough edges don’t matter nearly as much as when it’s trying to play grown ups.

And what of the standard car?

That’s not to say this standard GT410 isn’t an impressive thing, though (and at £82,900 it’s also a healthy three grand less than the Sport). Its ability to suppress engine and road noise and ride with such extreme suppleness – playing the role of GT no less convincingly than a McLaren GT does at twice the price – is phenomenal. It may be the first lotus in a while that doesn’t have ‘Cup’, ‘Trophy’ or ‘Sport’ tacked on its rear, but it's no less lovely to drive because of it.