BMW M3 by Redux review: the E30 CSL that never was

£330,000 when new
Read why you can trust our independent reviews 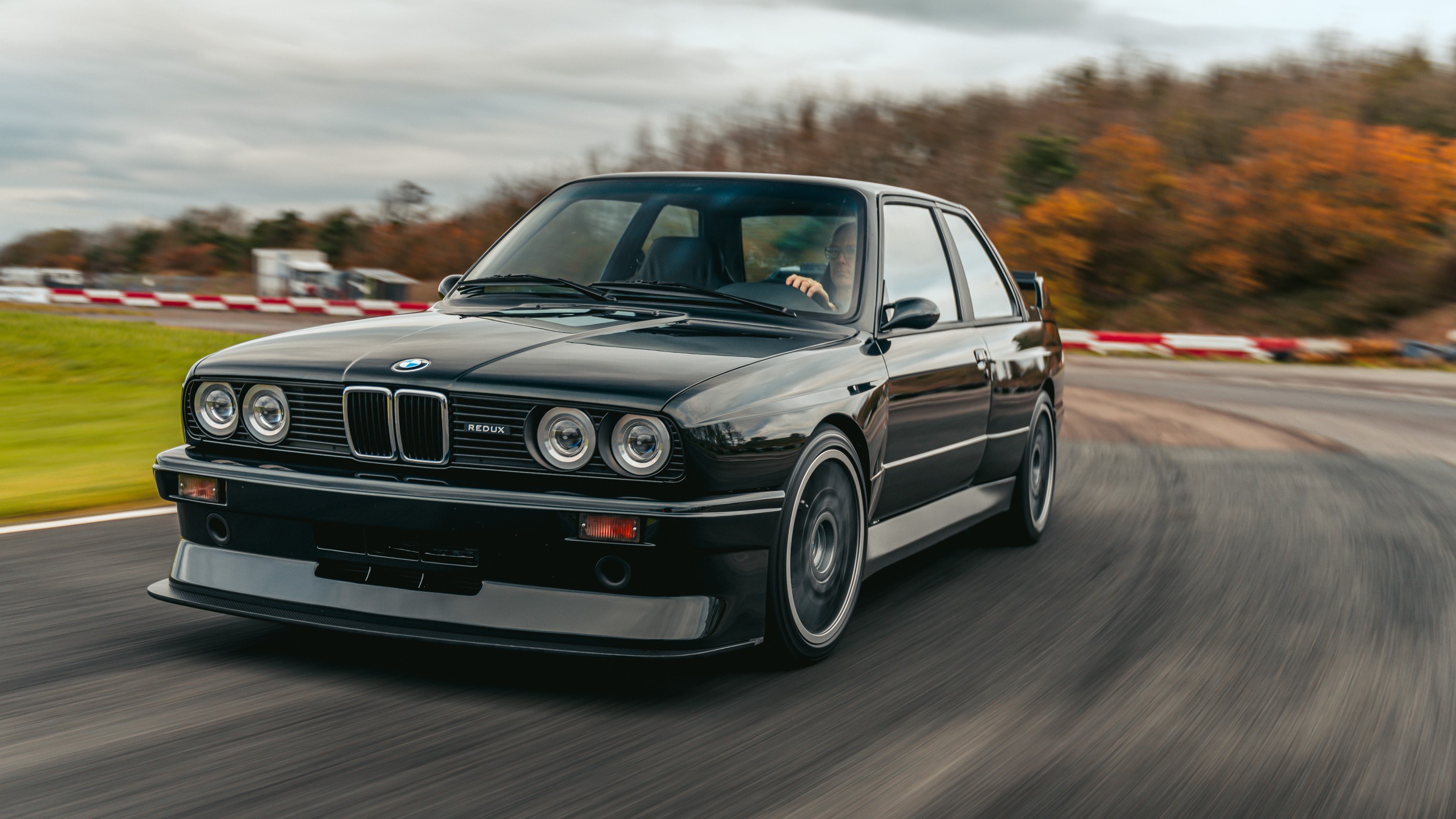 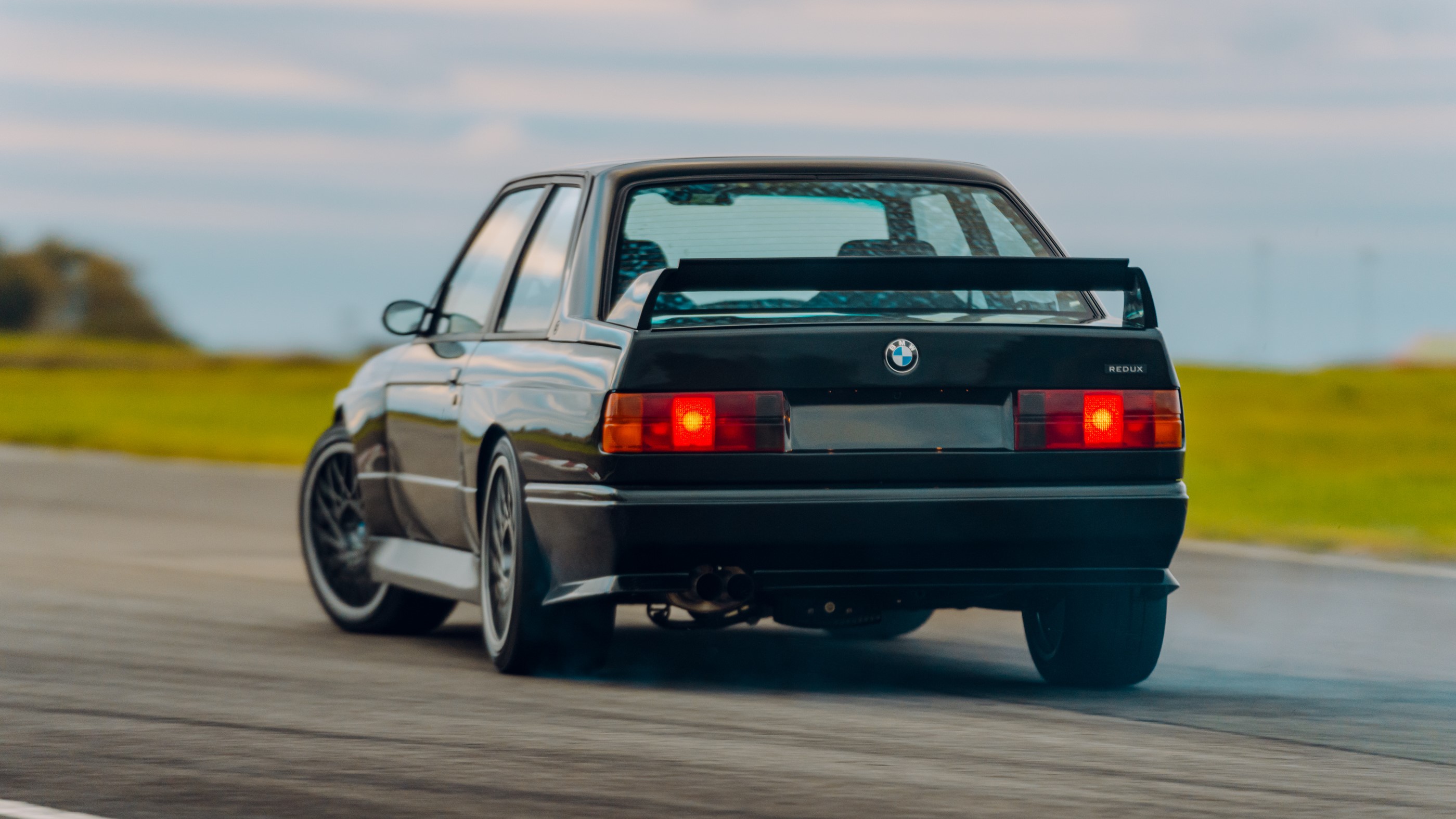 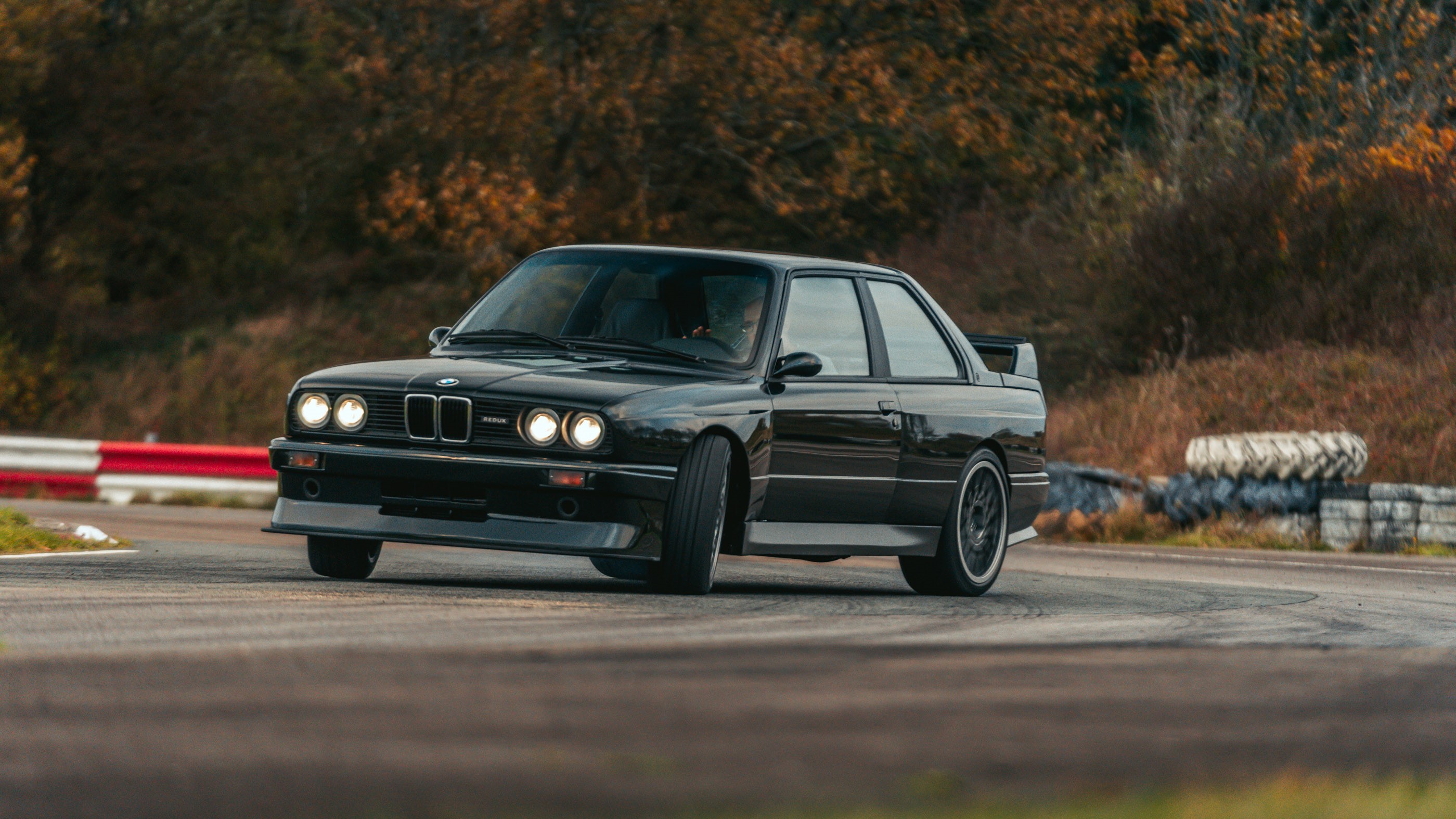 That looks like a suspiciously tidy BMW E30 M3.

More than you’d ever believe. I’ll talk you through it, but not in every detail as obsession has been at work here to a degree I’m not sure is completely necessary. Broad brushstrokes first: It’s an original E30 M3, but one that’s been 'Enhanced and Evolved' by Redux.

Yes, it’s a restomod, which means you can’t refer to it as a Redux M3, else BMW’s lawyers could descend on you. It is and remains a BMW E30 M3. See also the Porsche 911 Reimagined by Singer. This work isn’t as flamboyant as Singer’s, but then it isn’t from California. Redux is British.

But it’s butchered an original E30!

Sacrilege, you reckon? You’re probably not alone but look, BMW built nearly 18,000 E30 M3s, and Redux will only ever convert 30 of them to this specification. No, you can’t hand them a 325i and tell them to have at it. And yes, original E30 M3s are vastly expensive these days – you’re looking at upwards of £70,000 before Redux’s bill lands with the dull thud of a Yellow Pages on your hall floor. There’s a reference as old as the car itself.

Like all good restomods there’s a story. “The idea,” Redux boss Simon Lord tells me, “is that this is the CSL version of the E30 that BMW never built.” That’s a solid plan. And it’s been solidly carried out. Redux takes the donor car, strips it back to a bare shell and heavily rewelds it to strengthen the structure. I drove new and old back to back (the film will be out on the 8 December) and it was the first thing I noticed – how much more rigid and taut the Redux car feels.

All told the transformation takes 4,000 hours of work. Every single body panel bar the roof and doors is now carbon fibre (this is car 2, and the plan is for every car from now on to have a carbon roof as well. The door skins will be optional). All the carbon body panels together, from front wing to rear bumper, weigh just 40kg. But the panel I really want to draw your attention to is the rear bootlid.

What’s up with it?

That depends on how you perceive the E30 M3. That car, the first ever M3, was born in the fires of competition. To this day it remains the most successful touring car ever made, homologated for Group A competition by building 5,000 road cars. Its bootlid appeared to have been plonked on as an afterthought, a fibreglass part over the top of the original rear deck, all awkward angles and inconsistent panel gaps.

That’s essentially right. The bootlid didn’t fit properly because it didn’t need to. The motorsport dictats just required that it sit 40mm higher as that meant the permitted spoiler worked more effectively.

Now look at the Redux. It’s been honed to perfection: the proportions and angles, the whole rear area cleaned and tidied. It looks much smarter and more cohesive. Purists will say the original’s clumsy-but-functional bootlid is part of the M3 back story. Yes, but a costly restomod demands a level of care and attention beyond the norm, of correcting perceived faults, righting wrongs, adding gloss. Imagining how a CSL might have done it.

Is this level of aesthetic enhancement seen elsewhere?

Absolutely everywhere. Check out the underside of the rear spoiler. Look at the perfect herringbone pattern of the carbon weave, then open the bootlid. The pattern repeats, matches exactly. Anything that looks like anodised metal has been 3D printed – over 100 different components around the car. Inside the switchgear has been tidied up, the hifi centred in its panel, the look is clean, simple. Now look for multiples of three.

Redux has played with the M3 theme. So there are three dimples on both inner and outer door handles, 30 perforations making up each Redux seat logo, each arranged in a row of three, set of nine. There are 30 dimples across the pedal set and under the bonnet, six lines on the expansion tank, brake and power steering reservoirs and cylinder head cover.

Personally I think it’s overkill, not least because it lends the initial impression that the aesthetics are what matter most. Which makes this a good place to move on and look at the engineering.

And they are, pushed out 40mm at the front and 50 at the rear and filled with a set of DTM replica 18-inch wheels concealing AP Racing brakes. Carbon ceramics are optional. You don’t need them when the car only weighs 1,150kg, so their biggest potential benefit is the removal of unsprung weight.

As for the suspension, the basic set-up is carried over, but Redux adds bracing, bushing and fits new components everywhere from the aluminium hub carriers to the steering rack to the anti-roll bars. The rear trailing arms are new, the whole suspension geometry altered. This car is fitted with Bilstein Grp A dampers, but as an option you can have three- or four-way adjustable Exe-TC dampers, similar to those fitted to Porsche’s 911s that have been through Singer’s Dynamics and Lightweighting Study project.

The result of all this? It drives like you imagine an E30 M3 will drive.

And is that surprising?

It is when you drive an original and realise that, as with almost every other 30 year old car, it feels soft and slow. Admission: I’ve never been the biggest fan of the original E30 M3. Never found it that exciting, never thought it sounded or acted quite the full ticket to have the reputation it does.

But this was the first time I’d driven one on track. It makes a big difference. The steering, light at speed, is tactile and alert, the balance is deft so it dances through direction changes. There’s not much grip, but boy does it flow well. Quite lively at the back on turn-in, but happily slips through corners working all the tyres evenly.

It does that better than the Redux car. This is a modern experience, crisper, more immediate, much more intense, but just lacking the fluency that is the essence of the original on track.

But this is early days and it hasn’t quite had all the kinks ironed out of it yet, a little more camber on the front wheels would improve steering feel and front end turn in, the brake bias needs to be dialled in and so on. That’s detail work and there’s no doubting the basics are here and sorted – it feels robust and well made, stiff of shell, supple of suspension.

Anything to talk about inside?

The leather doesn’t fit very well. It’s their first car, they pointed it out before we noticed, they’ll sort it out. The driving position is right, the golf ball gearlever looks wrong – but is apparently a BMW Motorsport catalogue part. It’s clean and attractive, the modern elements hidden away under the ashtray cover or up in a ceiling panel – that’s the Motec ECU system: screen up top, buttons under the cover to cycle through it, plus engage hazards or heated rear window. Materials and trim are good, Nappa leather is very soft, but maybe not very CSL.

And how’s that famous four cylinder?

Famous for a reason – a reminder that four cylinders are criminally underrated. Redux has bored the 2.3-litre S14 motor out to 2.5 litres. All new internals, running on throttle bodies with a Motec ECU. That means a 100bhp climb from the original 200bhp road car, and 205lb ft. You can, if more cash is still tumbling out of your pockets, have an Inconel exhaust, and have a billet engine machined from a single block. That last one is £12,000.

You don’t need it. As it is this unit has more charisma than well, pretty much any turbocharged twin bank engine you care to mention. It’s got an induction bark that sears the ears, generous mid-range torque and a snarling 8,200rpm top end. I tore around in it, imagining I was Jo Winkelhock among a gaggle of others, tight gearlever slicing through the dogleg gearbox, brakes locking up, barrelling into tight corners, small, agile and hungry. I had a blast.

So it’s quick then?

Yes, it's as potent as the racing versions were back in the day, but more importantly has road-going drivability. It idles calmly, doesn’t hunt and chunter at low revs. And it’s fast in a way the old car never was. 300bhp working on 1,150kg gives it a power to weight ratio of 260bhp/tonne, about the same as a Porsche 911 Carrera.

The engine is the making of Redux’s take on the M3, taxes the chassis in a way the old one never did, and gives credence to their claim that this car is the E30 M3 CSL BMW Motorsport never built.

But although the story is good, as an object it doesn’t quite gel as flawlessly as cars restored by Eagle, Singer or Alfaholics. Every area has been enhanced, but they don’t all talk to one another in quite the right way. Or sing with one voice may be a better way of putting it. The most successful restomods take their idea and focus in on it to the exclusion of all else. I don’t think Redux has quite learned that lesson yet – for instance the multiples of three stuff doesn’t come across as something BMW would have done, the dynamics feel just a little raw at the moment. For a first attempt though? Bloody impressive.

But no buyer is going to make allowances for that, are they?

No, not when they’re shelling out this much.

£330,000. On top of the donor E30 M3 you’ll have handed over. Basically this or a Ferrari SF90, then. But of course that’s an irrelevant choice, because it’s an ‘and’ purchase, rather than an ‘or’. I don’t think Redux is being greedy – these super-rare restomods cost buckets to develop, design and engineer. It’s been years in development, the bodywork alone took seven months to shape before the moulds were made. I doubt the profit margins are huge.

And let’s face it, with only 30 being made you have exclusivity on your side. However, you’re taking a bit of a punt because Redux is an unknown quantity in these circles, and there’s no guarantee it’ll be perceived in the same way as Singer. At this stage you’re buying into the company as much as the car.