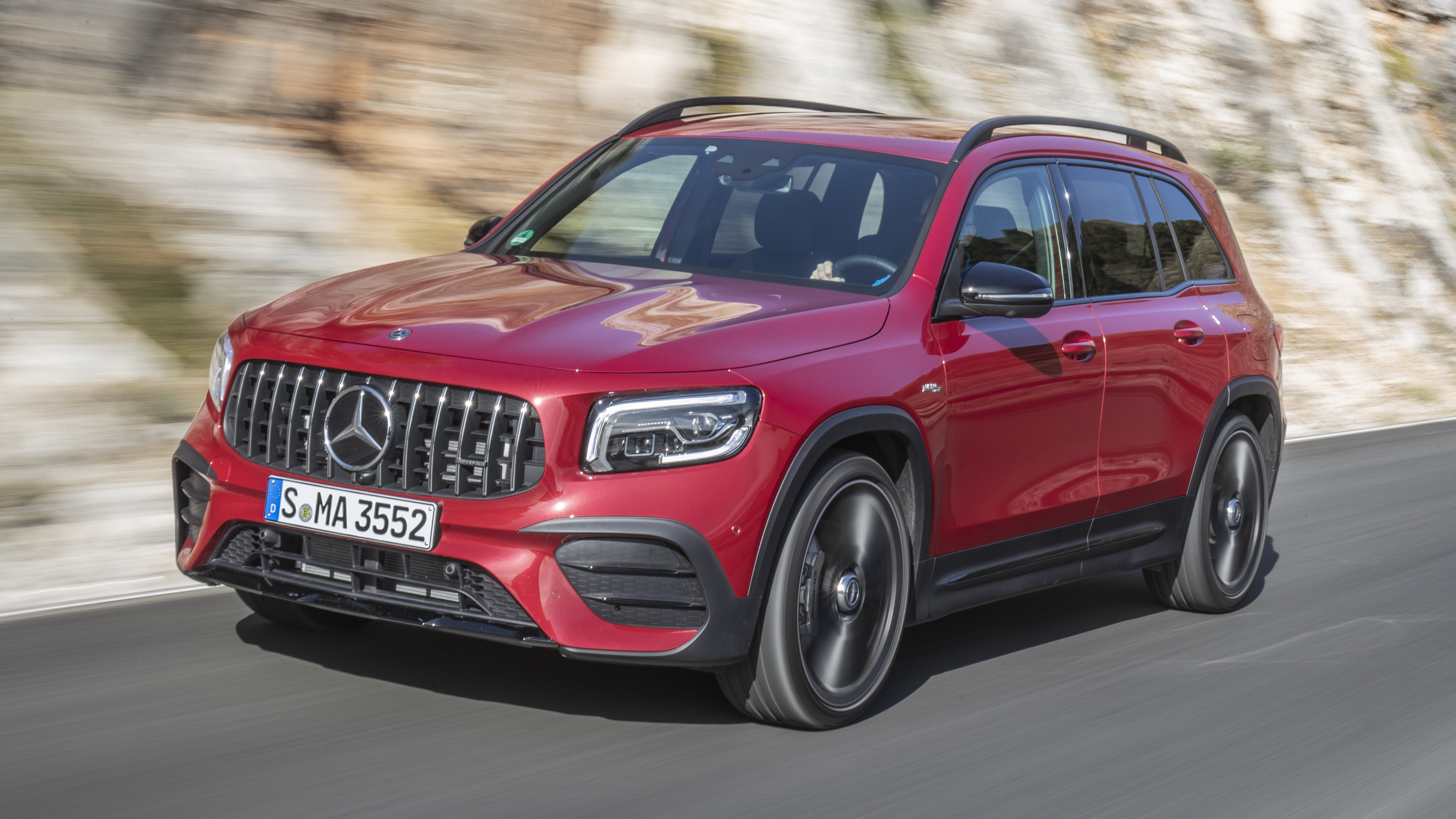 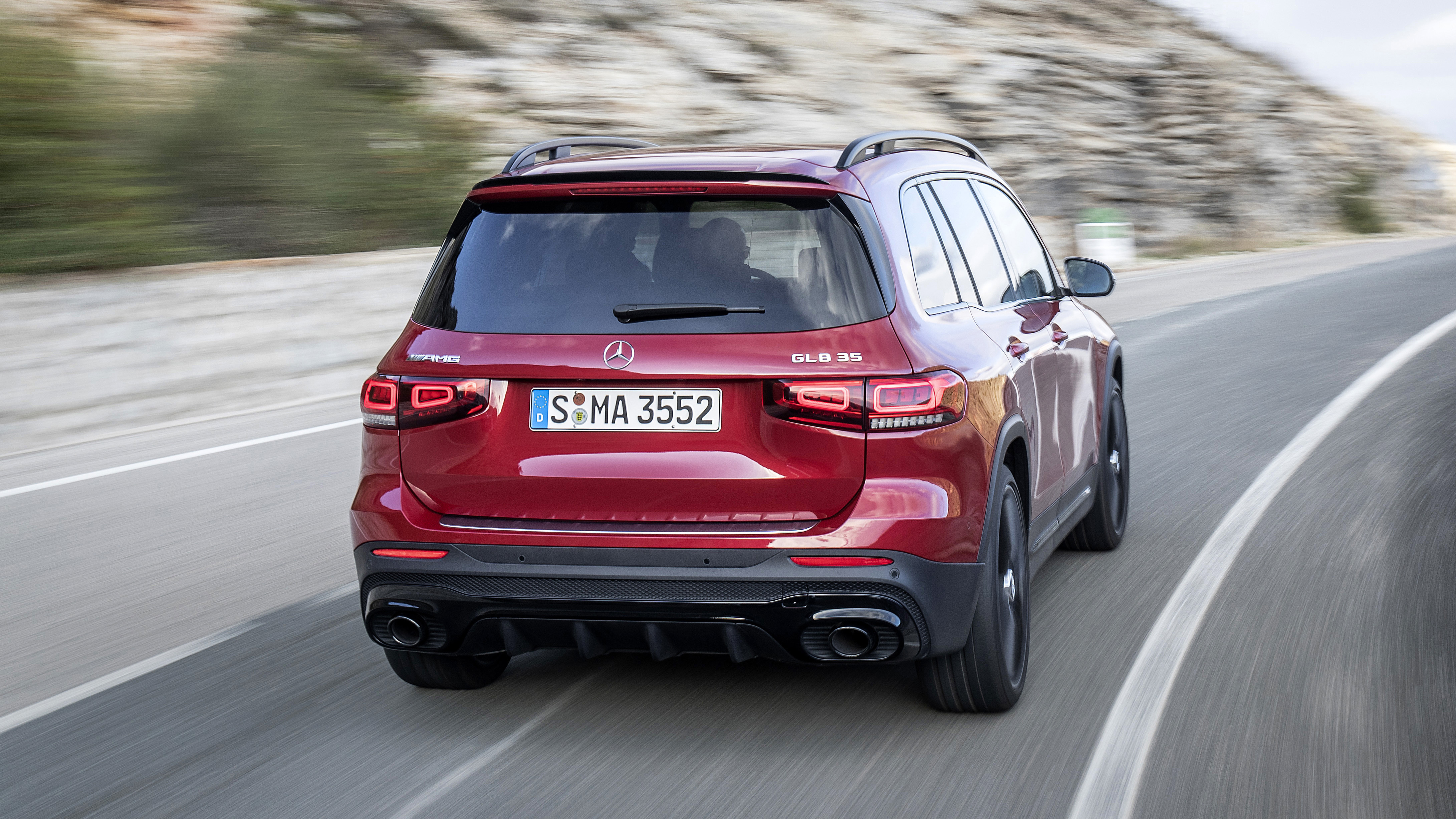 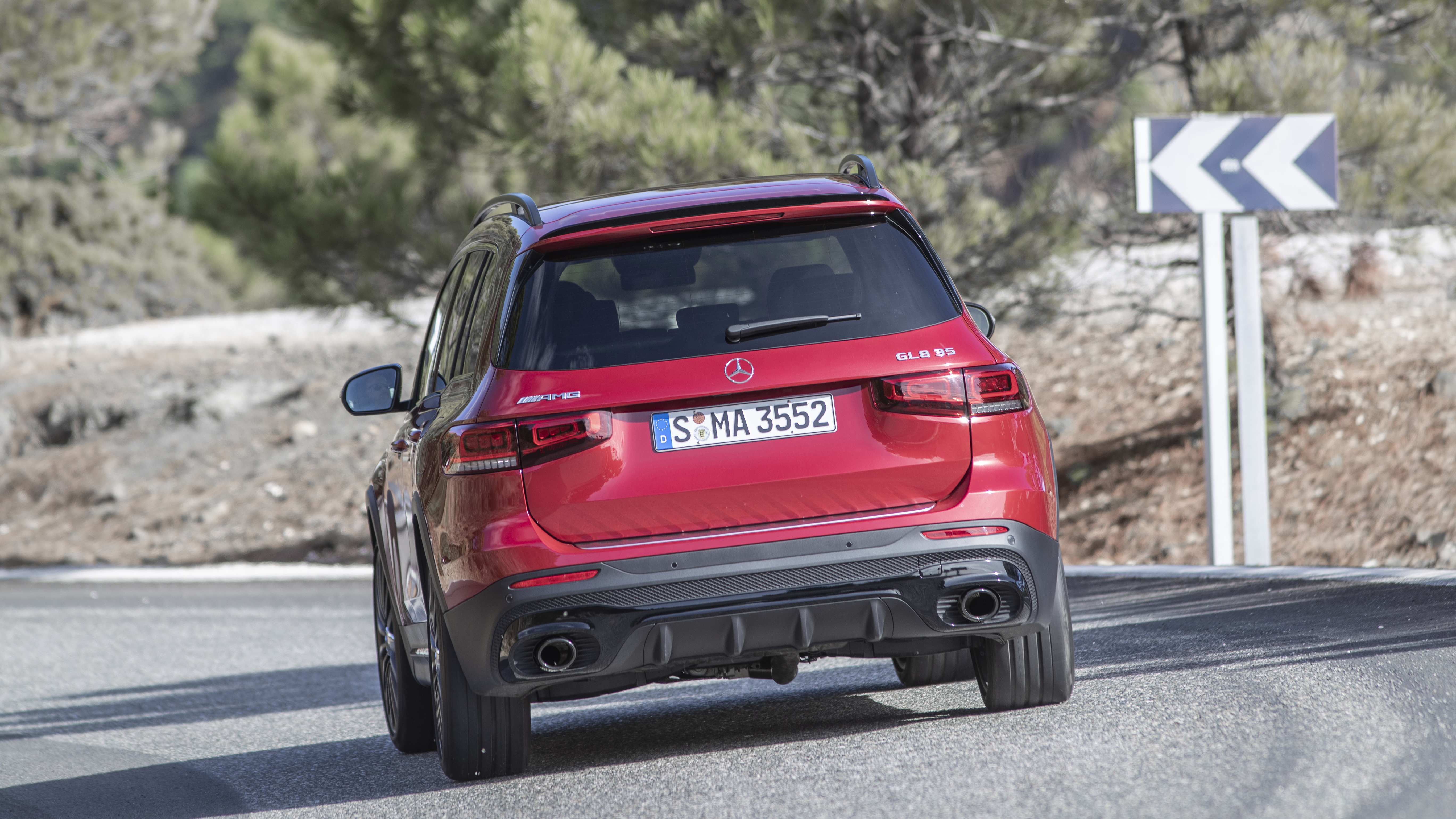 Yup. Mercedes is not one to leave a niche knowingly unplugged, which is why it’s already AMG’d its new ‘compact’ SUV (the full review of which you can read by clicking right here). Think Mercedes-AMG A35, only bigger and with space for seven.

The GLB35 uses the same 304bhp, 295lb ft 2.0-litre turbocharged engine as the hot hatch, but with more weight and a bluffer front-end to push through the air it’s naturally a bit slower. Not by much admittedly - this is still a fast car, with 0-62mph claimed in 5.2 seconds (half a second down on the A35) and a limited top speed of 155mph.

Us neither. The Cupra Ateca, Volkswagen T-Roc R, BMW X2 M35i, Mini Countryman JCW and Audi RSQ3 could all be considered rivals, but none have seven seats. The Skoda Kodiaq vRS does, but it’s a lowly 2.0-litre diesel and thus not quite in the same league as the 300-odd horsepower, petrol-powered German. The GLB35 is, therefore, somewhat unique. Unless (or until...) Land Rover decides to SVR the ordinary GLB’s arch rival - the Discovery Sport.

Is it exactly the same underneath as the A35?

They’re based on the same ‘compact car’ platform (that has spawned six different cars in less than two years - the A-Class, A-Class Saloon, B-Class, CLA, CLA Shooting Brake and now the GLB), but the GLB is wider, taller and has a much longer wheelbase.

They use the same engine and front-biased all-wheel drive systems, but while the A-Class has to make do with the old seven-speed DCT, the GLB gets a new eight-speed. And naturally there are differences when it comes to suspension. As with the smaller car, AMG has done a great deal of stiffening and strengthening beneath the (quite ridiculous) surface to make sure the GLB feels proper.

Does it feel the same to drive as the A35?

To a degree, yes. The 2.0-litre turbocharged engine, for example, remains effective if unexciting. It doesn’t make a very nice noise and isn’t as tractable as VW’s equivalent, but still manages to hurl the GLB at the horizon with a measure of force. It doesn’t feel massively quick if we’re honest, but the new eight-speed DCT is better than the A35’s seven-speed - at least in manual mode, where it responds more quickly and smoothly to flicks of the wheel-mounted paddles.

The 35 is obviously firm – the adaptive dampers’ stiffer modes could prove too much for the UK – but controls its heft well, rolls progressively and isn’t uncomfortable. The steering and pedal weights are for the most part well-judged, making it easy to drive smoothly and quickly.

This is a safe, secure-feeling car that majors on grip – something it has vast reserves of – but lacks nuance. It’s all a bit one-dimensional, as evidenced by the fact that even if you turn the ESP all the way off, the car still cuts power long before you get anywhere near the edge. Not that anyone interested in a GLB will care about that kind of thing. But that hasn’t stopped AMG in the past.

The 35 feels like it could comfortably go quicker than its systems allow, and that’s a bit weird, but probably entirely in-keeping with the kind of person it’s aimed at. There’s certainly a bit of headroom for a GLB45, which, yes, is apparently happening.

The GLB is about getting where you’re going quickly and safely. By those metrics it’s very good indeed. A decent thing to tool about in over the winter months. But it’s also about style - over and above the regular GLB, you get an AMG steering wheel (with the extra controls that make switching between drive modes much easier), grille, wheels and so-on. It looks good by GLB standards, but not all that different to the normal AMG Line model, which will be a big seller in the UK. We much prefer the look of the Land Rover Discovery Sport but to each their own, and all that.

Happily, the GLB 35 is just as practical as the normal GLB, as it still gets all the clever seat folding/sliding/stowing stuff. You can read more about all that by reading the full review.

It’s probably not a very sensible thing to do. Seven-seat SUVs are better when they aren’t trying their hardest to be hot hatches. Our advice? A quick estate, like the BMW 330d Touring, Audi S4 Avant or even a VW Golf R Estate. Much more satisfying to drive and just as, if not more practical, for the 95 per cent of the time you don’t need the two tiny seats in the boot.