£438 p/m
External link to
with Leasing.com
Read why you can trust our independent reviews
Top Gear Team
Published: 26 Nov 2019
Skip 9 photos in the image carousel and continue reading 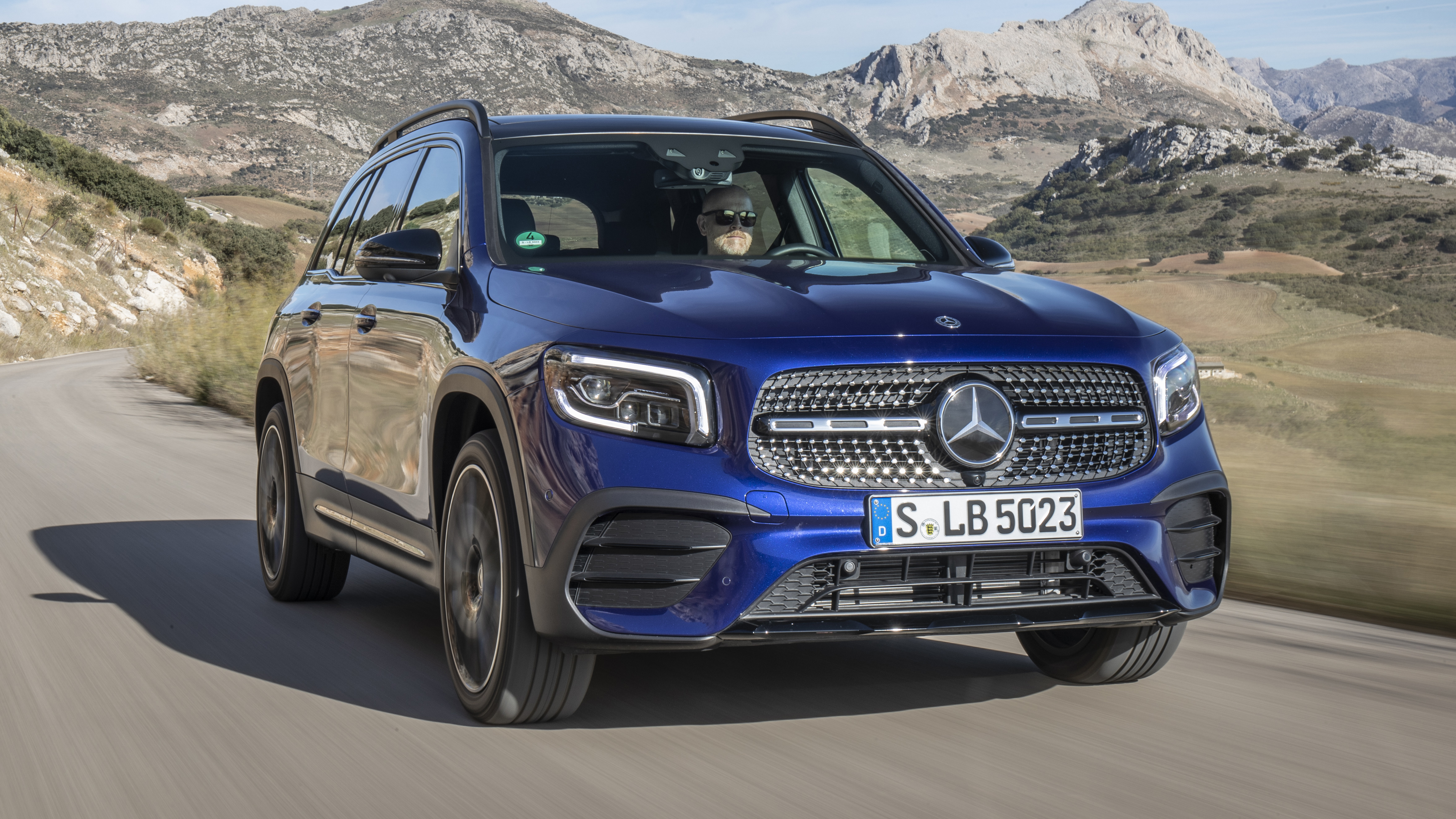 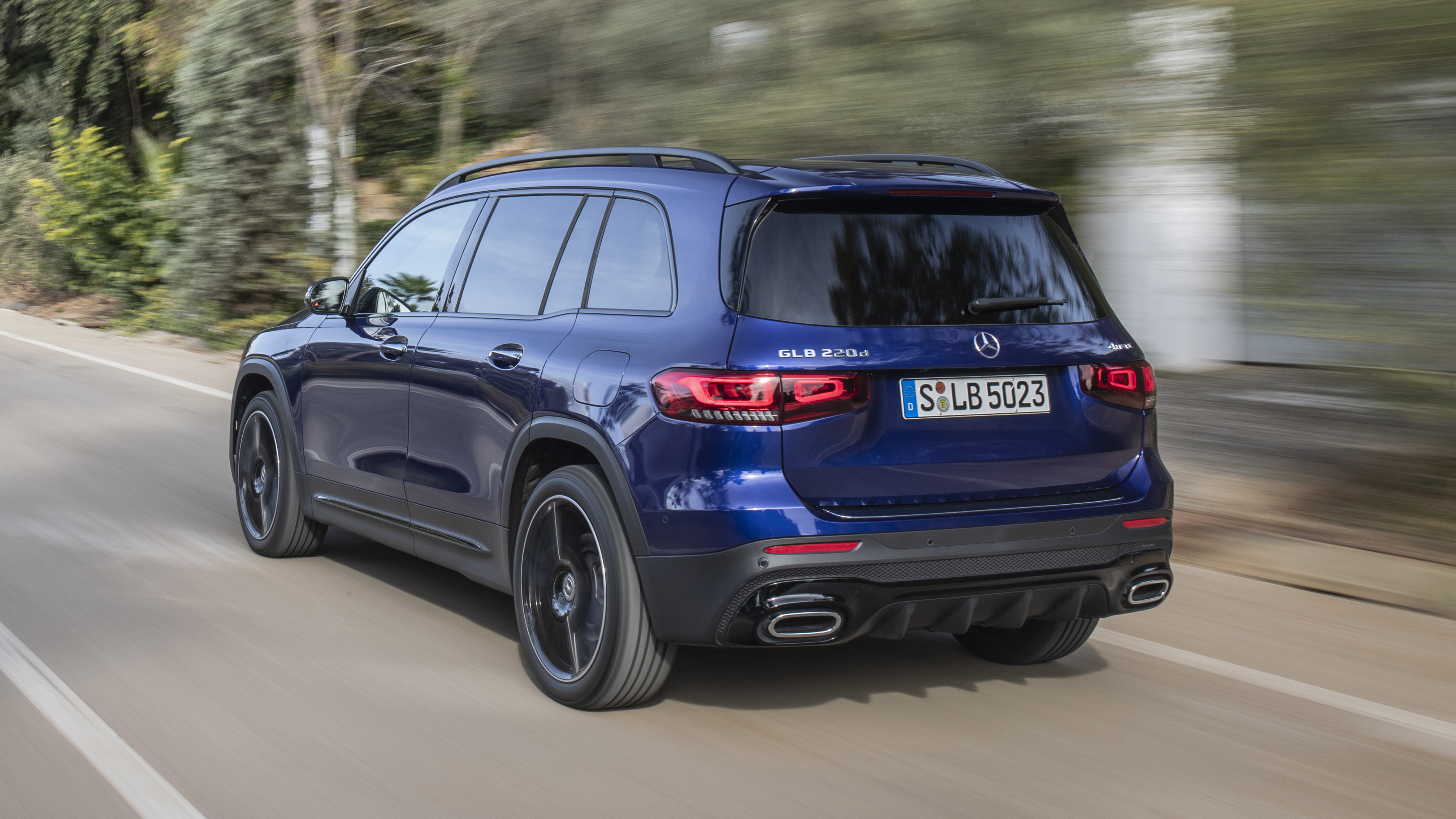 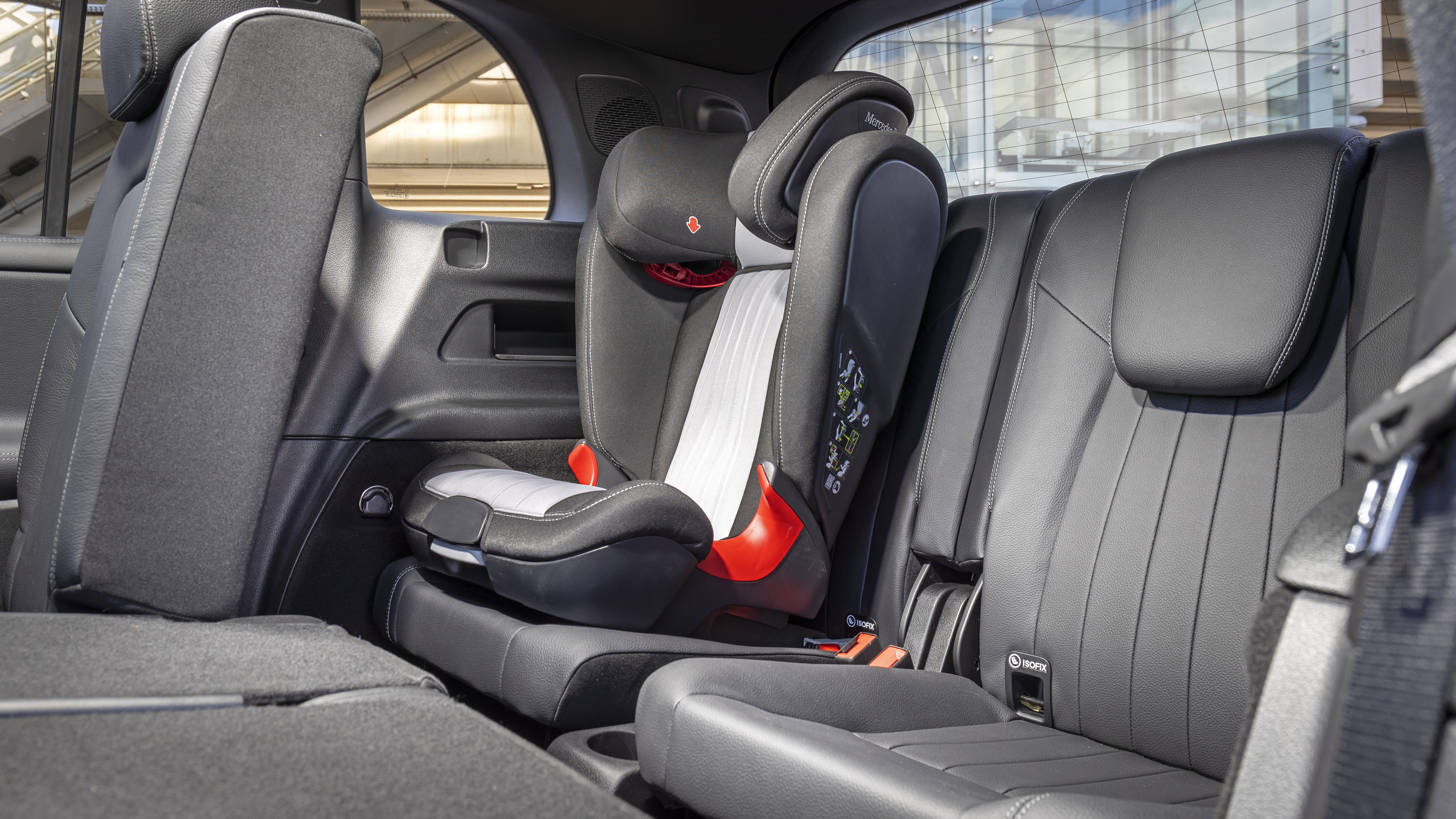 1 / 9
Advertisement
“Not a bad effort from Mercedes. Will do very well, even if the Disco Sport is more likeable and Kodiaq more practical ”

Spacious and versatile given its relatively compact dimensions, comfortable (maybe), quiet and relaxing

Bridging the gap between the GLA (which, when it’s replaced very soon, will be the eighth car on this new platform) and C-Class-based GLC, the GLB is 215mm longer, 38mm wider and 101mm taller than a B-Class, giving corresponding increases in leg- and head-room and luggage space. It also gives enough space for two small seats that flip-up from the boot floor, which Mercedes says can ‘comfortably’ accommodate people up to 5ft 6in tall. Hmmm.

The GLB is Mercedes’ biggest ‘compact’ car yet, and thanks to the ever-increasing popularity of SUVs and crossovers, no doubt destined to become one of its best-selling.

It’s shorter than a VW Tiguan Allspace or Nissan X-Trail, but longer than a Land Rover Discovery Sport. Not as tall as any of those cars, but about as wide as the VW and Nissan, and a fair bit narrower than the Land Rover. Prices start at £34,200 and rise to almost £50,000, and the vast majority of GLBs in the UK will be tarty AMG Line spec (much like the car pictured). Sales have already started, and first deliveries are expected in December.

Of course it gets all the same engines as the A-Class, B-Class and so-on. You can have a 1.3-litre four-cylinder petrol in the GLB200, or a 2.0-litre diesel as either a GLB200d or 220d. The GLB220d gets standard 4Matic all-wheel drive (it’s an option on the 200d). There is an off-road pack that adds an extra drive mode. But while the GLB will get you farther off-road than you might expect, the Disco Sport is still king of that particular hill.

All engines get an eight-speed dual-clutch automatic bar the GLB200, which uses the old seven-speed. And yes, of course there’s an AMG one - the GLB35 does 0-62mph in a shade over five seconds (thanks to actual launch control) and yep, does indeed get all seven seats (the flagship diesel gets the option of five for some reason). Prices for the AMG haven't been released, but sales of the 35 start in December, with the first deliveries expected early next year.

The dashboard is pretty much the same one you get in the A-Class, B-Class et cetera too, with twin screens (size depends on spec) in place of a conventional instrument binnacle, the MBUX infotainment system and “Hey Mercedes” voice assistant. 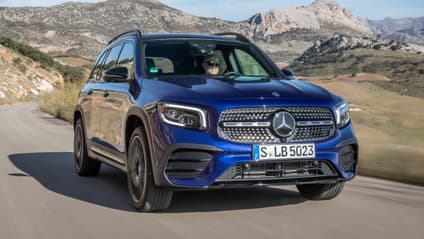 “Not a bad effort from Mercedes. Will do very well, even if the Disco Sport is more likeable and Kodiaq more practical”

Sensible money buys a Skoda Kodiaq. It’s what we’d do – and you can get a bloody good one for the £34,200 you’d pay for an entry-level GLB. But of course the three-pointed star is worth substantially more than its weight in gold. That said, the GLB doesn’t rely solely on its badge – it has been well thought through, with a reasonably versatile, appealingly techy interior and good road manners. We like it more than we thought we would, given some other cars on this platform haven't exactly impressed us.

The GLB is certainly worth thinking about if you’re looking at a Disco Sport, providing the standard suspension (which we haven’t sampled) doesn’t totally knacker the ride quality. Keep your eyes open for the twin test. 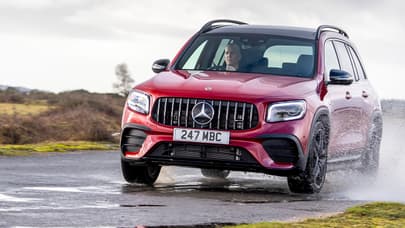 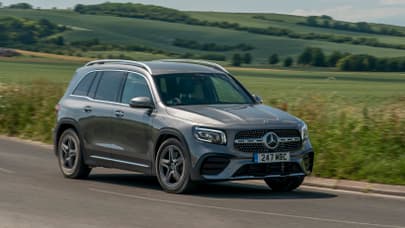 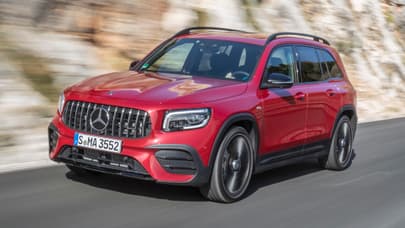