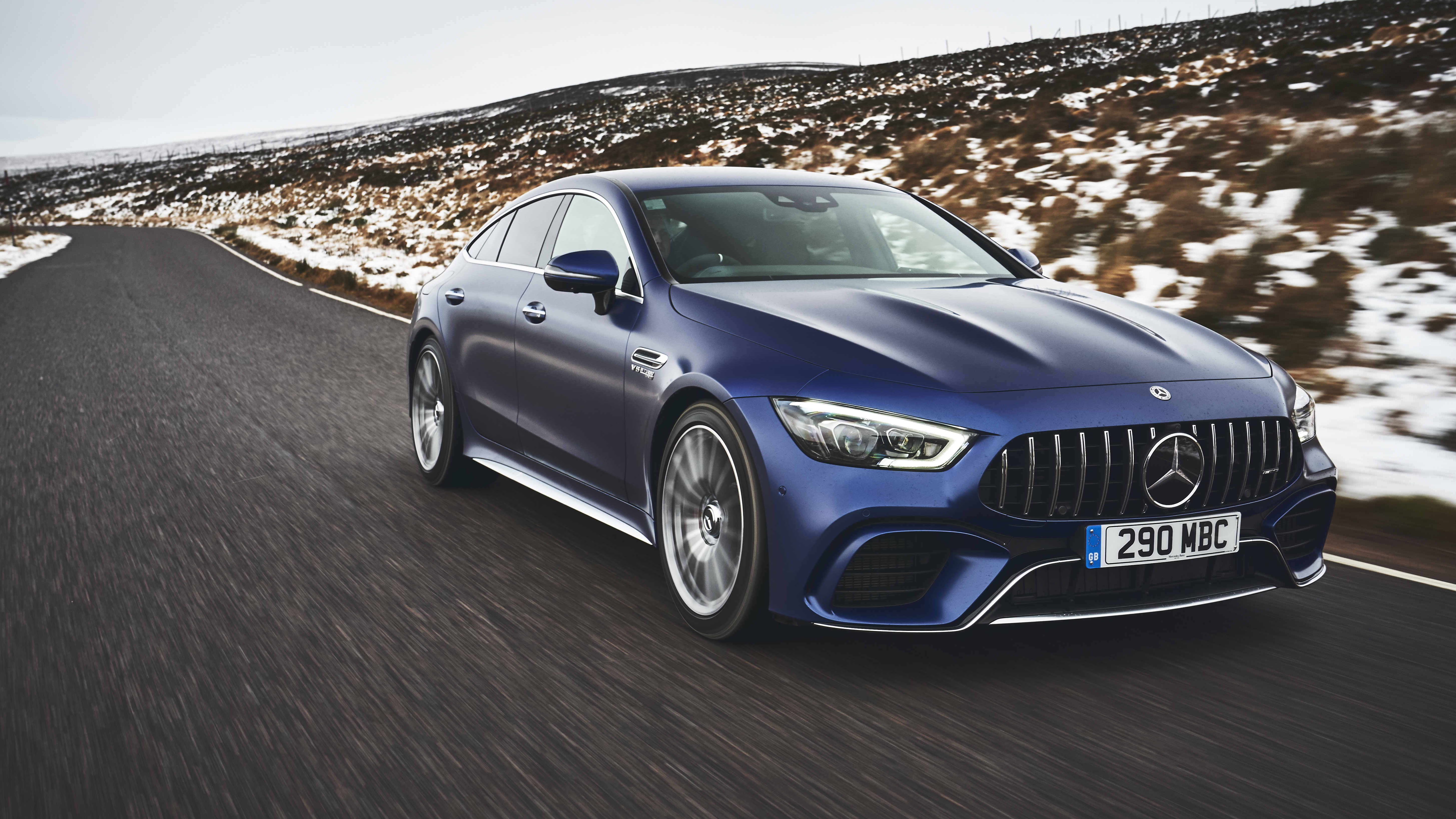 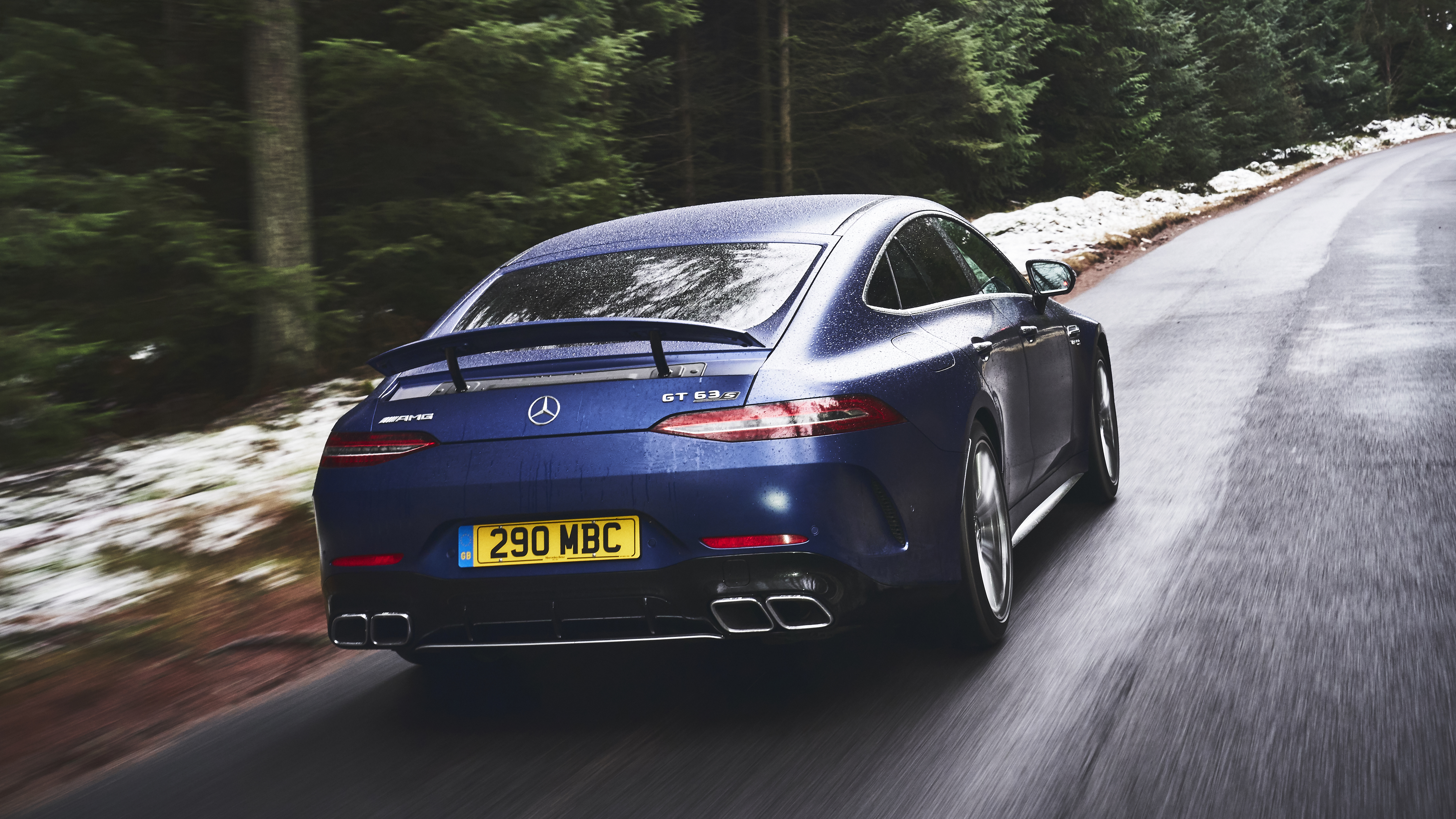 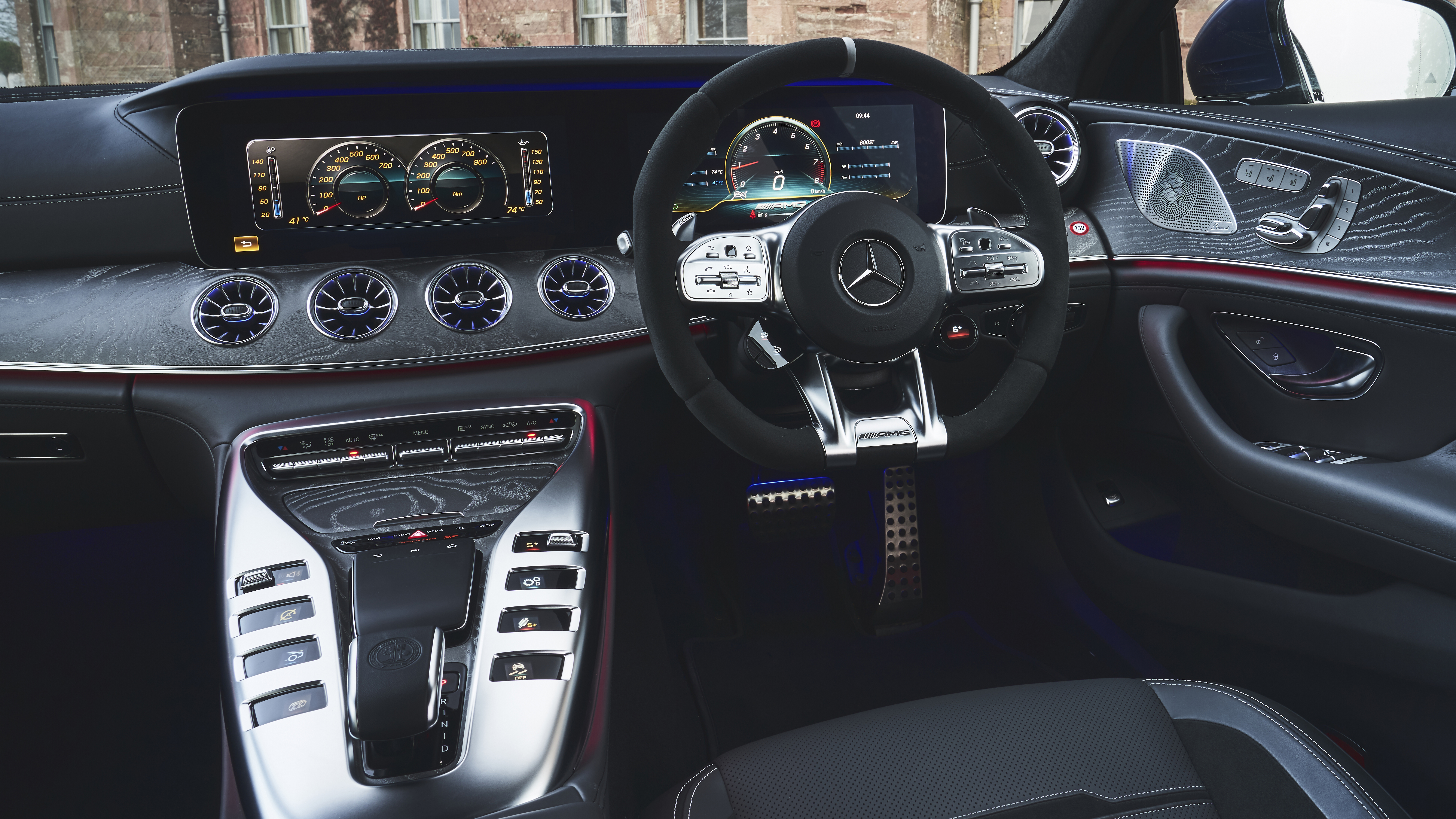 Interior almost too clever for its own good. And inevitably, it’s not cheap

We have the Porsche Panamera to thank for the existence of the AMG GT 4dr. Despite a plethora of fast, expensive machinery at the top of the Mercedes range (E63S, S63 saloon and coupe, CLS53, AMG GT S etc), Mercedes was losing customers who were unable to upgrade to the car they really wanted. Which was, apparently, a very fast, coupe-ish, four-door, sports-focussed, very expensive family car. Niche, eh? You could argue that was the role performed by the old CLS63, but that was deemed too cheap, too GT-ish to tackle the Panamera.

So now we have a four-door AMG GT. Although underneath it actually has much more in common with the E63 and new CLS. Yep, the name is disingenuous, given that this new car uses the MRA platform that underpins the C-Class, E-Class, CLS and various other Mercedes’, and therefore isn’t a four-door version of the GT at all. But it has been modified, gaining extra strengthening for the body.

Up steps the 4.0-litre twin turbo V8, available, like the E63, in S (631bhp) or non-S (577bhp) outputs. The fourteen grand price difference between the two (£121k plays £135k) is also accounted for by the S having dynamic engine mounts, an electric locking rear diff, and the ability to disconnect the front driveshafts and indulge yourself in Drift Mode. In Europe there are also GT 53 and 43 versions, which use the new 3.0-litre in-line six-cylinder in 423 or 357bhp forms. Neither of those is likely to make it to the UK.

In due course there will be a hybrid. Or maybe two. Mercedes mentions the fact that 40 per cent of Panameras are hybrids, e-power available in conjunction with both V6 and V8 motors. Stands to reason Merc might want a slice of the same action, so a 631bhp-plus-e-boost could be on the cards.

Like the Panamera, it’s long (over five metres), heavy (2,100kg and upwards), and luxurious. The driving environment has overtones of both AMG GT and S-Class, four seats are standard, a fifth optional and there’s a big boot, the space smuggled in under a swooping, almost endlessly elongated coupe silhouette. It’s a handsome beast, with greater street presence than its key rival. It features active aero: a 20-fin Air Panel grille enlivens the front end, at the rear there’s a multi-stage rear spoiler that flips up to increase stability under braking.

Prices might start at £121,350, but that’s just a stepping off point – let’s face it you’re going to be fitting 21in forged rims and matt magno paint, aren’t you?

“The ultimate tech-laden family supercar. As impressive dynamically as it is desirable”

We’d speculate that the fashion for model proliferation has polluted the thinking of some of the big players (we’re looking at you Audi and BMW). Mercedes isn’t immune, but the AMG GT 4-door coupe is a more convincing addition to the range than you’d be forgiven for expecting given its very existence came about as a riposte to the Porsche Panamera.

It’s as impressive dynamically as it is desirable. It looks great and goes like hell, not just in a straight line but round corners, too. OK, so it’s not really a four-door version of the GT. But in smoothing off some of that car’s rougher dynamic edges, this might even be the ultimate iteration of the idea.