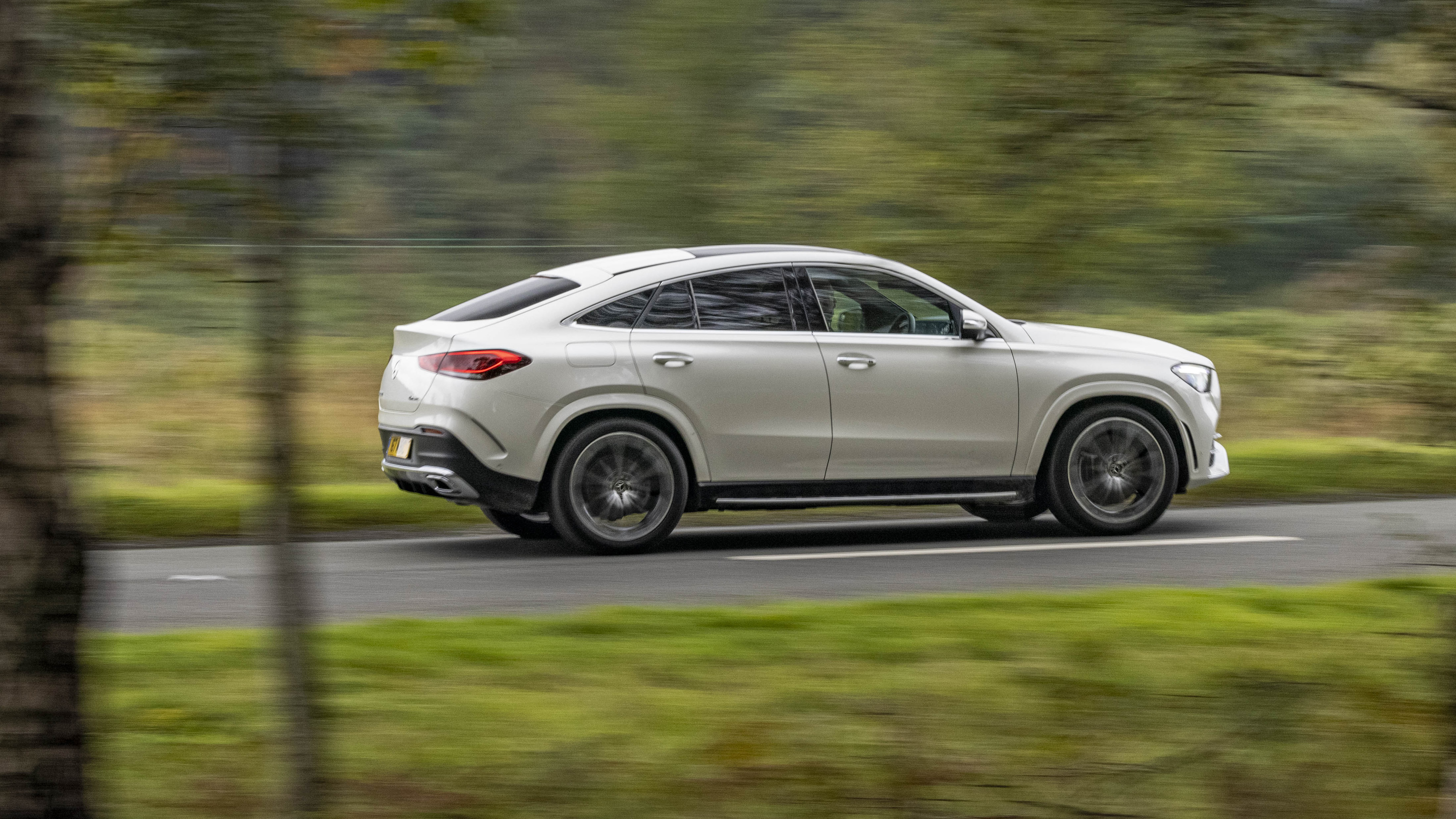 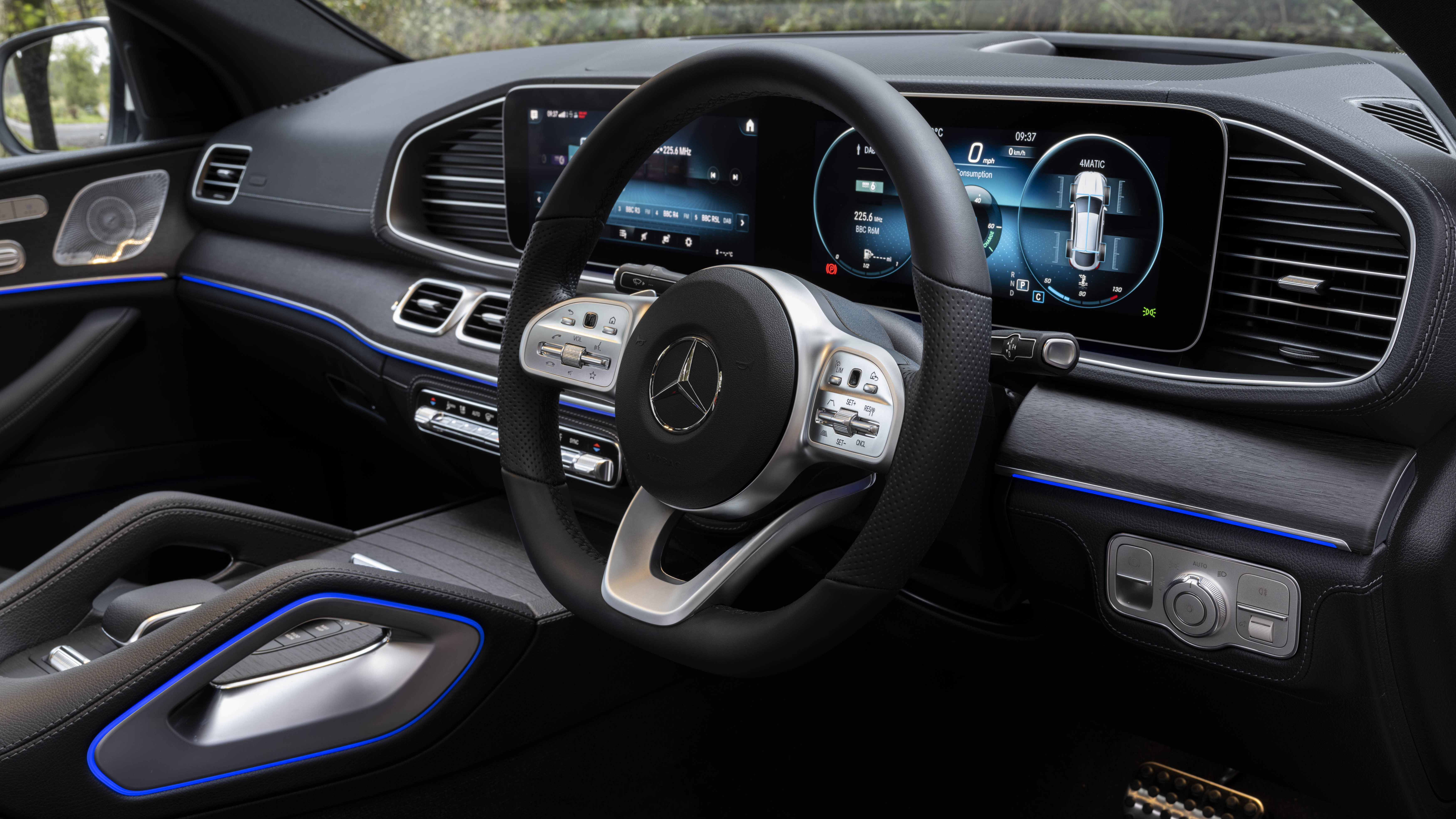 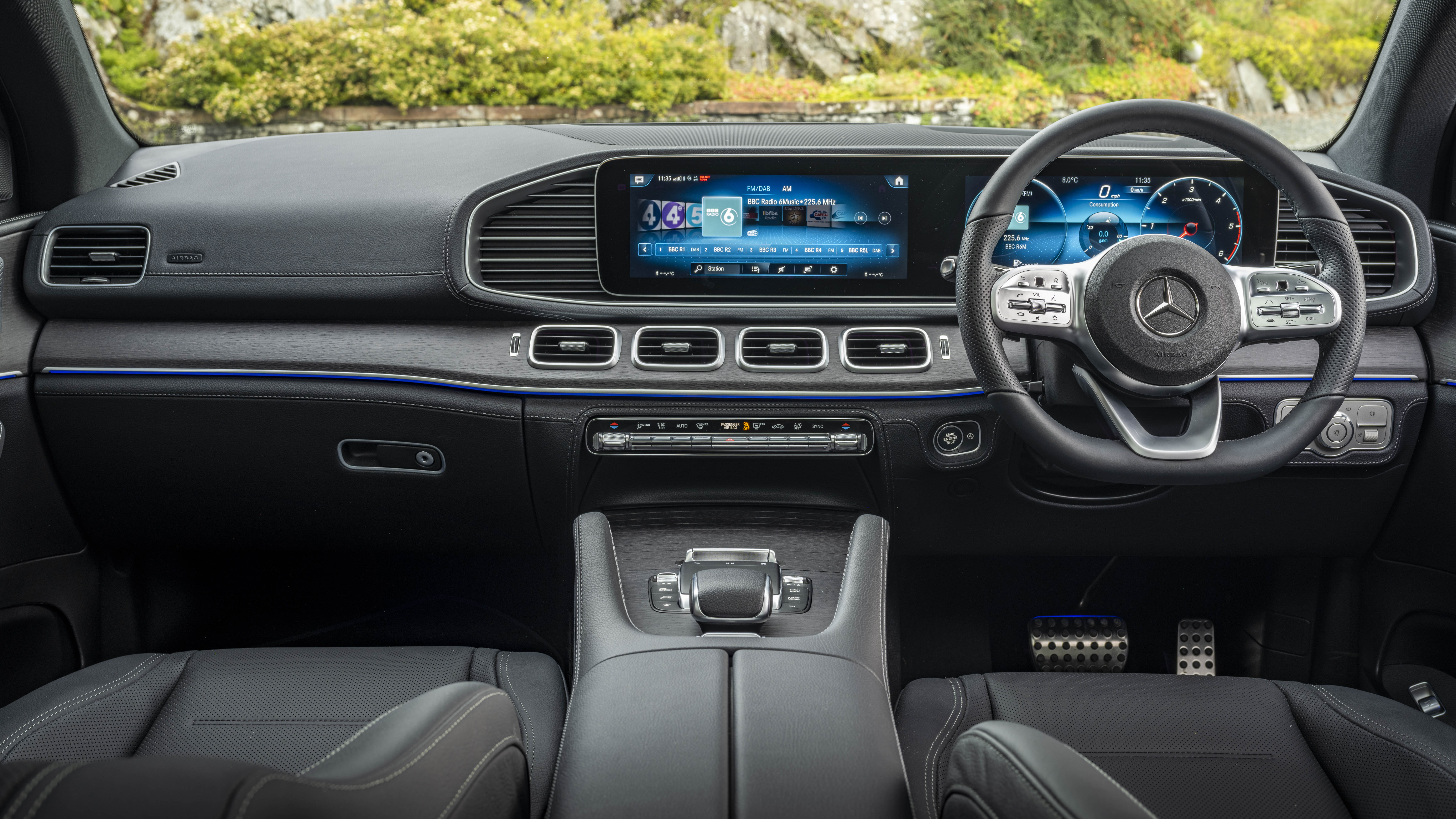 Up front, it’s as you were in the standard GLE, so we’ll not go on about it. The standard 2 x 12.3-inch screens are crisp and impressive, but the sheer quantity of features, and the many ways to go about navigating them (touchpads on the steering wheel, touchpad on the centre console, or touch the screen itself) will baffle the wits out of most folks for the first couple of days. Apple CarPlay is standard, as is Android Auto.

So let’s retire to the back seats, where things are different from the regular GLE. Darker, for one, mostly due to the microscopic rear window. No back wiper either, so you’ll be depending on those back-up cameras in the winter. Handily, they lurk under the pop-out badge so they’ll stay clean.

However, the real attack of common sense comes in the packaging back here, because this is a coupe-SUV that can seat adults in the second row. Even for a six-footer behind a six-footer, there’s sufficient headroom under the sloping ceiling, and legroom aplenty.

The middle seat requires an especially narrow backside, so it’s not a full-time five-seater, but this is a decently packaged effort. Even if it does sometimes feel a bit obscene driving such a big, heavy car and having less capacity of humans and cargo than, say, a Skoda Octavia Estate.

The tailgate is, of course, electrically raised and lowered, revealing a flat loading bay that’s sharply cut off by the coupe pretensions. Got a dog, a mountain bike, or grass clippings for the tip? Stick with the boxier GLE. Here boot space has shrunk from 825 litres to 655 litres.

The back seats offer a split-fold function and thus, there’s a two-metre long loading bay with almost 1,800 litres on offer. The GLE Coupe has the largest boot of the coupe-SUV set, against the lists of the Porsche Cayenne Coupe and BMW X6. Then again, being the most practical of the less-practical SUVs is like having the sharpest plastic fork in the cutlery drawer. It’s still at a bit of a disadvantage.