£172,205 when new
Read why you can trust our independent reviews
Matt Robinson
Published: 07 Mar 2016
comments
Skip 5 photos in the image carousel and continue reading 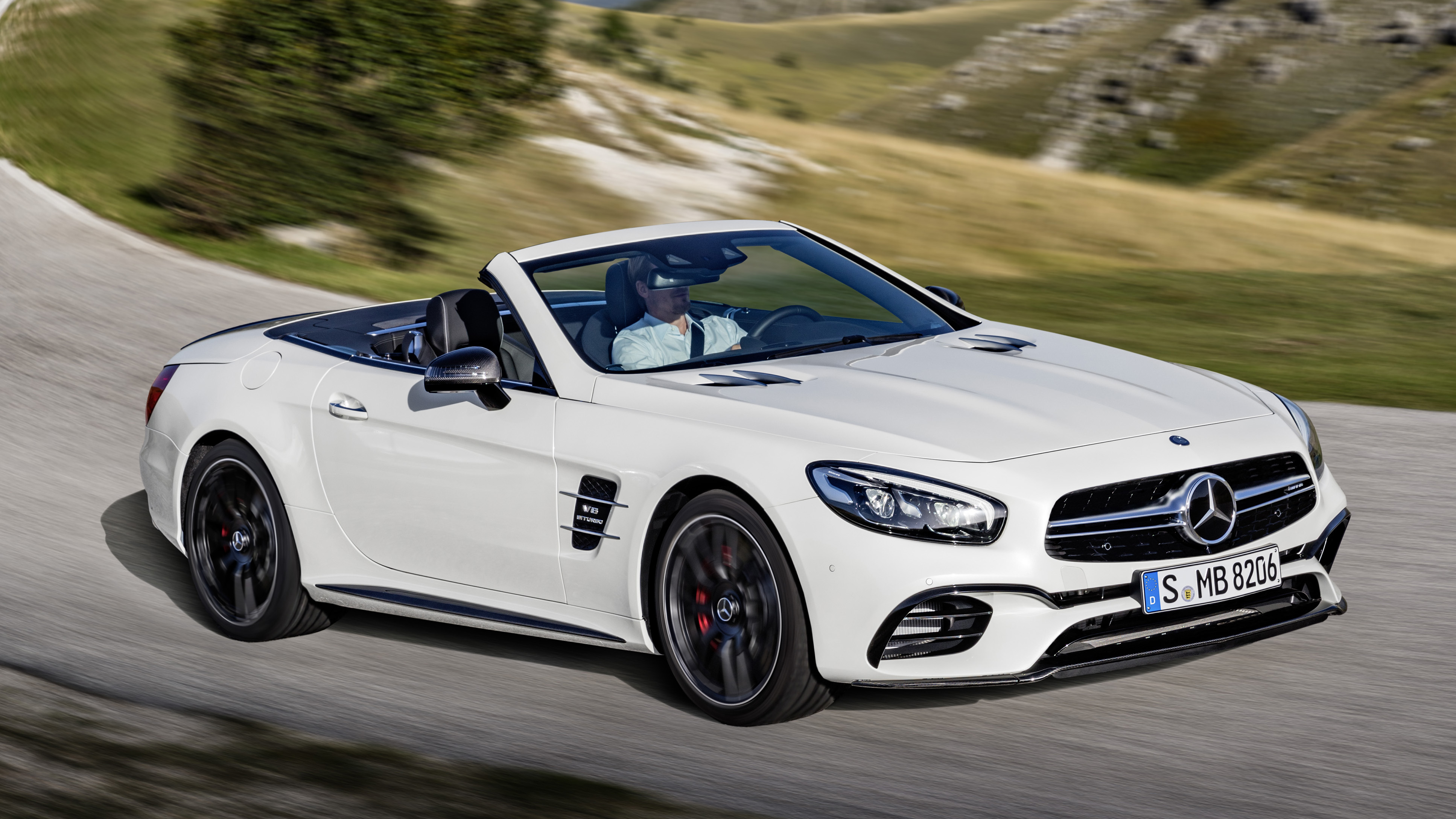 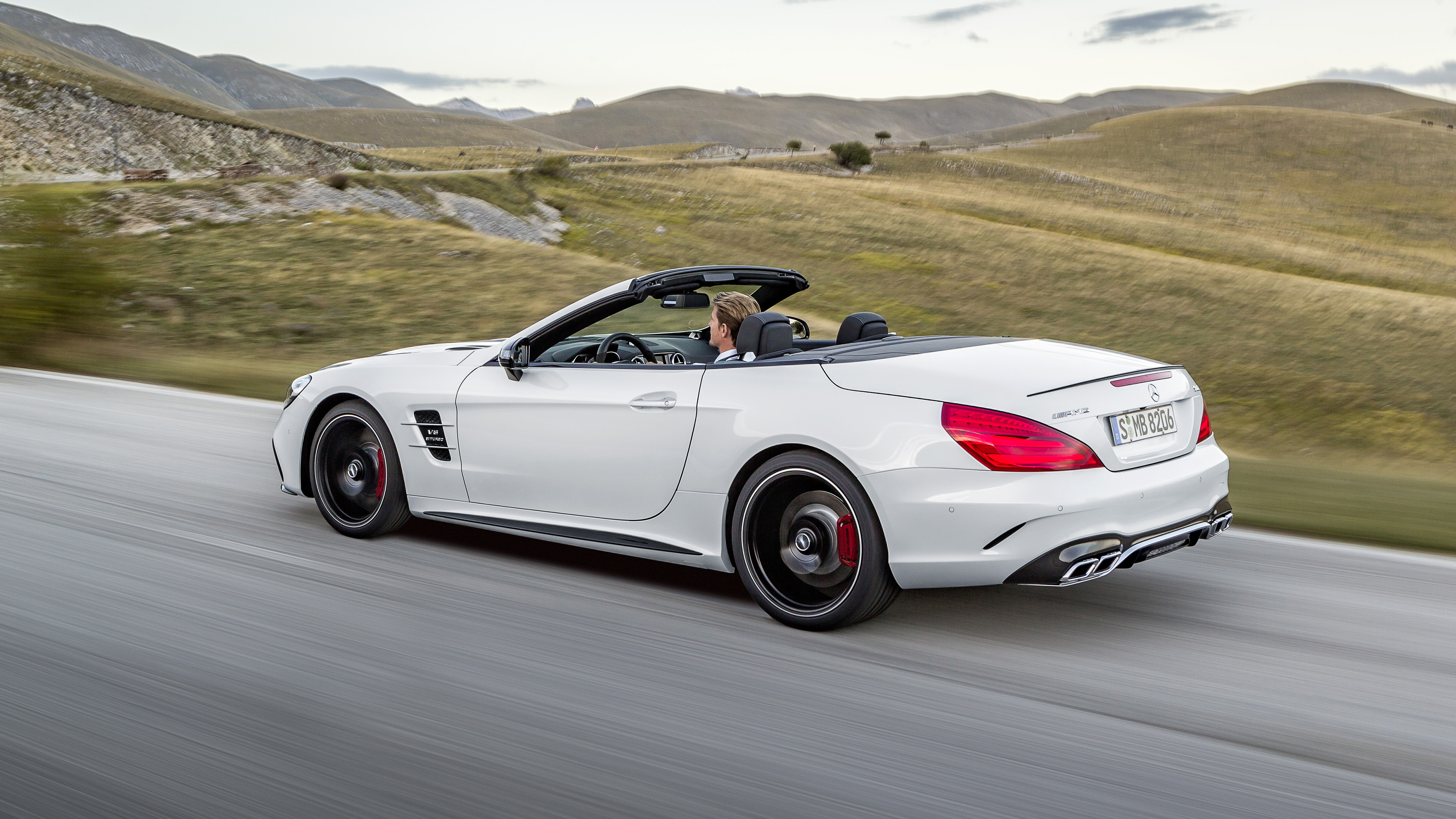 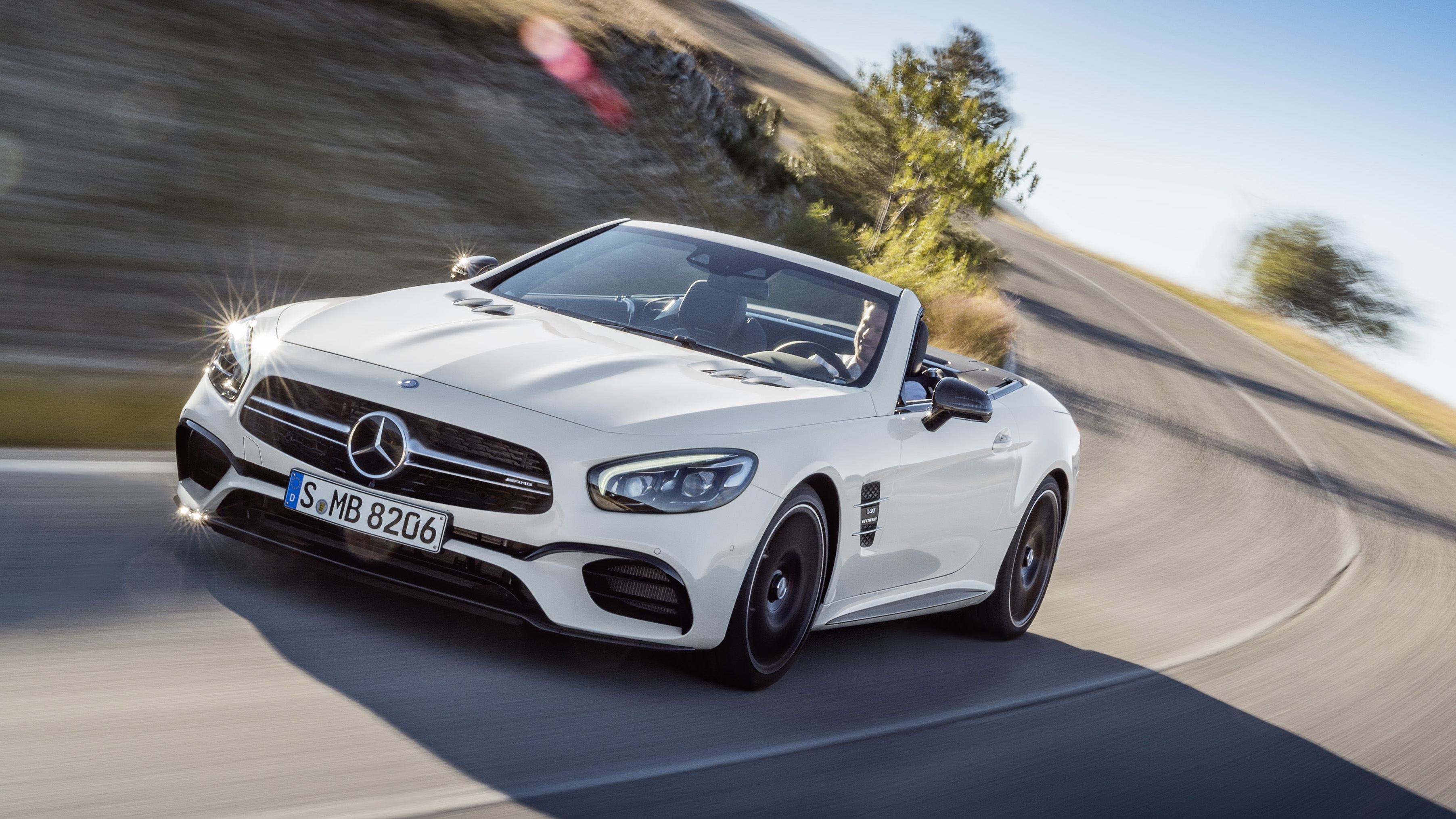 Facelift time for the sixth-generation of Mercedes’ SL, which nowadays is purely sold in roadster format. In fact, although the SL badge dates back to 1952, the open-top didn’t appear until 1957, so next year it will be 60.

And is it growing old in a graceful manner?

Hardly – wonderfully disgraceful would be more apt, certainly in the case of the two Mercedes-AMG SLs that will make up the top half of the four-model UK line-up. Loud and bonkers quick, this pair are anything but slow-moving sexagenarians  in danger of shuffling off the mortal coil.

Two performance versions? Why would you need a pair of AMGs?

Tell me a little more about the 63.

With pleasure. This carries over the brutal 577bhp, 664lb ft 5.5-litre twin turbo V8 engine from the pre-facelift model, but the 63 now wears the AMG GT-inspired LED headlamp clusters, A-wing lower front air dam design and more aggressively contoured bonnet of all facelifted SLs. That grille is worth noting, too, as it is a shape unique in the Mercedes family and deliberately crafted that way to evoke the original 300 SL of the 1950s.

Yes, yes, all very nice, but what’s it like to drive?

It’s very impressive. Mercedes-AMG has had a play with the 63’s seven-speed dual-clutch gearbox to make it react quicker, and added that Curve Tilt Function we’ve seen on the S-Class Coupé, a feature that really only works at ludicrous speed on the Autobahn. The 63 gets a sportier variant of Active Body Control (ABC) adaptive suspension as standard, but for £1,570, AMG Performance Suspension brings in more dynamic control software and we’d really recommend buyers fit this upgrade.

Does it make the SL a proper sports car?

Not quite, but it’s certainly the most entertaining example of the SL we’ve yet driven. The steering is wonderful, the body control first rate, the brakes are epic and the gearbox a peach. All of which combine to make the 63 surprisingly agile for a 1,845kg convertible. And the cacophony of noise the V8 emits through its quad exhausts in Sport+ mode is out-of-this-world good. Pace, naturally, is simply not an issue – there’s an abundance of jaw-dropping acceleration at any speed, any revs.

Ah, but has the refinement suffered as a result?

Absolutely not. Stop driving the SL 63 like an oversized Mazda MX-5 (you’ll have to do so at some point, for the sake of your sanity, driving licence and wallet, due to the shocking rate of fuel consumption) and, like any self-respecting luxury Mercedes roadster, the AMG has a cosseting ride, a subdued (but still interesting) engine/exhaust note and decent protection from hair buffeting with that Vario-Roof folded away. Point of order: all new SLs can now raise or lower the hood on the fly at up to 25mph.

In the UK, where its sales figures will be likely single-digit low, we’re not sure. Customers in some global markets demand a V12 and that’s why Affalterbach is still making the 65, but to our mind the 63 is the superior car. While the monster twin-turbo V12 engine in the 65 possesses an extra 44bhp and 73lb ft, the flagship has to cart around another 105kg, which is all over the nose. That means there’s just 5bhp/tonne in it on power-to-weight and the SL 65, driven hard, performs admirably enough but feels like a heavy car that’s wandering out of its comfort zone. It’s a point and squirt machine, rather than having the sort of chassis of the SL 63, which you can engage in a punishing workout. It also gets a torque converter auto AMG seven-speed automatic, rather than the 63’s fantastic twin-clutch unit.

Does it sound better?

No, it’s virtually inaudible in town and only a bit louder on open roads. Even the SL 400 is more aurally entertaining than the 65. There’s a nice gravelly undertone to the V12 under duress but the 63 has it licked when it comes to the acoustics. And economy, too – the 6.0-litre 65 is terrifyingly thirsty if you have those turbos blowing hard on a regular basis.

I take it neither of these AMG SLs are cheap?