£292 p/m
External link to
with Leasing.com
Read why you can trust our independent reviews 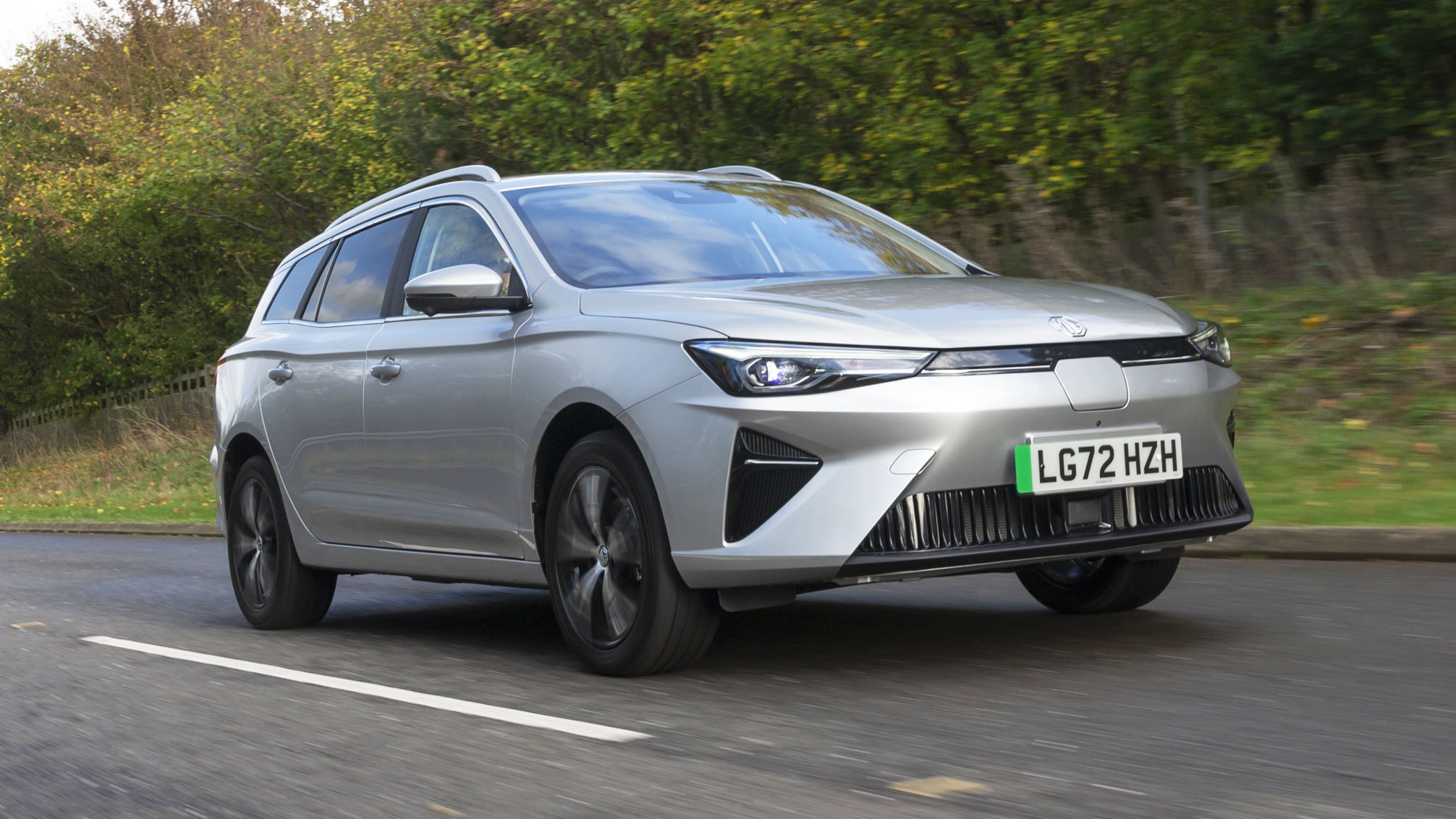 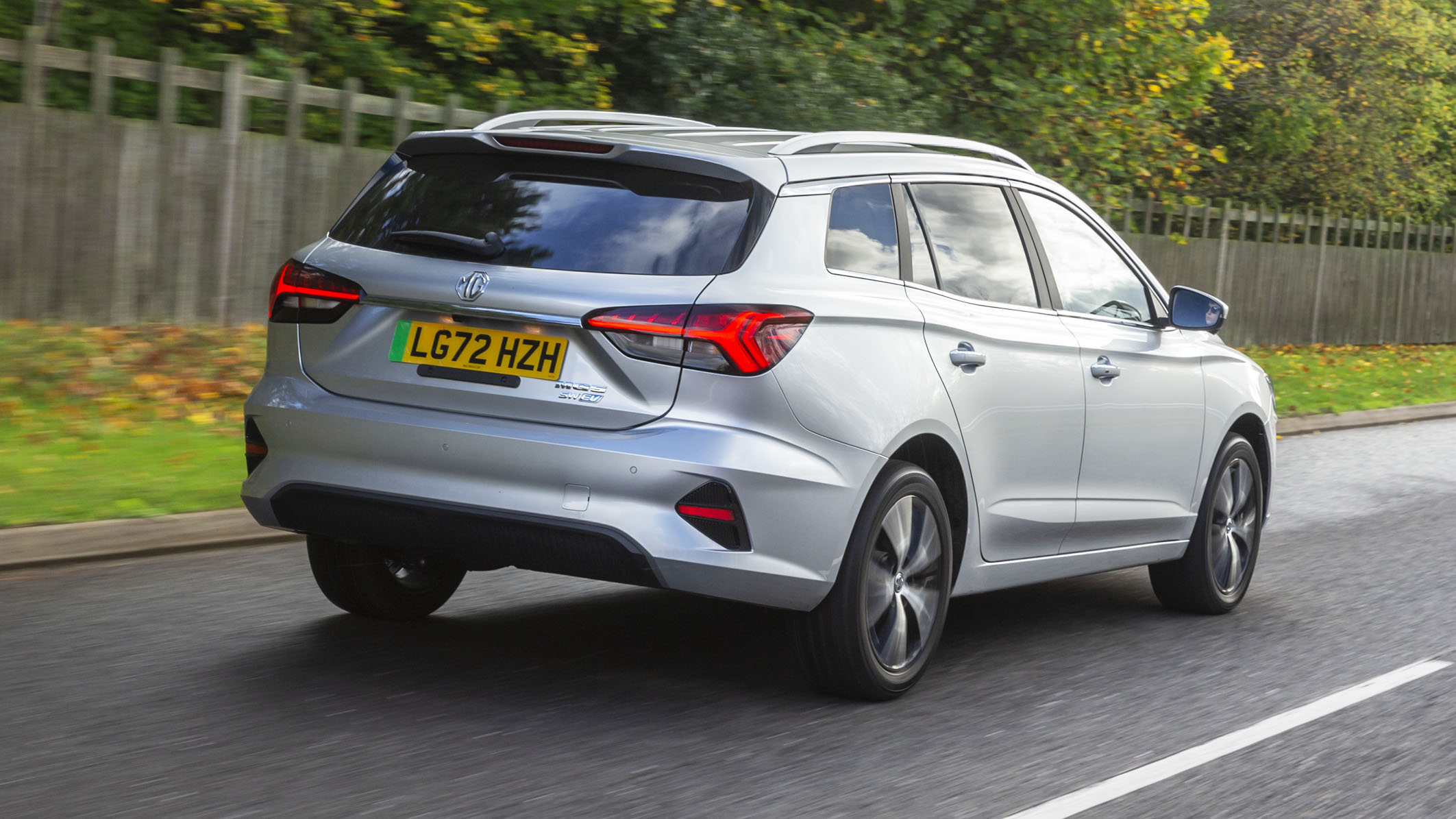 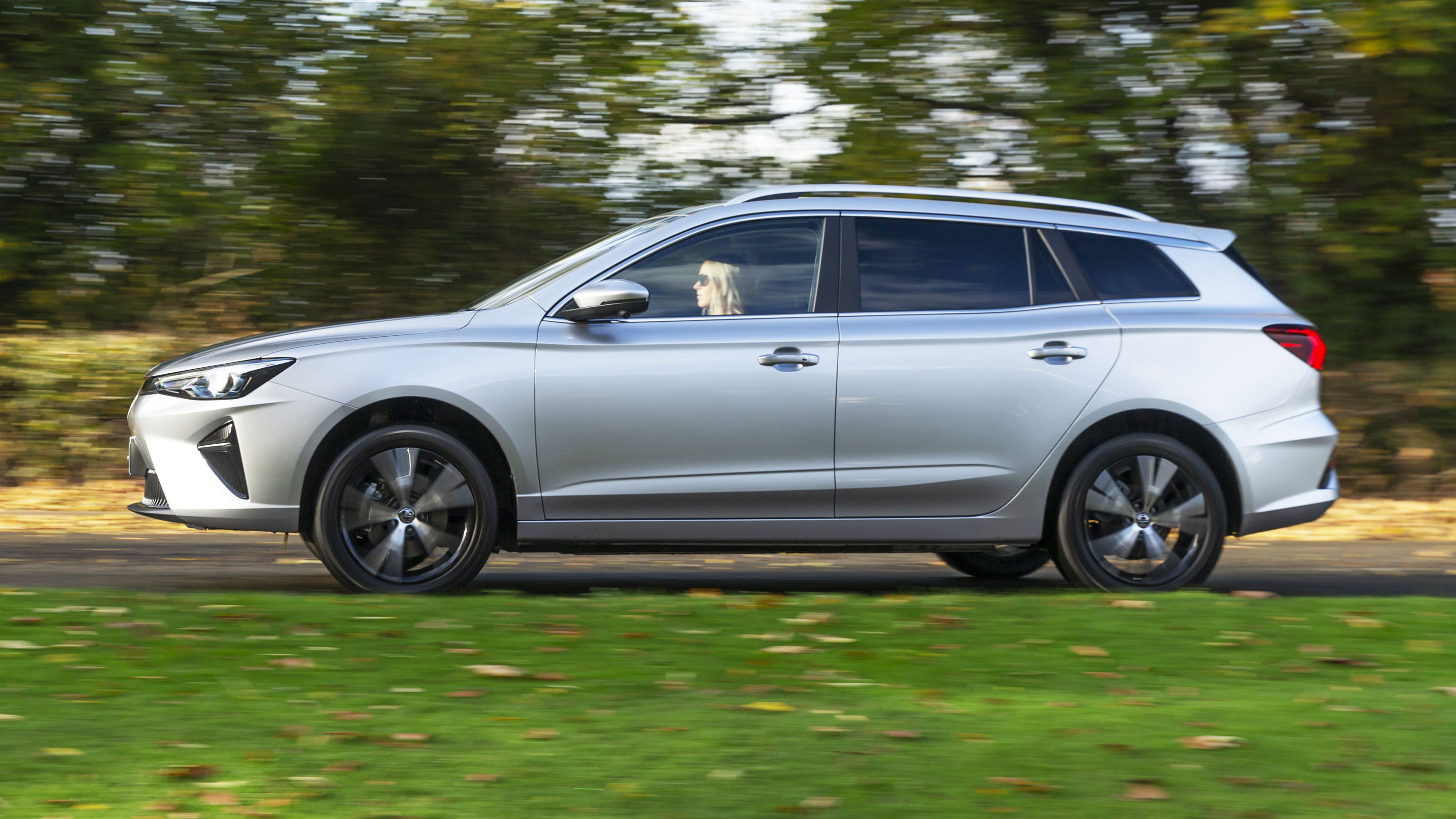 Prices have bumped up a bit, ride on the 17s not as plush as it could be

The biggest and most obvious change to the MG5 in this iteration is that MG - or more accurately the Chinese parent company SAIC - have let some actual designers loose on the car. The last one looked like someone just had at it armed with a photofit of several other manufacturers models. The basics haven’t changed, so you still get a slightly awkward high-riding estate in side-profile, but the front and back have had a good clean up and are the better for it. More in line with the MG4, and that’s no bad thing. It’s a five-seat estate - not common in the world of EVs - packing a 61kWh battery (57.4kWh useable capacity) good for 249 miles of official WLTP range. Two grades, SE and Trophy, with differing levels of kit, with the SE starting at £30,995 and the Trophy £33,495, a bit of a bump from the last model, but still good value.

Well, at the front there are slim LED headlights bracketing a clean-shaven grille, with the charge port in the middle. The MG badge has migrated onto the bonnet, and there are some pleasing vents and creases. Cleaner than before, more modern, and the better for it by some way. The rear has also been tidied up with LED lights and a new bumper, giving the impression that the designers actually all talked to each other about this car - the last version felt like it was designed by committee down a particularly bad phone line.

What about the inside?

Again, it’s a much nicer place to be. The last MG5 was fine, but you always got the feeling that you were in the budget end of the spectrum, and the cabin basically felt a bit dated from the day it arrived. This time things are different - you’re still aware that this isn’t a 50k car, but now there’s some flow to the interior. A 10.25-inch touchscreen in the middle (with a driver’s display up front) with some big, oft-used buttons underneath, a large central spar that houses the rotary gear selector and electric handbrake, storage in useful places. If a car could be said to have better Feng Shui, then this is it - it feels calmer and more modern, without feeling like it’s trying too hard. Materials are good but not great, kit list is high on the Trophy version we sampled. Oh, and the versions now ape the MG4: SE and Trophy, both with the larger 61kWh (gross) battery and a potential WLTP range of 249 miles.

This is great! Have they sorted the excitement?

Not really - the MG5 isn’t that kind of car, so there’s no point making it fun for Chris Harris at the TG test track. There’s 154bhp and 207lb ft on offer, all through the front wheels. The 0-62mph time is down by a bit (to 7.3 seconds) thanks to some re-mapping of the motor, but it’s a marginal gain. Still, the MG5 is more than capable of keeping up with normal traffic, and can even feel sprightly: it’s not the most dynamic of things, but it also gets around a corner. Be aware though, the Trophy spec gets 17-inch wheels, and they harm the ride - it’s a touch firm on a back road with a busy surface - we suspect the SE with the surprisingly good-looking 16-inch rims might be a better bet.

With the MG5 range running from the SE at £30,995 and stepping up to the Trophy £33,495, there’s still a lot to be said for a solid small electric estate - even more so now that it’s got a dash of style. The lift in price is somewhat offset against more design, a nicer interior and some decent kit upgrades, too. With 87kW DC charging, it’s not going to be a particularly rapid long-distance hauler, but that’s enough for most, especially if you do the majority of your charging at home. Which is where it’s also the cheapest. You’re looking at 35-ish minutes on a big public rapid 10-80 per cent, just over an hour on a more common 50kW.

With a WLTP range of 249 miles - which probably means 190-200 miles in the real world - it carves itself out a decent niche in a world filled with pseudo-SUVs with electric powertrains. In fact, there aren’t really any other electric estates out there unless you count the Porsche Taycan Turismo, and that’s a little bit more pricey.

The interesting thing here is that MG/SAIC seem to have reacted quickly and efficiently to criticism of the original UK-MG5 and addressed 90 per cent of the issues. It feels as if we’re being listened to. Another solid effort from MG.