£258 p/m
External link to
with Leasing.com
Read why you can trust our independent reviews
Top Gear Team
Published: 25 Aug 2022
Skip 14 photos in the image carousel and continue reading 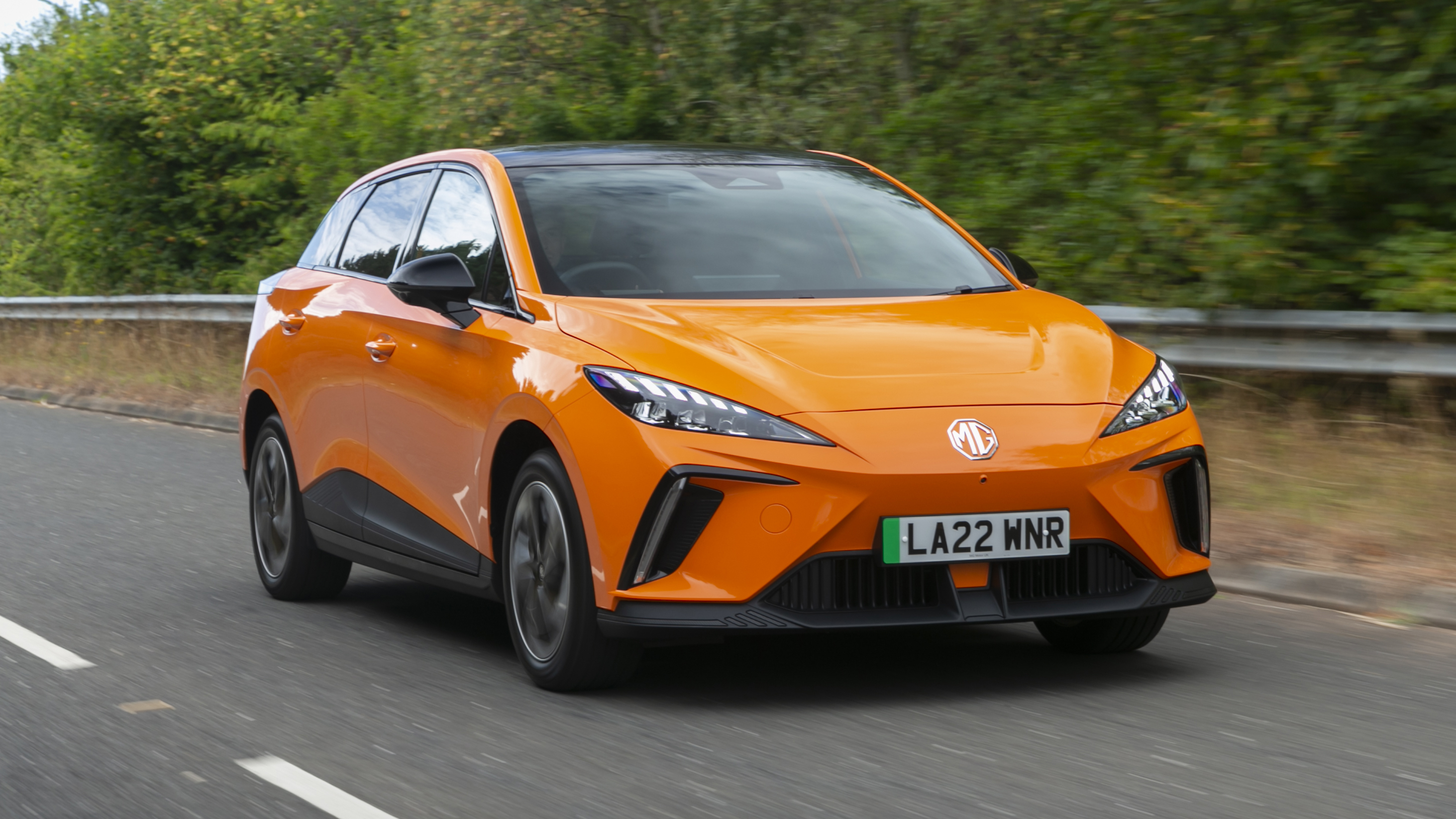 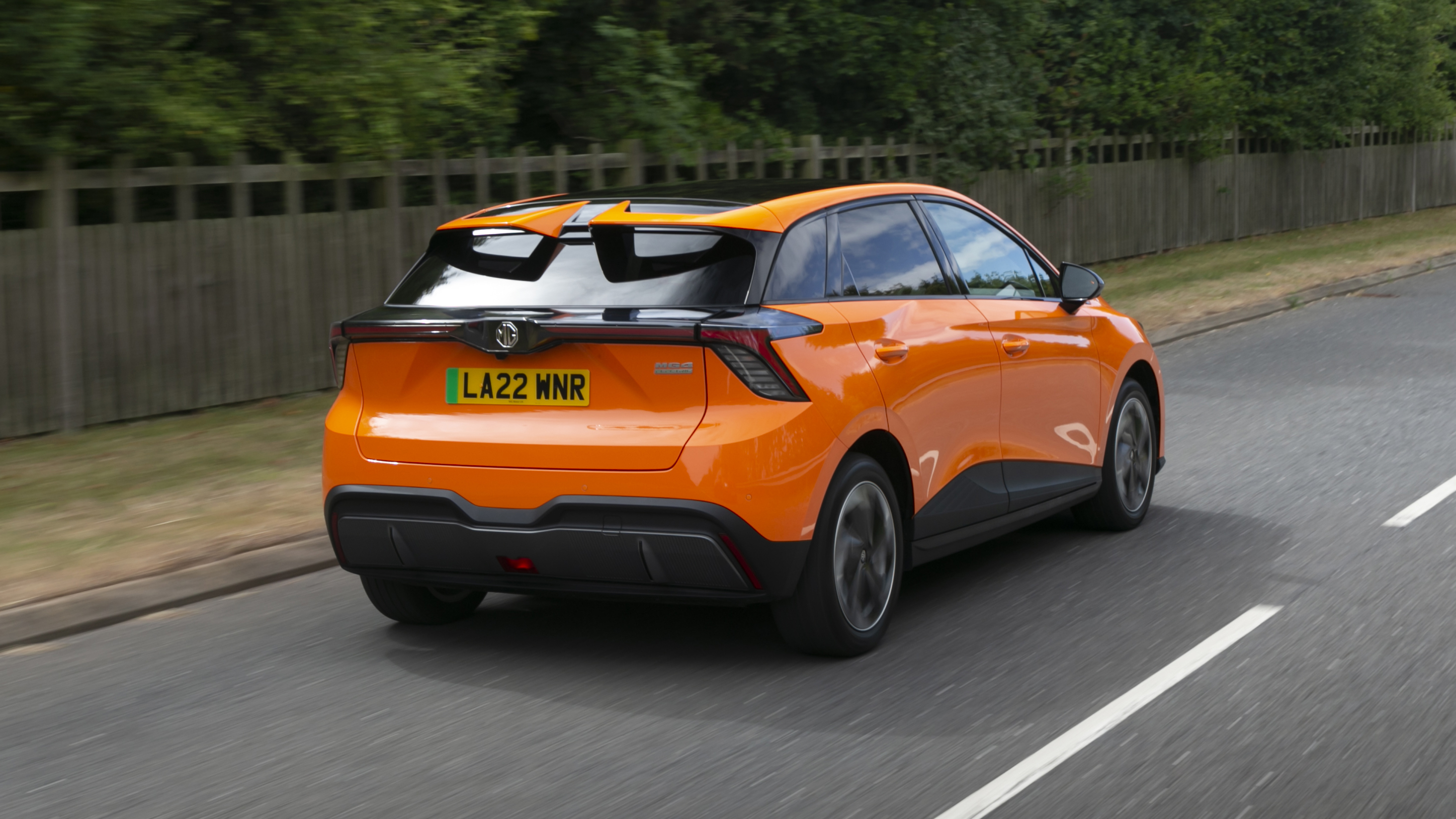 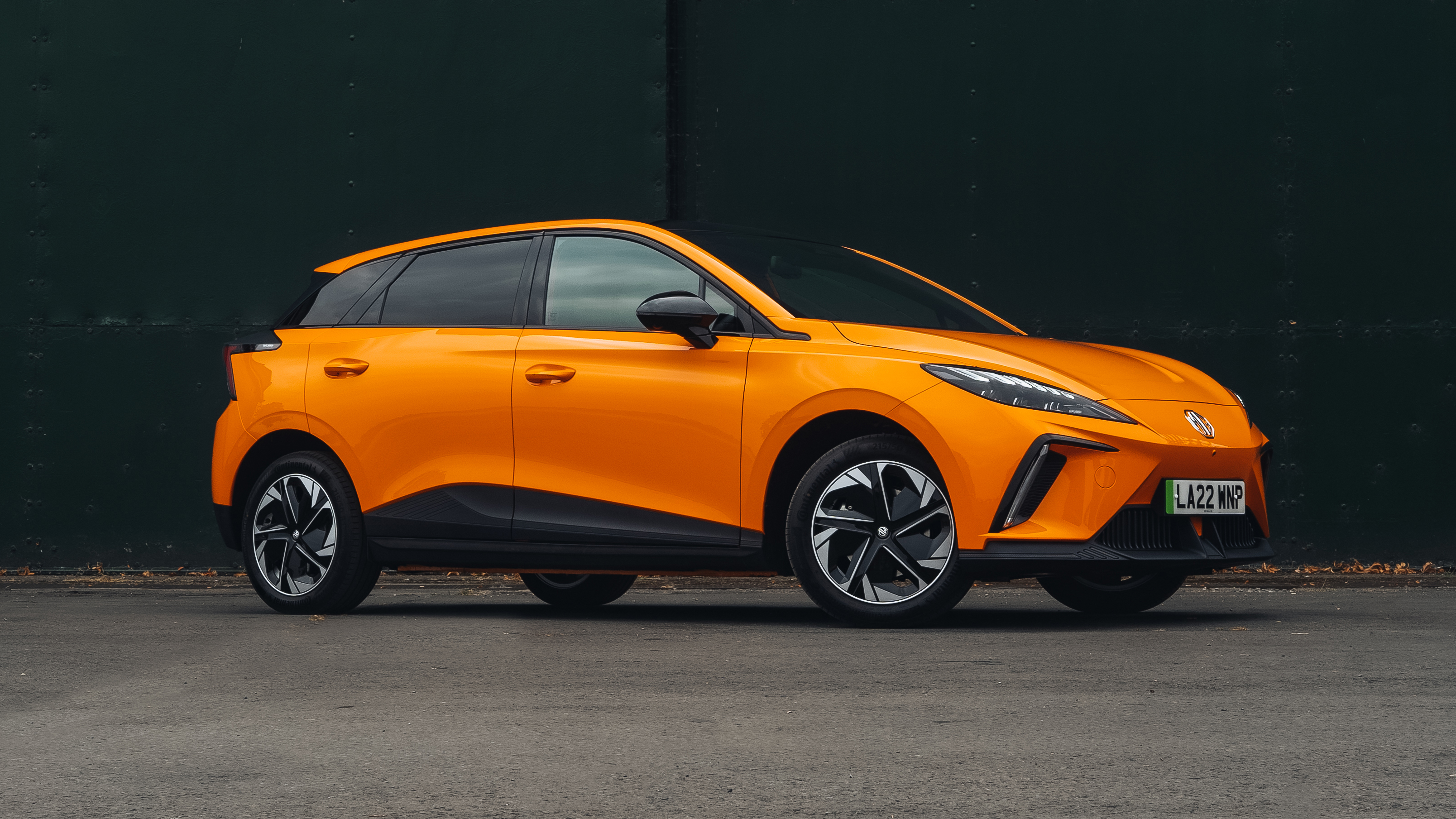 1 / 14
Advertisement
“The MG4 brings range, equipment, zippy dynamics and style to the small electric car party. Why spend more on something else? ”

Remember we said the MG ZS EV and MG5 looked a little dull? Well MG took the hint and decided that having cars that were sufficiently styled so that you could remember what they looked like was something it could work with.

Is this just a re-skin of something old?

Not a bit of it. The MG4 is based on SAIC’s (the Chinese parent company) MSP (Modular Scaleable Platform), which requires the use of lots of sets of brackets (in an article). It’s a bit like VW Group’s MEB platform, where you can spin different kinds of cars and vans off the same basic skateboard. Different battery sizes, dual motors; it’s all possible.

The basic structure is a rear-wheel drive, rear-motored set-up, and the MG4 is the first one we’ve had a go in using this setup. It’s already on sale in China where it’s called the Mulan, and it's a five-seat pure electric hatchback that doesn’t go too far down the SUV route. Yes, it’s a tad taller than a combustion-engined hatch, but not so much that you’d really notice. And interestingly, when you have a good look at the dimensions, pretty much identical in size to the Volkswagen ID.3. We’re saying nothing…

It might not be jaw-dropping to look at - there’s shades of Nissan Leaf and even Kia EV6 in there somewhere - but certainly leagues ahead of what we’ve seen from MG thus far.

So what are the options?

Easy. There are only three models at launch, so it’s not a hugely complicated proposition. There’s a Standard Range base SE with a 50.8kWh battery and 217 miles of range (168bhp, 184lb ft) that weighs in at the headline £25,995. Then two long-range versions: SE and Trophy.

The Trophy is just a bucket list of equipment and some body styling, with slightly less range than the SE Long Range (270 miles) because that cool doubled-up rear spoiler drags a bit, and the extra kit is heavy. That’s pretty good in terms of the market, and plenty for most people.

That all sounds grand, but the weak spot is surely charging. Right?

Nope. All cars get 7kW AC charging (which is only ok), but the Standard Range SE comes with 117kW DC (which is good for a smaller-batteried car) with the longer-range versions coming equipped with 135kW DC. That’s likely just over half an hour for a 10-80 per cent charge on a big enough public rapid charger, well up with the competition. You’ll have to try harder.

There must be something wrong with it?

Not much, to be honest. It rides and drives very well (more on that in the Driving section), comes with a decent slug of standard kit (although the greater proportion of the advanced driver assistance systems appear on the Trophy), and most importantly - although very boringly - has immense residual value.

Why is that important? Well, the MG4 has predicted residual values in the same vague stratosphere as the Porsche Taycan (though not quite as good as the Taycan Cross Turismo), which means that it’s a very good bet on a lease. The base model weighs in at £300 a month with four grand down and 10k miles a year, the SE LR £350 and the Trophy around £410. That’s very attractive for an electric car, and allows you to make savings on the juice you put into it.

MG really has played a bit of a blinder here: where ‘legacy’ manufacturers are busy making electric cars expensive, MG has thrown a large cat among the pigeons. With an equivalent VW ID.3 costing over £36k, a Long Range SE MG4 at £28,495 (with more kit and arguably a nicer drive) is only limited by badge-snobbery. Oh, and MG reckons it can actually supply cars, which is not a small thing given how long lead times tend to be in the industry right now.

There are issues, but they feel nit-picky: so the seats are a bit narrow for bigger people and under-padded; you can hear the suspension booming on certain surfaces (though the ride is good); some of the buttons are a bit cheap and the infotainment stuttered a couple of times while we had the car. But honestly, when you’re worried about the little things, it means the big stuff is covered. We’d like to do some proper real-world range and charging tests, but it all seems up to snuff so far.

What’s it up against?

As well as the ID.3, you’ve got the Peugeot e-208 and Vauxhall Corsa-e Stellantis siblings, plus the Renault Zoe (or maybe the Megane E-Tech Electric), Mini Electric, Honda e, Nissan Leaf and (recently deceased) BMW i3 in the small electric car segment. The MG4 has found a niche among that lot and exploited it brilliantly.

“When you dig into what the MG4 does for the money, it's probably the only car in the class to recommend”

On the face of it, the MG4 doesn’t seem like a very exciting car - certainly not something Top Gear would give a massively high score to. But when you dig into what it does for the money, how high it scores on multiple levels, it’s probably the only car in the class to recommend. It’s got range, charging, equipment, zippy dynamics and now some style.

Okay, so that last bit is entirely subjective, but in a world where electric cars always feel like marginal value, the MG4 does not. It’s a wake-up call to mainstream manufacturers. And yes, as other cars come to market and improve, the MG4 will become a harder sell. But for the next 18 months, MG is going to shift as many of these things as it can physically get into the country. If competition improves the breed, you’re looking at the catalyst for better value EVs for all of us.