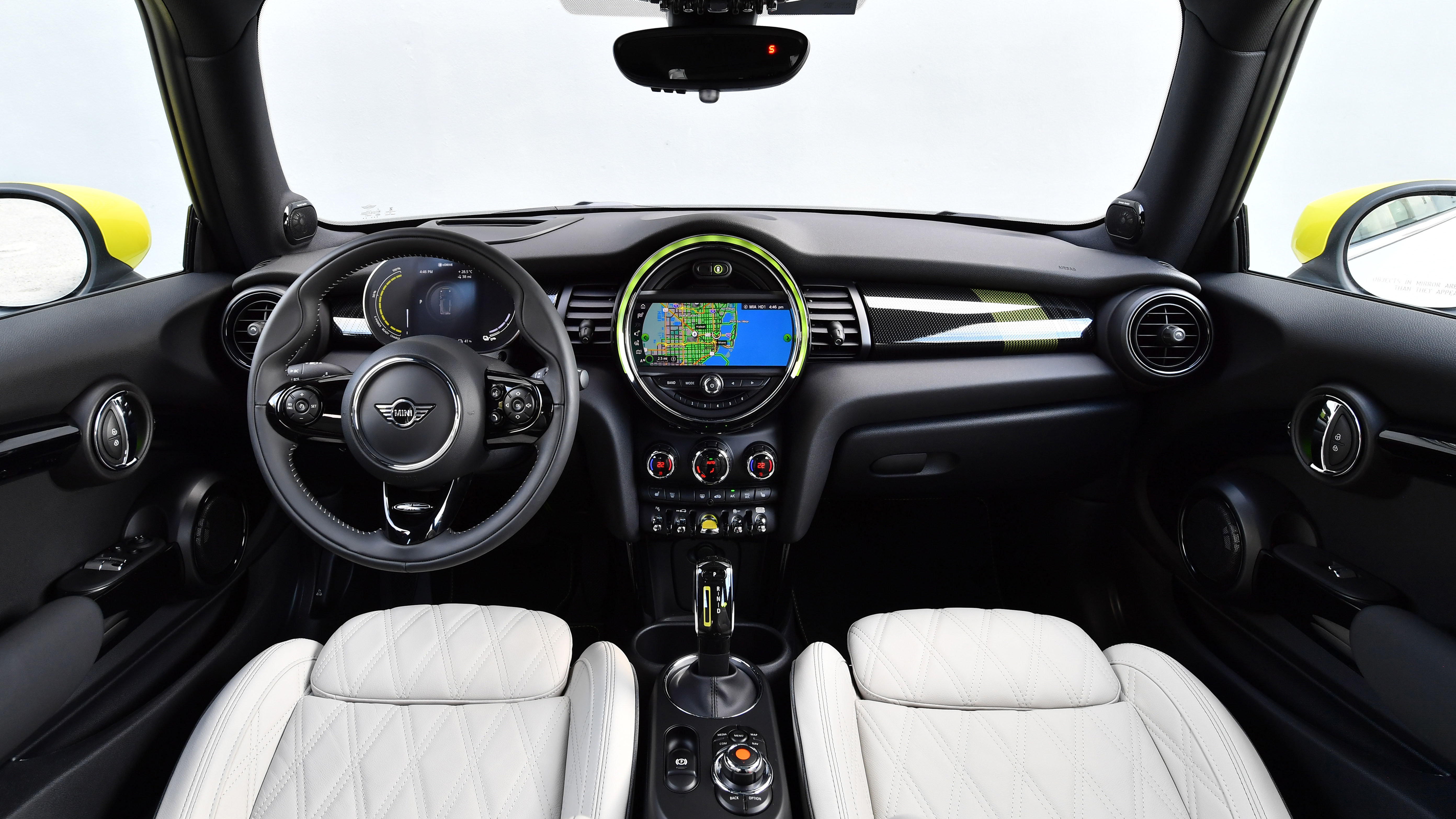 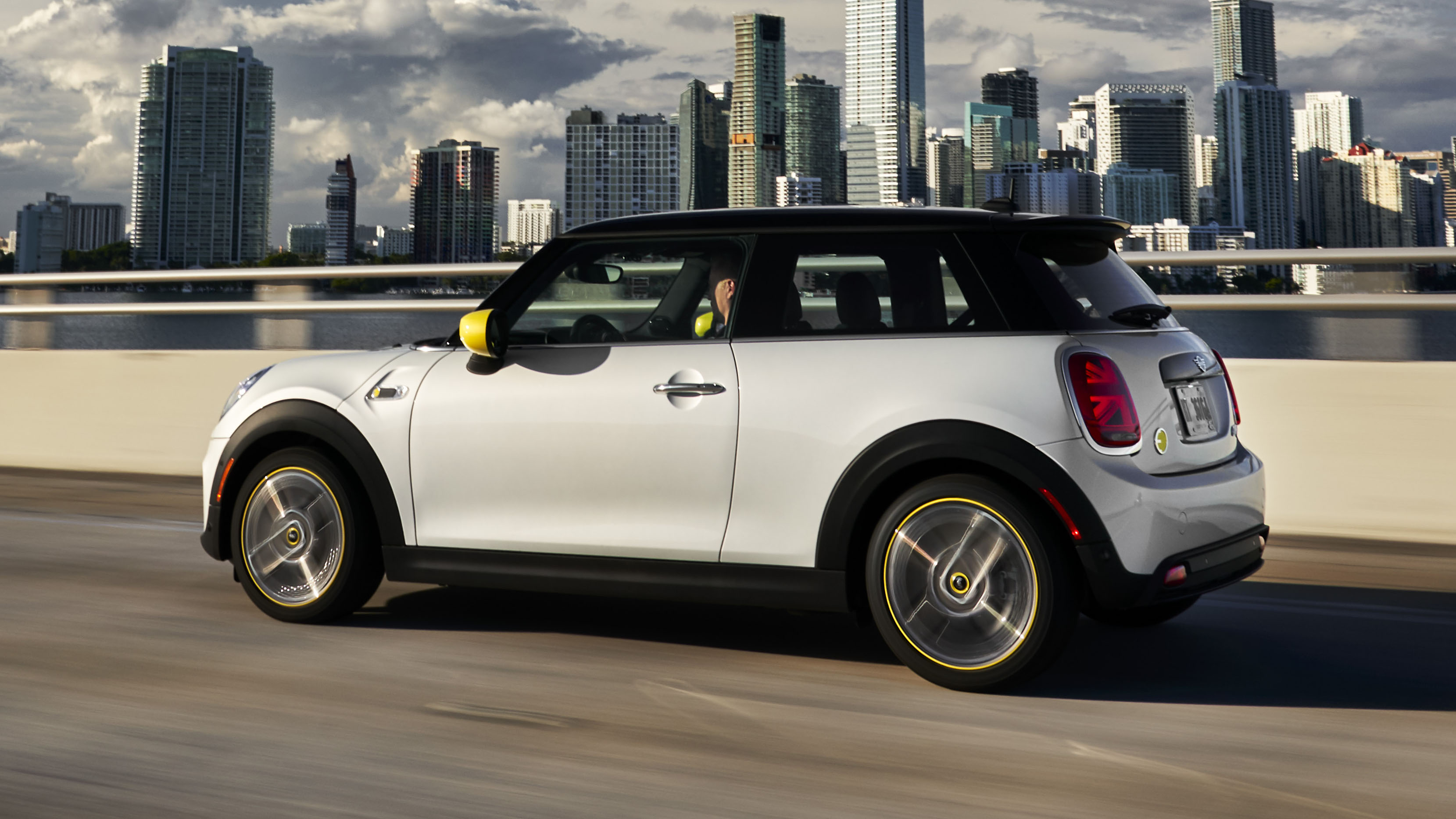 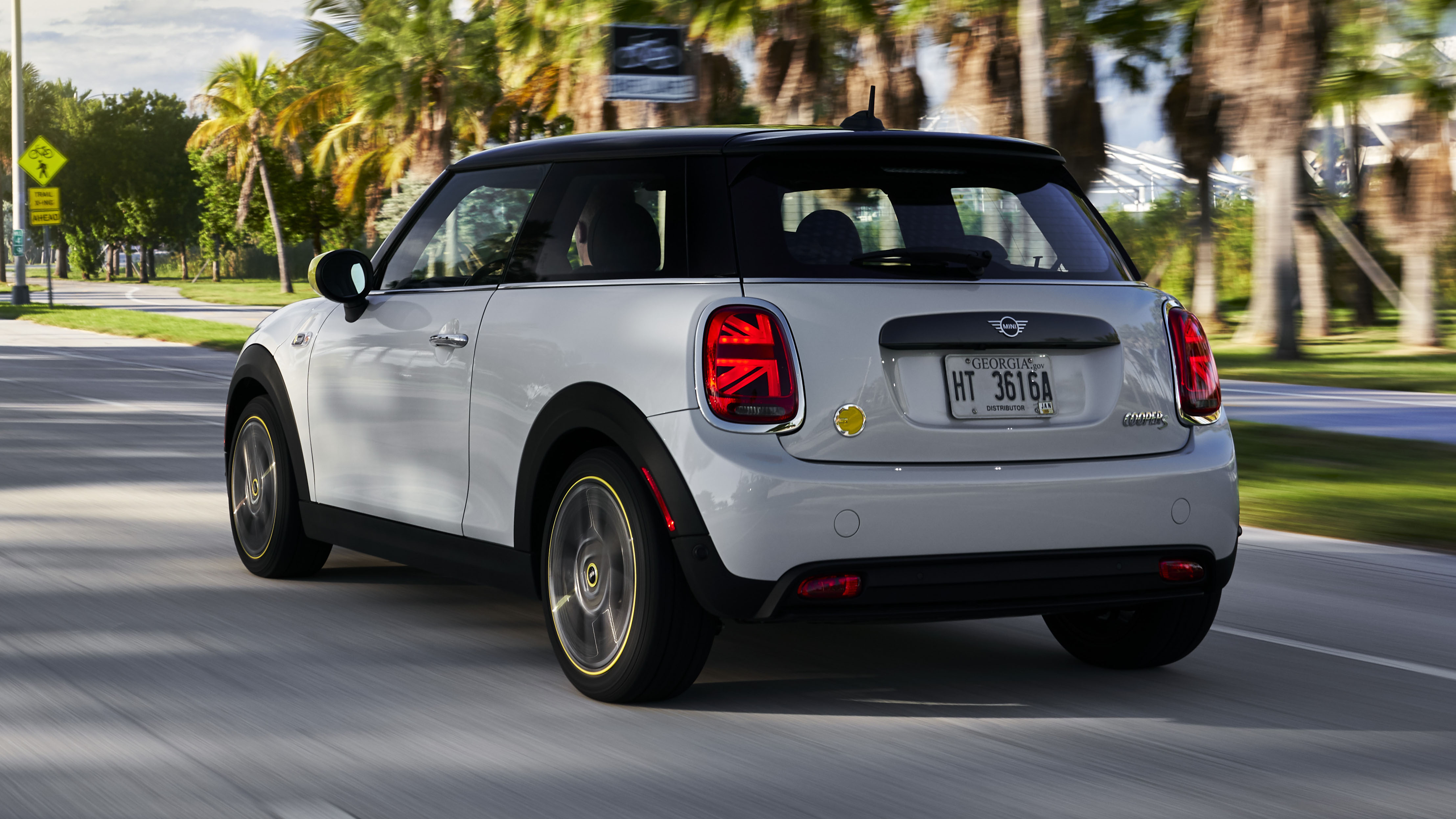 Mini claims the Electric / Cooper SE will do between 124 and 144 miles on a charge. On test – a temperate day in Miami traffic with the air-con on and braking re-gen set to ‘very’, a full charge claimed 121 miles was on hand.

After 23 miles, 84 per cent charge remained, with 90 miles the claimed range. Another 37 miles later, charge dropped to 75 per cent. In city traffic, with the occasional squirt off the line from 0-30ish flat out, the car claimed consumption of 4.8 miles per kWh. That’s pretty efficient, and with a 32.6 kWh battery on board, would indicate the day’s range at over 150 miles.

That serves to reinforce Mini’s point that, if you use the Mini Electric as an urban runabout with some useful insta-go performance, it’ll actually last long enough for a week’s worth of commuting. If, on the other hand, you want to do a track day, you’d best bring a generator with you.

So, to charging. As standard, Mini supplies the car only with a household three-pin socket-compatible lead, which will be enough to keep a mid-charged car topped up overnight (on cheap-rate electricity, if you can swing that tariff) but for quicker recharges, Mini will charge you extra for a wallbox. This, plus the 11kW cable, allows for a full recharge in 3.5 hours, or from empty to 80 per cent in 2.5 hours. If you can find a fast-charge station that’s operational (over to you, UK network providers), then nought-to-eighty per cent takes 35mins. Most likely, the Mini Electric will be a second car to a household already furnished with a PHEV estate or SUV-type car, so the Mini can suckle at the wallbox when the bigger family car isn’t being charged.

And so, to the price. Does anyone look at the RRP of a car these days? Not likely. The Mini Electric’s sticker price starts at £26,000 for the most basic '1' trim, a figure which has had the government's £2,500 plug-in car grant lopped off it.

The mid-spec ‘2’ version (£28,000 after the grant) adds seats that’ll warm your bum (rather than the other way around) and parking sensors and a reversing camera, so it’s a tad less clenched. A head-up display, premium hi-fi, the cinematic touchscreen and matrix-beam LED headlights arrive on the ‘3’ spec model. For £32,400, including the subsidy. The top-spec 'Collection' edition costs £32,550, and adds Harman Kardon speakers and a multi-tone roof.

Mini’s famously healthy residual values ought to make for competitive leasing deals, and the signs are that this is much more than a woke eco-footnote in the range. It’s here to make money. And that’s why it’s nowhere near as radical as the BMW i3...

Oh, and if you don’t like the vivid highlights, you can delete them at no cost. The three-pin socket-style 17in wheels, that no-one apart from Brits recognise as a plug-in motif? They’re an option – 16s are standard.