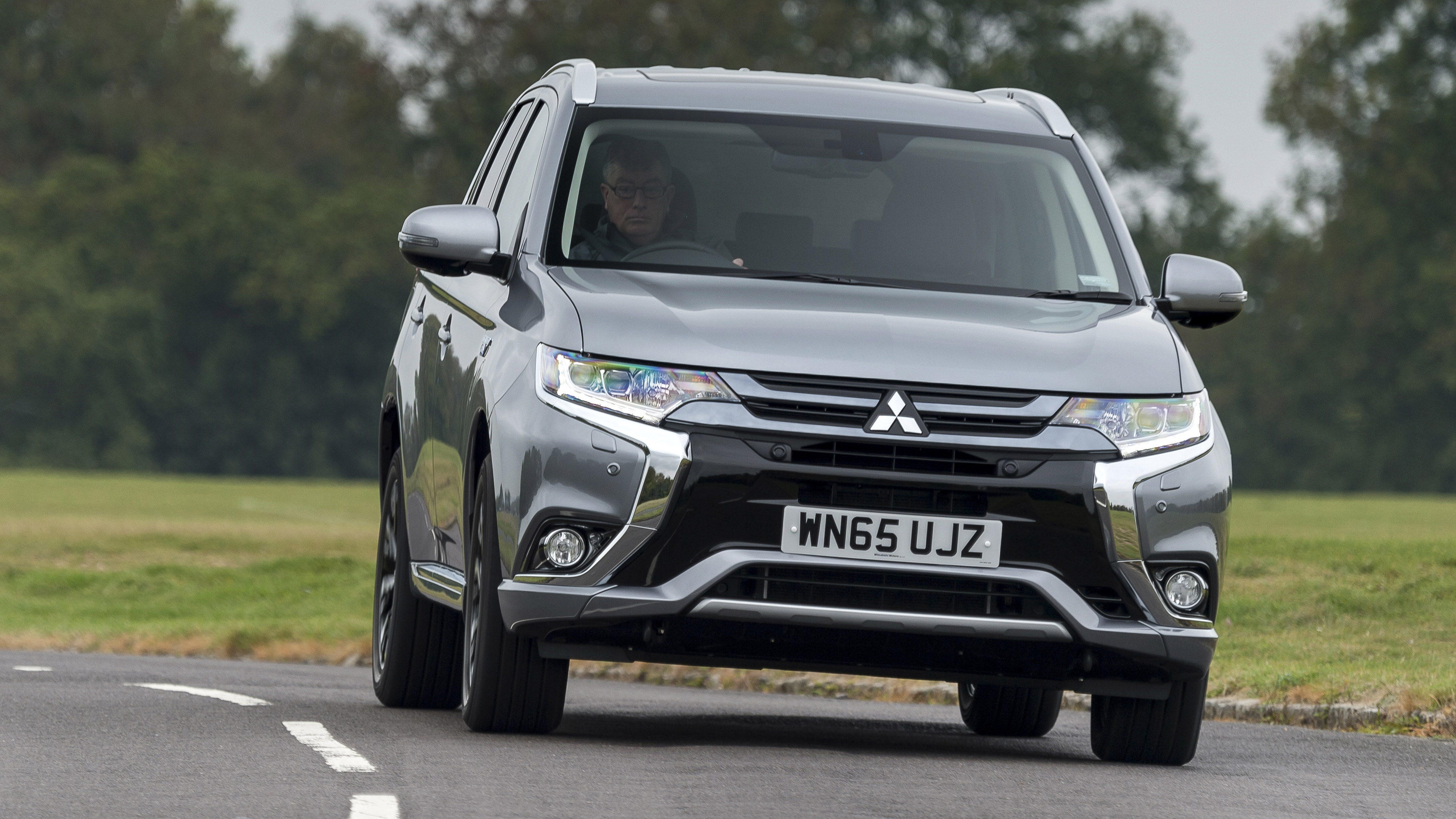 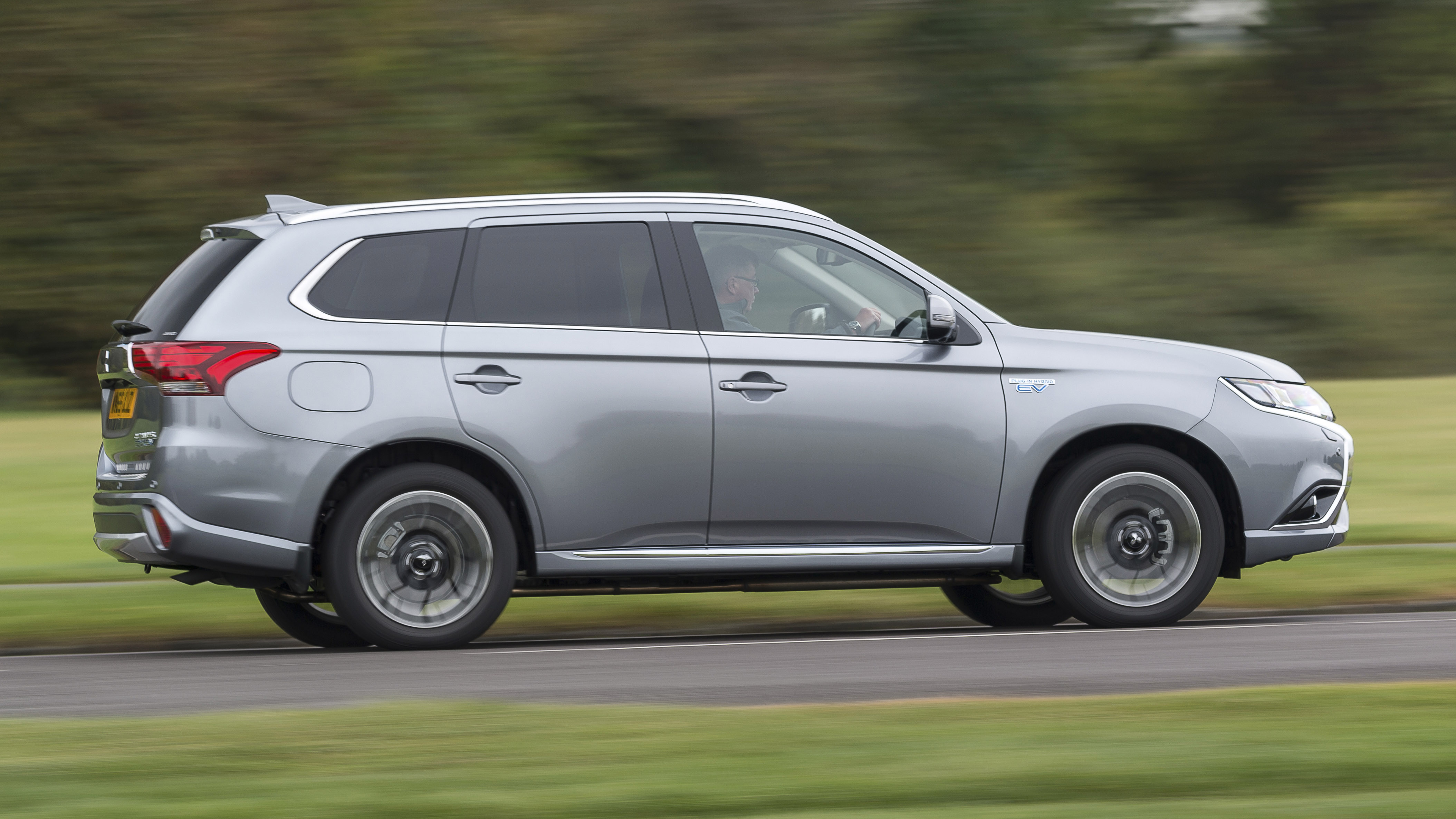 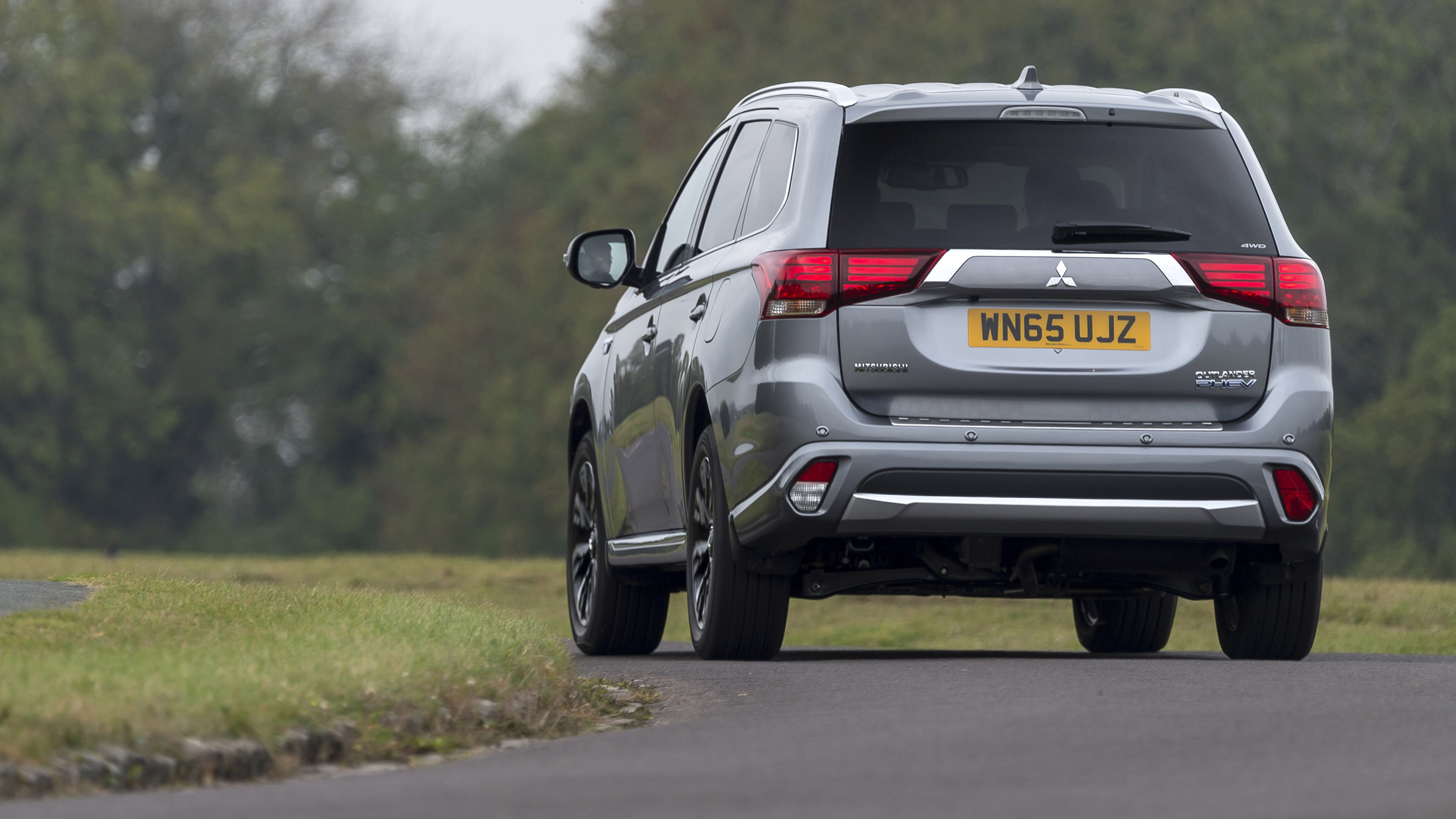 It’s Mitsubishi’s updated Outlander PHEV, a plug-in hybrid SUV that, according to the official figures, now offers no less than 156mpg and no more than 42g/km of CO2.

Of course, we all know the official test cycles don’t really work when it comes to plug-in hybrids, but the Outlander PHEV – pronounced, we discovered, ‘pee-aitch-ee-vee’, not ‘fev’ – remains, on paper at least, quite the eat-cake/have-cake proposition.

With an all-electric range of 32 miles, this is, potentially, a burly five-seat 4WD that can function as a full EV during the working week, but won’t leave you with range anxiety if you have to schlep to John O’Groats of a weekend.

But you weren’t too impressed with the Outlander PHEV first time round, were you?

When we drove the original plug-in Outlander 18 months back, we admired the concept but were less taken by the execution, particularly the petrol engine’s refinement – or, rather, lack thereof.

The fact this refinement-upping facelift has arrived just a year and a half later suggests we may, for once, have had a point. Though the PHEV’s hardware remains identical to before – a 2.0-litre, petrol engine up front, plus a 60kW electric motor on each axle fed by a battery pack under the boot floor – it’s now all wrapped up in a rather smarter package.

Yes, the Outlander has a pointer new nose, a smarter cabin and a host more kit on board – LED headlights and a 360-degree camera on the niceties list – but the real work has been on reducing noise, vibration and harshness.

The suspension has been revised, with more sound-deadening and thicker glass added for good measure. Mitsubishi’s also worked hard on aero: without the growl of an internal combustion engine to mask wind noise, the body’s been tweaked to smooth air flow around the mirrors, door seals and pillars. 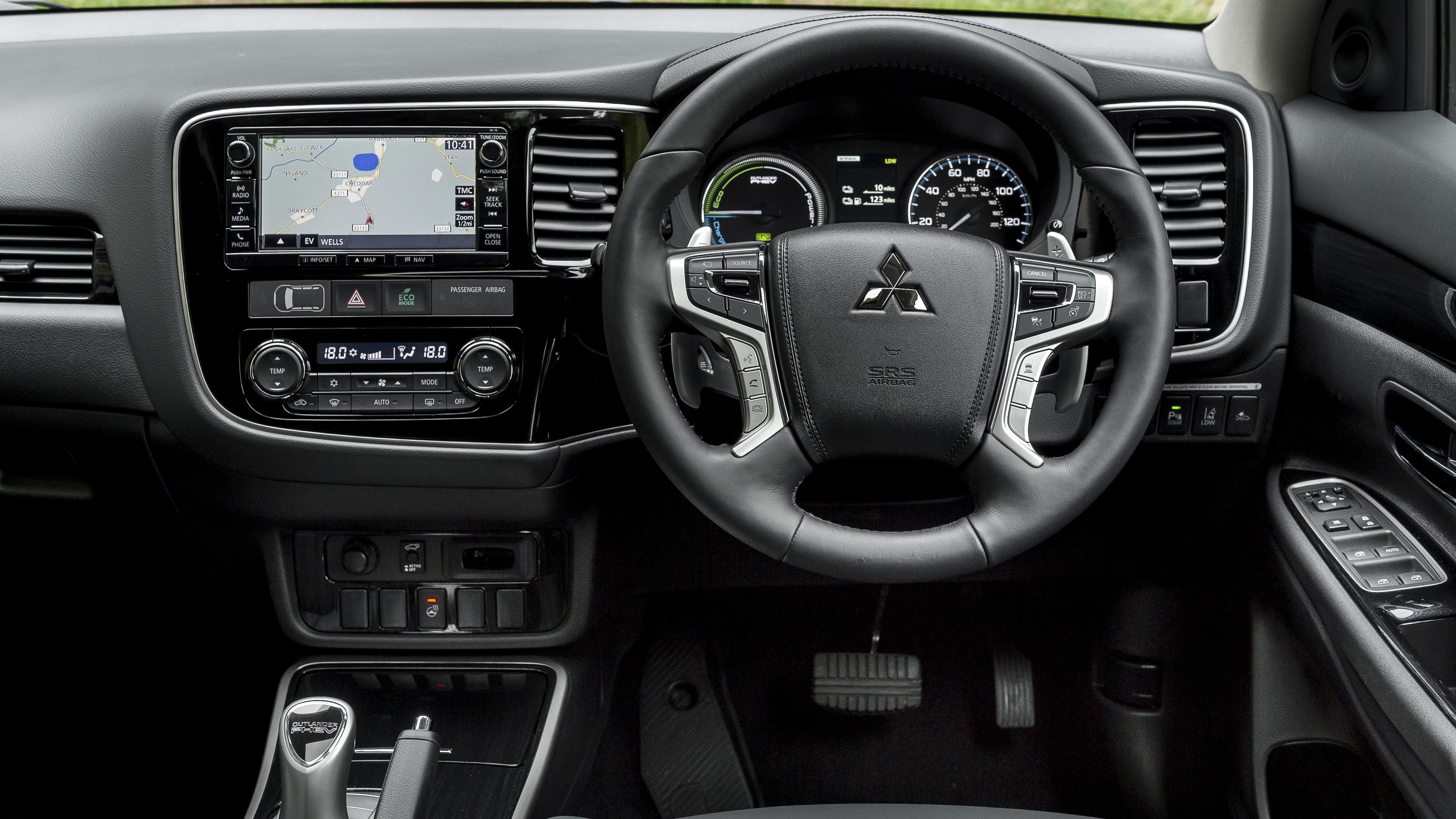 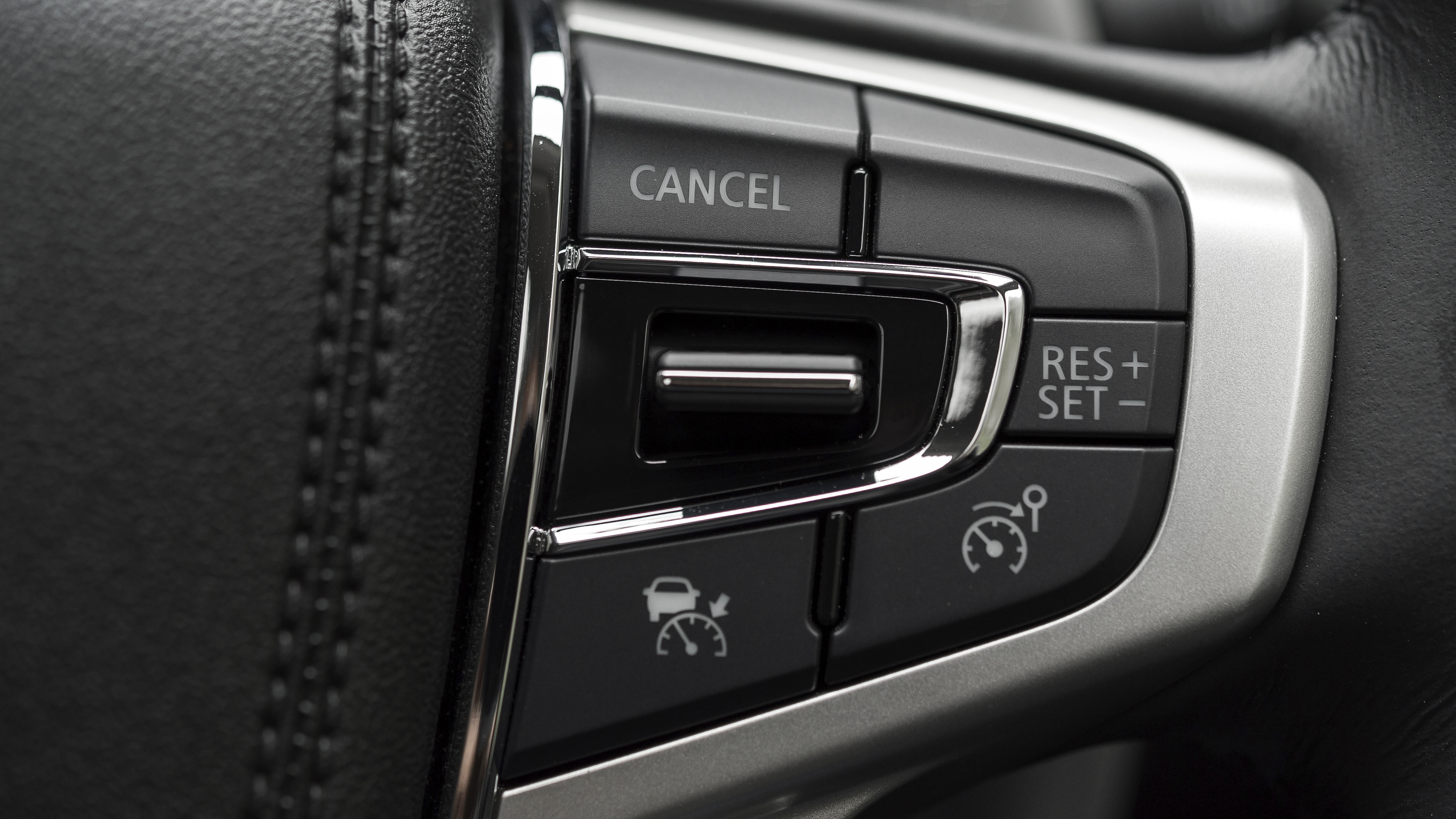 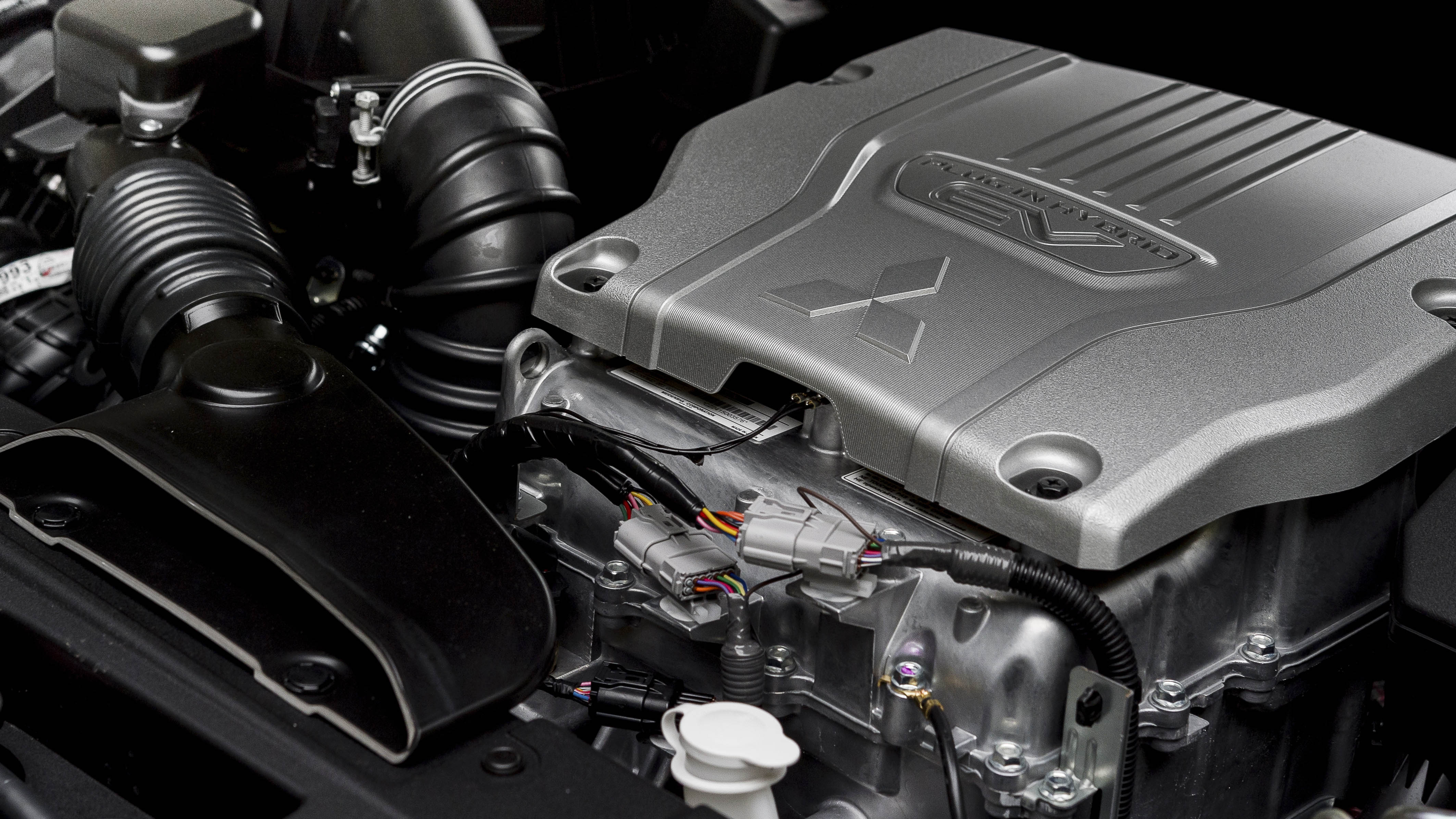 The Outlander PHEV is now a noticeably more pleasant place to spend time. Around town, in EV mode, it’s as quiet as a very quiet thing, wafting in electric silence and riding neatly but without wallow.

There’s still a slightly irksome CVT slur to the petrol when it kicks in, but the engine noise is no longer intrusive – and besides, in most city driving, the combustion engine barely engages. You’d never think you’d slipped into a Rolls Phantom by accident, but the Outlander is now an entirely competent modern SUV, just one with the potential for a zero-emissions commute.

It’s a bit nippier, too. Those same software tweaks that have marginally improved economy and lowered CO2 also make the facelifted Outlander a hefty two seconds quicker to 25mph than before. If the Ariel Atom achieved the same improvement, it’d be capable of time travel.

Even with a bit more leather and lux in the cabin, it’s still no Discovery Sport on the inside, but then the Outlander is a hefty chunk cheaper than the Land Rover. And you don’t have to pay to drive it in London’s congestion zone, which is rather helpful if you live in London’s congestion zone, but rather less helpful if you live in, say, Northumberland.

With the government’s £5k electric car grant, the PHEV weighs in at exactly the same money as the Outlander diesel.

Only a few scant months ago, we’d have trotted out our traditional ‘but for most of us, the diesel will make more sense’ line. But the Great VW Scandal of 2015 might lead plenty to wonder whether diesels are quite the green solution they once seemed.

As ever with plug-in hybrids, it’s a question of whether the slipper fits. If you’re regularly pounding out 100-plus miles in a stint, the Outlander PHEV isn’t the car for you. But if you’re commuting 20-odd miles a day, can charge a car on your driveway overnight and need something that’ll get across a moist field at weekends, the newly domesticated Outlander PHEV might prove a neat-fitting eco-welly.