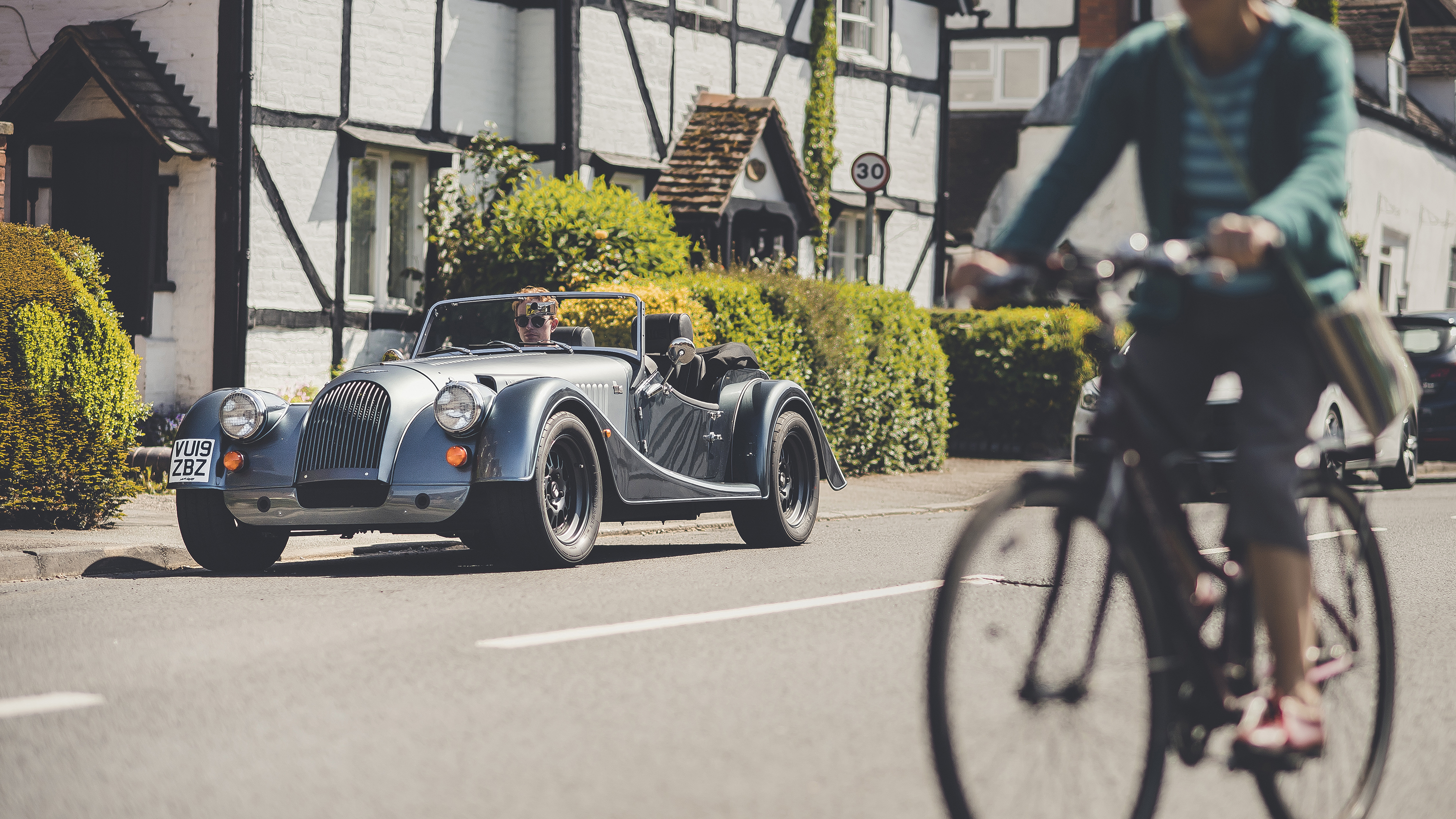 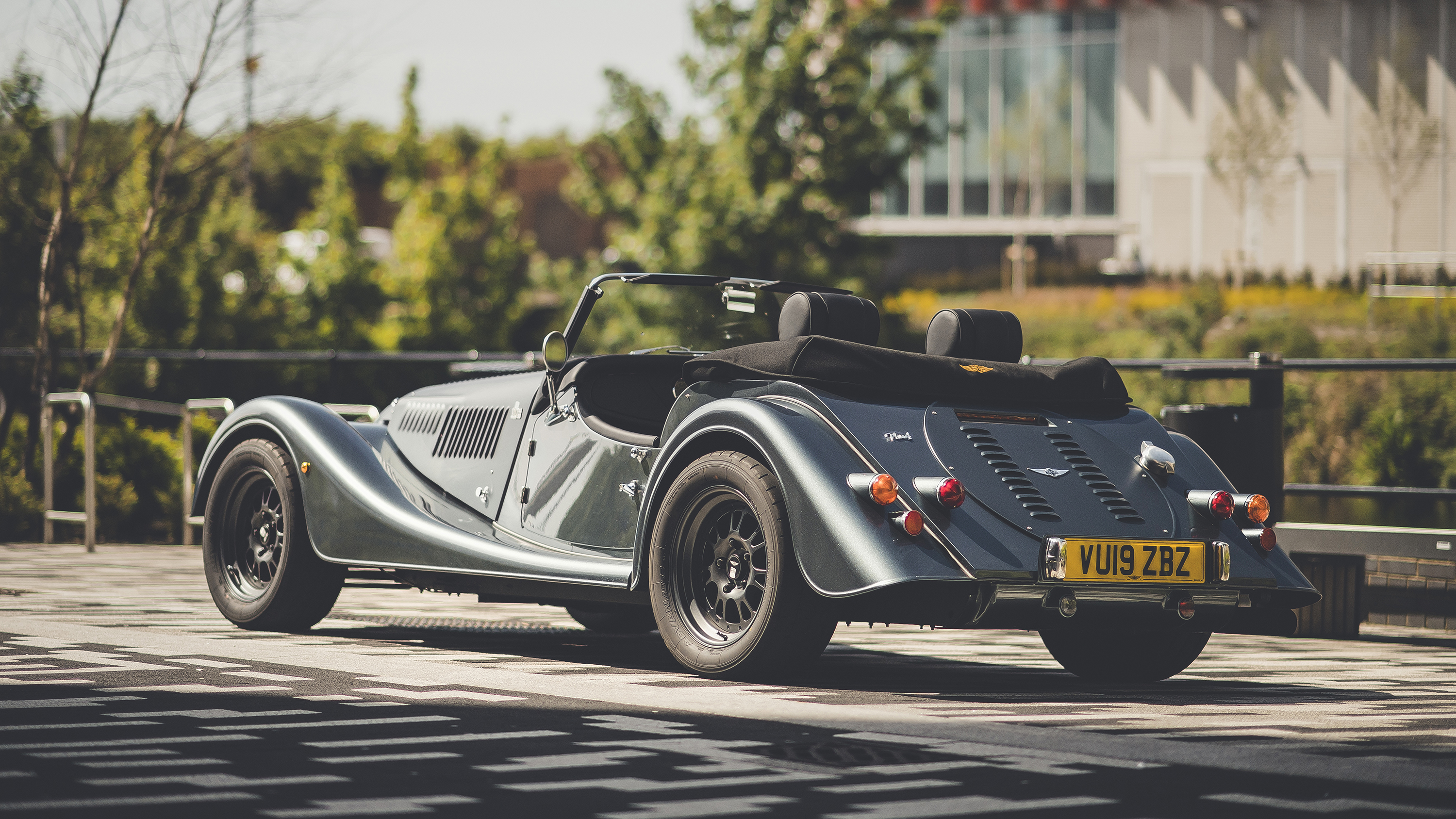 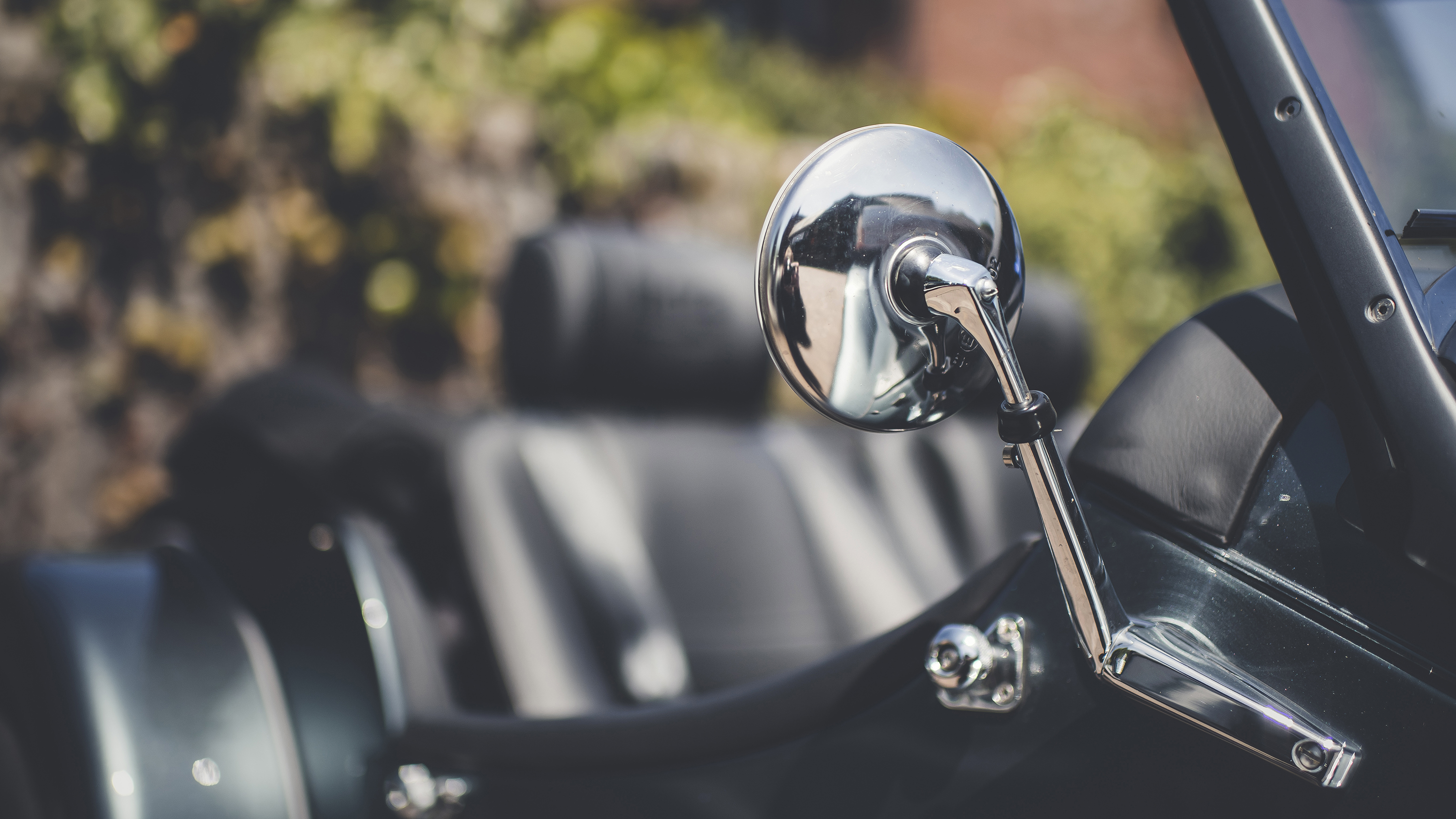 1 / 16
Advertisement
“Judged appropriately, the Plus 4 is a charming tonic to the grumpy, cynical modern world ”

Road driving gets no more involving. Charm to spare

Little finesse or practicality. Can get pricey

A step back in time. It’s the Morgan Plus 4, the bleeding heart of the Malvern sports car company’s range. Sure, the V8-powered Aero cars and outrageously esoteric 3 Wheeler usually garner all the attention, but it’s this modestly powered classic that makes the money and sells in the biggest numbers.

We say ‘classic’, but it’s a brand-new car, built specifically to your own bespoke order. Morgan puts out the odd special edition – pictured is the 110 Works Edition, celebrating the company’s 110th anniversary – but beyond those, no two Morgans trundle along the archaically hand built production line alike.

Which is surely a vast part of their appeal. As is just how blooming antiquated the Plus 4 looks and feels. Prepare to be cheerily let out of every junction, not to mention smiled and waved at by proper vintage car owners, who’d no doubt be flabbergasted to learn your car has only just been registered, and appalled it meets the modern emissions regulations that may soon bar gorgeous old classics from our cities.

Prepare also for putting an awful lot of effort and concentration into merely making your car move, let alone ‘handle’. But also prepare to be completely cast under the Plus 4’s spell. It is the motoring equivalent of those walk-back-in-time living museums. Quite how much you relish shelling out for a day browsing cobbled streets and discussing wartime Britain is probably a good barometer of how much enjoyment you’ll extract from driving a Morgan.

The four-cylinder Morgan comes in two reasonably similar flavours: the 110bhp 4/4, or the wider 154bhp Plus 4. More accommodating and with slightly more modern performance, the latter sells in greater numbers, though if it’s heritage you seek, the 4/4 has been on sale since 1936 and is surely the one to go for.

The Plus 4 ought to sneak into your life that little bit easier, though it doesn’t have much in the way of luggage space or luxury. This is a bracing, all-consuming driving experience and while there’s a manually folding roof as standard, you should only be using it when Zeus unleashes everything he’s got. The heating acts like a blast furnace and you can even spec heated seats, so there’s really no excuse for skulking away beneath cover. Unless your Morgan’s turning into a bathtub. 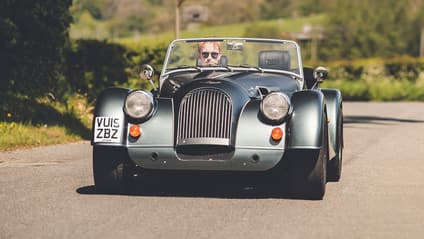 “Judged appropriately, the Plus 4 is a charming tonic to the grumpy, cynical modern world”

Objectively, as a brand-new car priced against serious rivals, the Morgan is a 3/10 car at best. But if you’re assessing it like that, then you’ve catastrophically misjudged its reason for being. Assess it as a car to warm your cockles and provide solace from the grumpy, cynical, heads-in-phone-screens modern world and it’s a solid 10.

You’re unlikely to buy a Morgan blind, and nor are you likely to be weighing it up against modern roadsters like MX-5s or Boxsters. Not even Caterhams or Atoms, we’d suggest, given they’re entirely focused on taut, thrilling handling where the Plus 4 vehemently is not.

You buy a Morgan not only accepting its foibles, but ready and willing to make a virtue of them, getting forcibly sucked into the driving experience in a way we’ll surely miss once the autonomous pods have taken over, and driving on public roads of our own volition is a mere memory. The Plus 4 possesses little finesse, but provides a whole heap of fun.