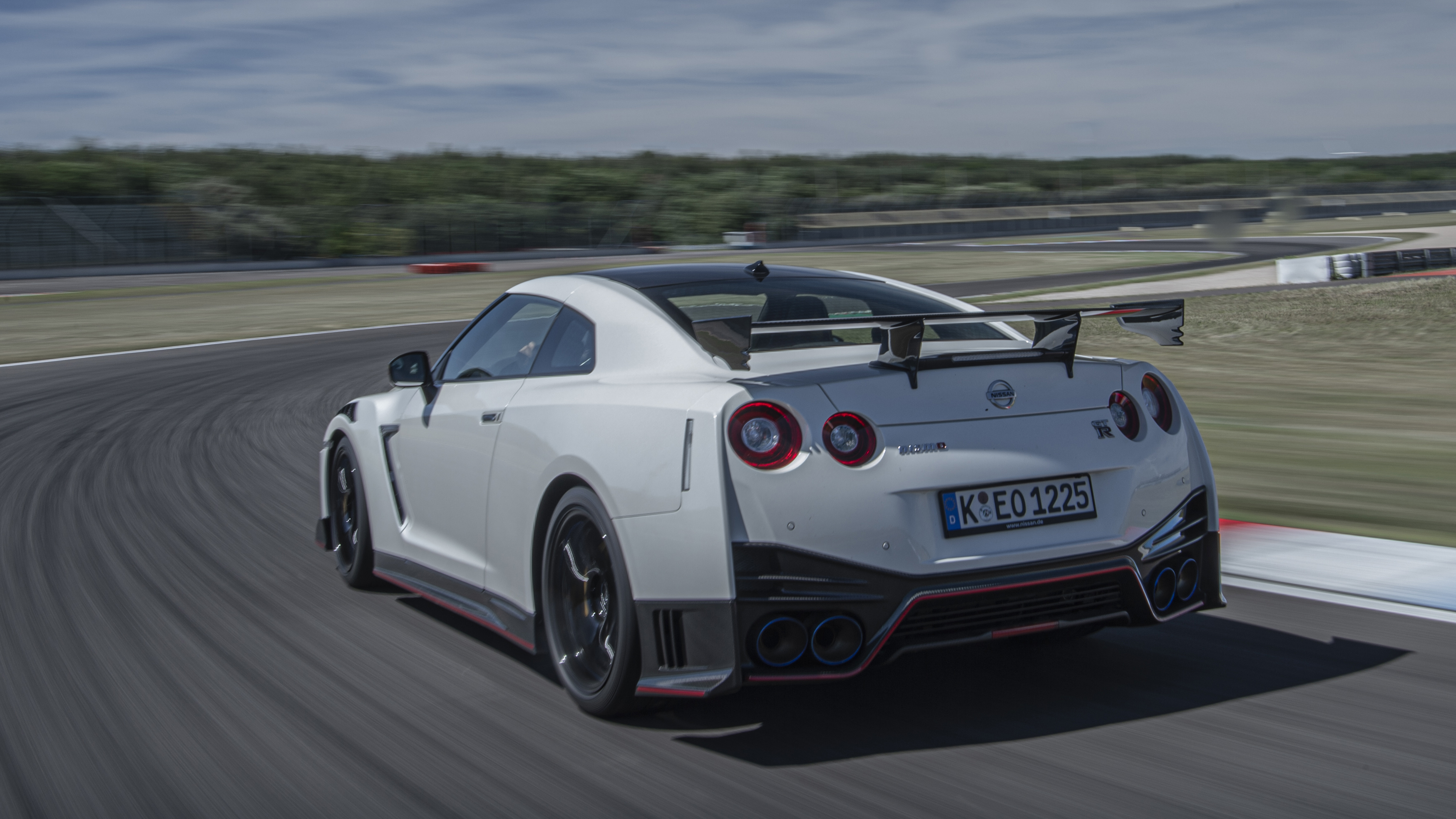 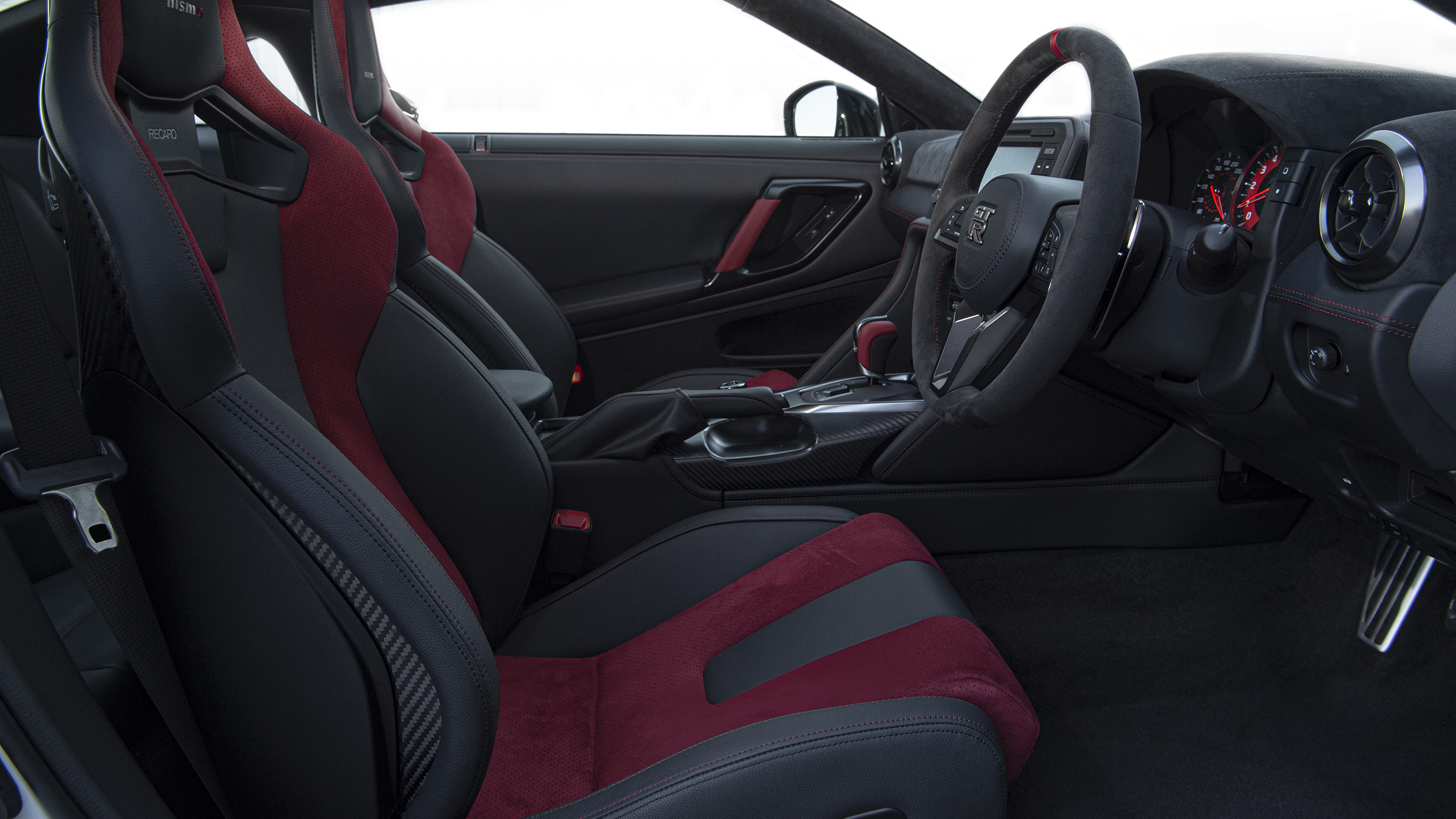 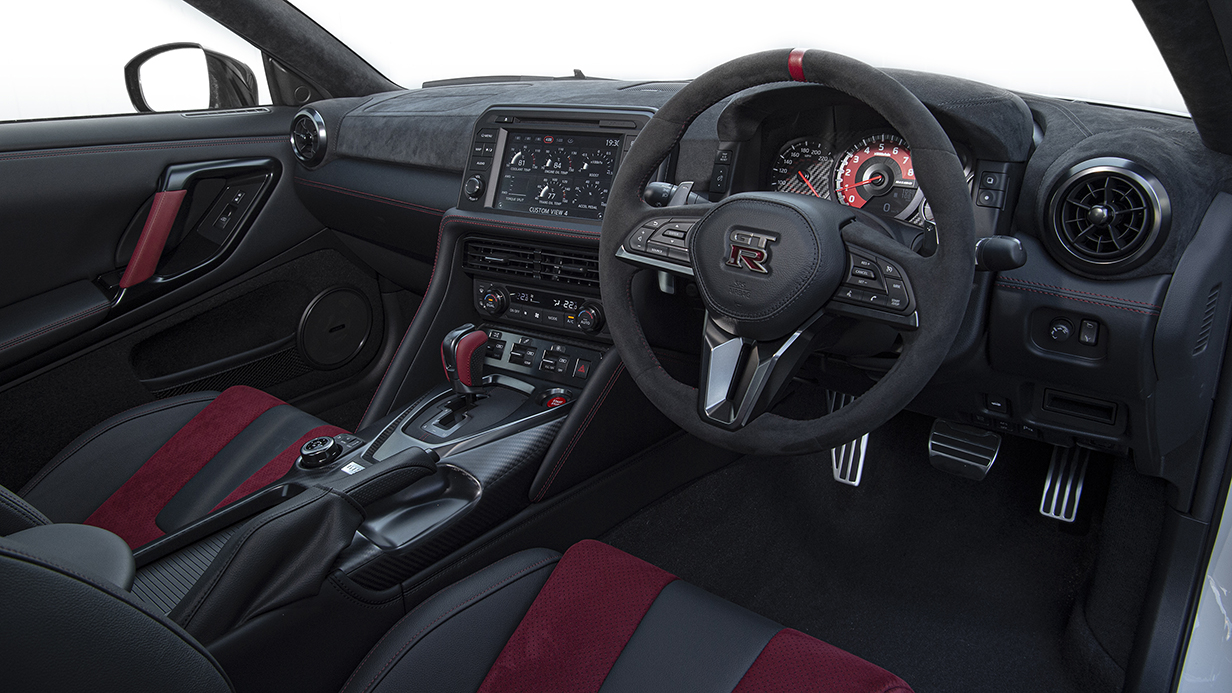 The GT-R itself is a 12-year old car, but sensibly Nissan gave its cabin a massive overhaul a couple of years back, so it’s not wrinkling as dreadfully as you might have feared. The minor switchgear feels a bit ex-Qashqai, sure, and the touchscreen doesn’t have the sharpest graphics, even on its famous multi-graph screen showing differential oil temperature, boost pressure and so on.

But you know what? As sports cars get ever more complicated inside, some of ye olde GT-R features are quite welcome. It has proper dials, not a screen, for one thing, and they’re dead easy to read. The climate controls may well be Micra-spec, but that means they’re a doddle to grasp when you’re being hurled along at warp factor nine.

And even though this is the hardcore Nismo GT-R, you don’t feel like you’ve had the bailiffs in to nick all of the equipment. There’s dual-zone climate control, Apple CarPlay, automatic lights and wipers, and even the lightweight Recaro bucket seats (which are fabulously comfortable and supportive, if not as low as we’d like in the car) have electric backrest adjustment, for some reason. Surely in a car so obsessed with weight-saving they’ve created bespoke alloy wheels that save 100g each, it would have been easier to pop the seat motors in the bin?

For the Nismo, you get a sueded steering wheel, Nismo badges on the dashboard and centre console, and that’s about it. The GT-R doesn’t do titillation. Get in, belt up, and go.

It’s still a proper 2+2-seater too, which gives this car a real USP against the likes of the Mercedes-AMG GT-R Pro and any Porsche 911 GT3 RS or GT2 RS. The slicked-back roofline means you won’t be seating adults in the GT-R’s back seats, but you could do the school run, no problem at all.

It even has a deep boot under that carbon bootlid and giant rear wing, which blocks a good chunk of your back window view. Not that you’ll need it that often. Makes a great picnic table too. Just remember to serve lunch after attacking corners. Definitely not before.