£68,845 when new
Read why you can trust our independent reviews 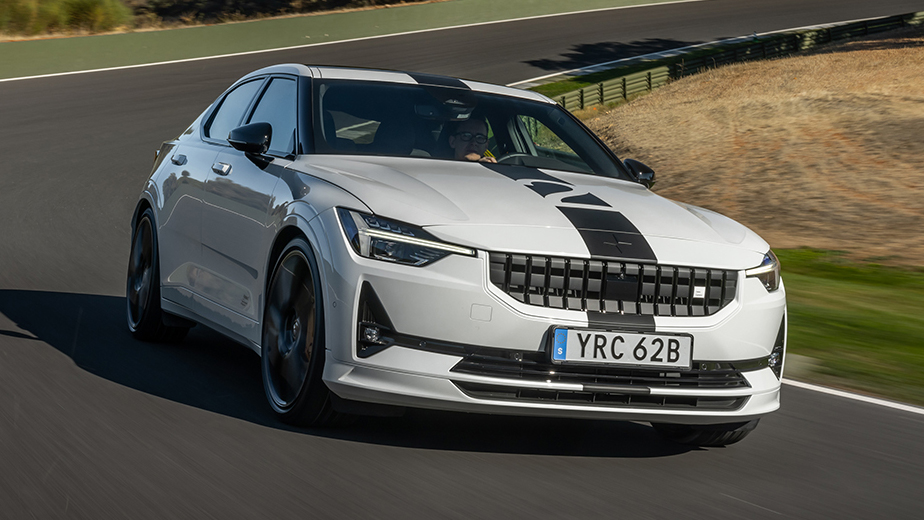 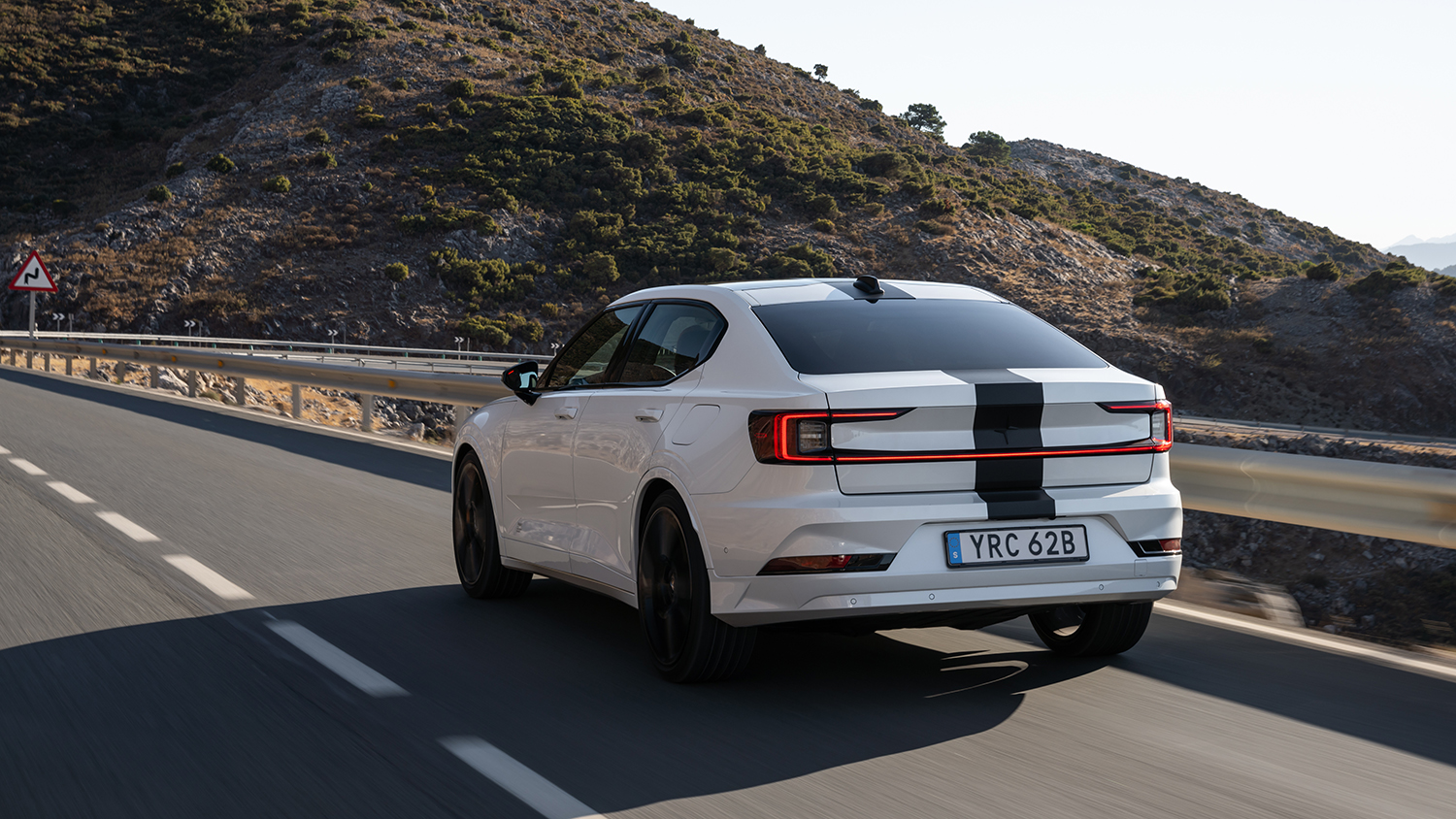 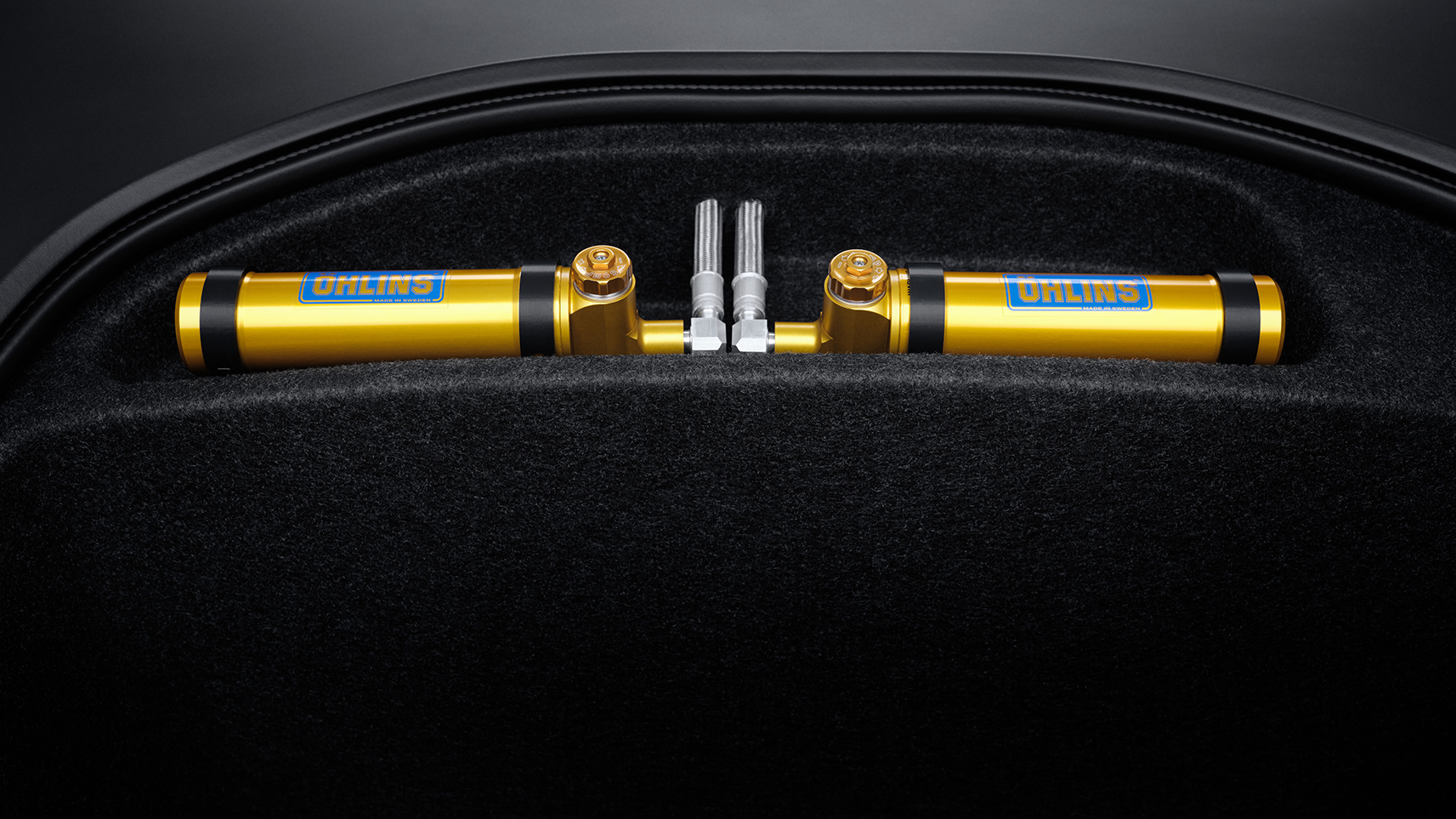 Polestar 2 BST, what’s that then?

‘BST’ doesn’t stand for anything. This isn’t the Bloody Swift Thing or the Battery Speed Teleporter. It’s actually a contraction of ‘Beast’, the nickname given to the one-off speedy Polestar 2 commissioned for the Goodwood Festival of Speed last year.

So this a Polestar with Beast-mode? Cool.

Sort of. The story the engineers like to tell is that Polestar’s boss Thomas Ingenlath set them a challenge – to make his Polestar 2 company car more fun. Not to go crazy and create a SEMA-style one-off, but just to throw a few spicy chillies into the safe, creamy korma that is Polestar’s handsome Tesla Model 3 rival.

The result of that was the ‘Experimental’ Polestar 2 one-off that made silent-but-violent runs at the Goodwood Festival in 2021. And guess what .The boss – and enough Polestar fans – liked it that it’s gone into limited production. Very limited, in fact.

Is that where the ‘edition 270' bit of the name comes in?

Spot on. Only 270 of these will ever exist, of which 40 are coming to the UK, and they’re all sold. Getting a bit boring, that, isn’t it? Limited edition Porsches, Alpines, Ferraris – even the Toyota GR86. The moment you hear they exist, they’re gone.

Maybe in future years quick-shifting products will cease to be known as ‘selling like hot cakes’ and folks will remark ‘that’s selling like a limited edition EV with a stripe'.

Ah yes. The stripe. Tell me about the stripe.

The stripe is more contentious than it may appear. It’s a £1,000 option on the BST, which costs a mighty £68,990 as standard. Apply said stripe and it goes right over the glass roof, defeating the object of a glass roof in the process. Makes the cabin a bit moodier, we suppose, which is just as well, as there’s nothing else new inside.

No special bucket seats, no suede steering wheel, no flash pedals or new graphics. All the shorthand ‘make it look sporty’ references the Germans go for – carbon trim, Alcantara touchpoints, red stitching and so on – is eerily absent.

So what is new?

Wheels come from the Polestar 1 coupe. Tyres are a bespoke design from Pirelli. You get 469bhp – up from 402bhp in the regular Polestar 2 Performance Pack dual motor – but that’s also now available on non-BSTs as an over-the-air update. Brembo brakes remain, as do the golden valve caps that will last about as long in a UK car park as a prime minister does in 10 Downing Street.

Absolutely: Polestar claims the 78kWh battery-powered saloon goes from 0-62mph in 4.2 seconds. Because the 502lb ft wallop happens as quickly as you can prod the throttle, the initial surge feels stronger still, not tailing off until you’re into speeds that a police officer would call ‘illegal’.

Unless you’re on a racetrack, of course. But who’s going to take one of these to a track day?

Polestar's words, not ours. Seriously, the company calls the BST ‘our EV for performance nerds'. It says it sees a small but faithful market for quick EVs that are about so much more than stomach-worrying acceleration. And to that end, the BST has the geekiest suspension yet applied to a Polestar.

Like the Polestar 2 Performance Pack, there’s expensive Ohlins dampers as standard. But unlike the P2PP, these are new remote-reservoir dampers with gorgeous, erm, reservoirs nestled in the frunk. That means adjusting the dual-valve dampers no longer requires removing wheels.

At the front, pop the bonnet and crank the wheel hard over to meddle with compression and rebound. At the back, it still needs the rear wheelarch peeling. If you’ve got a handy pit crew of eight or so and twin trolley jacks, this can be accomplished in less than ten seconds. Ask us how we know. Go on, ask.

Because Polestar laid on this extremely real-world service for you when you went to test drive it?

Bingo. And indeed, fiddling with the nerdy dampers notably alters the BST’s handling. Left soft, you’re aware of body roll and have understeer to battle. Go full-hard and the turn-in is tighter, but you’re more aware of the car’s weigh blunting agility. It’s also tail-happy when asked to ride an apex kerb.

Naturally, you’ll end up with a goldilocks setting that allows some friendly trail-brake oversteer to help the car pivot into a corner, and sit four-square on corner exit. There’s a lot less dive and heave under heavy braking and wide throttle openings too, which means-

Jeez, this is really bloody nerdy.

It is, isn’t it. That’s the thing with really clever suspension like this. If you’re bleeding-heart into the subject and fantasise over dialling in your car perfectly for a tricky off-camber roundabout on your commute, then you’ll love stuff like this. It’s full on anorak car bore stuff for the EV speed freak.

It makes a Tesla Model 3 look about as well-honed in the chassis and handling department as a canal boat, and demonstrates once again that if you want a comfortable yet keen-steering car, expensive suspension is the unsung hero you need to shell out for.

It’s not as sexy as weight-saving, or as headline-grabbing as a big dollop of power to cut your lap time, but if you take driving quickly seriously – like the Swedes do – then you want designer label shocks and springs.

And here comes the ‘but…’

Thing is, if you like cars a normal amount, rather than full-back-tattoo-of-a-Polestar amount, it’s difficult to justify the BST. Almost £70,000 for a Polestar 2 that’s marginally better to drive than the accomplished standard car is a chunk of money. And adjusting the dampers to enjoy said benefits is still a bit of a faff.

But all 270 examples are pretty much spoken for – the UK’s allocation is long gone – and Polestar says it’s already planning ‘BST’ treatment for future models, so expect deeply nerdy evolutions of the Polestar 3 SUV, 5 saloon and the 6 sports car in the coming decade. As ever, any car you have to ‘explain’ is deeply, heroically uncool.

But if – like us – you’re a bit bored of EVs only pretending they’re fun by being fast in a straight line, then at least the BST treatment has a bit more imagination about it. Remember the old Bill Gates quote before you deride this car. “Be nice to nerds. Chances are you’ll end up working for one.”