Read why you can trust our independent reviews
Top Gear Team
Published: 20 Apr 2021
Skip 26 photos in the image carousel and continue reading 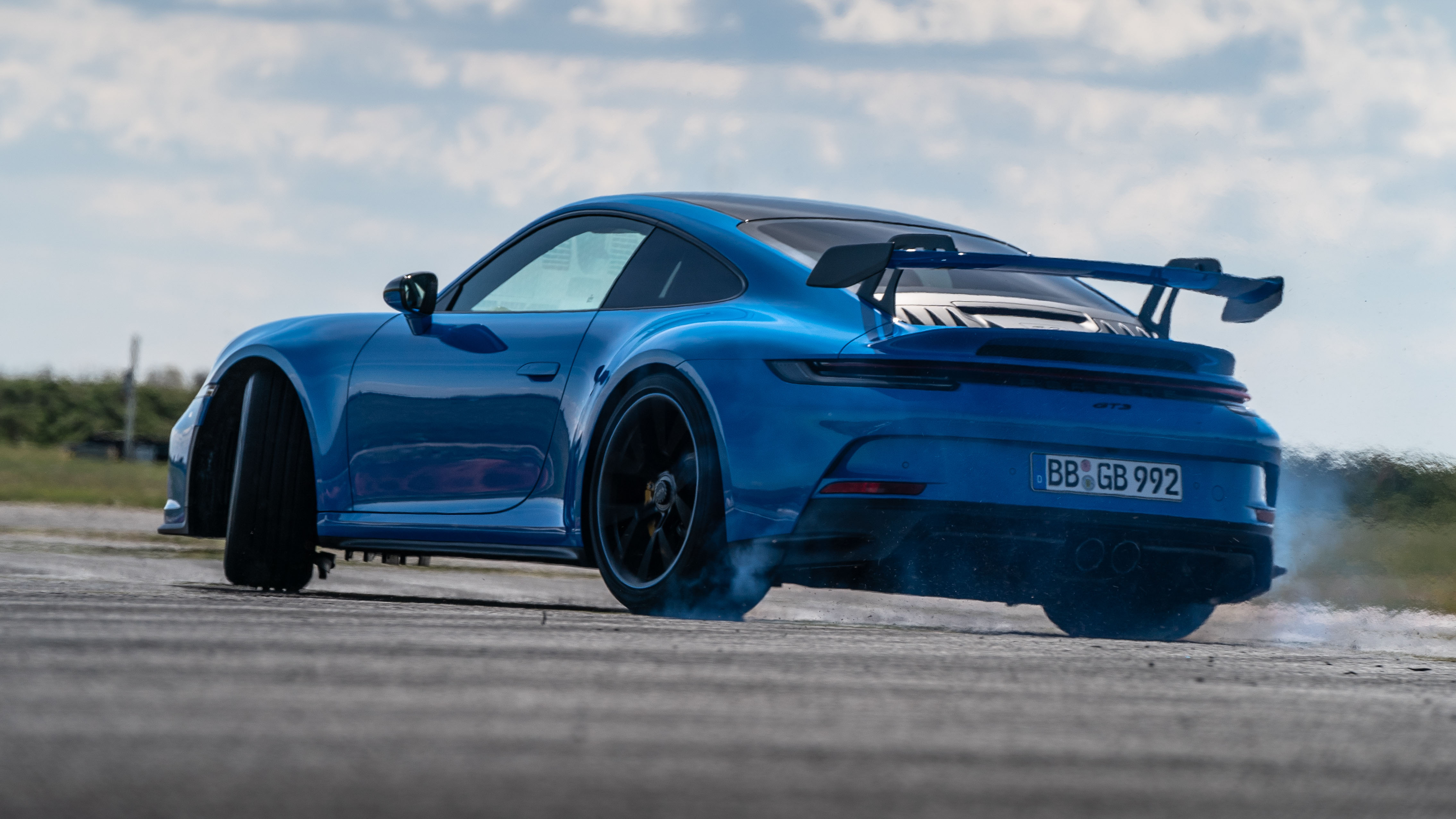 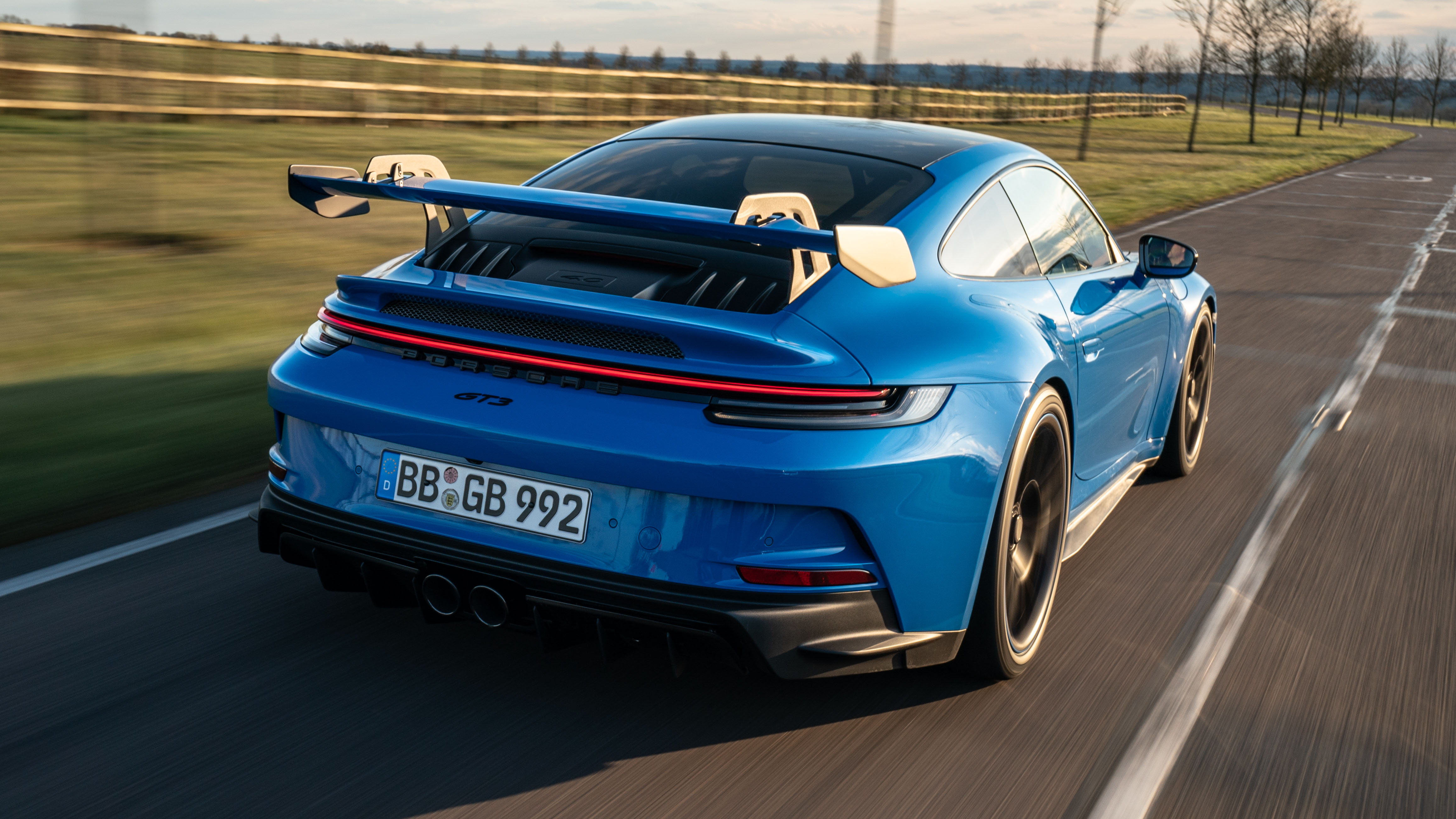 1 / 26
Advertisement
“It’s more apparent than ever that the 911 GT3 is part of a famous motorsport bloodline. Another phenomenal car ”

Isn’t the 911 GT3 the answer to that question? Every generation since the first iteration appeared in 1999 has been the answer, unless you happen to be one of those strange people who disavows the 911. Yes, it’s a bit predictable, but it’s not the Porsche 911’s fault that it’s the world’s best sports car. Marinaded in Porsche’s monumental motorsport genius, the GT3 is traditionally the sweetest of sweet spots and equally devastating on road and track.

For the first time since ’99, however, the new GT3 is arriving into unusually hostile territory. The optics on this sort of selfish, highly engineered hedonism aren’t as forgiving as they used to be. Then there’s the challenge from within, in the shape of the latest Turbo S whose phenomenal pace is now more nuanced than ever. And what about the Taycan, the Porsche that is electrifying in more ways than one?

So what does the future hold?

The 992-era 911 GT3 suggests that the game’s not up yet. It also confirms that Porsche is prepared to go to astonishing lengths to keep the hardcore faithful happy. The engine is a naturally aspirated 4.0-litre, has little in common with the unit found elsewhere in the 992 range and a lot to do with the one used in Porsche’s GT3 Cup racing car. Power is up a modest 10bhp to 503bhp, torque to 347lb ft. That’s ample. It’ll accelerate to 62mph in 3.4 seconds, and onto a top speed of 198mph. Also ample.

The engine is constructed on the same production line as the competition unit, features six individual throttle butterfly valves, and there’s a new stainless exhaust system. In other words, this is a 911 variant with its own bespoke power unit, that deliberately eschews the technology used by its siblings, presumably because that’s what 911 GT3 customers prefer. No forced induction. Similarly, you can have it with a six-speed manual or a seven-speed PDK, the manual proving more popular in the US for some reason than the dual-clutch automatic (it’s 50/50 in the UK). The PDK is 20kg lighter than the one used elsewhere because it has one less ratio, and offers torque vectoring via an electronically controlled diff lock. The manual has a mechanical rear diff lock, and the hardware gives it a weight advantage over the bulkier PDK of some 16.8kg.

Weight-saving is one of the obsessions that makes this car what it is. Some examples: the carbon fibre roof is 1kg lighter than the regular steel one, the full bucket carbon seats are 15kg lighter than the standard four-way sports seats, stripping out some of the 992’s sound deadening material loses another 1.9kg, and if you pony up for the ceramic brakes (£6,498) you’ll save another 17.7kg. This methodology informs every aspect of the car, and ensures that the GT3 with the PDK that TG is driving here weighs 1,435kg, only 5kg more than the outgoing car (despite the addition of a gas particulate filter and other regulatory gubbins).

And all this makes the 911 the envy of the world, right?

Ask any car designer to name the rival product they most admire and they’ll cite the 911. The 992 GT3’s visual makeover is mainly about aerodynamics, most of it borrowed from motorsport. This car’s surfaces, especially the bits you can’t see, are very busy hustling air. There’s a four-stage adjustable splitter at the front, a complex fully panelled underbody, a juicy-looking rear diffuser, and possibly the most elaborate rear wing ever seen on a road-legal Porsche. It sits on a four-way manually adjustable so-called ‘swan neck’ which improves air flow across the underside of the wing.

The upshot is a car whose numbers make the old GT3 look about as aerodynamically sharp as a brick outhouse; at 124mph, with the wing in performance aero setting, it generates 385kg of downforce (an improvement of 150 per cent on the previous car). Its front track width has grown by 48mm, and overall the 911 GT3 is now in mortal danger of losing the wieldiness that is one of its key attributes. Don’t let it get any bigger, Porsche.

“It’s more apparent than ever that the 911 GT3 is part of a famous motorsport bloodline. Another phenomenal car”

Inevitably, you start pondering where this car fits in the great Porsche scheme of things, whether anything will get close to the 997 GT3 RS 4.0 or maybe the 911 R (or frankly whichever track-oriented 911 most does it for you).

On the other hand, as the car world pivots inexorably towards full digitalisation, electrification and, heaven help us, autonomy, anything powered by a naturally aspirated engine and available with a manual gearbox isn’t just raging against the dying of the light, it’s practically walking on water.

In a world that has looked and felt very far from certain this past 15 months, it’s a relief to know that our performance car lodestar is as sensationally good as ever. The 911 GT3 is a car so addictive you want to get straight back into it about 45 seconds after stepping out of it.