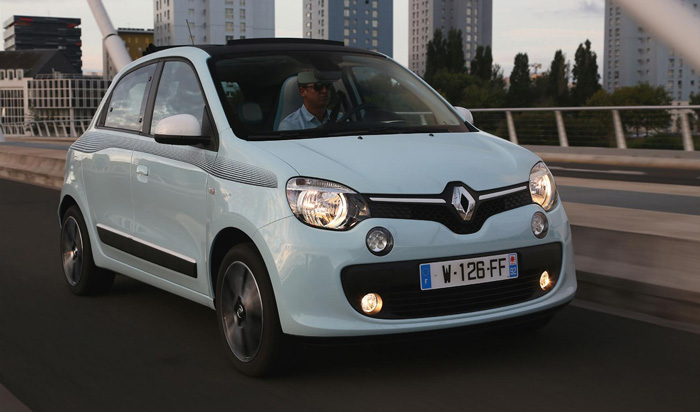 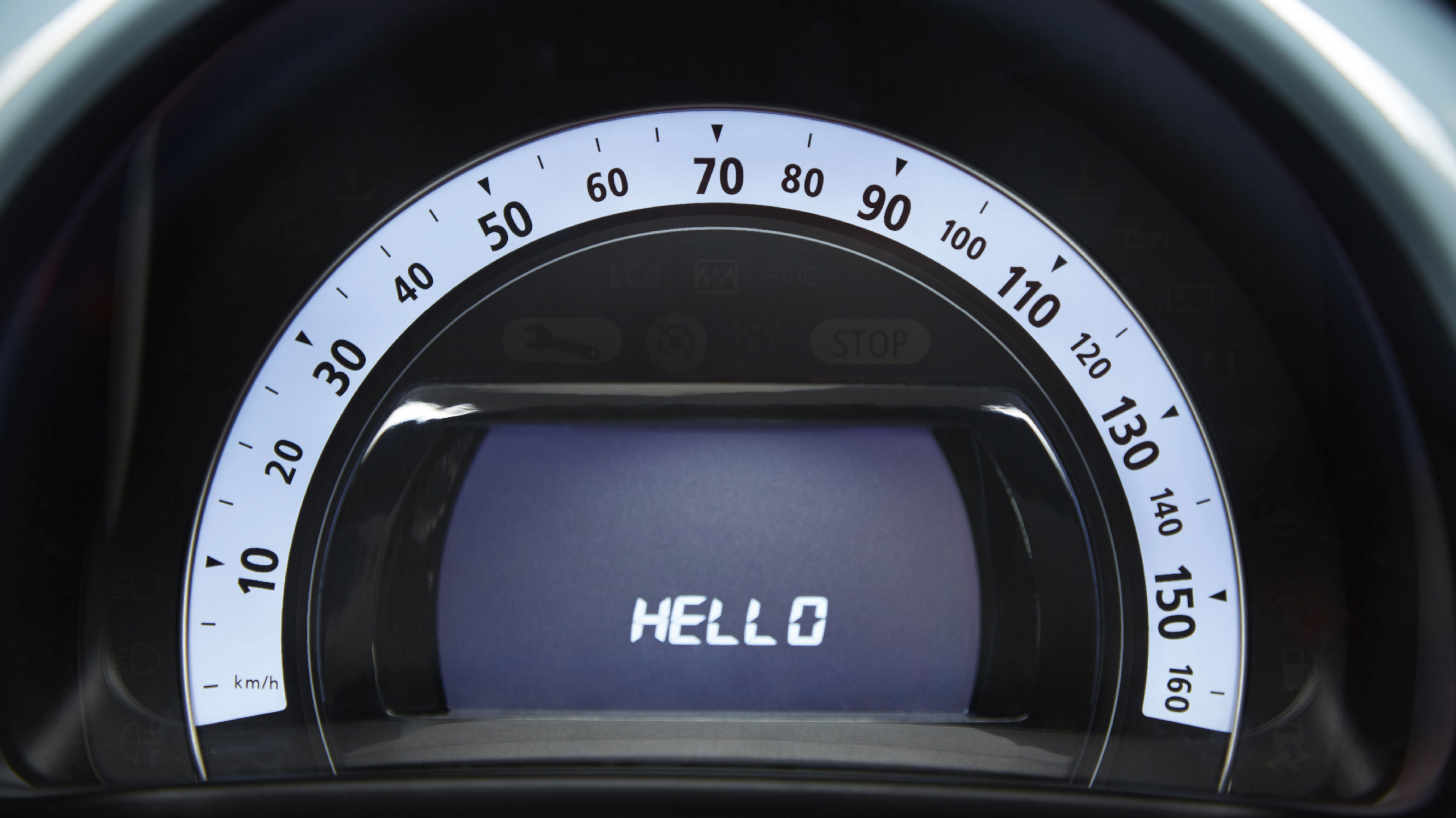 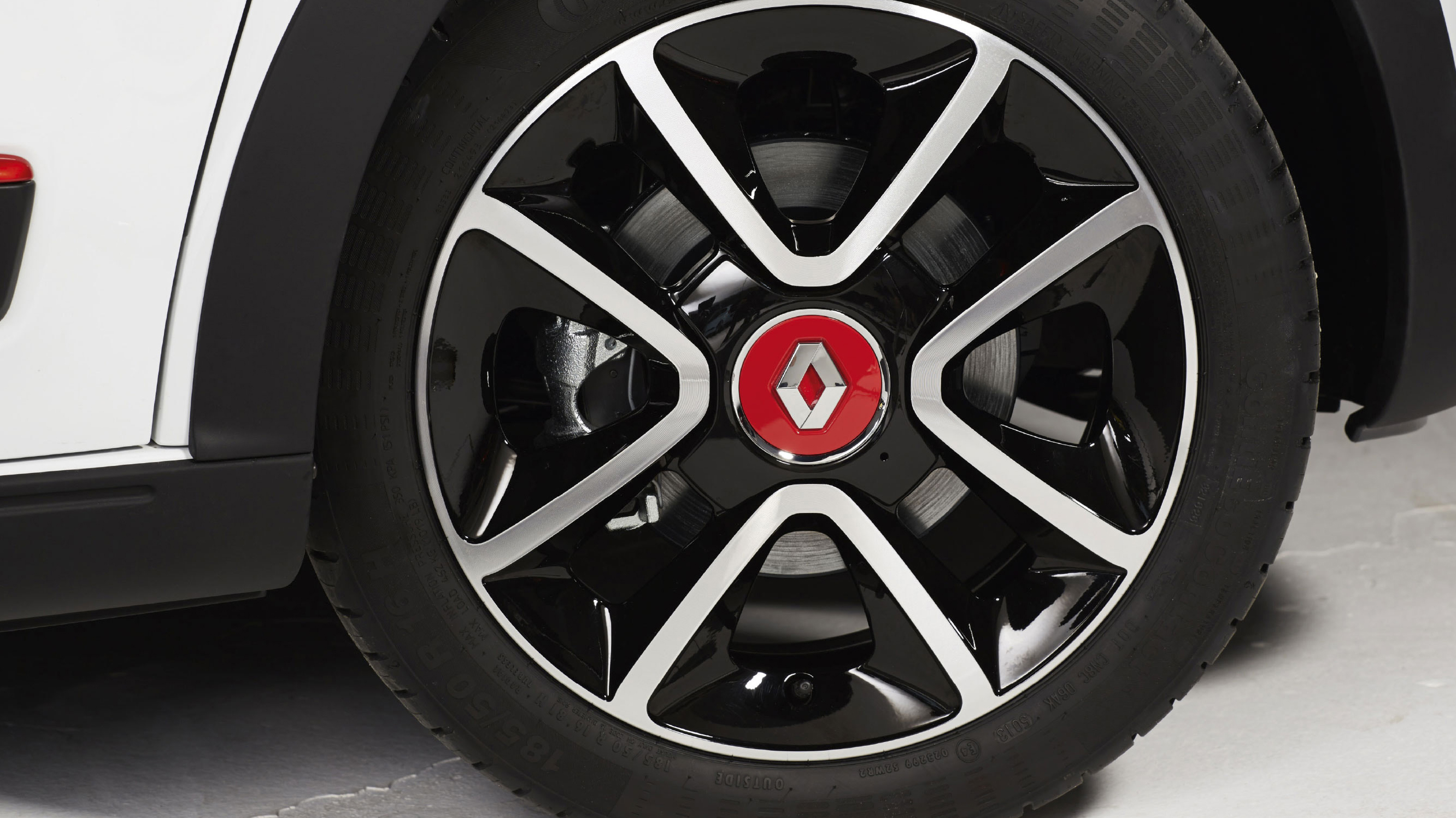 Sure is. City cars usually try to look like one of two things. One, a scaled-down big car. Two, a scaled-up cutesy child's toy. They seldom succeed. This one is neither. It's comfortable in its own skin.

That's where things get even more interesting. Again, it's not trying to be a scaled-down regular hatch. Its engine is in the back. This means the front end can be shorter while still proving enough of a crush zone. Which leaves more room for the people. It's shorter than the old Twingo but the wheelbase is 12cm longer.

But the engine's got to go somewhere. If they stuff it in the back, surely it'll eat the boot and not help rear crash safety?

All fair points. To get around that, the engine lies almost on its back, so it'll fit under the boot floor, and slides downwards and forwards in a crash rather than breaking the backs of the people in the rear seat.

So the whole layout is like a Smart, then.

Quite. And as it happens the new Twingo and the new Smart are closely related. Basically the Twingo, and the new Smart Fortwo and Forfour, were all developed together by Renault and Daimler engineers at Renault's technical centre in Paris.   Under the skin, they all share engines, transmissions, suspensions, electronics, platform and seat frames. Renault people say they always wanted to do a rear-engined Twingo but couldn't afford to do a unique platform. Then Renault-Nissan started working with Mercedes on a range of projects, and this was a natural co-operation job. 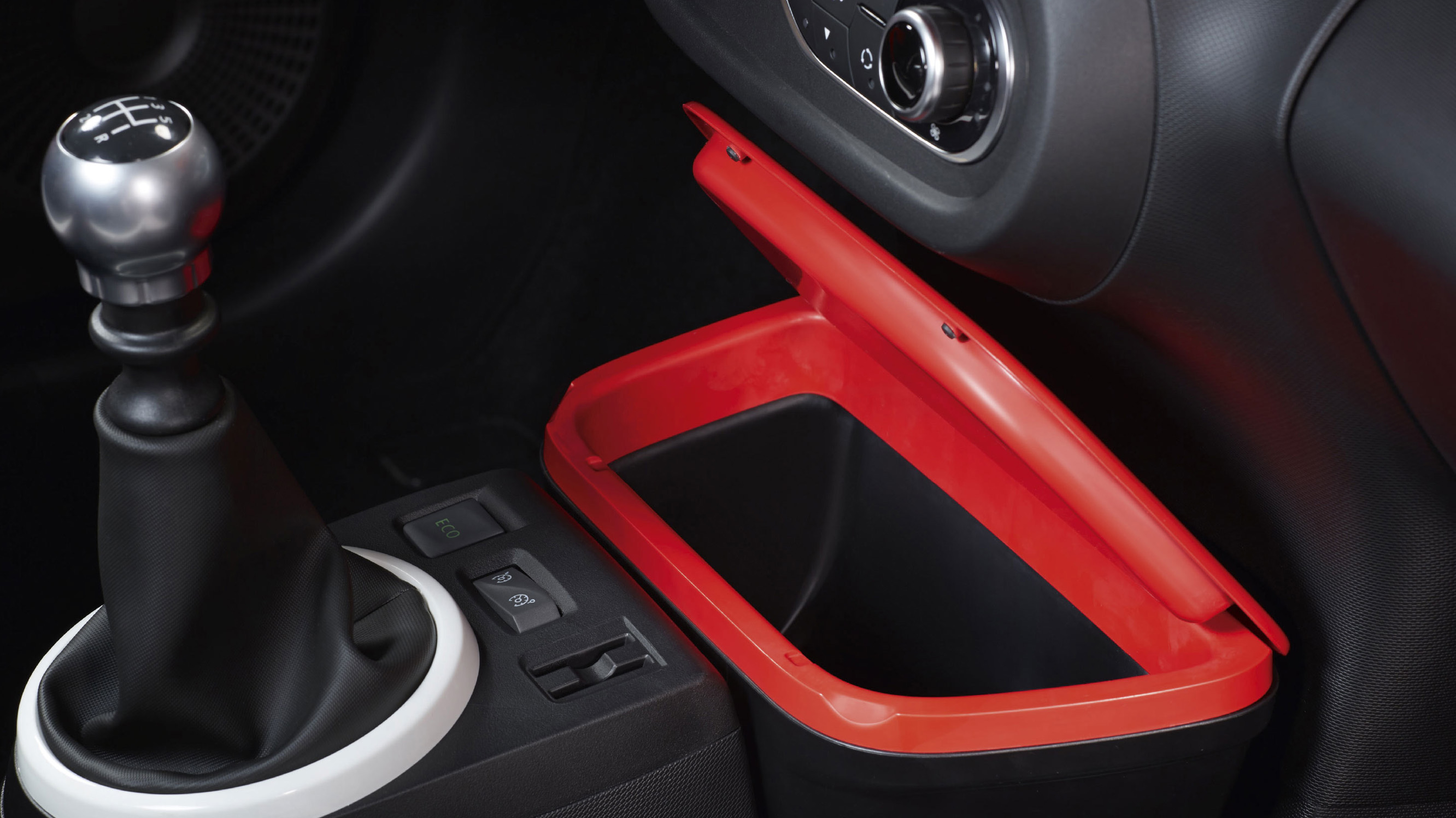 But Smarts have always been pretty grim to drive. Is the Twingo all about dire performance, twirly steering, a noddy ride and jerky gearbox?

Nope. For a start, the transmission is a manual, and quite a nice-shifting one too. The longer wheelbase and wider track of the Twingo make it sit pretty solidly on the road. Unfortunately the base model comes with a slow steering rack, so you do have to flail your arms in mini-roundabouts. The 90bhp turbo engines come with a rack that quickens on lock, so the problem goes away. The ride isn't quite as placid as an Up, but you don't suffer.

Any dynamic advantages to that rear engine? What about huge drifting potential?

There's no oversteer. A non-switchable ESP is like some overzealous H&S officer in a hi-vis. But the layout still has advantages. The light nose means it's super-agile down twisty roads. The steering isn't corrupted by torque demands, so feels very pure. The engine and exhaust are further from your ears, so their noise is diminished. And it's great for a city car too, because the turning circle is extraordinarily tight. You can pull sneaky u-turns and backdoubles like a London cabbie. Getting into and out of tight parking spots is almost comically easy.

So a town car only, or OK on fast roads?

That depends which engine you get. There's a three-cylinder 70bhp un-turbocharged base engine that is pretty hopeless at overtaking or hill-climbing. You need the turbo engine, also a triple, that makes 90bhp and a healthy dose of torques. Thanks to the turbo, and the Twingo's light weight, it's the best-performing of the sub-minis, and the most fun you'll have in a baby car at the price.

And is it worth it?

Yes. It's a genuinely different approach to design and engineering that has brought real dividends, not just in being different for its own sake. Most important, it's much more fun than a base-model supermini for the same cash.