£32,890 when new
Read why you can trust our independent reviews 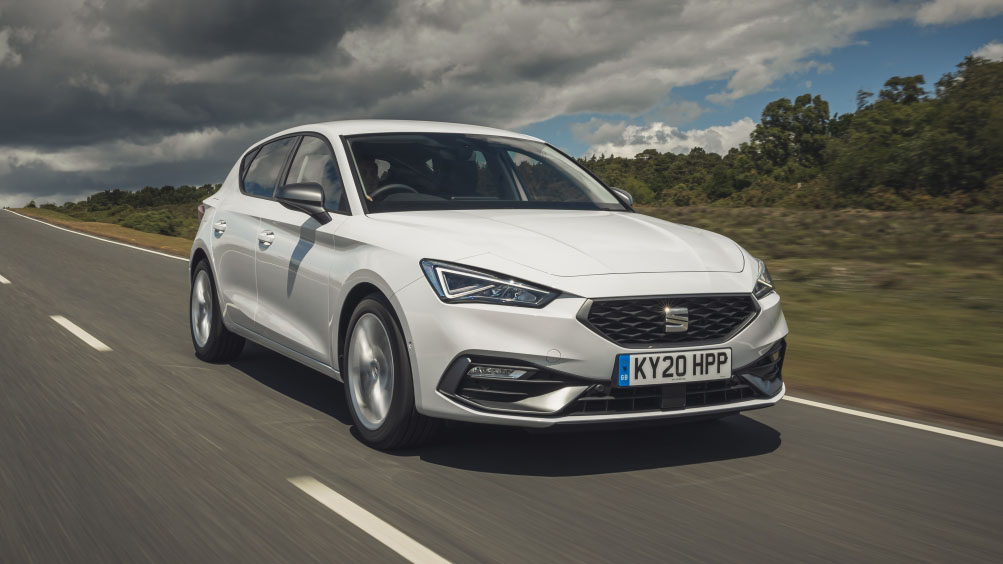 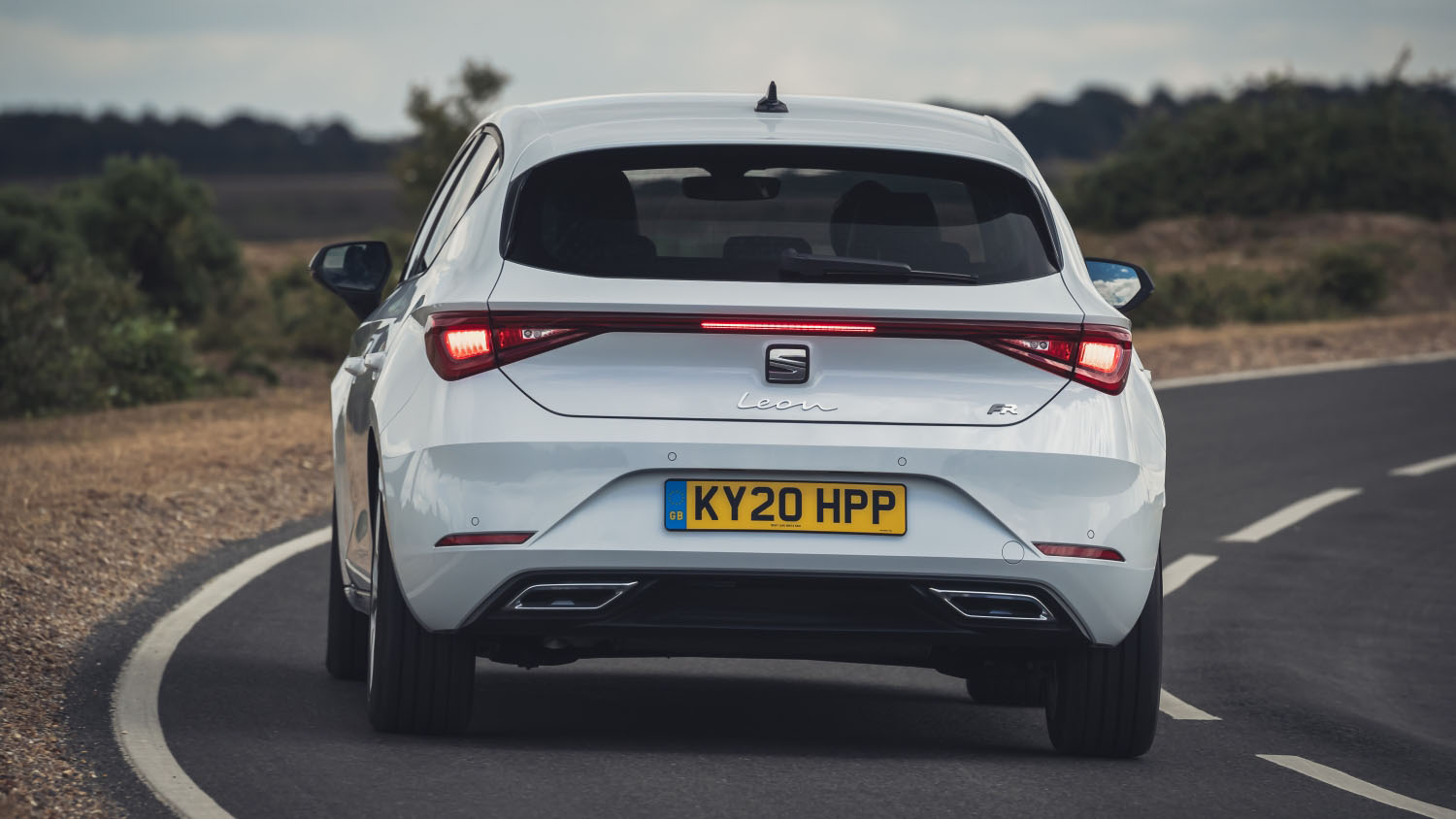 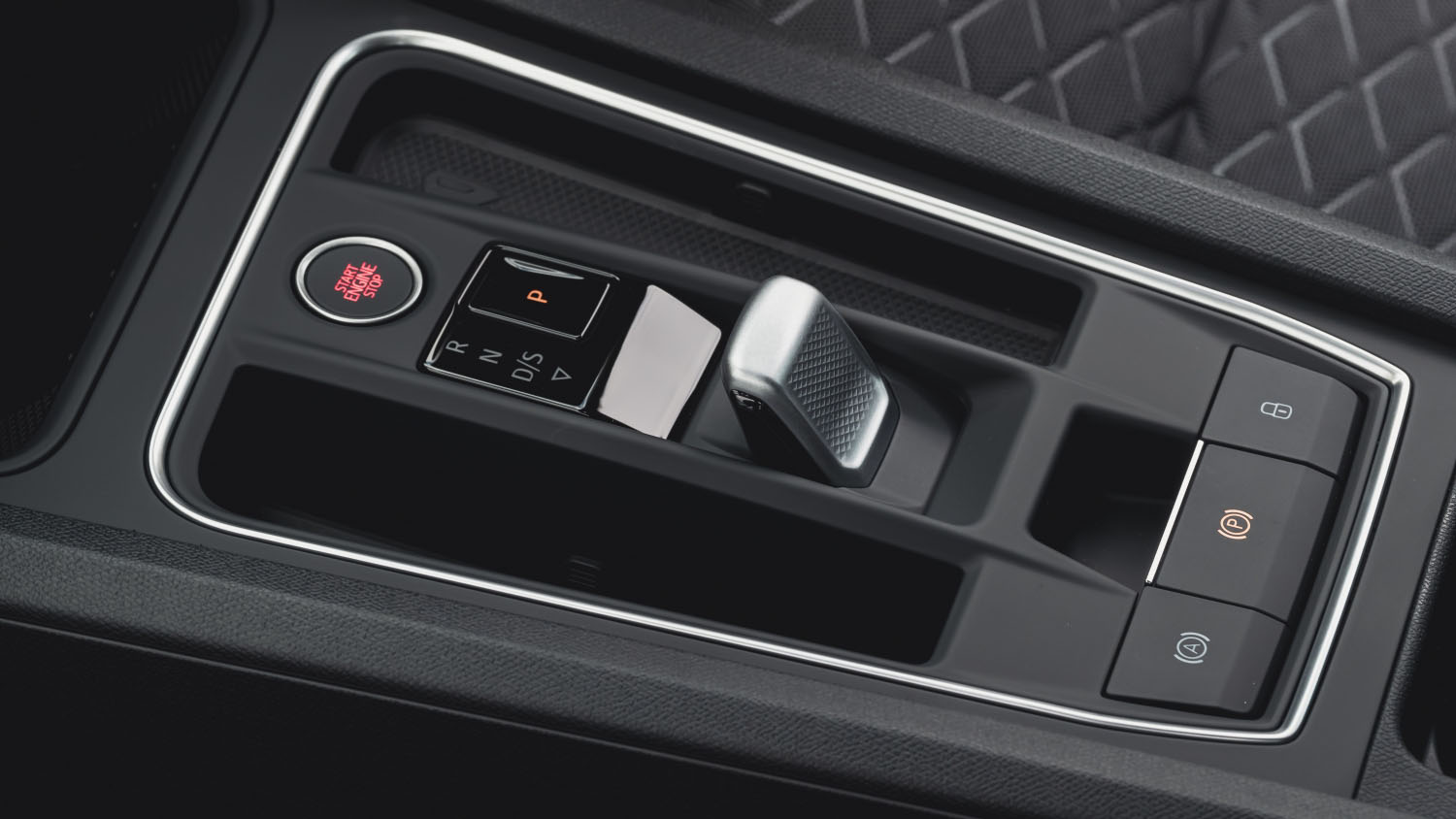 There’s more than one kind of plug-in Leon. The one we’ve already tried is the Cupra eHybrid – a crack at a hybrid hot hatch, in the mould of (and mechanically identical to, because VW Group) the Golf GTE, that runs ever so slightly wide of the mark. You can read why by clicking on these blue words.

As you’ll have guessed by this Leon’s small wheels and Seat badge, it’s emphatically not trying to be a performance car. It uses largely the same powertrain as the Cupra but detuned, so it’s slower and a bit more efficient. The Seat Leon eHybrid looks exactly the same as a normal Leon, bar the charge flap just ahead of the front passenger-side door and some badges.

Run me through the specs.

With pleasure. The 1.4-litre petrol engine is supported by a 12.8kWh battery and 85kW e-motor. Everything drives the front axle through a six-speed twin-clutch automatic gearbox. Combined output is a respectable 201bhp and 258lb ft of torque – 41bhp and 37lb ft down on the Cupra. Still quick enough mind. With both power sources working together you’re looking at 0-62mph in 7.5 seconds and a 137mph top speed.

More importantly the Seat claims up to 40 miles of electric range and as little as 27g/km of CO2. This means company car drivers will save a bundle in tax versus a purely petrol/diesel-powered car (and some other PHEVs for that matter), and a fair bit at the pumps if they have the facility (or can be bothered) to keep it charged.

Speaking of charging, from a domestic wallbox the Leon can only accept charge at 3.6kW. So a full charge from empty takes a comparatively tardy 3hrs 40mins. The Mercedes A250e we drove recently takes less than two hours at 7kW.

How far will it actually go in electric mode?

Hard to say, because it depends on so many different factors. Your driving style, the kinds of roads you use, the weather and whether or not you’re using the air conditioning. Know this – from a fully-charged battery, on a six-degree December day on a relatively swift cross-country drive, I managed 25 miles. Incidentally that’s exactly what the Leon said it could do before I set off.

No, it’s not as far as Seat claims. But I wasn’t driving economically and it was cold, so I had the heater on. While I don’t think you could eek out 40 miles unless you drove especially gingerly, more than 30 seems achievable. Which is pretty good.

Admirably smooth in electric mode which, like virtually all PHEVs, it defaults to when you switch it on (assuming there’s enough charge in the battery). No nasty jolts from the transmission as it moves through the gears. Far from quick, but performance in electric mode is entirely adequate up to the national speed limit. Just remember the faster you go, the sooner you’ll run out of juice and have to call upon the 1.4-litre petrol engine.

Keeping the engine out of it when you’re running in electric mode is easy enough – it won’t spring to life unless you really floor the throttle. Do so and the transition from electric to petrol power (with electrical assistance) is smooth but takes a second to take full effect and push you down the road at pace.

In hybrid mode the Leon swaps between petrol and electric power often as it sees fit. Again, the transition is fluid. Same goes for when you’re fresh out of electricity – it’ll still shut down the engine if it can when you’re coasting or braking. At low or constant rpm the internal combustion engine is quiet enough, but push beyond 3,000 and it starts to sound thrashy. Performance is fine, but the Leon doesn’t necessarily feel as quick as the numbers suggest.

There are paddles on the back of the steering wheel for shifting manually, but the gearbox doesn’t respond very quickly to your inputs so you’re better off leaving it to its own devices. By and large it does a good job, but can hang on to gears for too long after bursts of acceleration.

The brakes are a bit grabby, but that’s par for the course with plug-in hybrids. You can’t manually adjust the regen – the Leon does what it wants.

Despite a bit of extra weight, the Leon still handles well. Agile and light on its feet, if not as involving as a Ford Focus. The steering is quick and accurate but ultimately a bit wispy. And body control is good but the ride is too brittle over rougher tarmac. Stable on the motorway, though, with wind- and road-noise kept to a minimum.

The boot is 100 litres smaller than a normal Leon’s because of the battery, which is a pain.

Oh and while the Leon’s infotainment system looks the part, with colourful crisp graphics, it isn’t very user friendly. And that’s especially annoying when there are no physical controls for the powertrain. If you want to go from electric to hybrid (which you will, often), or normal to sport, you have to dive into the touchscreen. Awkward.

Prices start at just shy of £31,000 for the FR tested here, but you can spend upwards of £34,000 for the top-spec Xcellence Lux. Sounds like a lot for a family hatchback, but it represents a worthy saving over more ‘premium’ rivals like the Mercedes A250e, Audi A3 TFSIe, Golf GTE and, ahem, Cupra Leon.

If you’re looking at one of those, try the Seat too. It’s not without problems, but might just do the job. And you can get it as an estate, which is handy.

For more on the Seat Leon, click here to read our full review