Caterham Seven 170 review: is the lightest ever Seven the best one? 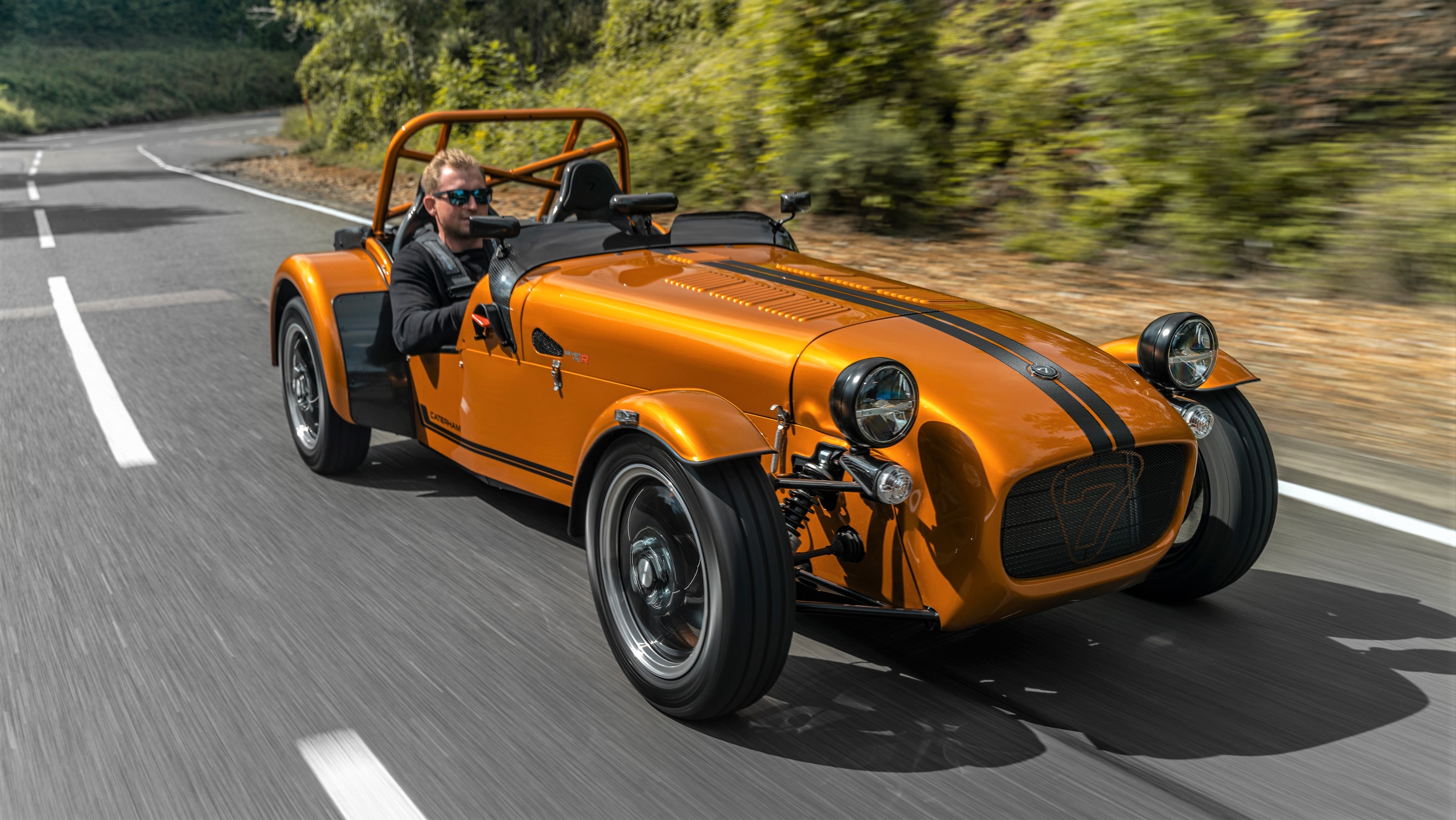 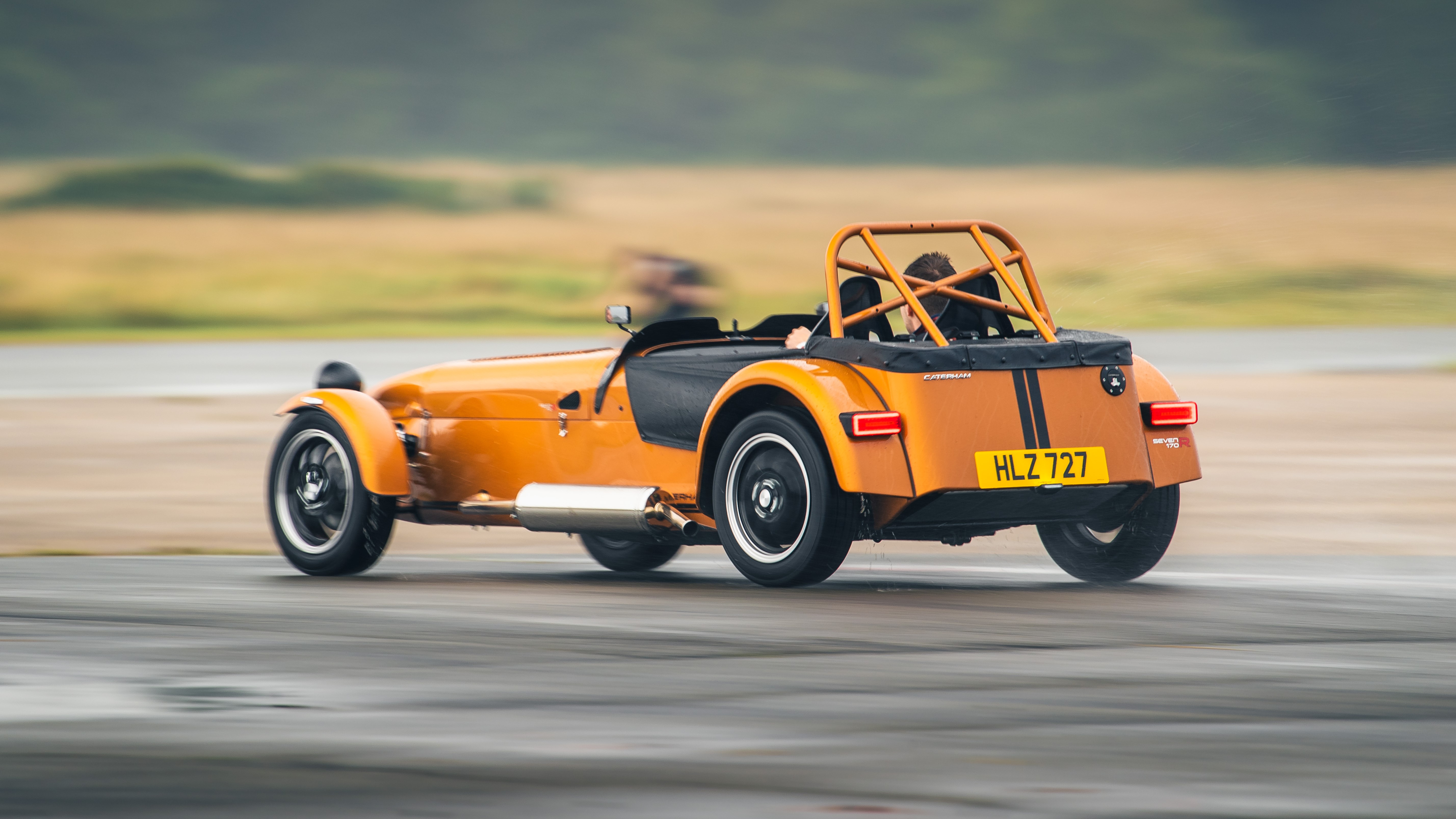 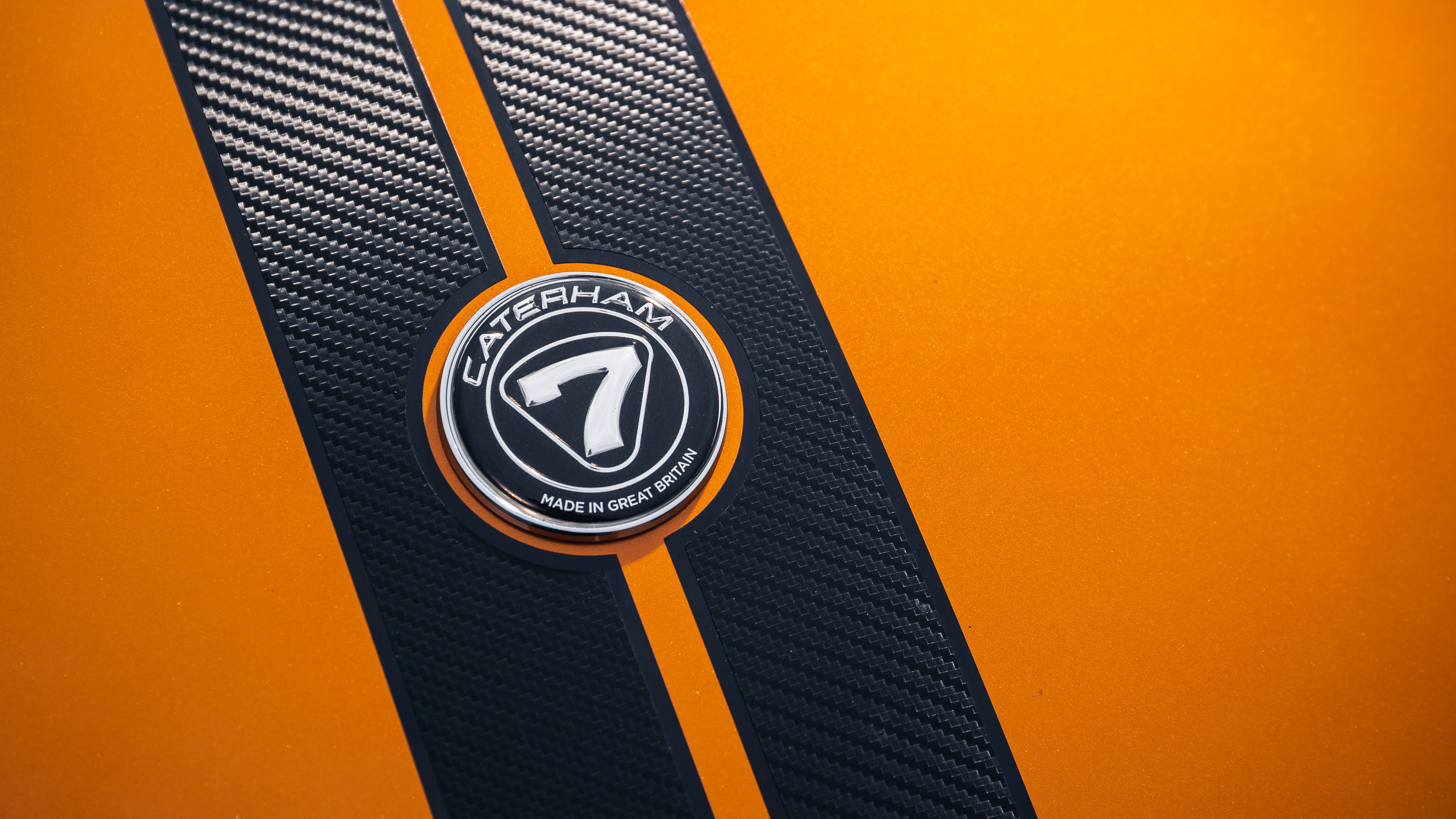 The lightest Caterham ever. Which is quite the achievement given these titchy two-seat sports cars have never been ripe for fat shaming. Even in 1957 (when they were first conceived) they were positively featherweight. But this, the new Seven 170, is edging on anorexic.

How light is it?

A little over 440kg. Which is about two times as heavy as the heart of a Blue Whale, but less than half the weight of an Alpine A110 – a car that’s held in extremely high regard in automotive Weightwatchers groups. Even if you don’t know your kilograms from your kilowatts, let it be known that the 170 is ridiculously light. Especially as gravity on planet Car has changed recently.

For years now the scales have been going only one way, cars getting significantly heavier as consumers and legislators demand more luxury, tech and safety equipment. Largely to the detriment of their dynamics too – cough – BMW G80 M3. But this Caterham swims against the current.

Let me guess, it’s light because they’ve stripped it out and made it out of exotic materials.

Wrong. This doesn’t follow the philosophy of modern supercar lightweighting. It’s light because it’s small. Only being 1470mm wide, it’s 105mm narrower than anything else within the current range; making it not only the lightest Caterham to date, but also the smallest.

It’s the successor to the simple Caterham 160 from a few years ago and follows the same principles and Japanese Kei car footprint. Under the aluminium sardine tin bonnet is Suzuki’s K-car 660cc, three-cylinder unit, boosted by a tiny turbo. In a world of 600bhp super saloons and 2,000bhp EV rocket sleds, the 170’s power and torque figures look like typos: 84bhp and 85lb ft, respectively. Actually, most of the spec sheet reads like a typo. Or something from the early 60s.

There’s a five-speed gearbox, live rear axle, and 14-inch wheels wrapped in rubber as wide as a child’s forearm. The minuscule Avon ZTZ tyres are 155 section at the front, a thumping 165 at the rear – so Barratt Liquorice Wheels have a bigger contact patch. You’ll also find drum brakes back there. And zero driver assistance. None. Zip. Nada.

Looks a bit racier than the bare-bones, steel-wheeled 160.

Well spotted. That’s because like every Caterham on sale now the 170 is available in two flavours: ‘S’ and ‘R’. The standard £22,990 'S' road-trim has an open diff and a gentler approach to life with luxuries like a full windscreen, weather gear (doors and a roof) and squidgy leather seats.

The only way Caterham has got with the times is with the options list, as it’s now possible to add thousands of pounds to your base price with endless additions and paint options. For reference, the car you see in the pictures has over £7k of options on it, including £1,000 carbon side and rear panels, £800 LED lights, £350 carbon aero screen, £1,000 gold paint and a £395 carbon swoosh to name a few. That makes it a £31k car with less than 90bhp.

A powerhouse this is most definitely not. But it’s the antidote to an over-complex, overtly digital, over-tyred generation of cars that have partially divorced themselves from proper driving through monstrous power figures and a concern for pub ammo stats. Driving the 170 reminds you that driving isn’t an act of plumbing in a destination in a sat nav and letting the algorithms get you there. It involves management of every aspect of the car: steering, braking, acceleration, gearing, balance and ultimately your own confidence.

Then this isn’t for you. And you should go place yourself on the Step of Shame. But if you do like being in control of a car, the 170R couldn’t give you a purer experience. It’s the bottom rung of the accessible performance ladder, so regardless of your driving ability, it’s very hard not to have fun in this thing. In fact, it may be impossible.

Is it fun to drive then?

Errr, duh. With wiry wishbones, open wheels and a microscopic body, you can place it on the road/track with millimetric accuracy. And being so narrow, you have more tarmac to play with ­– giving you more lines and options. And that gear stick? You’ll be using that a lot as the short gearing and lack of oomph means you’ll be using all the gears, all the time. Which is fun. Because changing gear is fun, kids.

But if you want that Rimac Nevera endless torque gut punch that leaves your lungs hanging out behind you, I’m afraid to say you’re not going to get it. The 170R sees off the 0-60mph sprint in 6.9 seconds and is only just capable of hitting three figures, topping out at 105mph. But it’s a slow-speed set of stabilisers to learn about car control.

Depending on your experience, ability and confidence, you can encounter and manage understeer, a four-wheel drift, oversteer, a spin and more understeer in the same corner. Especially as the pedal box is so closely aligned it’s like it’s been and had Invisalign, so it’s actually possible to hit all three pedals at once.

That doesn’t matter, though. As being so light and slow means there’s a benefit when/if it does go wrong – as there’s very little inertia to gather up. You merely pirouette or come to a hilarious stop with a smile on your face rather than burying yourself in another postcode’s hedgerow. Which you’re thankful for. As the only safety equipment you have is a rollover hoop and seatbelt.

Aren’t you a bit exposed though?

That’s half the charm. And makes you feel like you’re going a lot faster than you are. But it also brings you closer to the action as the three-cylinder thrums, fizzes and chirps along surprisingly sweetly. It even makes an occasional flatulent parp out of the drinking straw-thin exhaust to keep your ears happy. Something you miss in an EV.

Connection is the key though and you’re so wonderfully connected in a 170. The R’s uprated tyres and suspension means it doesn’t suffer from the waywardness of the awkward – and much more expensive – Caterham Super Seven 1600. Like all Caterhams, the steering is superb and fantastically direct. And as antiquated as the rear suspension set-up is, it actually rides amazingly well. Again, a benefit of weighing as much as a stick insect.

Hmm. I may have to give this a try. Anything else to add?

Yep, you can build this Caterham at home yourself. In theory it’s like supersized Lego. But in reality – as we found building a Caterham 160 – it’s a sweary, blood blister filled epic. Which is ultimately rewarding and saves you the £2,395 Caterham charges for its highly skilled and experienced engineers to do it for you. You can do the maths to see what your time, frustration and divorce is worth.

But more than that, in the end you’ll have simple, effective, accessible performance on every journey. Something I fear we’ll crave in years to come.