Read why you can trust our independent reviews
Top Gear Team
Published: 01 Jun 2021
Skip 20 photos in the image carousel and continue reading 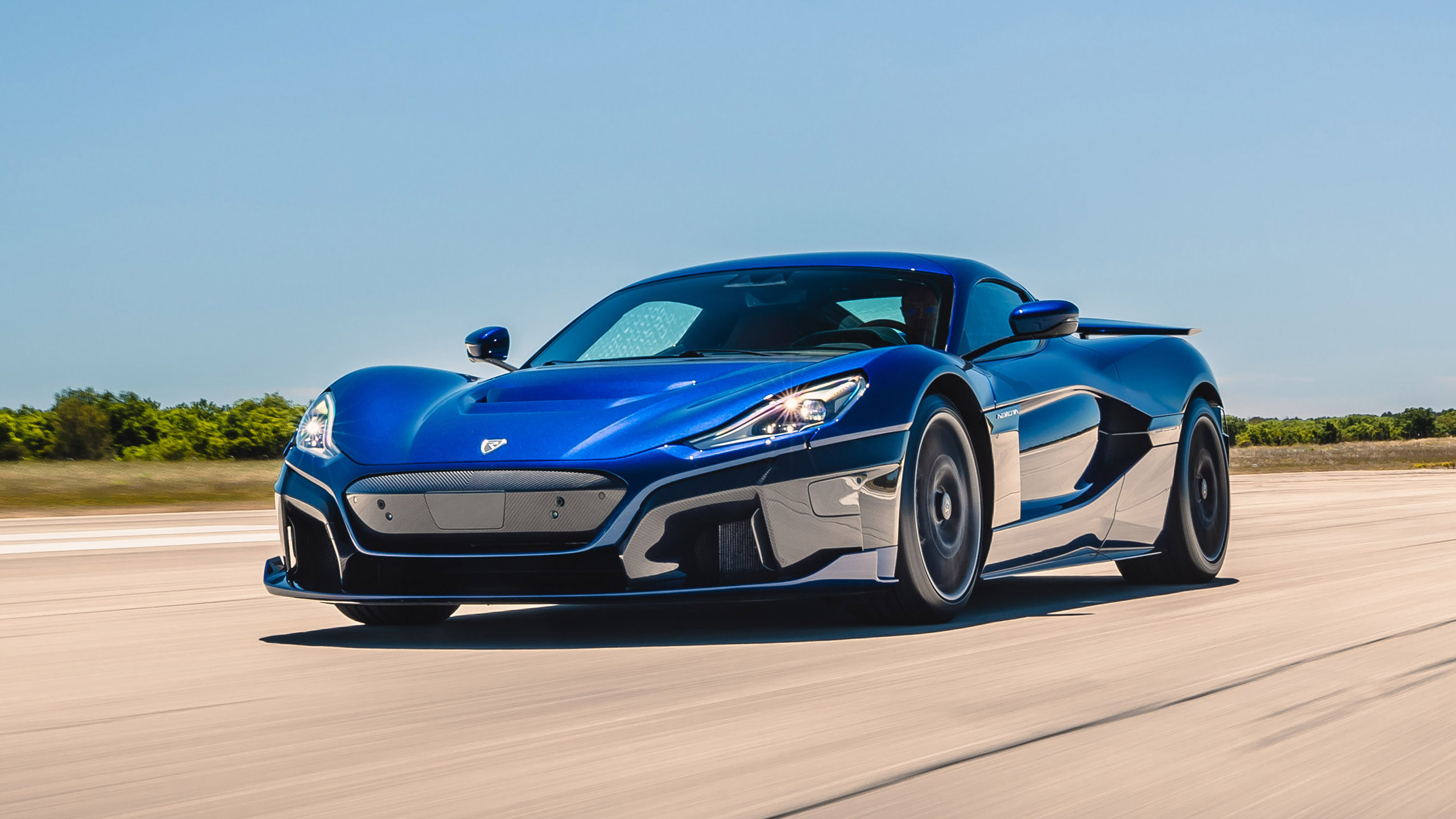 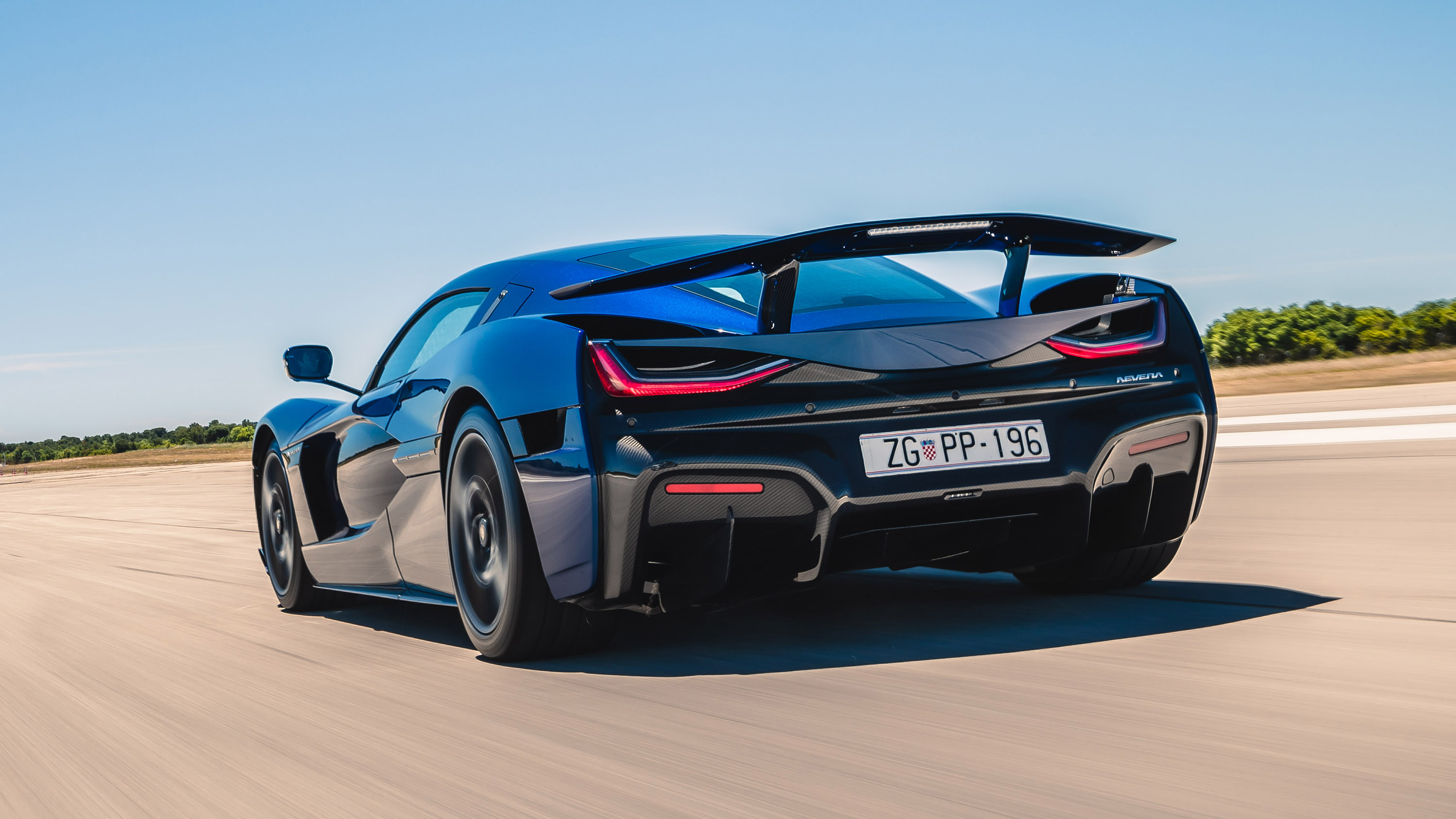 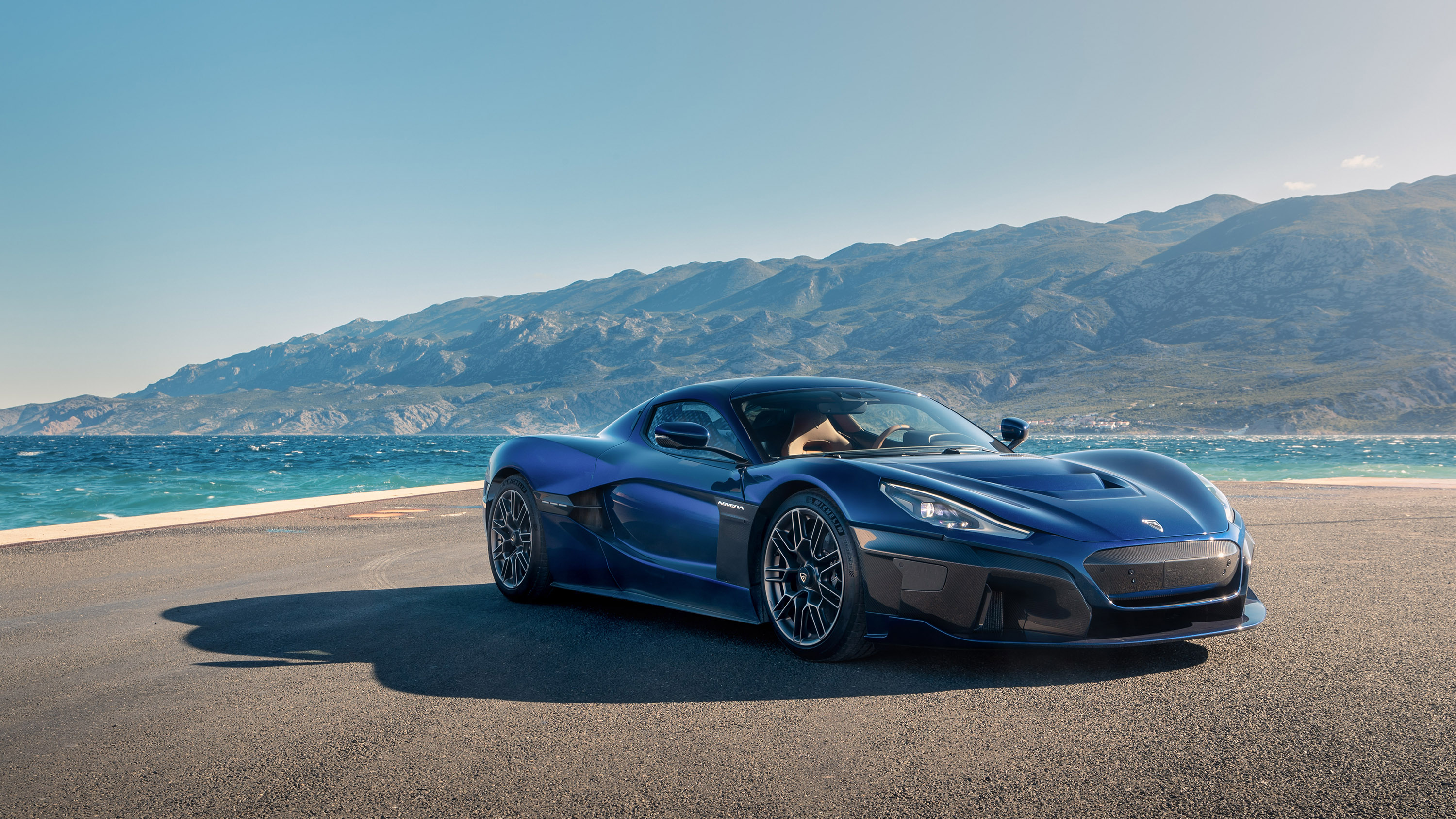 1 / 20
Advertisement
“The first true pure-electric hypercar is a sensation, as is the company that makes it ”

Some detail finessing still required, brakes take some getting used to

Google. Facebook. Amazon. One of the most fascinating things about the digital world in which we now live is that the tech titans which dominate it seemingly came out of nowhere, and not that long ago either. The old order got scrambled, fast.

Legacy automotive is doing its best as the electric revolution gathers serious momentum but from the land of Tesla – Nikola that is, not Elon Musk’s outfit – comes a company whose new car turns everything you thought you knew about hypercars on its head. Should you still be clinging to the notion that EVs are somehow missing something, prepare to be converted. Forever.

You’ll have heard of Croatian upstart Rimac, of course, and if you read TopGear.com regularly you’ll be acquainted with the company’s CEO and founder, Mate Rimac. As with the likes of Steve Jobs, Mark Zuckerberg, Jeff Bezos and yer man Musk, a certain cult of personality has grown up around Mate, partly because the internet likes that sort of thing, but mainly down to the fact that he has a brain the size of a planet and doesn’t stop until the ideas pinging around his head are made real.

Yep. The new Nevera, formerly known as the C_Two, is a machine that aims for the stratosphere despite hailing from a country with precisely zero indigenous car industry and a population of four million.

Let’s just run through the headline facts. Naming a car is always tricky and Nevera doesn’t entirely work in the English language, but a nevera is an electrically charged storm that whips up unexpectedly off the Mediterranean and can pummel the Croatian coast at speeds of up to 155mph. Appropriate, then, if somewhat more leisurely than its new four-wheeled namesake.

The car’s architecture encompasses a 6,960-cell, 120kWh Lithium/Manganese/Nickel battery pack in an H shape along the spine and behind the cockpit. There are four surface-mounted permanent magnet motors driving each wheel individually, the most advanced torque vectoring ever achieved and a power output equivalent to 1914bhp and 1,740lb ft of torque. (If it sounds similar to the Pininfarina Battista’s set-up, that’s because it is – Rimac supplies Pininfarina, amongst others, including Aston Martin, Ferrari, Hyundai, Koenigsegg and Porsche).

A pair of single-speed gearboxes are connected to the front and rear wheels. The Nevera has a range of 340 miles WLTP and hooked up to a 500 kW charger takes 19 minutes to go from zero to an 80 per cent state of charge.

It is said to be 258mph, but Rimac’s chief test driver Miro Zrnčević admits to us that despite a highly rigorous test programme, they haven’t quite got there yet. What we do know is that it accelerates to 60mph in 1.85 seconds, 100mph in 4.3secs, and demolishes the quarter mile from a standing start in 8.6secs. Oh, and 186mph is dusted in 9.3 seconds, which makes the Nevera marginally faster than a contemporary F1 car. Consider that it weighs 2,150kg and you get some idea how utterly nuts the physics are here. It also makes you wonder how on earth that mass can be properly constrained, but we’ll come to that shortly.

Rimac plans to make 150 units with prices starting from £1.7m. This is pretty punchy stuff from a guy whose first family home didn’t have running water or mains electricity, and whose initial foray into the business came when he fitted an EV powertrain into a rather shaggy E30 BMW 3 series. That was in 2008. When I interviewed him in early 2019 Rimac had 500 employees. Now there are 1,000, and the foundations will shortly be laid on a new 200,000 square-metre campus on the outskirts of Zagreb which will house 2,500 staff, with as much emphasis on education and healthcare as technology.

Rimac’s knowledge of batteries, inverters and e-motors is so advanced that the company develops and engineers virtually everything itself. It’s also because Mate Rimac is out-pacing everyone else. Clearly, this is where the big play is and what’s attracting the investors. Yet Mate is adamant that the Nevera isn’t just a pretty showcase for the company’s expertise. He’s absolutely committed to creating a hypercar that can take the fight to all the established big guns: in quality and execution as well as performance, and a big chunk of his new HQ is devoted to Nevera manufacture. To paraphrase Johnny Rotten, he means it, man.

Is there science to its design?

While there’s a certain familiarity to the Nevera’s form language, this ain’t no piece of exotic vapourware. Given the car’s vast performance potential, the shape is largely dictated by aerodynamic and cooling requirements, although it does still feature Rimac’s signature ‘cravat’ motif ahead of the rear wheelarch.

“The neck-tie has provided a symbol of Croatian strength and identity since the 17th century,” says the company’s design director, Adriano Mudri, although like everything it’s also functional: in this case acting as an air intake for the rear cooling systems.

The Nevera’s body – the diffusers, intakes, splitters and radiators – have been worked over tirelessly by an army of CFD experts to deliver a 34 per cent improvement in aero efficiency compared to early prototypes. The front bonnet profile, underbody flap, rear diffuser and rear wing can each move independently, and switching from a low drag mode to a high downforce setting has a profound effect: the latter increases downforce by 326 per cent.

Packaging all those batteries is no mean feat, so props to all involved for delivering such an elegant looking car. Rimac wanted something that was easy to use, with a decent H-point and above average-for-a-supercar-visibility.

Job done: the butterfly doors eat into the roof in a Ford GT-like manner and you don’t need to be a Soviet gymnast or Yoga master to get in and out. The view ahead is clear, the car easy to place on the road, rear visibility not bad. And when you pull those doors shut they close with the resounding finality of a cell door in a Belarussian detention centre. Watch the Nevera on the move and the more you appreciate the nuances of its shape.

“The first true pure-electric hypercar is a sensation, as is the company that makes it”

There’s a lot to unpack here. This is the first true pure-electric hypercar to land, and there’s definitely a pioneering feel to the Rimac Nevera. This thing’s quarter mile time blitzes the Bugatti Chiron Sport’s and its pace everywhere is intergalactic. But the most powerful ICE cars generate huge character, and it’s their engines and the noise they make that tend to linger longest in the memory. Even the highest of high performance can become… one-dimensional.

But we’re happy to report that the Nevera engages on multiple levels, and transcends the idea that its primary focus is ones, zeroes and algorithms. It feels like a car that’s been engineered and developed by people who aren’t just way ahead of the technological and software curve, they have an innate feeling for the hardware too.

Put all the elements together and you have a car that isn’t just hugely entertaining, it also feels like a genuine milestone. Think of Rimac as a sort of techno Pagani, with as much focus on artistry as artificial intelligence. And remember that the company has a whole load of other stuff going on, too. What a trajectory these guys are on.