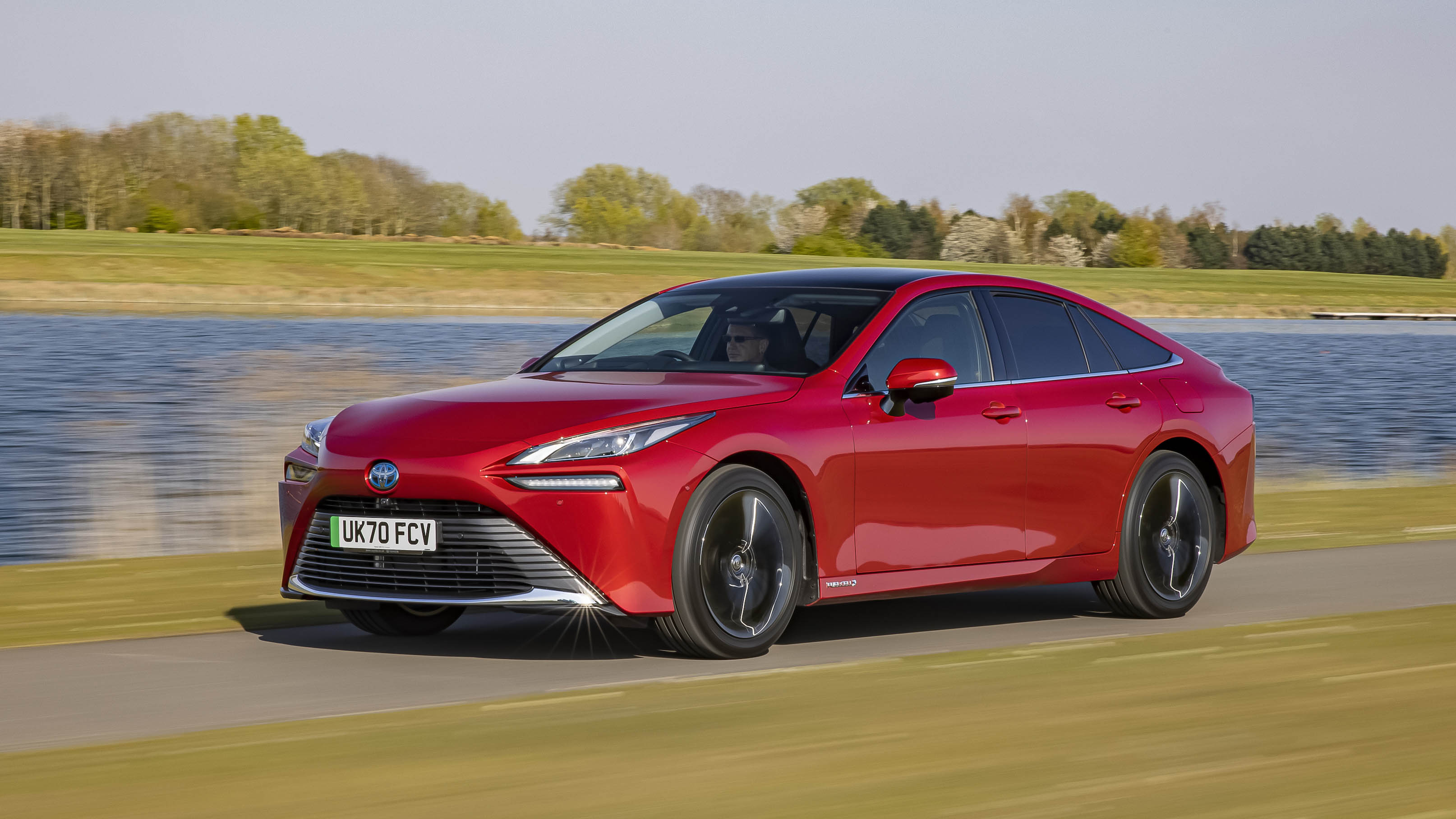 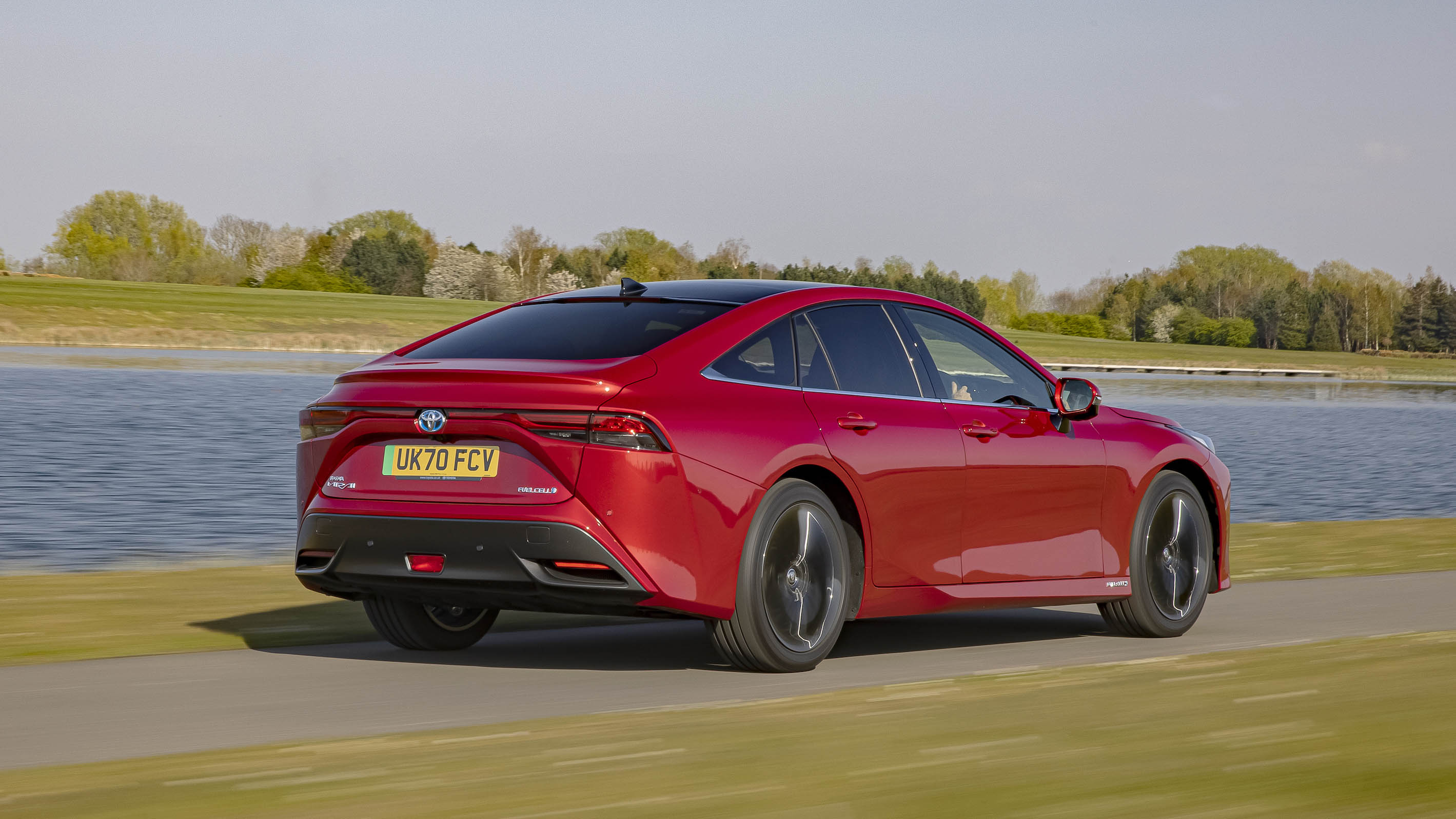 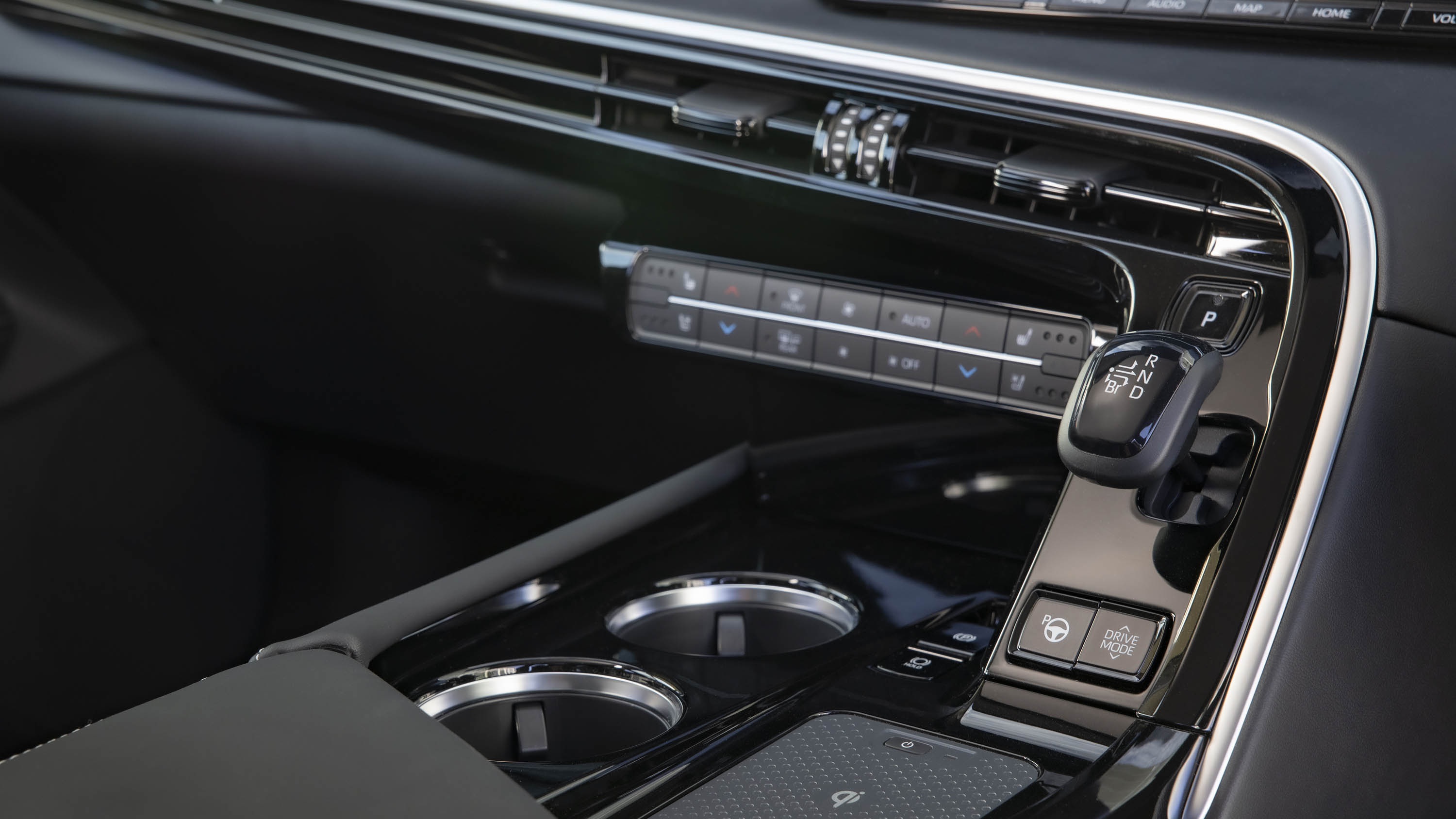 1 / 20
Advertisement
“The culmination of decades of work for Toyota, but it's for very specialist cases and hydrogen cheerleaders only ”

UK hydrogen is scarce, expensive and not always renewably produced

You could be forgiven for missing the significance of this car. It looks like an ordinary – if elegant – Japanese big saloon. Inside and out. It rides and steers like one too, though in an especially refined and well-sorted way. The ordinariness is of course precisely the point.

This is the fuel-cell car going mainstream. It drives like a big electric car, goes notably further on a tankful than they do on a recharge, fills up in 10 minutes, and costs less to buy than a big 300-mile battery car.

Is that the smell of exotic dung? Open the window, while we address the elephant in the room. There are only a dozen or so public hydrogen stations in Britain. So you won't be getting a Mirai unless, say, you run a regional taxi or limousine company and are near a hydrogen pump. Or indeed can install your own.

There are good arguments why hydrogen can in future exist alongside and complimentary to pure-battery cars. Especially, too, why it's a great solution for local bus and lorry fleets that do regular runs. Once those commercial fleets are established, there will be more hydrogen available for cars, and that means more cars will be sold. Click here for Hyundai-Kia's approach to proliferation of hydrogen. Toyota's is similar. Those two mega-corporations' efforts added together make quite a force.

But we're here to talk about the Mirai itself. The outgoing Mirai looked like the science project it was. The new one is a car. And an uncontroversially pretty one, its big wheels emphasising the low shark-like front end and fastback tail.

You know the fuel-cell drill. High-pressure hydrogen is kept in cylindrical tanks in the car. The new Mirai packs one tank along the centre tunnel, one transversally under the back seat, and another under the boot. The hydrogen is admitted into a 'stack' of fuel-cells. Purified oxygen is pumped into the other side of each cell, separated from the hydrogen by a membrane.

The hydrogen atoms WLTM oxygen, and to do it they shed their electrons so their nucleus, a proton, can permeate through the membrane. The liberated electrons jump around the cell, via circuits that power the car's drive motor. The hydrogen, oxygen and returning electrons combine to make pure water, the only emission.

The new-gen Mirai's fuel-cell stack has been reduced in cost, crucially, but also in physical size. So it can live under the bonnet, along with the oxygen fans and purifiers and high-voltage electronics. The drive motor is at the back, whereas the old Mirai was FWD. Above the motor is the hybrid battery.

Yup, it's a hybrid, because that means the fuel-cell's output needs only be sufficient for continuous cruising, while the battery can augment that power to give the motor an extra kick during all-out acceleration. Also it gives better response, because any fuel cell is a bit laggy. But don't worry: the Mirai sidesteps the Prius rubber-band effect because the motor drives the wheels directly through a single fixed gear ratio.

The 3D jigsaw of all these systems is fitted in a way that matches for space the components in a rear-drive petrol hybrid. So the Mirai has a rear-drive platform shared with new Lexus cars. That's good for comfort and quietness, and proper multi-link suspension all-round gives hope for an improvement on the original Mirai's canoe-like dynamics.

For its manufacturer, this new Mirai is a proper business, not a low-volume proof-of-concept. Toyota expects to sell 30,000 a year, a ten-fold increase on the old one and about the same as BMW sells of the i3.

While it's a better and better-equipped car than the old one, it's going to be 20 per cent cheaper to buy or lease. Prices start at a fiver under £50,000, with business contract hire – including servicing and care – from around £450 a month. At launch, anyway. Toyota really wants to get the fuel cell ball rolling with some momentum this time around.

“The culmination of decades of work for Toyota, but it's for very specialist cases and hydrogen cheerleaders only”

The Mirai is a big, luxurious car. Luxury saloons with a PHEV powertrain are the same price. All-electric ones considerably more. It's a bit slow, but it makes up for that in refinement and comfort. The suspension is ideally set up for the sort of use the car will get. It's a nice place to pass time and distance yet will drive with impressive vigour (if not outright sportiness) if you’re dashing somewhere.

Which makes it an amazing achievement, the culmination of decades of obsessively detailed optimisation and cost-reduction work for Toyota. If they can sell as many as they expect, general fuel-cell prices will fall further, from which will follow more cars and more stations.

That said, in Britain the fuel issue means we wouldn't tell you to get one yet. It's for very specialist cases - and hydrogen cheerleaders - only. But if that sounds like you, this is a big step on from the first Mirai.