£32,685 when new
Read why you can trust our independent reviews
Paul Horrell
Published: 31 Mar 2017
comments
Skip 36 photos in the image carousel and continue reading 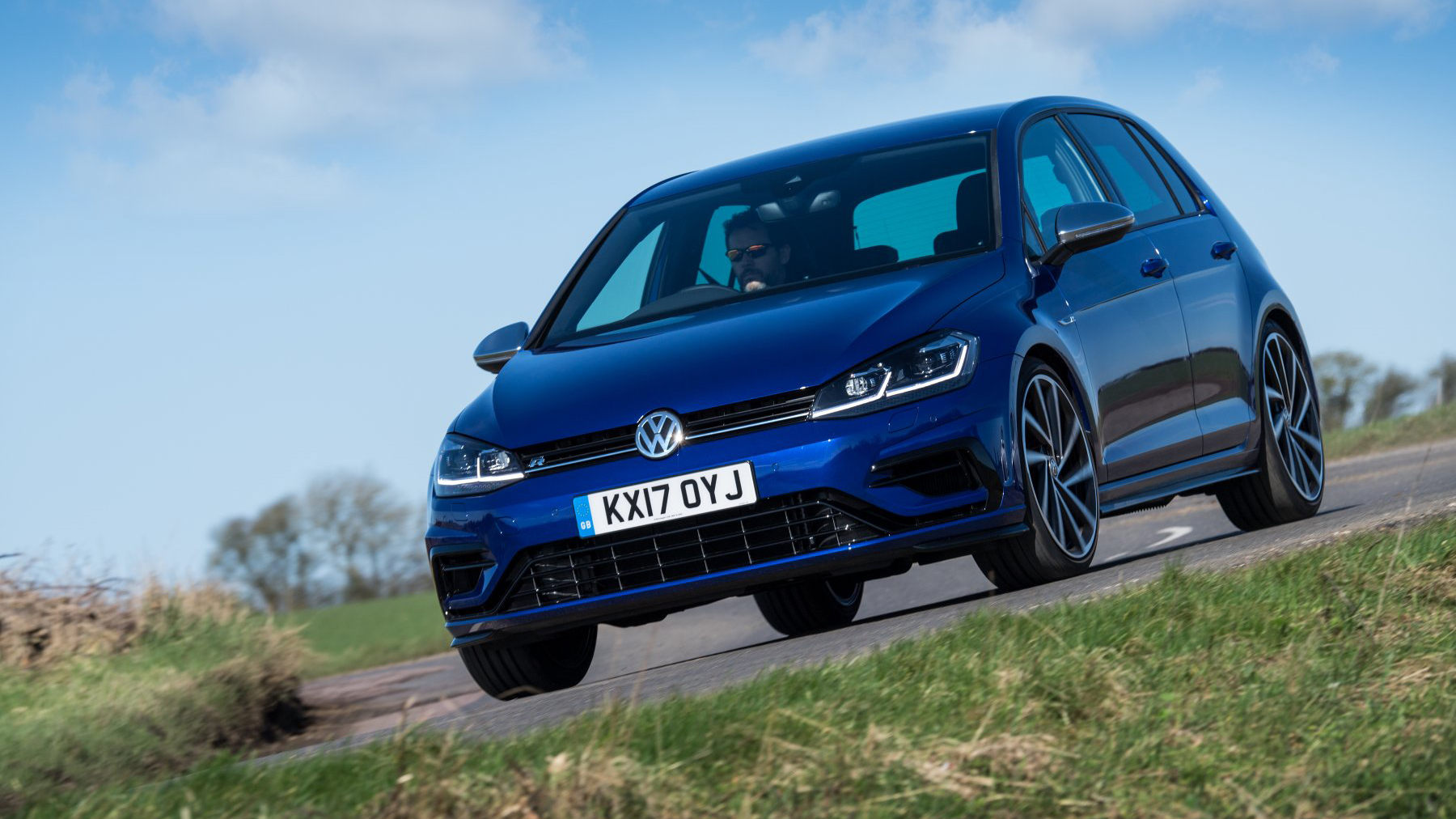 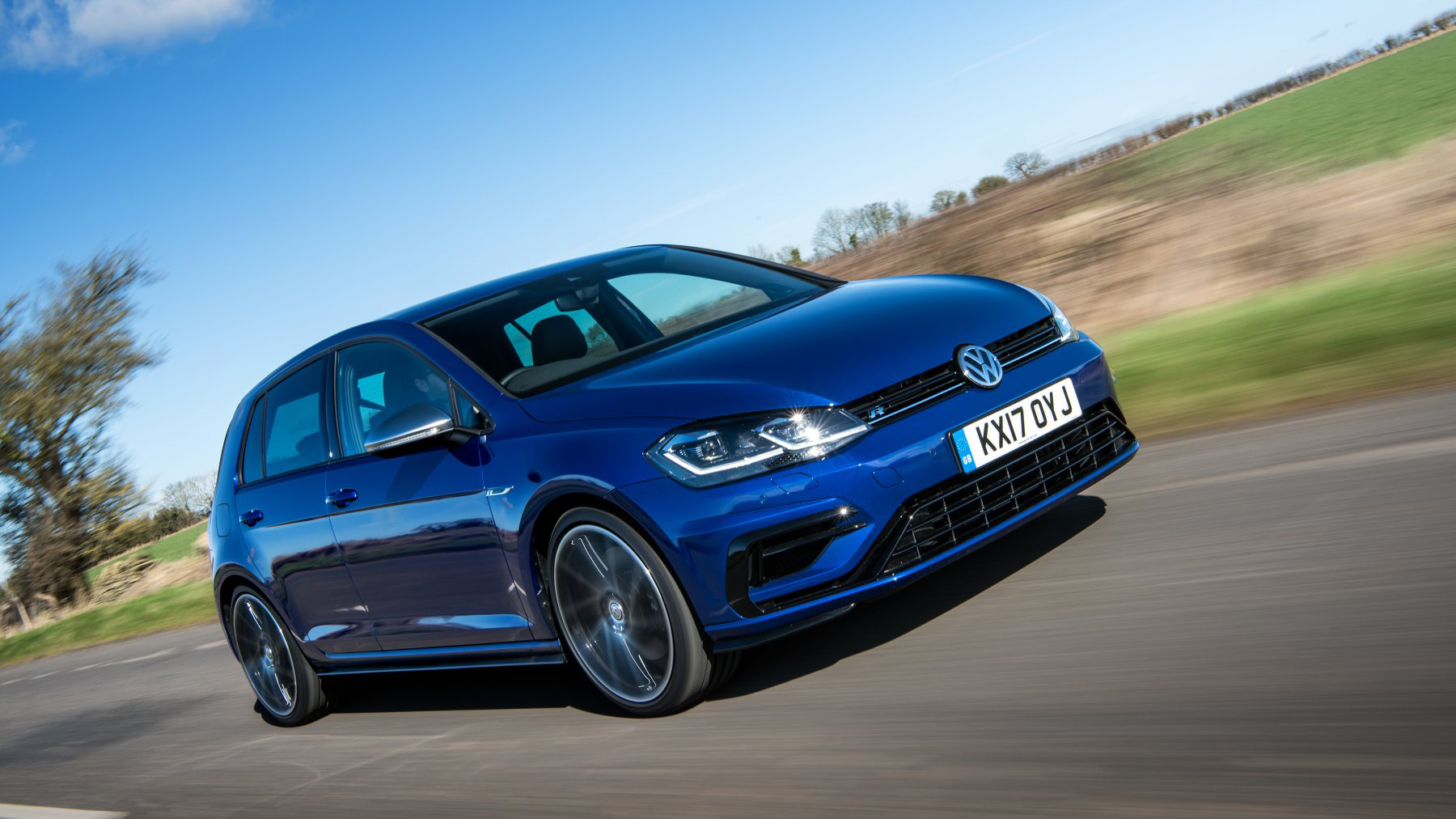 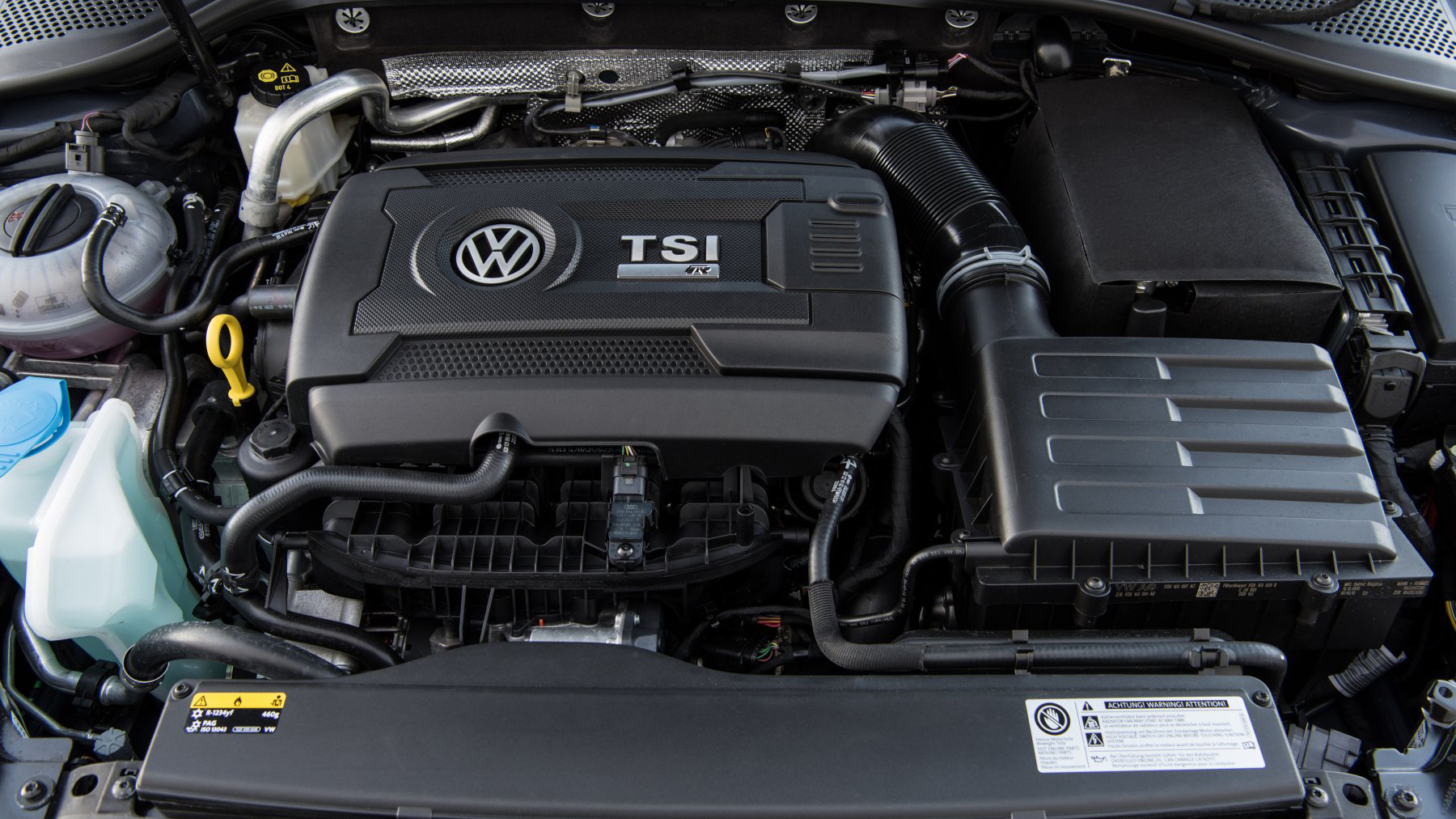 Refreshed rather than renewed. Which is just fine by us because we don't have any argument with what's gone before.

Very little mechanically. In fact, just one change – the engine rises to 310bhp. That gains it loads of TopGear kudos, since this is the exact same motor fitted to the limited-edition Golf GTI Clubsport S. The machine pedalled by Sabine on telly to overtake a £million on a lap of the Nordschleife. Sure the Clubsport S did without the back seat and the AWD of the R, so it was lighter. (Except in that instance the weight cut was offset by the profusely terrified mass of our Rory.)

Anyway, we digress. Today's R mates its 310bhp to an unaltered mechanical remainder: sports suspension with or without adaptive dampers, 4WD, system, manual or DSG box. Our tester was a manual with passive chassis. Except passive is the wrong word, as we'll see.

They must have done more than add 10 horses?

Cosmetic tweakage on the outside. A new bumper and light arrangement. The headlamps are LED, and so are the tail-lights, with sweeping indicators. The bumper has black-lipped ears on its outer edges to gulp air in – but those intakes don't have the GTI's strakes so they look less aggressive. By the same token it eschews red stripery. That's how the R rolls: it's your secret. Well, except the four tailpipes give the game away, like wearing a jetpack with your single-breasted suit.

New trim, virtual cockpit TFT dials (all the performance Golfs now have these as standard), and an uprated high-res navigation system with online connection via your phone for CarPlay and traffic apps. You can uprate that screen to a 9-incher with gesture control for £1300, but you really mustn't because then you lose the volume and zoom knobs, and it becomes a frightful pain to use. Yes you can use the volume controls on the steering wheel, but that has so many other buttons that you'll keep altering the cruise speed or something.

Maybe a smidge faster, but it was always ballistic anyway. Because it's compact and has unerring stability and stout all-weather traction, and because the gears are relatively short, the usable acceleration on B-roads is to all intents and purposes supercaresque. The engine is game as you like, revving hard well beyond its 6,500rpm red-line to a soft limiter somewhere near 6800.

The DSG will whip to 62mph without interruption in 4.6sec, while the manual loses a couple of 10ths while you tug the lever. Even so, the manual suits the car, and it's a good one once you've got used to the narrowness across the gate.

It goes hand-in-glove with the performance. The steering isn't the over-quick kind, but it's reactive and precise, and not bothered by the bumps and cambers that so upset the Focus ST. And you don't have to get to the eye-bulging cornering limit before you feel messages from the tyres. If the headbanging Focus shouts at you in CAPS-LOCK, the Golf speaks in poetry. Which is surprisingly different from the Audi S3, a chassis limited to a sparse few emoji.

Will it fit my life?

C'mon, it's a Golf. Nicely made, convenient in every way, not even too hard-riding. If you want to look gentle but feel vivid, there are few performance-car questions not answered right here.