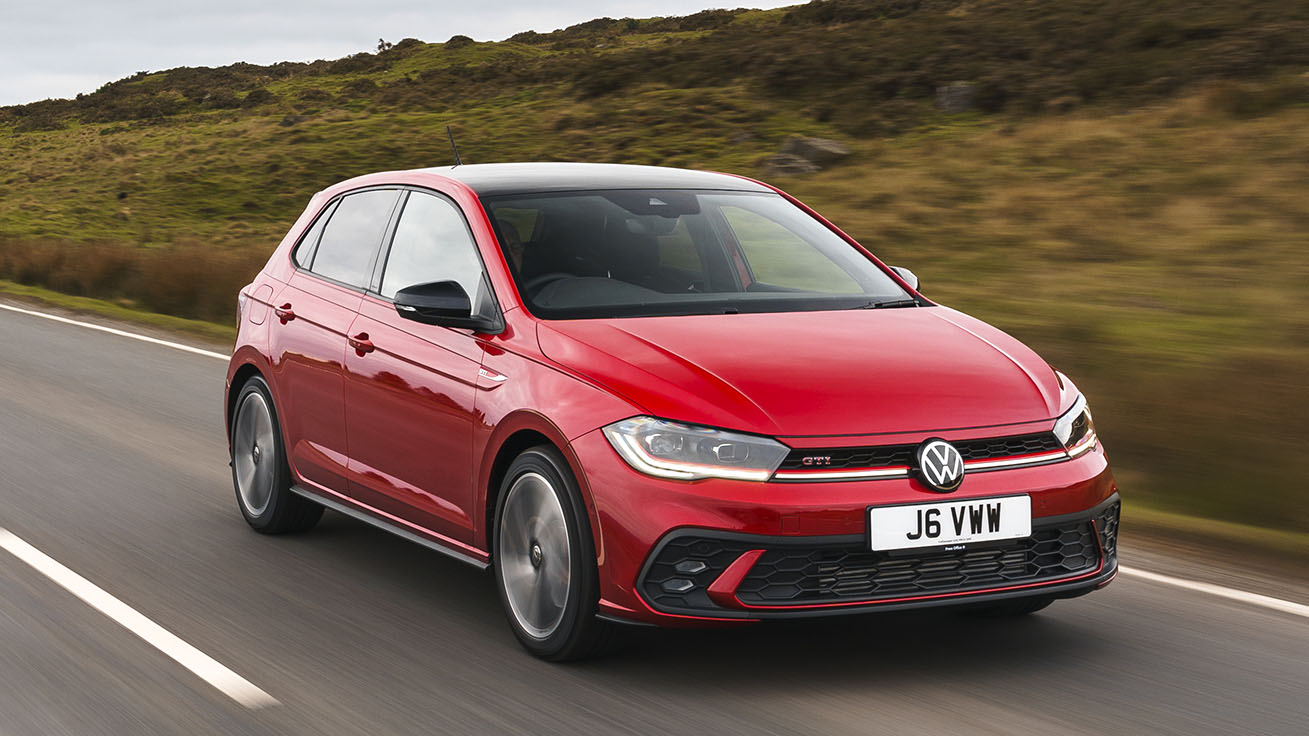 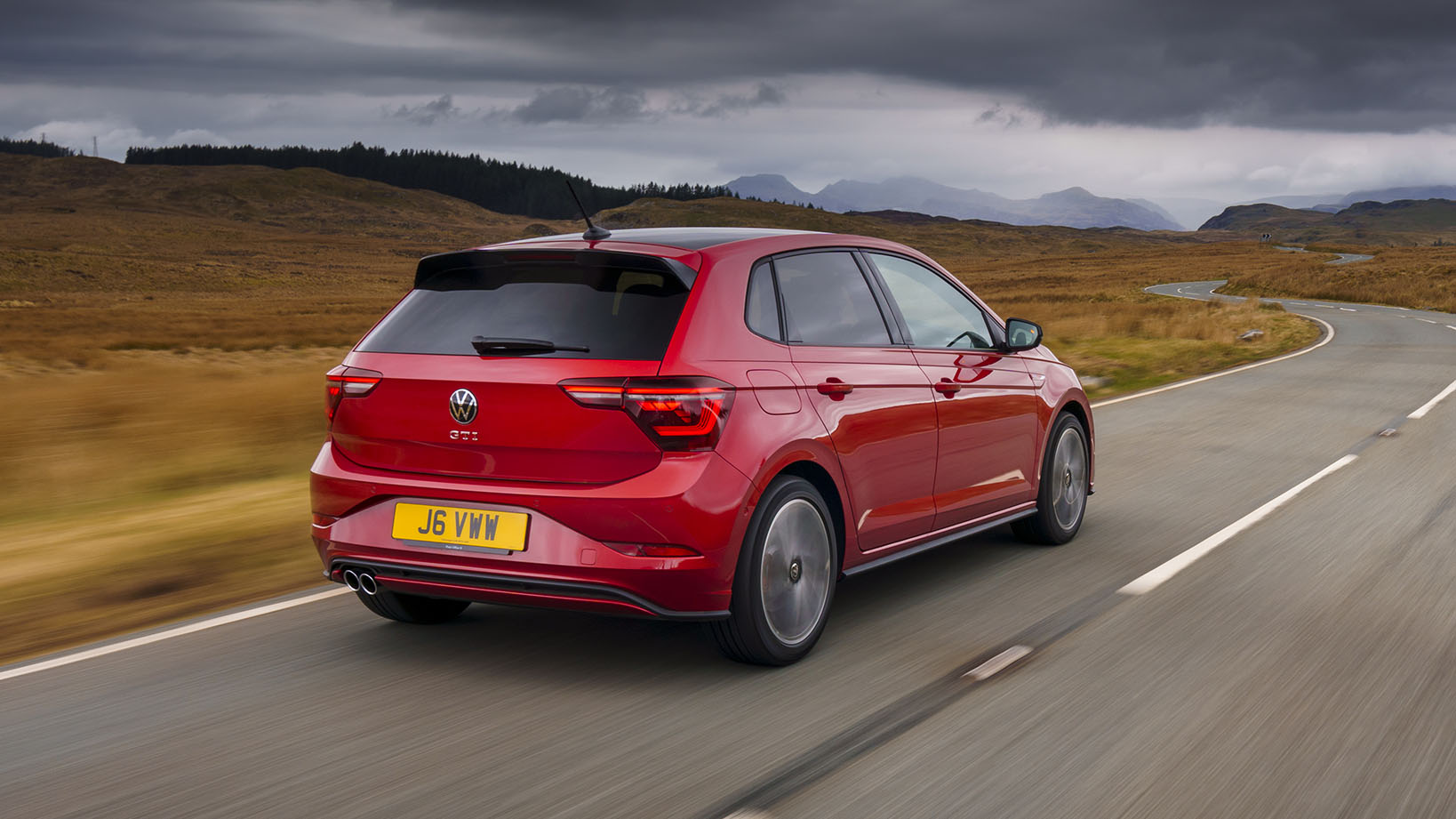 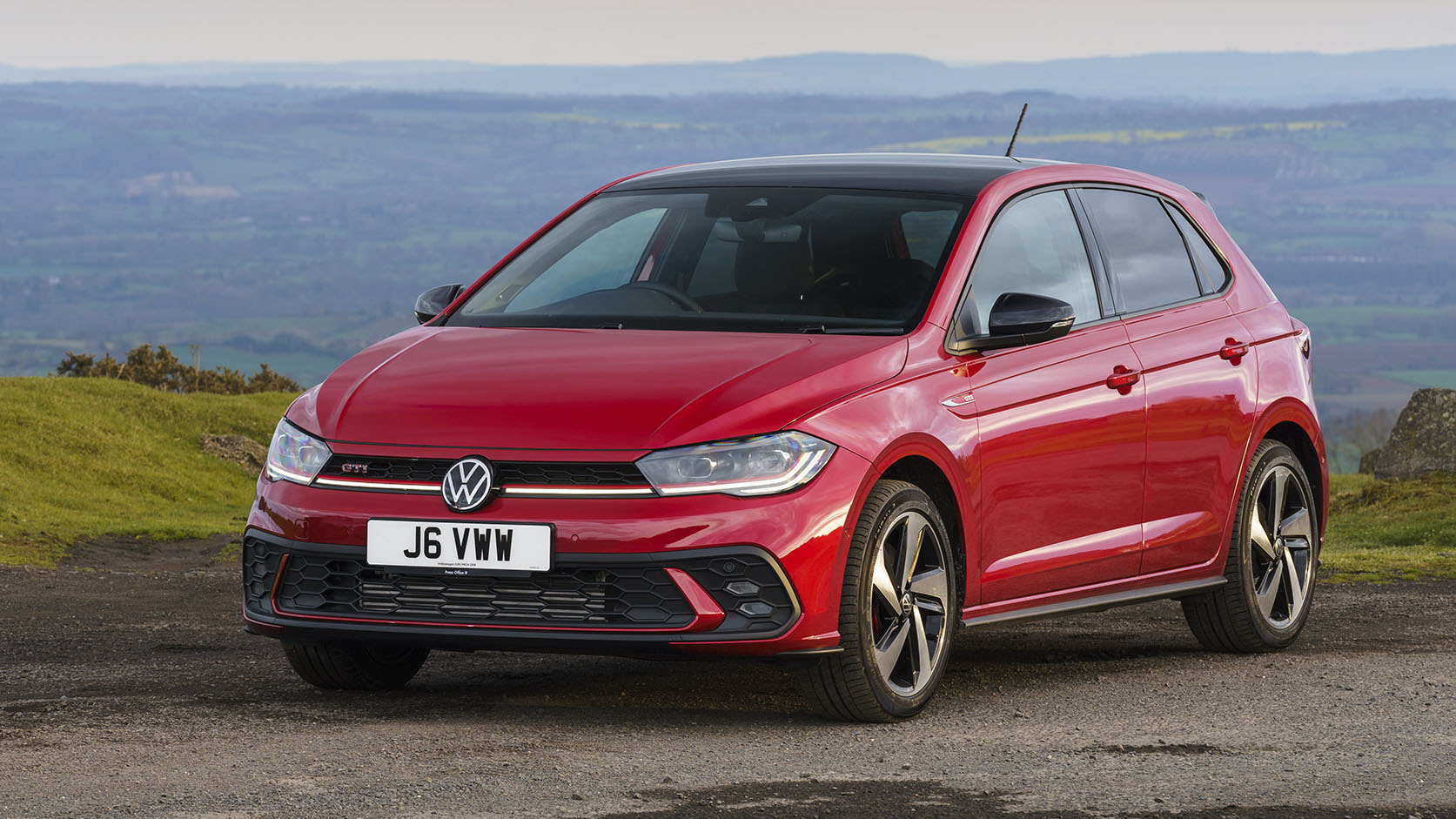 Is the Volkswagen Polo GTI not a very good car?

Here’s the thing: if you tot up all the Polo GTI’s abilities and features, it looks like one heck of a package.

It’s quite quick: with a thoroughly adequate 204bhp it’ll scrabble from 0-62mph in 6.5 seconds and go on to a top speed of 149mph. That’s right up there with the best of ‘em. And by ‘best of ‘em’, we mean the Ford Fiesta ST and Hyundai i20N – the very finest small hot hatchbacks you can get.

It’s also frugal. You’ll get 40mpg without much effort if you cruise, and average 35mpg on a whole tank. Another tick in the ‘plus’ column. And there’s an 800-Watt Beats sound system, so you basically get Dr. Dre thrown in with your German shopping car. Nice.

And people will know I’ve bought the sporty one?

Yep, the Polo GTI also looks the part. For 2022 VW has given it an update: spot the new fins in the front bumper, an LED light-bar to emphasise width, stance and presence (aww, bless) and some LED spotlights glinting through the lower intakes. You get cherry-red brake callipers, a twin-outlet exhaust (real pipes, not fake trims) and a smart set of 18-inch Y-spoke alloy wheels. Every inch the pucker little tyke.

So what’s the problem?

A small hot hatchback often has a very defined character: cheeky. The Fiesta ST and Hyundai i20N have that impish, naughty sense of humour about everything they do. So did the Mini Cooper S and JCW before they got too fat and grew grotesque faces that look like an allergic reaction to wearing a wasp’s nest as a balaclava.

But what the Polo GTI tries is to shrink the character of a Golf GTI into a supermini-sized box. And that’s the problem: the very reason we like Golf GTIs is because they are grown-up sensible hot hatches for people who never had an ASBO or ended a sentence with ‘innit’. You get me?

And the new Polo GTI doesn’t solve that problem?

Nope – it’s still a bafflingly joyless car. Pretty impressive really: to put 200 horsepower in a small car and not come out smiling.

What are the problems?

Let’s begin with the 2.0-litre engine, which ticks every box its clever German engineers could have asked it to. It makes plenty of power and a chunky 236lb ft of overtaking-friendly torque from 1,500-rpm right through to 4,500rpm. So you end up driving it like a diesel. Why rev it out? Just grab another gear and keep on surging.

Gears are grabbed not with a manual lever, but a paddleshift. Unlike the manual-only Fiesta and i20N, the Polo has a DSG USP – it’s automatic-only. As Renault found out a few years ago, bunging an efficient but ultimately uneventful DCT gearbox into a small hot hatchback when your rivals have snickety manuals is a buzzkill. Especially when it auto upshifts when it – not you – choose, and kicks down into a stupidly low gear even when you’ve taken manual control. Gah.

Even the noise is tempered. In Normal mode, there’s barely any engine hum. Pop it into Sport and it just goes gwwwwaaaaarrrrr all day long. No tone changes, no pops, crackles or zings. Just the same blare through the speakers. Gwwwwaaaaarrrrr…

Volkswagen has not skimped on the upgrades. A GTI rides 15mm lower than a standard Polo. This time VW has also stiffened up the rear axle mounts and fitted beefier front suspension components. As a daily-driver, it’s a comfier, much less jolty companion than the hard-riding Fiesta or i20N. It’s mature, composed… and stays mature and composed even when you want to be immature and silly.

Where its rivals goad you, the Polo sniffs with derision if you try to trick it into misbehaving. And by now VW really ought to have accepted its system of braking the inside front wheel in a corner to mimic the work of a proper limited-slip differential dulls the car’s responses when you’re really going for it.

Hang on. If the Fiesta ST and i20N are so extreme maybe it’s clever of VW to make the Polo GTI more grown-up? It has that market all to itself…

True: if you want a fast supermini with private school manners, this is in a class of one. Ironically that’s because the VW Group killed off all the others. There’s no Skoda Fabia vRS any more, and Cupra has failed to deliver a performance-spec Seat Ibiza.

It still seems like an odd recipe though: being the most straight-faced small hot hatch. That’s like trying to be the world’s politest comedian or most ear-friendly rock band. Bit of a paradox.

The dastardly saboteurs who’ve infiltrated Wolfsburg and currently pose as Volkswagen interior designers have had a good go at ruining it.

They’ve thrown away the lovely old button-equipped steering wheel, replacing it with the awful haptic feedback one from the current Golf GTI. Heater controls have been made 300 per cent worse with a pointless touch-sensitive panel.

Happily there wasn’t enough budget left over to swap out the 8.0-inch touchscreen for one of VW’s more recent (and far laggier) efforts. You still get a proper volume knob too. Phew.

The token tartan seats sport tiny bolsters designed not to clasp you in a corner, but for boomers to clamber over without slipping a spinal disc. There are no special graphics or animations. Which you might expect, when asked to pay £26,430.

Isn’t that the going rate for a small hot hatch these days?

Yes, the key rivals are up there on price too. This VW is actually a few hundred quid cheaper than a Fiesta ST-3. But if that’s too raucous for you, and saving money is a boon, then why not just have a high-spec, normal-engined Polo with an automatic gearbox?

That’s a fine car that’s comfortable in its own skin. The GTI doesn’t seem sure what kind of car it wants to be – so where a Golf GTI is the definitive ‘all things to all people’ daily driver, its little brother here is sort of ‘nothing to anyone’.