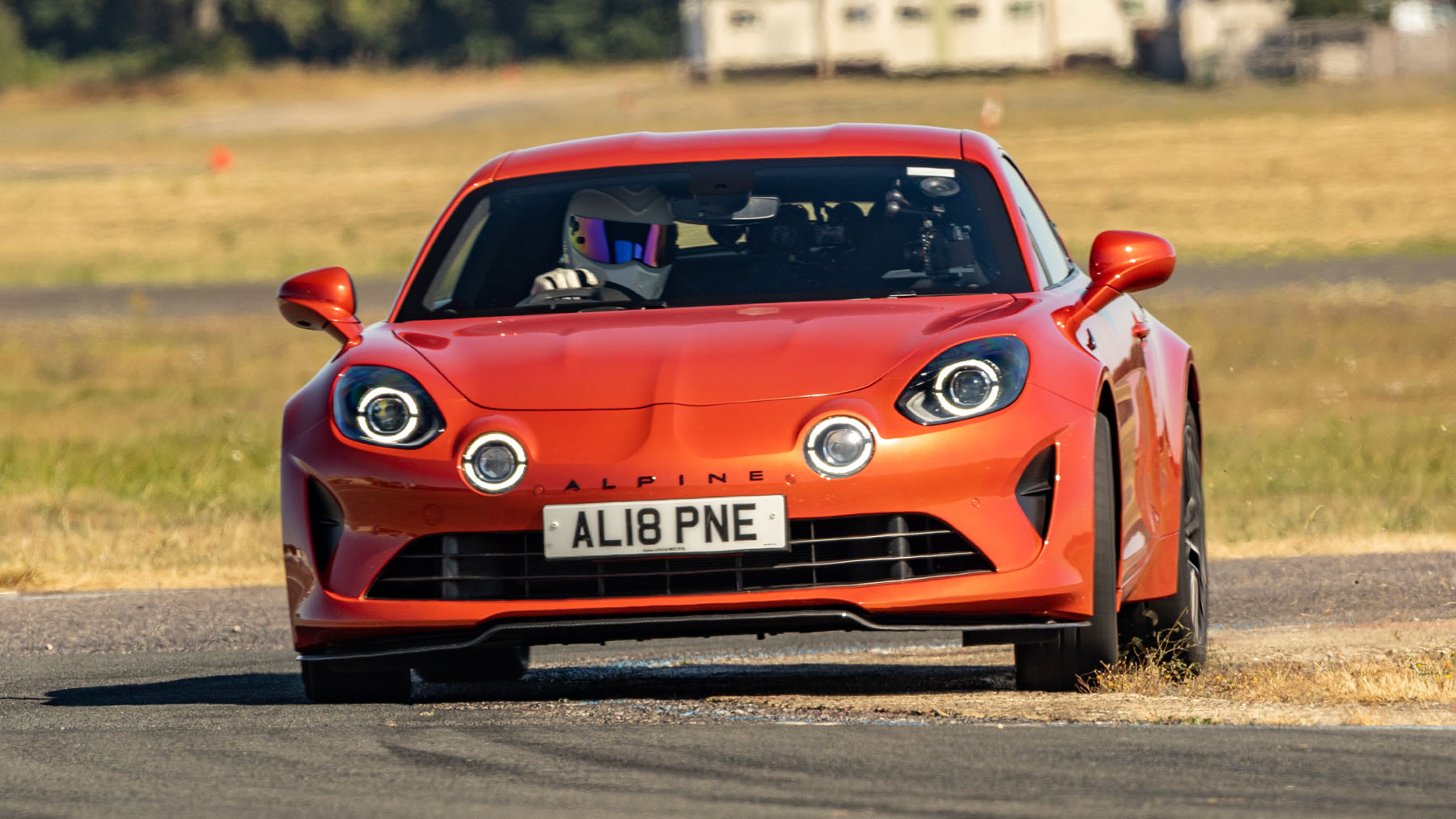 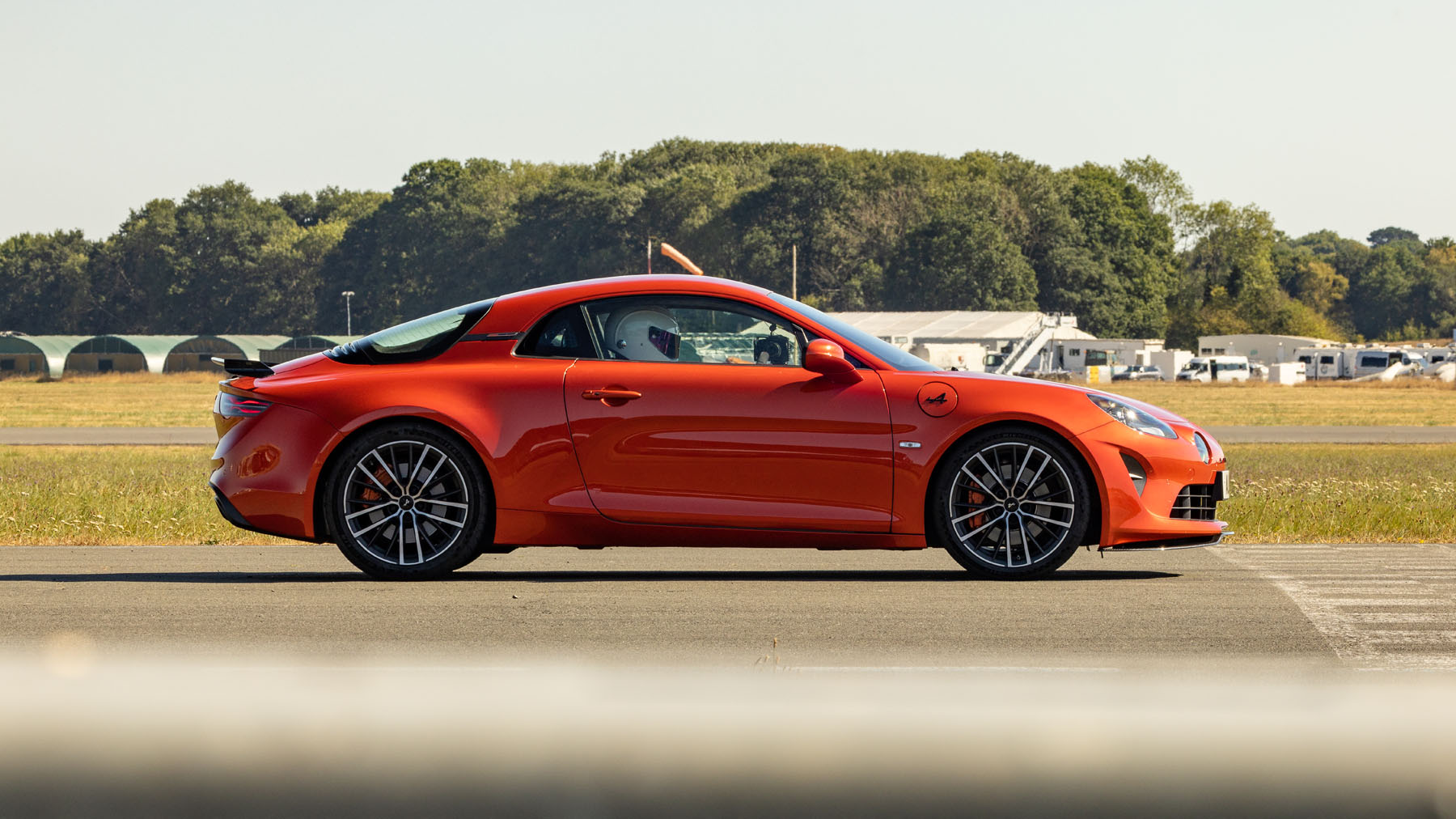 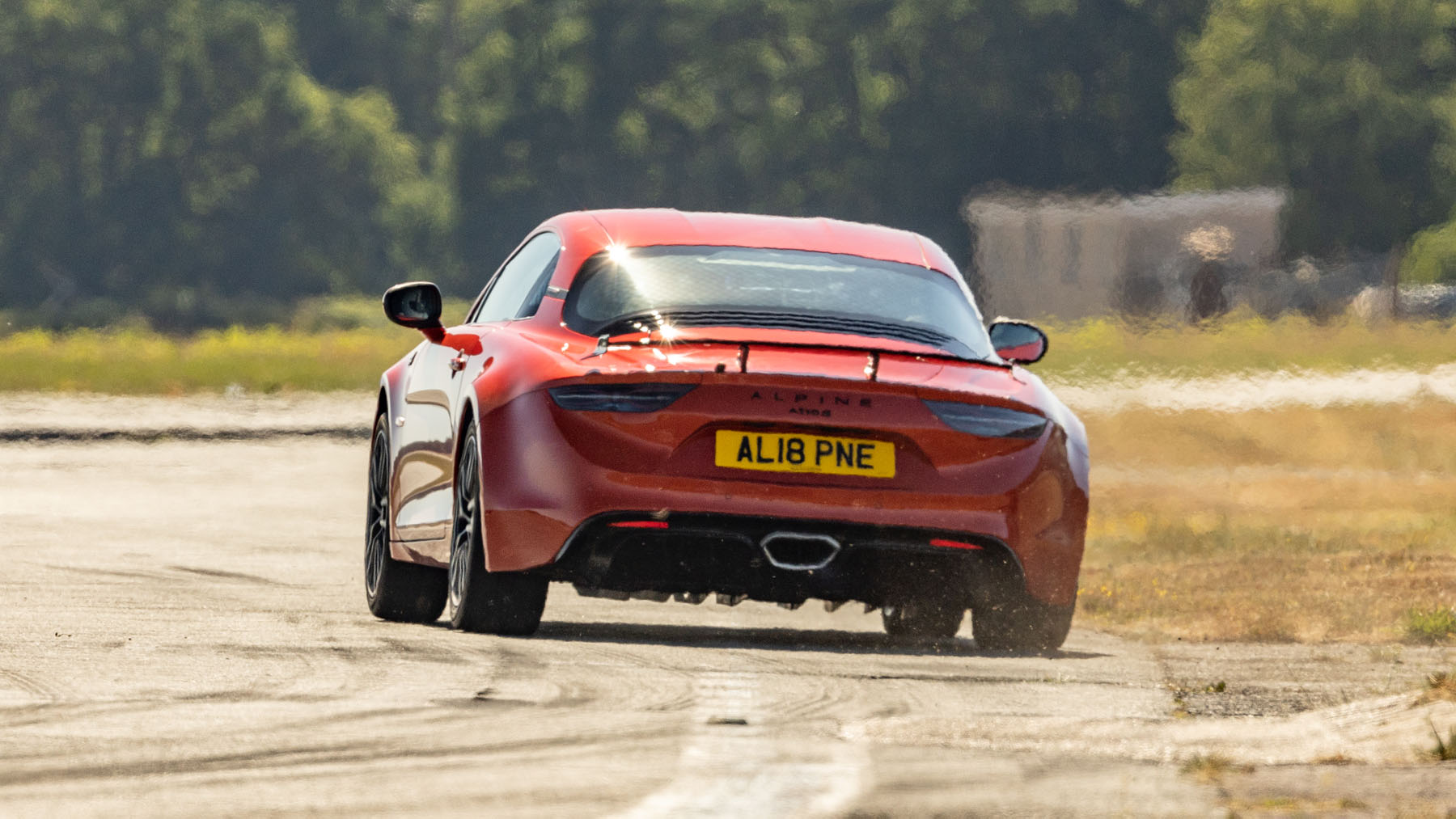 Month two with a new car and it’s off to Stig. Great. At least it’s not new, new – the A110S came to us with 5,000 miles on the clock. Run-in enough to take it down to Dunsfold, present it to the white clad auto assassin and stand well back.

Now, Stig isn’t the biggest fan of the standard A110. Too soft and squidgy said the sad slope of his shoulders when, back in series 25, it put in a 1min 22.9sec lap. Which made it faster than a Toyota Supra, and matched a Ferrari F430. So how much faster is the little Alpine with stiffer suspension, uprated brakes, wider, stickier tyres, a wing and an extra 40bhp?

Er, 0.6secs. Hmm. Not a whole hill of beans, is it? A 1min 22.3sec lap. I’m struggling slightly to see why the gap wasn’t bigger. This time round it’s running on Michelin’s track day-targeted Pilot Sport Cup 2 rubber (a £640 option), conditions were warm and ideal and looking at how hard he was going, Stig clearly wasn’t having an off day. He’s never had one of those.

Yes the A110S is 20kg heavier, boasts no more torque (236lb ft), and I suspect the optional carbon fibre rear wing (a mildly bonkers £4,650 although you do get a carbon front splitter thrown in) actually creates more drag than it does aero benefit, but the main factoid I want to throw in here is that stiffer isn’t necessarily faster. When I test straight line acceleration, cars are normally quickest off the line with dampers in their softest setting. The extra squidge pressures the tyres more evenly, improving traction (note: this isn’t true for front drive cars, where the weight transfer unloads the driven wheels). The same basic rule applies on circuit, although to what extent a stopwatch alone doesn’t tell.

Lap times, schlap times. The A110S is still a giant slayer (as quick as a Ferrari 360 Challenge Stradale or Audi R8 V10 Spyder) while any race team would kill for a 0.6sec improvement. But in the grand scheme of things the time improvement is irrelevant next to the fact Stig much preferred the A110S. I could read so much into the perky folding of his arms: crisper chassis, better balance and control, less understeer. I don’t dispute any of that – the A110S is more tied down and marginally the more communicative car. But Stig is a binary being: faster = better. But faster = better on road? More investigation is required on this and will come in the form of a road trip to Ireland next month.

Some further points about tracking the A110S. Because it’s so light tyre wear is practically non-existent. Dunsfold’s abrasive surface is hard on tyres, but a car weighing 1,119kg isn’t exactly pulverising its contact patches. No calls from the production team of ‘new tyres, please’ after a morning of full-on Stig-ing. I can back this up – as an entry-level road/track car the A110S is a very, very, very good starting point. It’s small, lithe, nimble, carries big speed through corners without much effort, is as light on fuel as it is on tyres and the slim Sabelt seats are excellent. It gives you confidence, flatters you, looks dainty, yet will have any number of Porsche Caymans, Toyota Supras and BMW M2s panting to keep up.