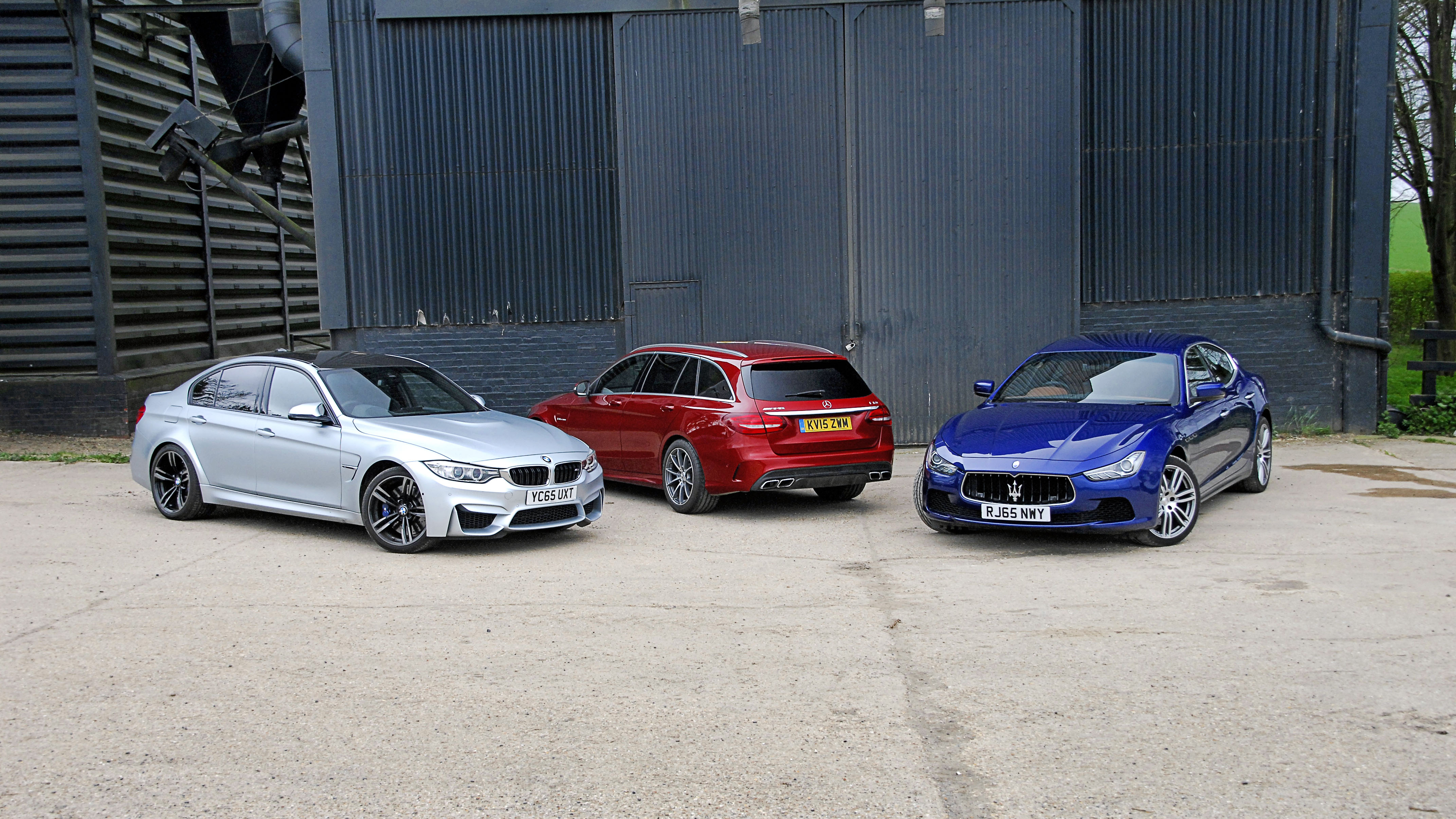 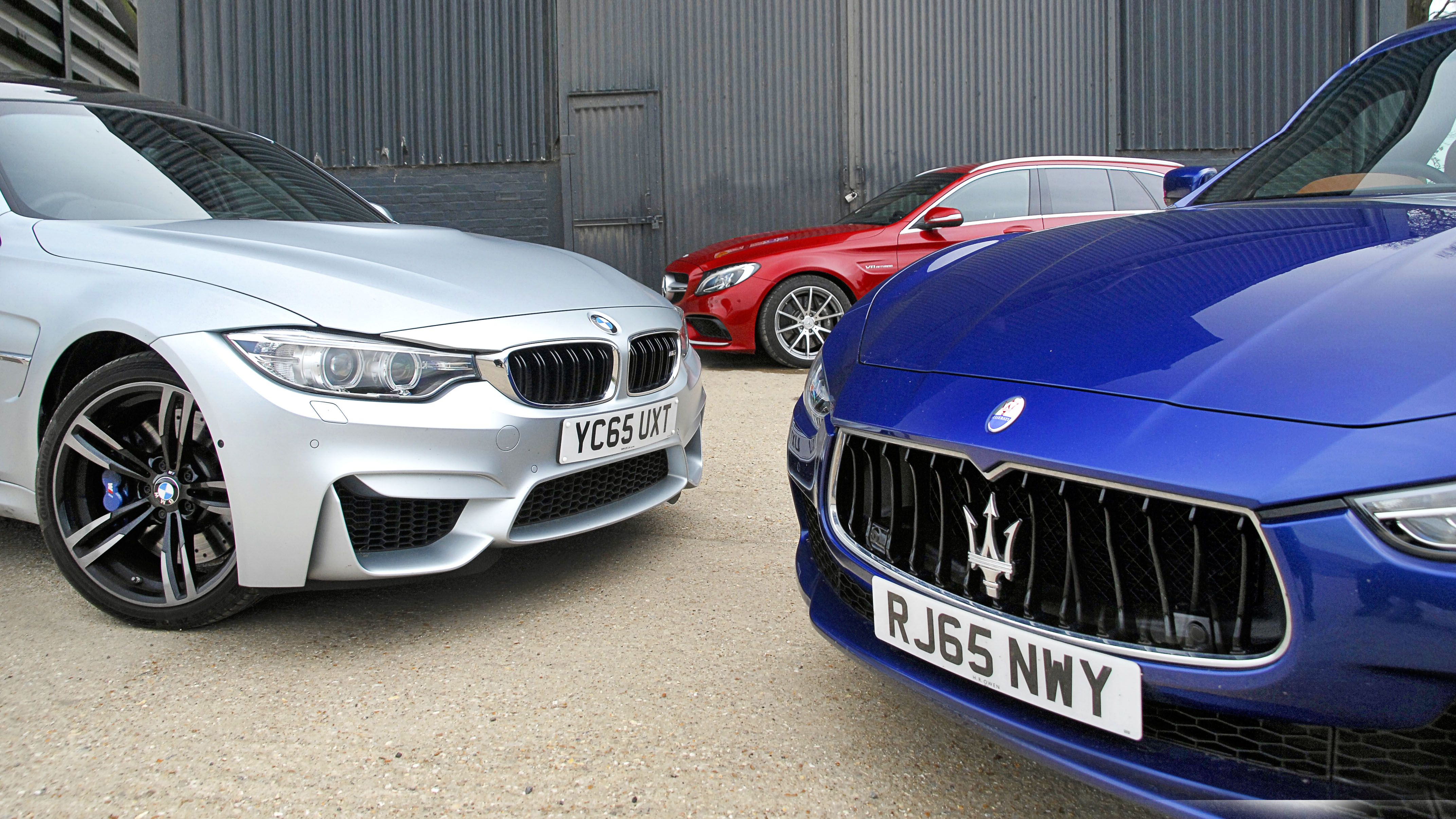 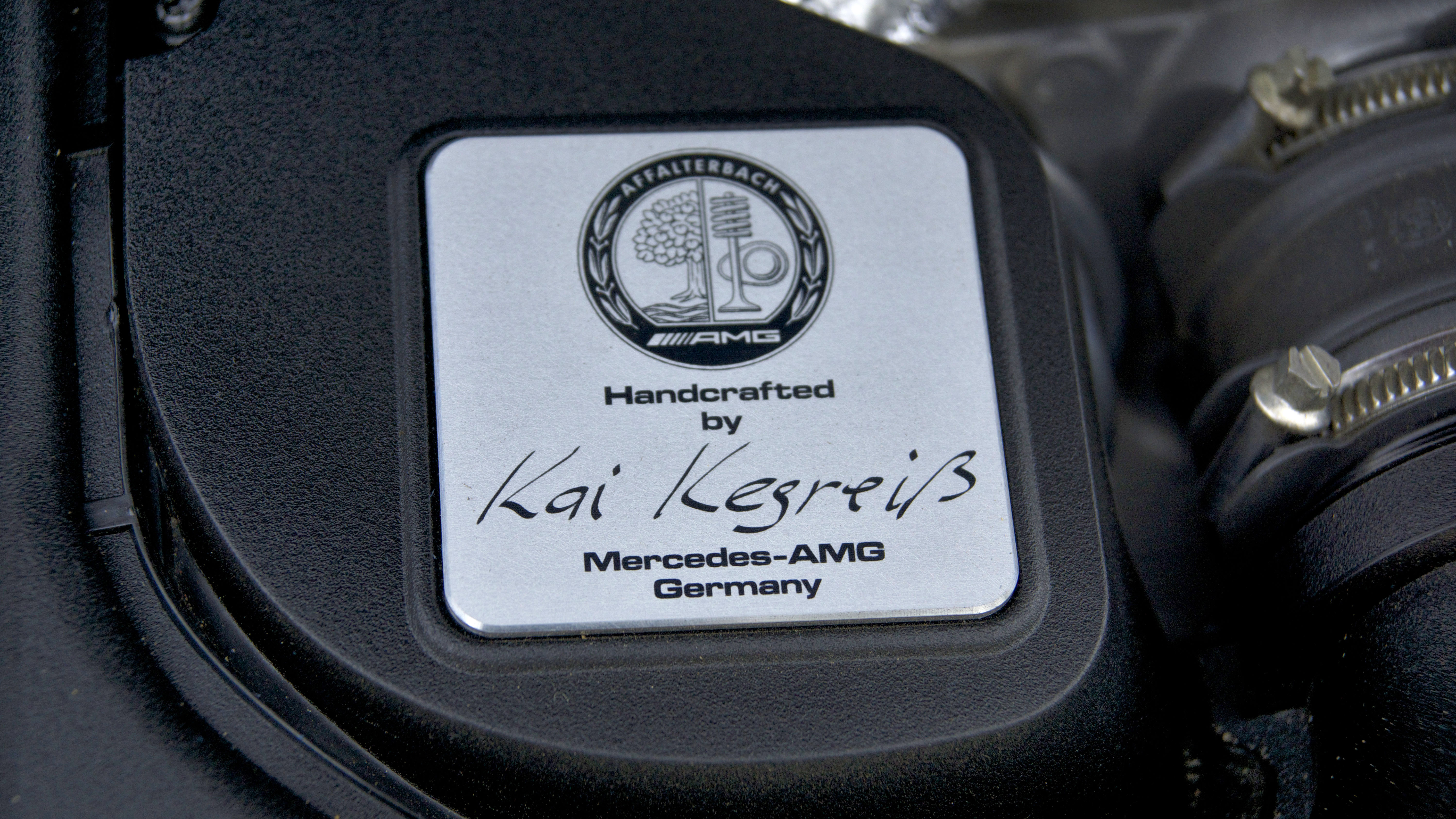 Make mine a triple

A country pub, one lunchtime...

Jason Barlow: So I’m going to kick off by pointing out the Ghibli isn’t the same sort of car as your two. It’s nowhere near as sharp, but nor is it meant to be.

Charlie Turner: But it’s also not…

CT: Well, yes, but Maserati is the most understated, supercool brand.

OM: If there is one brand of car I’d be proud to tell people I drove, it’s Maserati. However...

JB: At least it looks good in the mirror.

OM: I enjoyed following my car earlier – it’s those fat rear arches. I catch people pointing at it in traffic.

JB: I think it’s better-looking than the M4.

OM: Completely agree. Much cooler, too.

CT: The Merc flies under the radar, it’s less showy than the BMW. Do you know what you want?

JB: I am very drawn towards the scampi. You?

CT: I really like your car, Ol. It feels a lot less like a blunt instrument than the Merc, but I love the drama of mine. It’s massively understated externally, and then you fire it up and it turns into a whole different thing. Every downshift is an event, it’s bloody quick and it’s hugely progressive and predictable but not lairy or spiky. Which your car is.

CT: It’s the progression from not understeering to massive [flails arms]. I drove it home last night, and we were nearly having a very awkward conversation this morning.

JB: I think the M3 is alright in the dry, but I imagine it’s horrible in the wet.

OM: Putting it diplomatically, you need to pay attention, yes. But your car... the body control is weak, it lurches about and can’t disguise its bulk.

JB: It feels so heavy. It’s not a B-road weapon.

CT: The steering is bizarre. When we came out of the village and turned right, it went off in a direction I hadn’t asked it to. It’s so variable that it doesn’t relate to what your inputs are, then compounds that by doing different things at different speeds.

JB: The last stretch of those roads I know very well, and both the C63 and the M3 were entertaining in a way the Ghibli just isn’t. It isn’t pointy or responsive, although that doesn’t mean it’s not entertaining in its own way.

CT: It’s not fun in any way. There’s nothing to it, no drama. Remember what Maseratis used to be like? The old Quattroporte was all [emits rumbly, poppy mouth noises]. I once lifted off down the hill into Bishop’s Stortford and it kept fuelling and burbling and coughing the whole way down. And now it’s become… very average.

JB: Either of the other two I would consider getting up early and going for a drive, especially the BMW. I never feel like that with the Maserati, but I’d certainly open the curtains and look at it – it’s a Maserati, for heaven’s sake.

OM: That’s not enough, though, is it?

JB: What do you think about the ride?

JB: So it’s heavy, the steering’s not very good, the body control’s not brilliant and the suspension’s not very good. But what I love is that it’s not a BMW or Merc. I do think that counts for something.

CT: The interior finish. You forgot that. I think it feels cheap. Engineered for profit.

JB: How much are yours with options?

CT: We didn’t put you there to beat you up, Jason, honest. You’ve just bought a knife to a gunfight.

JB: A blunt knife. A spoon. It doesn’t really do…

CT: … anything. And it’s nearly run out of fuel already. You may not get home.

JB: I’ve done 600 miles this week and had to fill up three times. The range isn’t big enough.

Waitress: Who’s having the ham, egg and chips?

OM: Here and there. Ooh, this looks good. So what car would you take away?

CT: For me it would be the Merc – it’s more flexible.

OM: Before this, I thought I would as well because we’ve all got a pair of kids and a wagon makes so much sense. I like the pantomime-ness of the Merc. It makes you chuckle every time you start it up or pull away from traffic lights. However, I’ve proved I can live with a saloon and the M3 is better to drive. But I like what an estate says about me. I want an M3 wagon basically.

CT: Ol, do you want the Merc for the weekend?

OM: Are you admitting on the sly that you’d like to drive my M3 some more?

JB: Does either of you want to swap for the Maserati?