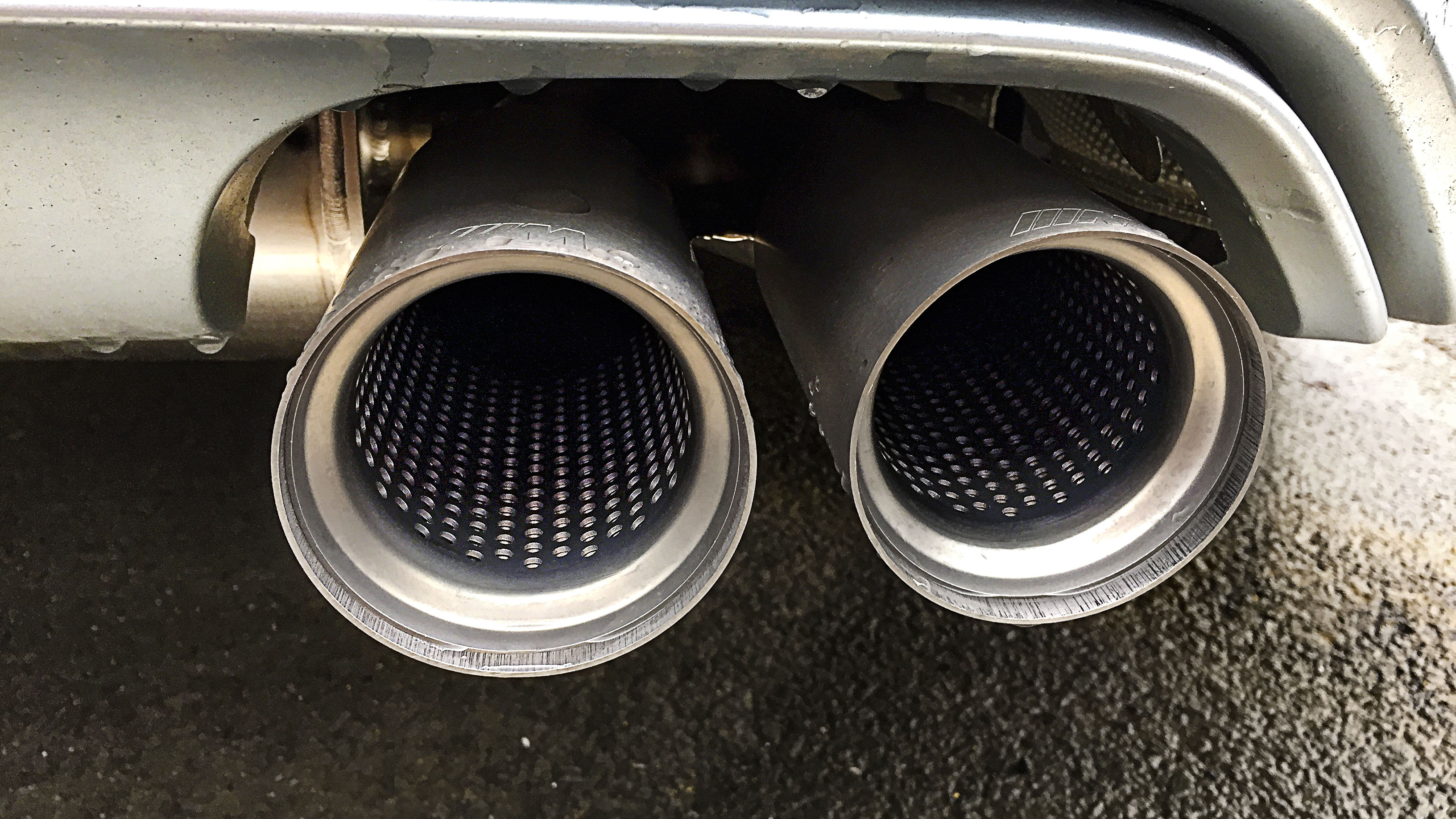 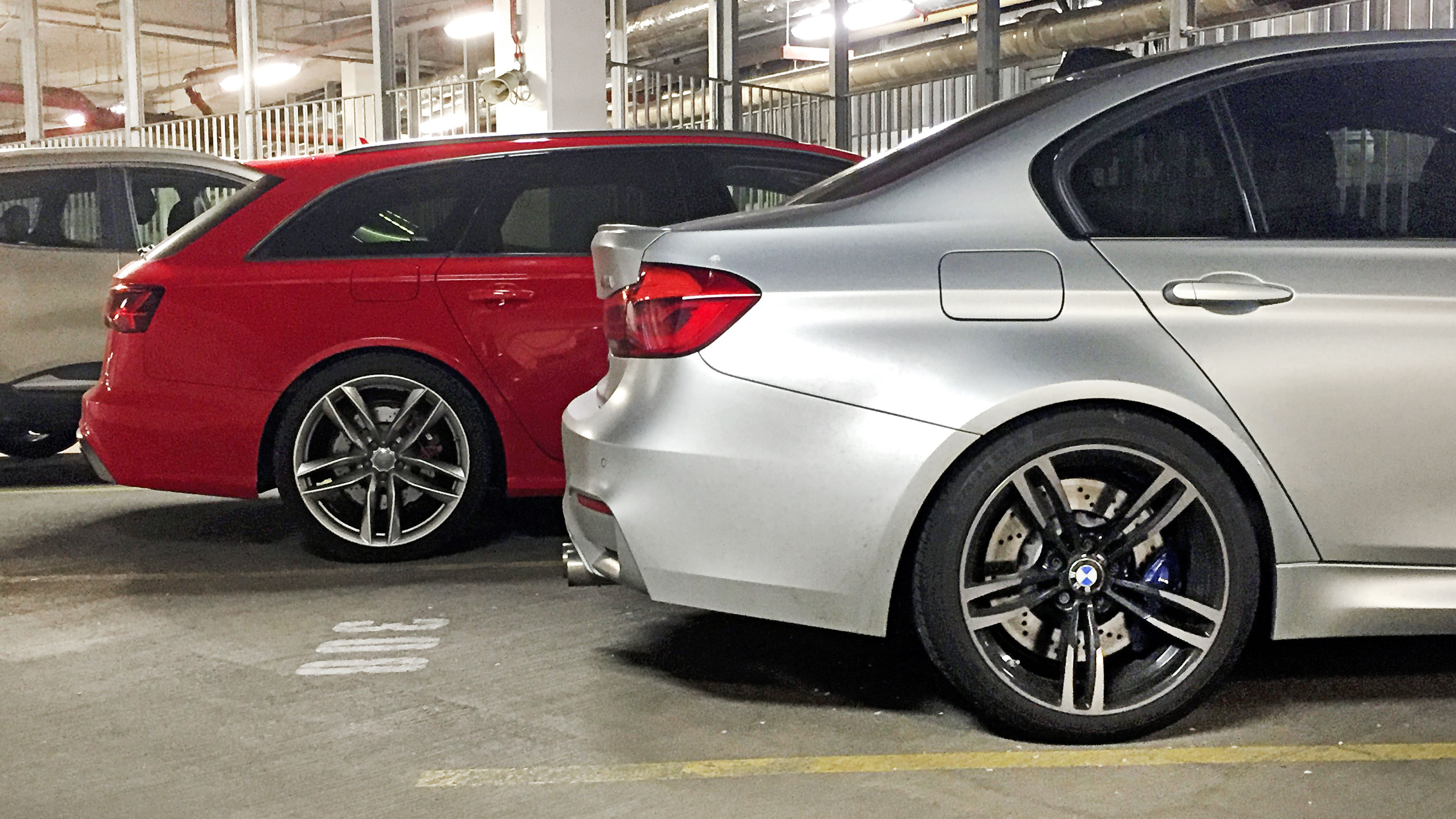 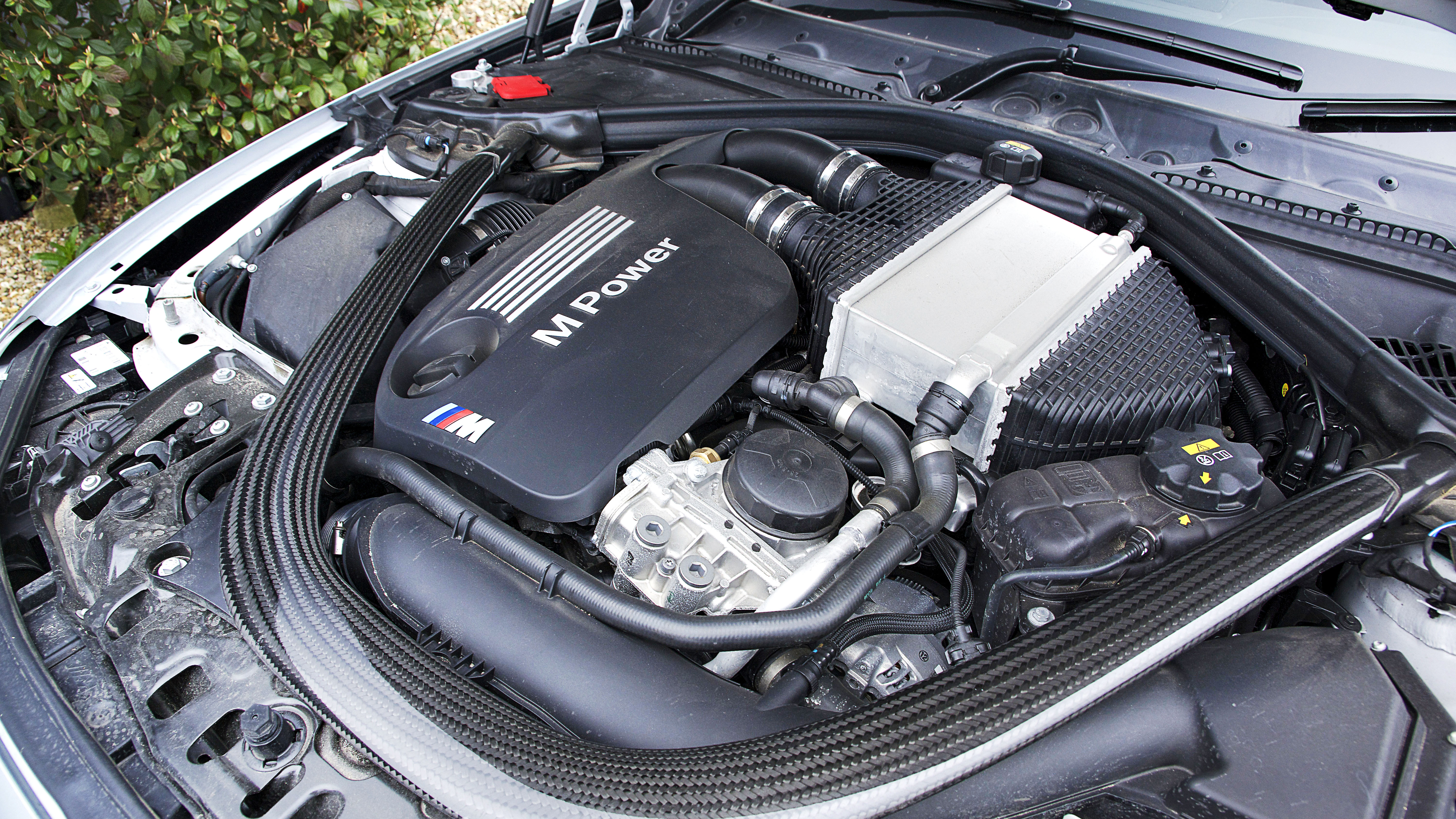 My M3 came with the standard exhaust because there’s no sportier exhaust on the options list. It sounded pretty good actually: bassy and noisy enough to prickle the senses but with an edge of artificiality that irritated me. Anyway, “sounded” is the operative word here, because then I found out that there is an optional sports exhaust, it just doesn’t appear on the configurator.

It’s called, with no sense of irony, the M Performance Silencer System and it’s made for BMW by Prototechnik. It’s a relatively easy retrofit as there’s no welding or electronic work required: just unplug the old tubes aft of the manifold and bolt the new one on – takes about 90 minutes all told. The pre-pipes are made from lightweight stainless steel, and the silencer box and finishers are titanium. More irony surrounding use of the word “silencer”.

A third lighter (8kg) than the standard one, it costs, including VAT, £3,599.04. Not cheap. You can have carbon finishers instead of titanium for an extra £300, but the way mine is specced suits the titanium better.

I hadn’t told my wife that the car was getting a vocal upgrade as she already felt the need to apologise to our neighbours when I left home early. I haven’t come clean and told her – this will be the first she learns of my subterfuge – but I think she knows something’s afoot.

So, start-up volume isn’t that much increased. It’s maybe a bit more penetrating because the pitch is higher, but that’s it. When you engage Sport mode, however, it’s a different matter. No longer does the noise seem forced, but raspier, tinnier, more intense. Also a lot louder, but mainly outside rather than in. It encourages you to use the engine more and I reckon (though this is based on purely circumstantial evidence) that it feels a bit faster through the mid-range.

Worth it? A qualified yes. It makes the car feel more special and removes the artificiality that bugged me.

Good stuff: The other day, I had the option of this or an RS6 to drive away from Dunsfold. I used to run an RS6 and adored it, but it was the M3 I chose. It’s a better size, more urgent and invigorating to drive

Bad stuff: I’m starting to get some creaks and squeaks from the door seals. I can’t think it signifies anything troublesome, but it makes it seem like there’s a bit of additional flex in the car, which isn’t very reassuring