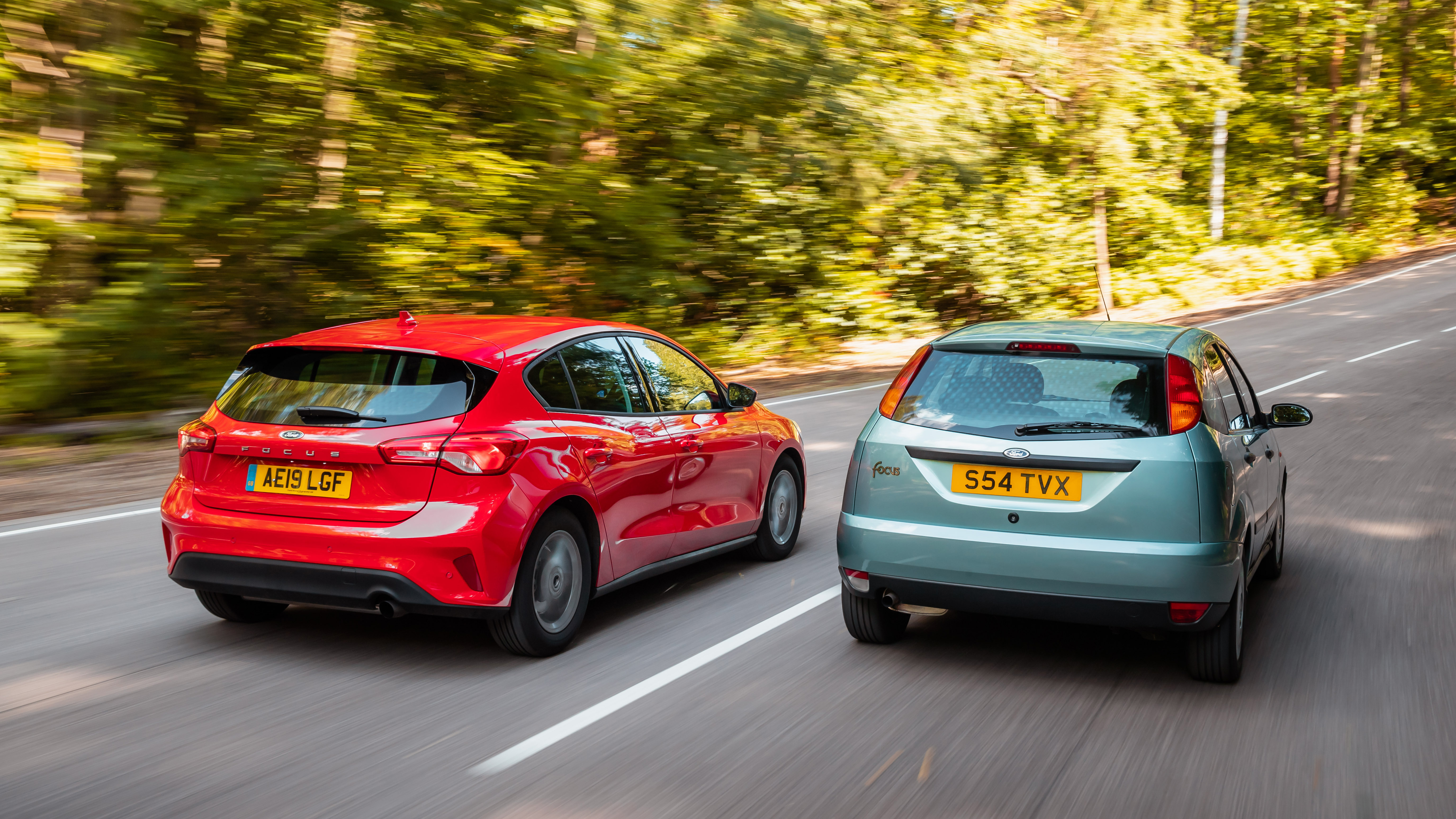 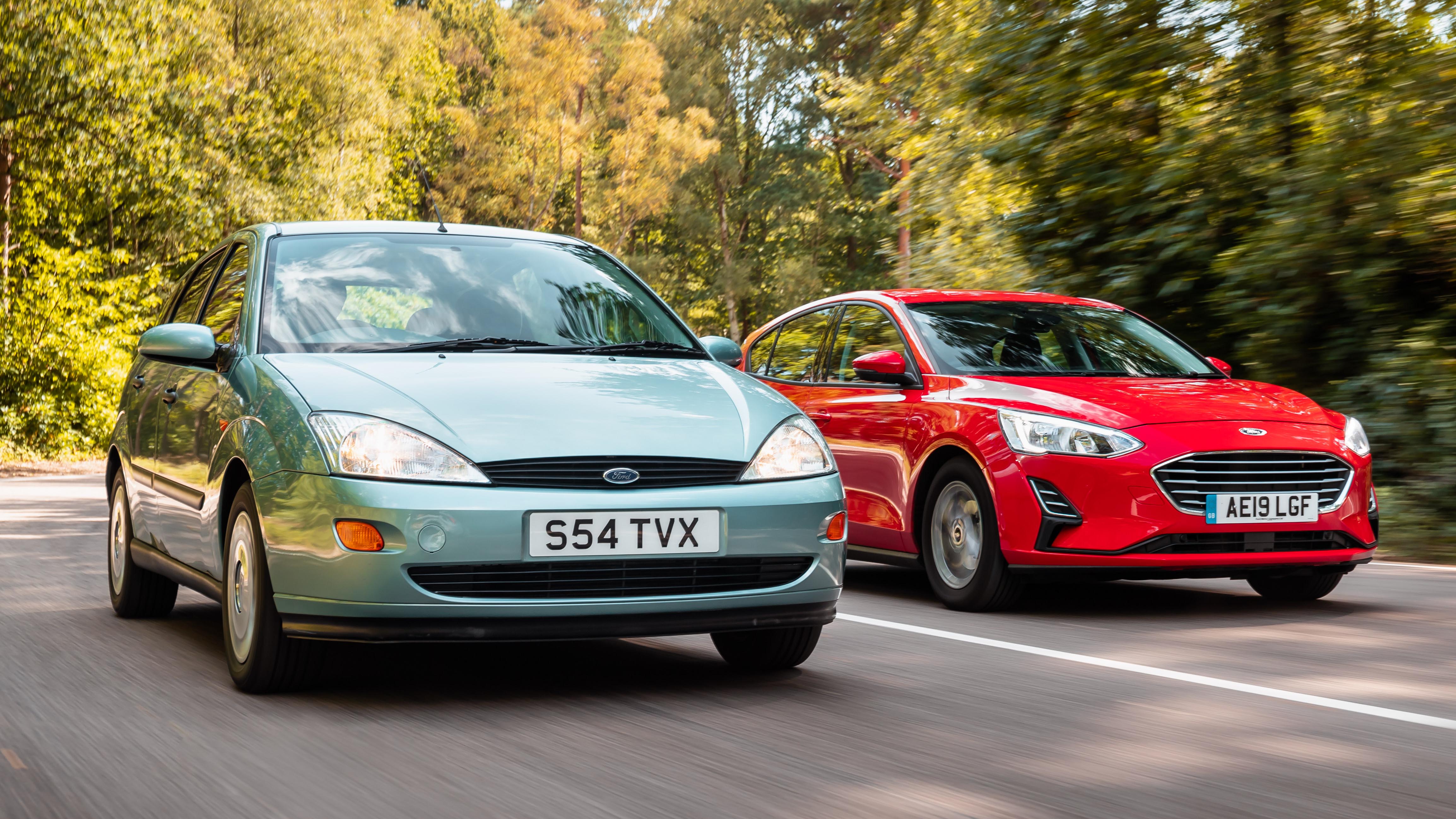 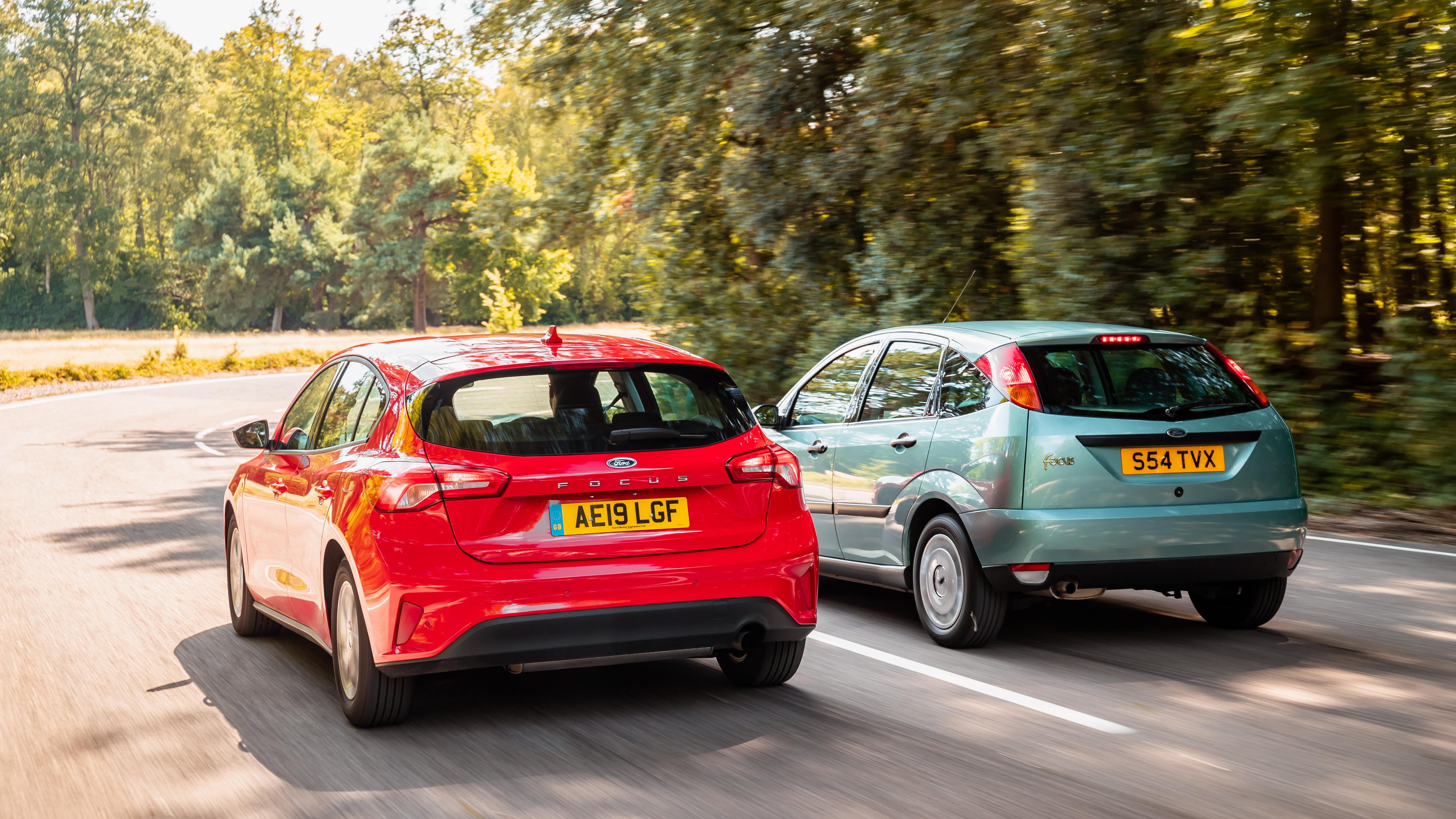 The Ford Focus is Britain’s second-best selling car… after the Ford Fiesta. So far in 2019 alone, over 36,000 have found homes here, keeping it just ahead of the (admittedly soon-to-be-replaced) VW Golf. It’s a phenomenal success story.

But that’s not why we like it. Lots of things are enjoyed nationwide but not necessarily forces for good. ITV2’s Love Island. Pumpkin-spiced lattes. Cats. ITV2 in general. See? As the poster in my Year 8 classroom taught me while I ought to have been understanding algebra: “What is right is not always popular; what is popular is not always right.”

We like the Focus because, while other hatchbacks have offered plusher interiors and swankier images, the Ford Focus is damn good to drive. Always has been. Even, as you’ll know if you’ve been paying attention to these reports, the cheapest and most basic trim Ford is prepared to sell it in. That’s the £18,310 Focus Style with 84bhp. Do keep up.

Since we’re nostalgic sorts, we needed to put the new Focus in some context for cheap family cars that are oddly fun to hurl around, and well, there’s only one benchmark. An S-reg Ford Focus 1.6 LX. The £13,350, 1998 benchmark. Oh yes, we know you come to TG.com for the Koenigseggs and Teslas, but you stay for the 21-year old teal hatchbacks.

Ford UK keeps this 21,000-mile minter on its heritage fleet. Yep, it lives in the same high-security guarded compound as Ford’s own GT, its priceless Supervans, and even a Model T. Sure, they’ve got a torquesteer-tastic Mk1 Focus RS there too. But today we’re not interested in that icon of Blue Oval power to the people. We’re celebrating more humble roots.

Now, this LX, being an ex-press car to seat pampered journo-bums on its beige velour seats, isn’t as bargain-basement as it looks, despite its plastic wheeltrim covers, plastic door handles and windy-down rear windows. It has air-con, a CD player along with its FM/AM radio, and electric mirrors. Then again, ‘my’ 2019 Focus has all that too, and more besides. But we weren’t as spoiled back in 1998.

The new car is quieter. Near-silent engine, less wind and road noise. It doesn’t have a squeak from its left-rear corner either. But the Mk1 can teach the new kid a few things about driveability. Somewhere between the longer gear ratios and tiny capacity / turbo dependency of the new car, the simple pleasure of smoothly guiding the car through the gears at a consistent lick has been lost on the new car. CO2 emissions are king. You drive around the turbo lag and the land speed record gear ratios. In the old car, you just sort of, well, drive it.

I’ll openly admit I’m more nostalgic than most about a MK1 Focus. My parents bought two of ‘em (not at the same time, we’re not royalty). A red Zetec first, then a silver Ghia. Classic Ford trim levels, and boy did we coo over having electric windows in the back and ‘fog-lights’ when the second one came along. Then Ford dropped the design ball so badly for the Focus Mk2 that, even though all the reviews said the Ford was still the B-road champ, my folks chopped in their Ford for that mad shapeship-gen Honda Civic. And five years of not being able to see out of the wiperless back window when it rained. Whoops

What the Mk1 did so well was that, besides its genius chassis and bonkers styling, it worked. No gimmicks. It was spacious, reliable, and cheap to run. And what I love about this bargain-basement Mk4 Focus is that quality shines through still in 2019. It just works. So we’ll keep buying them, in our thousands.