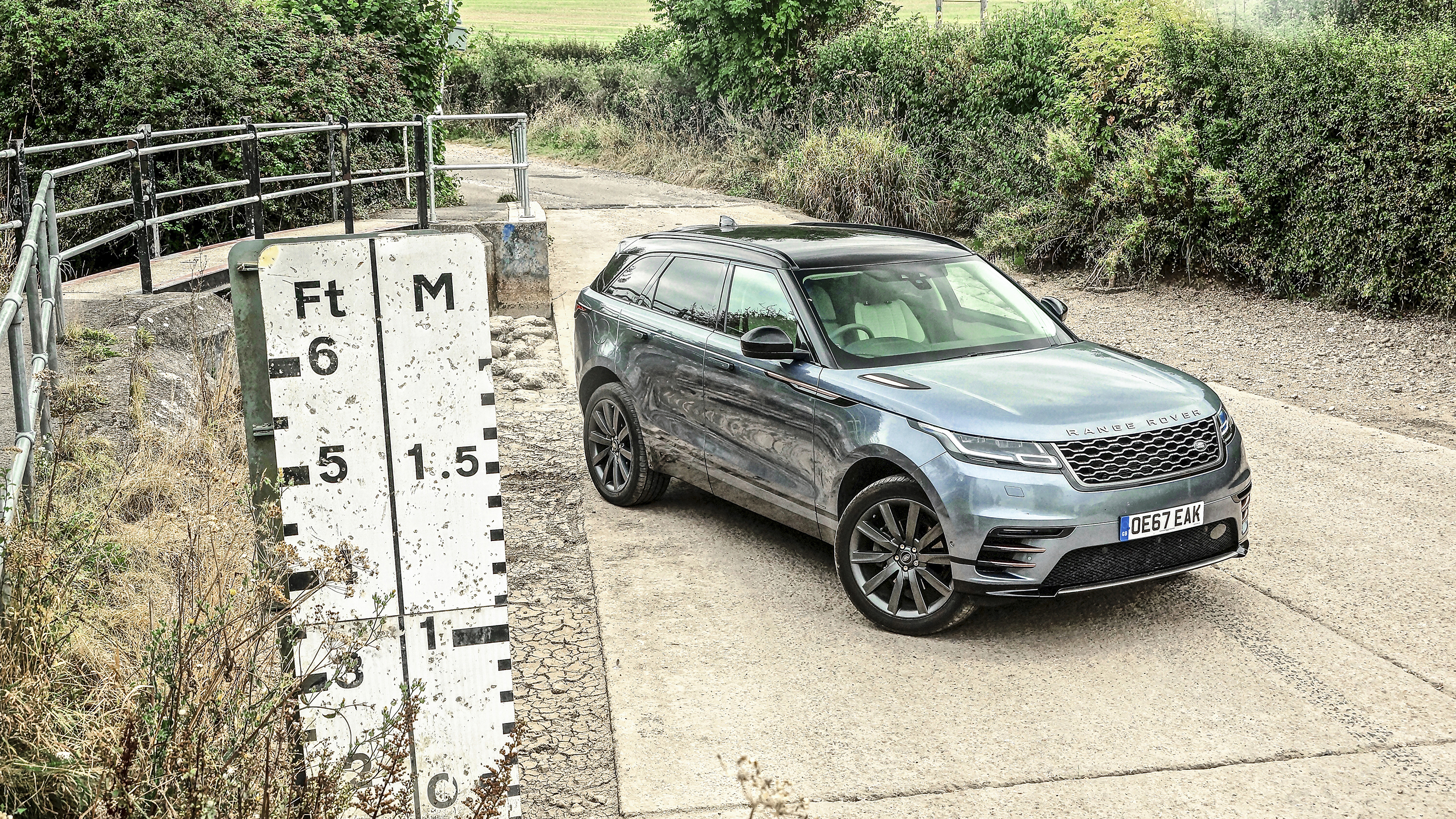 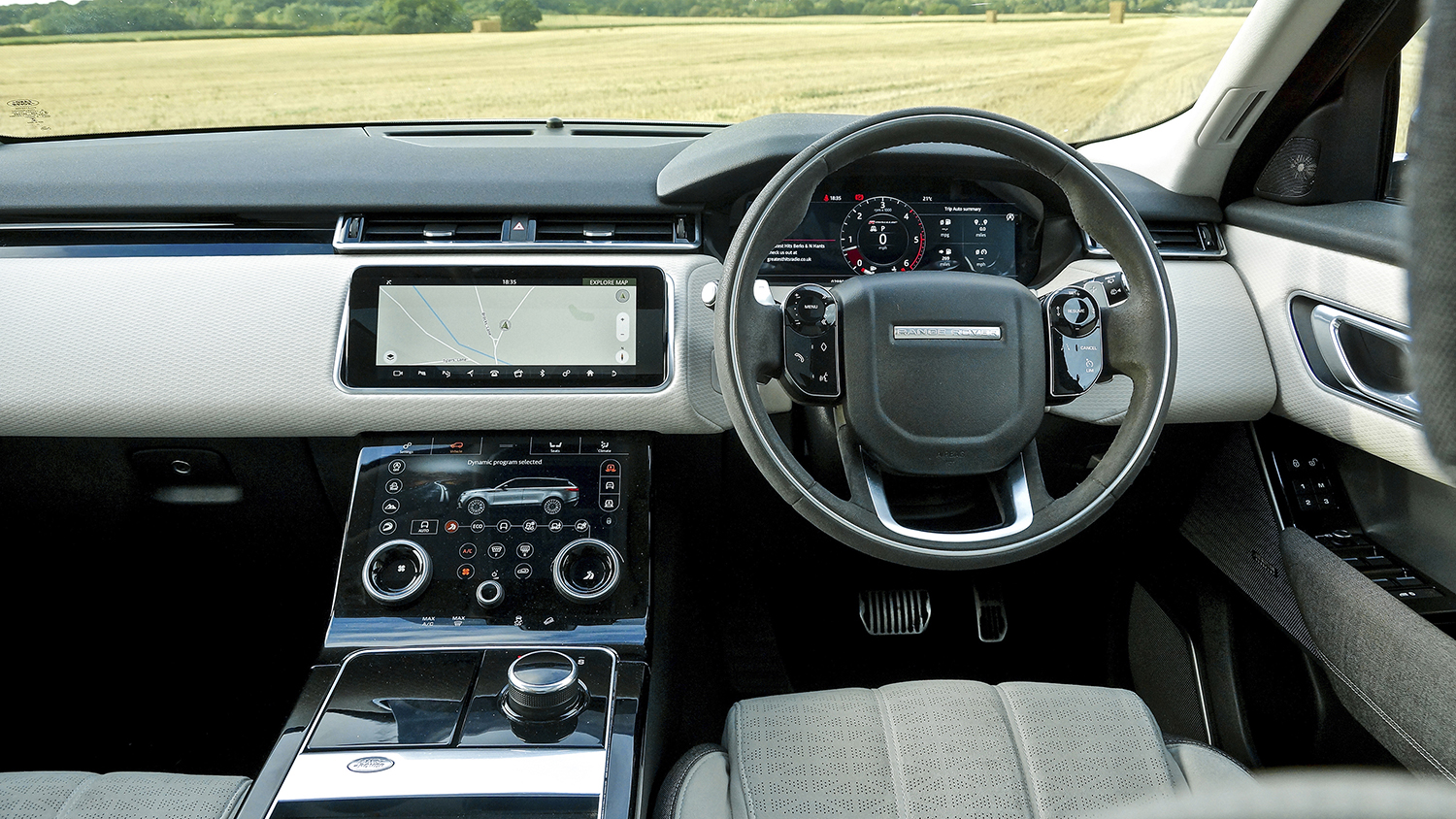 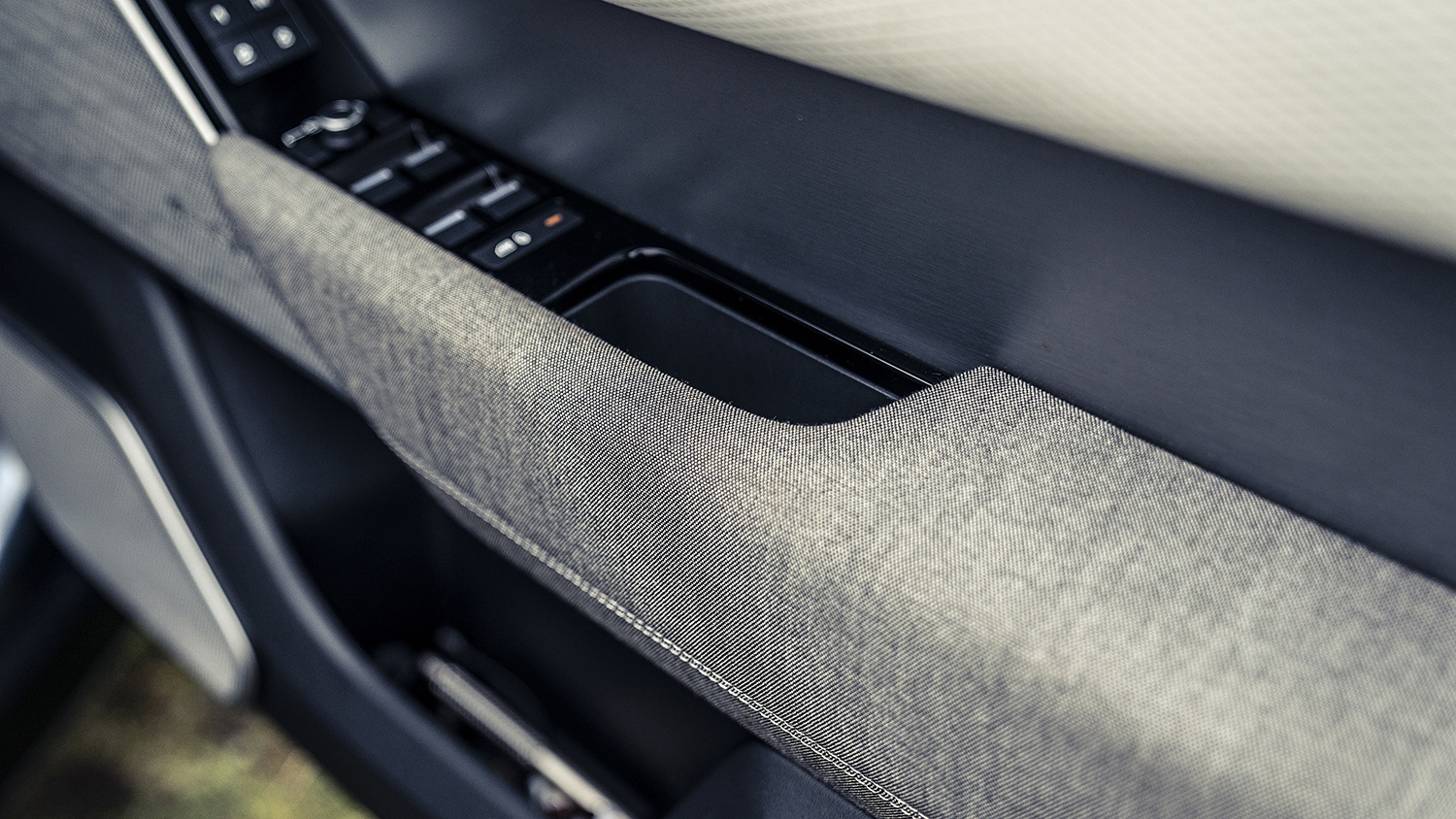 A car should exceed your expectations. It’s as simple as that really. And if it does, it’s A Good One. I didn’t think the Velar would, but it has. There have been issues, and I’ll come on to discuss those, but as I look back across the last nine months and 18,000 miles I’m struck by how fondly I view a car I thought would rub me up the wrong way.

OK, so my expectations were low. To me, the Velar was all I didn’t like about modern Land Rover – too self-conscious and self-aware, overly designed, preening, a chi-chi air-kissing urbanista. Coming from Land Rover I didn’t think it was a car built on solid foundations. I got all the others, even the Evoque, but this? No. Especially not at this price.

This may be you right now, thinking the Velar isn’t a proper Land Rover. But let me tell you this: I’ve towed with it a trailer full of logs, another loaded with my old Peugeot, I’ve carried stuff in it, a pair of mountain bikes, a single bed, and on it, more bikes, a roofbox. It’s been off-roaded, romped through mud, fords, towed stuff across fields. It’s been camping, road-tripped 2,500 miles around Scotland, lived the family life. We’ve put it through the wringer and it’s never let us down. Well, not fundamentally.

Let’s get this out the way now. Occasionally all the lighting on the dash dims. Sometimes the electric boot closes when I’m leaning into it. The matrix LED headlights aren’t to be trusted. The gearbox’s torque converter occasionally refuses to lock up, leaving revs accelerating ahead of road speed. The phone/infotainment connection is flaky (although Apple Carplay is much more stable since I upgraded my phone). These are faults, some minor, some very irritating.

Then there are the nuisances: the positioning of the boot opening button next to the electric handbrake by your right knee so that if your fingers slip when applying the handbrake (very easy to do), the boot opens. This will only happen if you’ve reverse parked within a few inches of a wall or have a trailer on tow. The tailgate bears the scars. The brakes need too much pressure to stop the car, leading to one or two raised heartrate incidents. The thumb pads on the steering wheel need a steady, deliberate, accurate press. This is more failures and fallibilities than we get with any other brand. I have two friends with Velars. One is like me: likes it despite the issues. The other rejected his and got his money back.

Should this put you off? Hmm. We have more issues with JLR cars than other brands, but few are completely bombproof. The BMW M5 I ran before had occasional Apple Carplay issues, an old Honda CR-V constantly flicked to main beam. Historically, Land Rover builds cars better as time goes on. Fingers crossed. None of this has fully knocked my confidence. It’s never failed to start or proceed, there’s always a workaround. Usually of the ‘turn it off, lock it, turn it on again’ variety.

The cabin is what I’ll miss most. I reckon it’s nothing less than the best cockpit of any new car on sale today. It’s a superb blend of clean, sleek design and great materials and textures. Already sold on getting a Velar? Have it with the Kvadrat fabric upholstery. It’s softer, snugger and grippier than leather. Pair it with the textile dashboard and suedecloth steering wheel for the full effect. It’s not cheap, but really sets the Velar apart, feels special every time I get in and offers something it’s more austere German rivals don’t. It’s even wearing pretty well – a bit of scuffing on the driver’s outer bolster, but that actually suits it. Keeping it clean is the issue: it marks easily, but has also cleaned up well.

To drive it’s more relaxed, less focussed on rock-solid body control (and the ride that goes with it) than, say, a Macan or BMW X4. The chassis is mellow, permits roll, handles acceptably enough, but isn’t quite as plush and sophisticated as the styling and design would lead you to believe. Low speed impacts shudder through, there’s some steering kickback. It’s often sluggish at pulling out of junctions. But once rolling, with the big diesel rumbling away in the background, the combination of comfort and cabin ambience make it a calming thing. I find myself leaning back, resting my elbows and just cruising along.

Tyre life has been exceptional – The Conti Cross Contacts have rolled over 18,000 miles, yet still have over 4mm of tread all round. Fuel economy is poor until the engine warms through – you won’t top 30mpg for the first 10 miles. Driven gently, it’s then capable of decent feats of economy. This morning I got 42.8mpg on the way to work. Overall, since it arrived with 12,000 miles on the clock, it’s averaged 32.3mpg, against a trip reading of 34.1mpg. That’s merely OK. Makes you wonder whether you’d be better off with petrol as a long term proposition. Depends on how many miles you do and what you want. The 300bhp petrol is a 2.0-litre turbo that acts and sounds less muscular than the big diesel. Petrol is only 13g/km dirtier, though.

Its positioning is interesting – even a near-base 180bhp diesel is over 50k, so this 300bhp model is priced well above the equivalent £48,289 Porsche Macan S Diesel, more in line with full size SUV rivals such as the Mercedes GLE 350d. It’s not much shorter, but it is a fair bit lower, with knock-on effects for the driving position. The self-conscious might find themselves reaching for the suspension lift in heavy traffic. The Velar does make the Range Rover Sport feel old though – the bigger car is crisper to drive, but not nearly as nice inside. I reckon the Velar has more road presence too – inside and out it’s a corking bit of design and there are precious few SUVs you can say that about. Provided you have it on big wheels. I hate to say this, but 21s are the sweet spot.

Maybe it’s me that’s changed. I don’t even object to the rose gold inserts now (although I refuse to refer to them as such. Copper is acceptable). Maybe in driving the Velar I’ve become more design-conscious. And then I look at what I’m wearing and am instantly reassured. The Velar is more adaptable and capable than I first feared, it’s risen to meet all challenges, and proved to be a calming haven on the move. There’s a part of me that still isn’t convinced by the Velar, the part that gets teased by mates when they see what I turn up in, but at least I can honestly say it does the job of a proper Land Rover. Right down to the glitches.