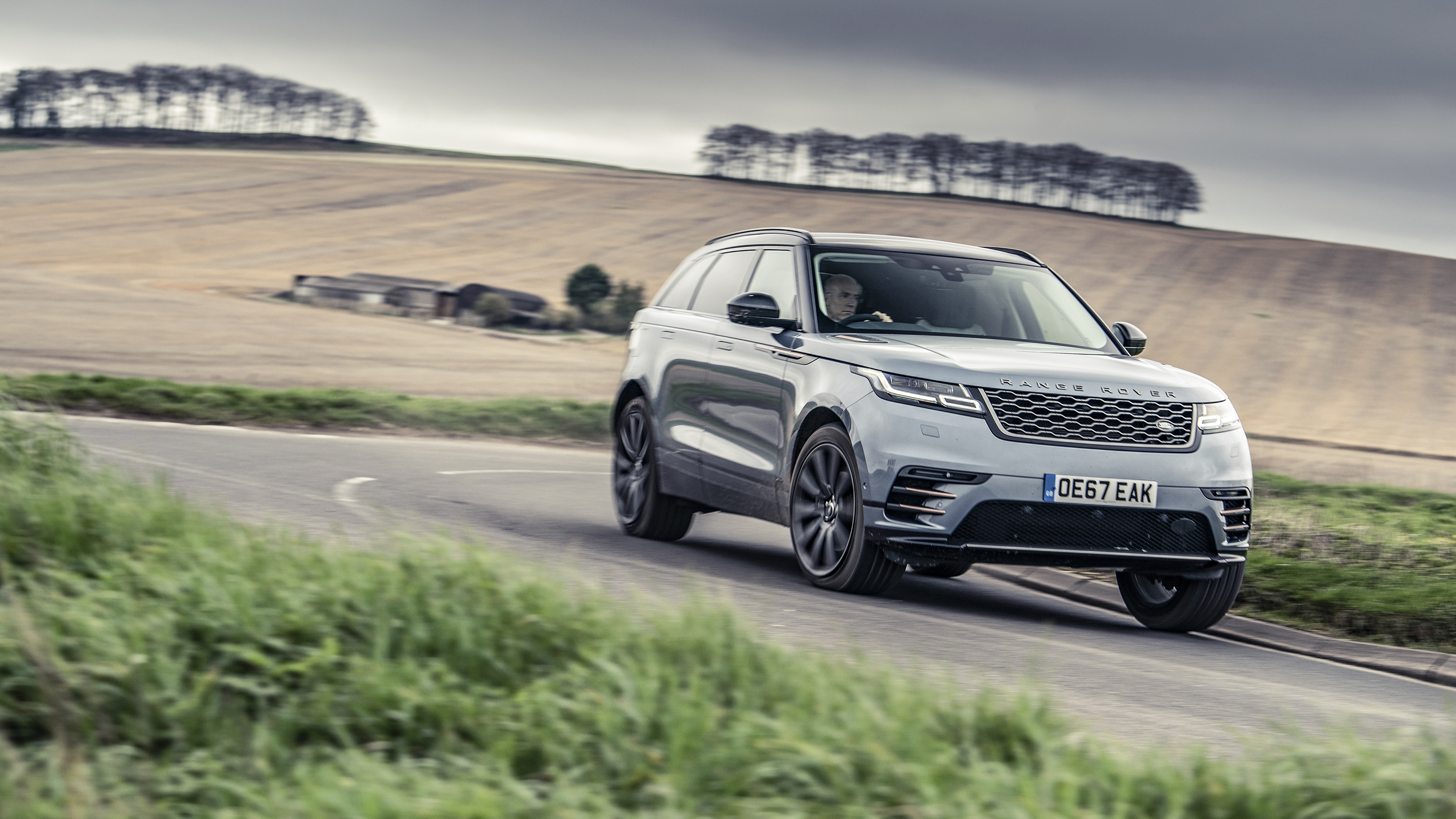 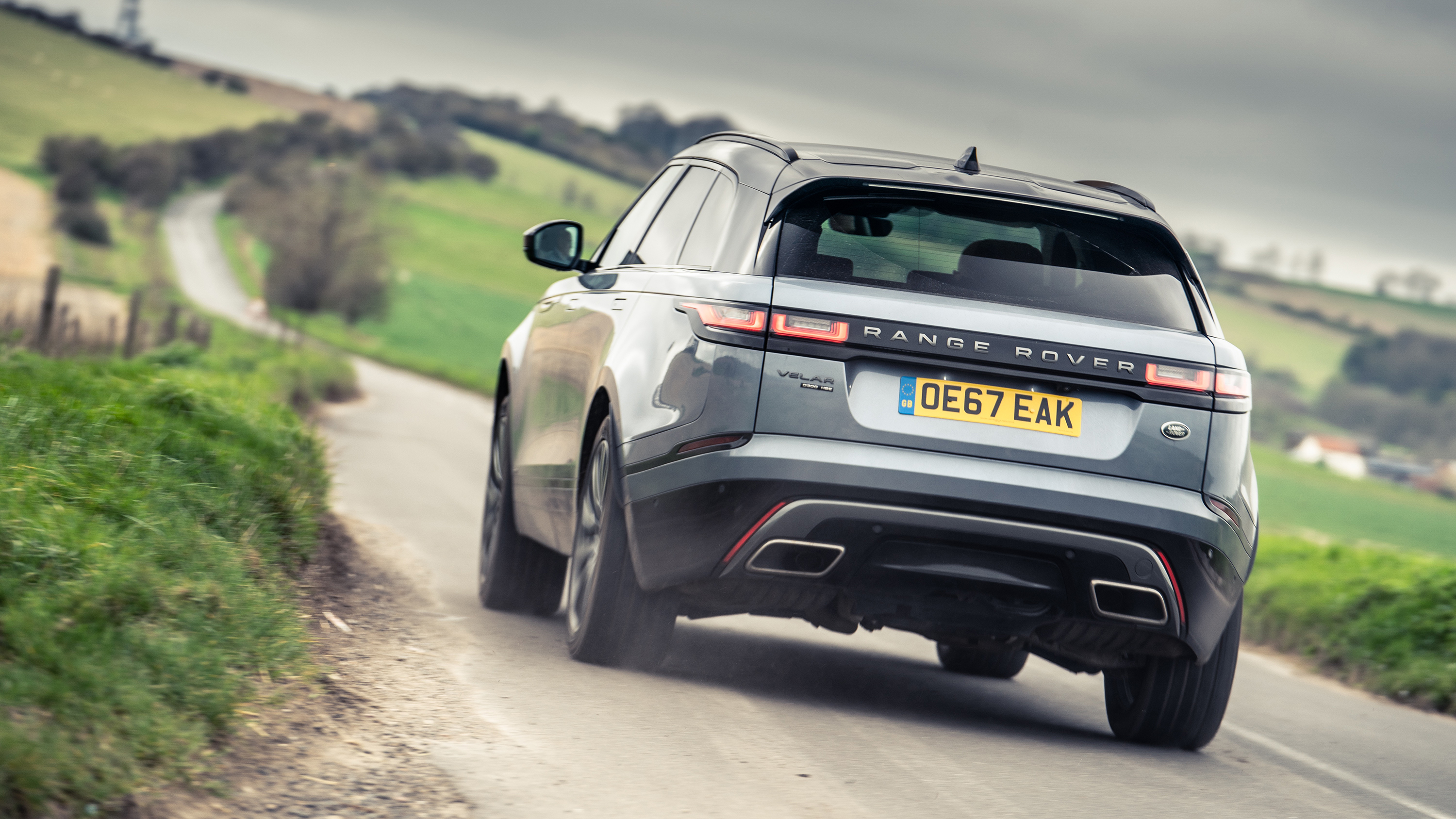 Is the Velar secretly sportier than a Range Rover Sport?

Let’s talk dynamics. Tricky one this, because the Velar isn’t pitched as an especially sporty SUV. That’s big brother Range Rover Sport. The Velar’s the stylish one, for urbanists. In cities it doesn’t feel big. Oh sure, see it in isolation and those lines look confident and imposing, but yesterday I lined up next to a Hyundai Tucson at a set of traffic lights and there wasn’t much in it. So I raised the suspension. Because I could. Afterwards I checked it out. Yep, without levitating the Velar’s only 15mm taller. It doesn’t feel especially wide, with the exception of the dropping roofline it’s easy to see out of and it fits in streets.

But I digress. This is an R-Dynamic Velar which – forgive this mis-assumption – I had assumed meant it got sportier suspension. This had left me puzzled until I looked it up. Nope. R-Dynamic is a cosmetic thing: kickplates, integrated exhausts and different bumper design. The adaptive dampers are the same as those fitted to other Velars. Which explains a lot.

Look at the body roll. That’s not dynamic. But that’s in wound-up Dynamic Program mode. To be fair to this 2029kg SUV, it’s actually a pretty fair communicator. It’s not nearly as aggressive and responsive as a BMW X3 M40i or a Porsche Macan, but the chassis does supply information. A bit bluntly maybe, but you know where you are with it. You can hustle it about if you want and the balance between tyre grip, roll, heave and chassis precision is actually well managed. It’s just not a sharp-handling sports SUV. If that’s what you want, get the 550bhp Velar SVAD.

So the Velar is sport-ish. It looks the part and with a thumping 516lb ft of torque fed through all four wheels it ain’t half effective at getting itself out of slow corners in third gear. That’s its party trick. If you see a Velar leaning back on its outside rear wheel, be on your game in your hot hatch, because that Velar is about to uncoil. And it’s not slow. I timed this one to 60mph in 6.6secs, but more importantly that fat wodge of torque is easily accessed.

Provided you’ve woken the gearbox up. Essentially this means pulling paddles. And not forgetting to shift down as you approach the corner you want to jet out of – it won’t do it for you in manual mode. Left in D, or twisted round to S-for-Sport, it won’t wake up until you’ve hit the throttle, then frantically try to make amends.

I’m in a minority, I get that. Not many Velars will charge about the place. But driving gently is not without its frustrations. Gearbox again. It seems to me that after 10,000 miles the transmission is running out of tune a fraction. I might be imagining it, but the step-off delay when pulling away seems worse, and the torque converter seems less keen on locking up. On a couple of occasions it’s actually done the full slipping-clutch fandango, revs rising, but clutch not properly engaging. More torque than the transmission can handle perhaps?

And more weight than the brakes can handle. OK, that’s not quite true, but you do have to put more pressure into them than you expect to get it slowed. The pedal really ought to be firmer.

But aside from gearbox and brakes, the Velar – as I’ve said before – is a rather lovely daily driver. It’s compact, but doesn’t feel it inside. Thanks to the panoramic glass roof and deeply lovely Kvadrat upholstery it’s light and airy inside. The cabin design is very elegant – all the Germans look far too hectic and complex next to it, and that’s not good for relaxation (mind you, nor is the Velar’s deteriorating infotainment, more on which next time). And it has this lovely pillowy long frequency ride, softly rising and falling with the road (glad I went for the 21s, rather than the overkill 22s).

Sharper impacts are dealt with less impressively. Here the Velar’s chassis can’t cash the cheques its luxury ambience is writing. There’s some chassis shake, a bit of steering kickback, some noise intrusion. Enough to knock the edge off the refined atmosphere, to suggest that the Velar’s background might not be as privileged as it portrays.