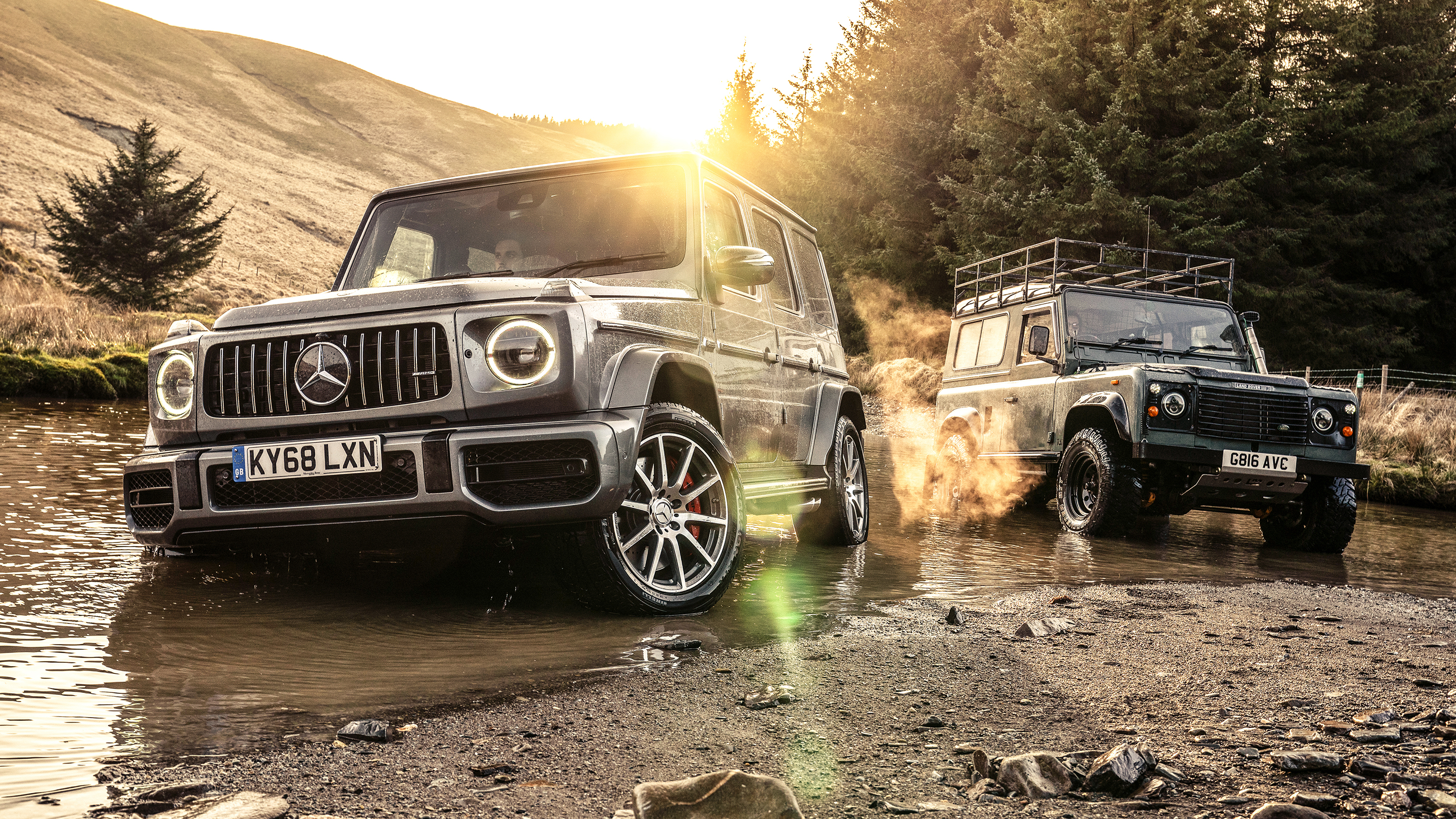 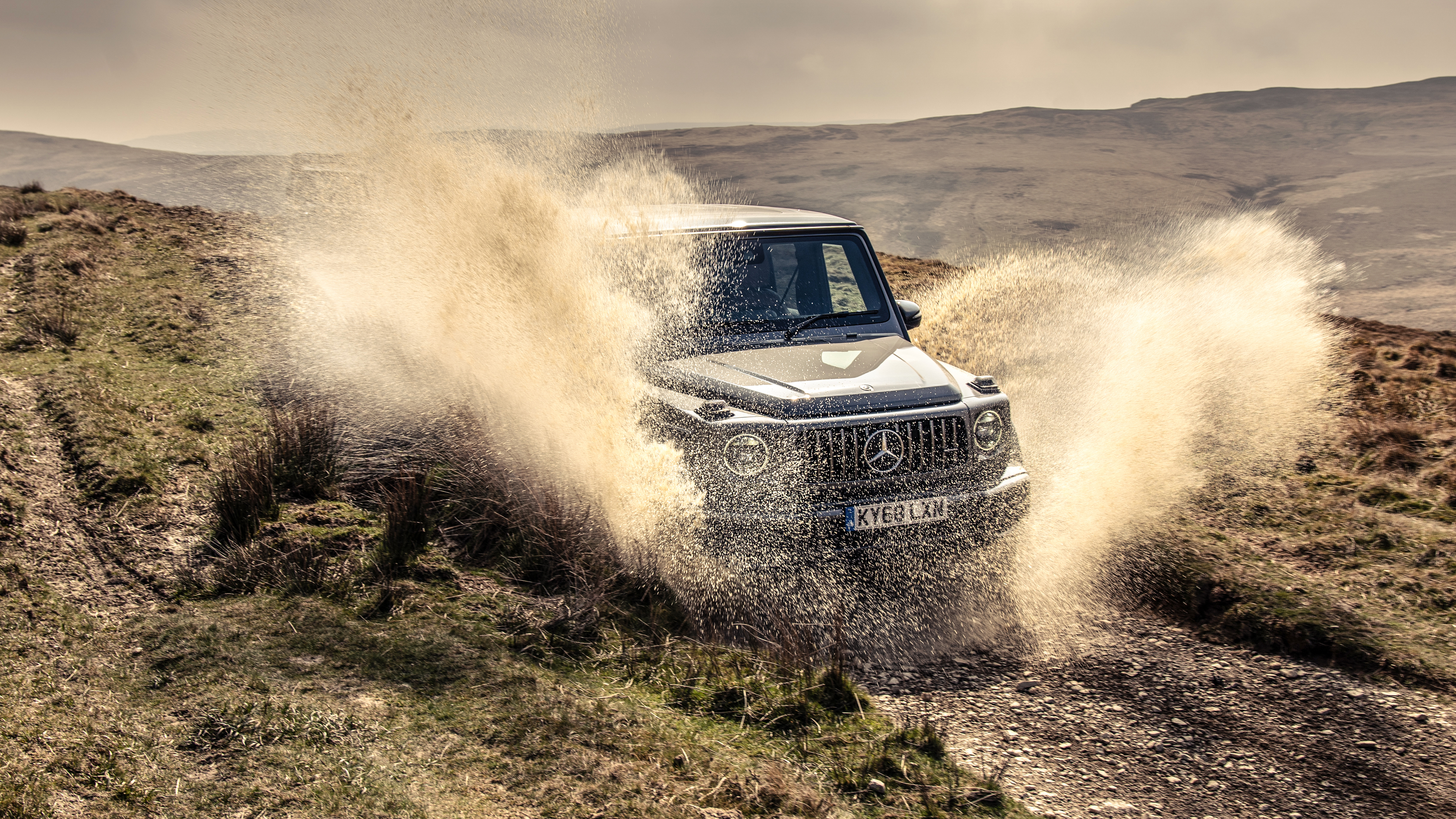 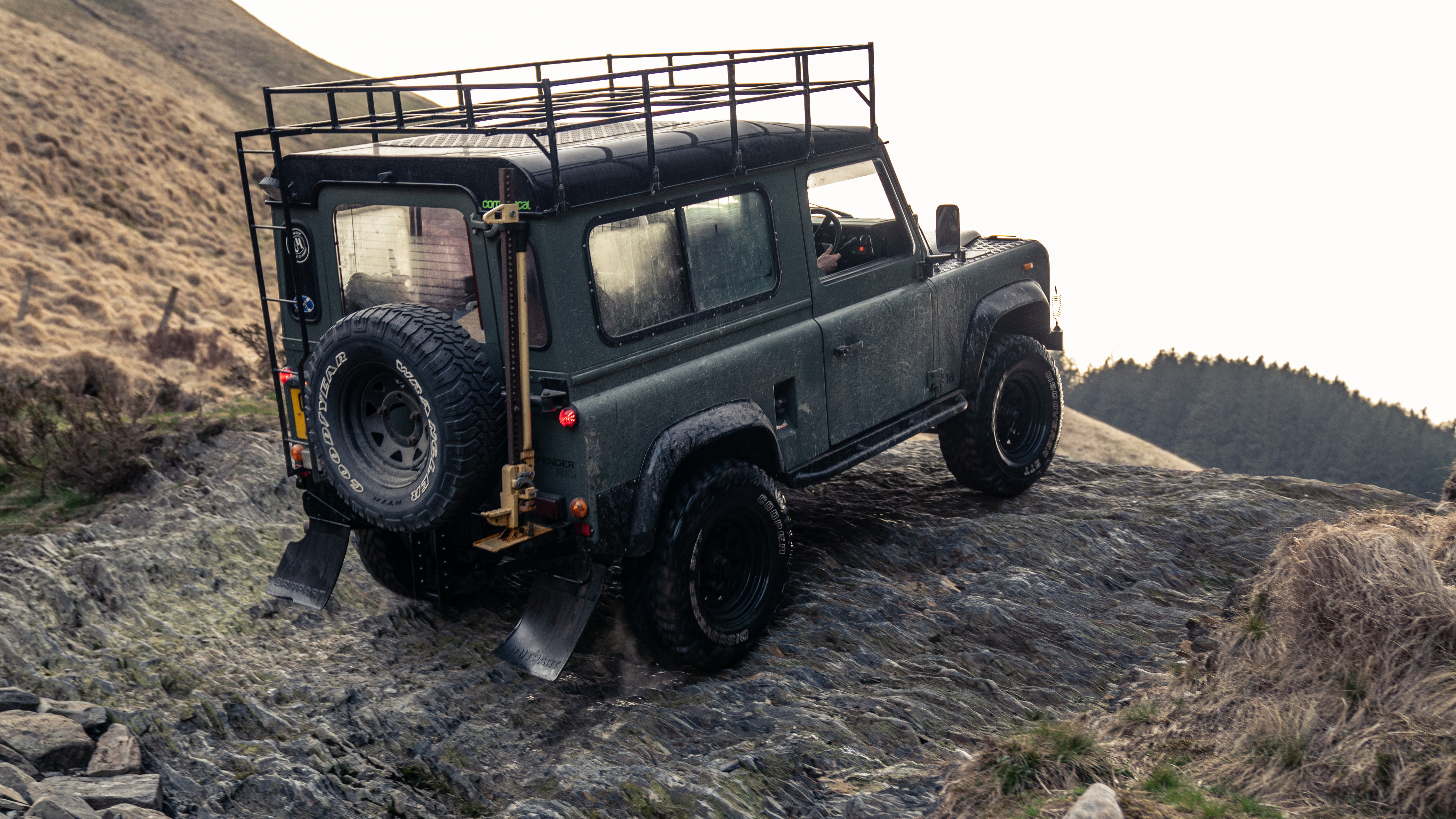 With the proliferation of ritzy interiors and road manners, has the more refined G63 outgrown its welly boots? To find out, I recruited TG’s off-road enthusiast, Simon Bond. Having had a platonic relationship with a 1990 Land Rover 90 for the last three years, Si spends his Friday nights bumbling down the inside lane of the M4 in a plume of acrid diesel smoke to spend the weekend trudging across mucky parts of Wales. So, for one weekend, I thought I’d join him to compare notes versus his Defender (as everyone in the world seems to use it as the benchmark of ‘a proper off-roader’) to see how the G63 would get on.

RH: As a Defender enthusiast, you must hate the G63, right? You mud pluggers think it’s all hat and no cattle.

SB: Ah, yes. The ‘just-nipping-to-the-shops’ practical runaround of your average oil tycoon. I mean, it doesn’t really scream rough and ready, does it? How much does it cost to replace a tyre? And don’t get me started on all that AMG trim…

RH: Wait a minute, let me rattle off some of my off-roady features: three off-road modes (sand, trail and rock), low-range, three diff-locks, wading sensors… the list goes on and on. Do you have any of those?

SB: Should we talk about what happened when you tried to tackle the ‘bomb hole’ (a steep breakover and drop on Strata Florida)? Just how did those sparkly sidepipes fare? And while we’re at it, did you ever get that mud out of those expensive carpets?

RH: Irrelevant. But did you see how fast I was going? The high-speed damping is insane in the G63 – you couldn’t keep up. When I tried to tootle down the same track in the Defender, my head was in the roof lining at 10mph and I nearly lost both thumbs to your steering rack.

SB: That’s your own fault for not following rules 1–47 of off-roading: never wrap your thumbs around the steering wheel. Did your mother never teach you anything? I’ll grant you that, though – on a wide-open track, the ride on the G is sublime. On the subject of wide-open lanes…

RH: Yes, yes, the G63 is a big ol’ boy. At 2,187mm (if you want the use of your mirrors) it only just fits down those anorexic Welsh lanes. Your Landy was suitably snake-hipped.

SB: I did spend an awful lot of the day wincing as you threaded those chintzy wheels past errant bits of bedrock.

RH: The G does look bloody cool in this environment and splattered in mud, though.

RH: Yeah, yeah. Though I could have done with your snorkel when we were crossing those rivers. Even with a wading depth of 700mm and clever sensors (if the G starts to submerge, the primary intake channel located behind the radiator closes so the engine draws air from a higher, alternate intake behind the headlights) it still felt – excuse the pun – out of its depth.

SB: With an old Land Rover there are no worries. And none of that new-fangled electrical jiggery-pokery. It’s hakuna matata motoring. You just get stuck in. And if you get stuck too far in, you reverse out and try again. With more schnell.

RH: But you got wet, I didn’t. MB has protective cladding on the inside so water can’t come in when fording. The Defender is built like a sieve.

SB: A characterful, loveable sieve. The G may be incredibly capable, but it’s not engaging. It’s takes care of everything a little too well. There’s no sense of accomplishment.

RH: I’d hate to admit it. But you’re right. The G63 is extremely capable off-road, a G500 even more so. But it’s not as fun as the Defender. It’s too easy. It’s the business class of off-roading: relaxing, effortless. But it’s not fun. If you’re going out for a good time, you want to be engaged by pulling levers, juggling clutch pedals and taking liberties.

SB: Wait, are you saying the Defender is better?

RH: For a weekend off-roading in Wales, yes. Anyone who likes driving can’t deny it’s a riot. But do I want to sit in the inside lane for five hours being deafened in a bath of carcinogens back to London? Nope. I’m good with my heated seats and Burmester stereo, thanks.